HiFiMAN may not be the first company that springs to mind when you think of high-end audio but it has now been churning out good quality headphones and other portable audio devices for some years now, and one of its most popular products is the RE0 in-ear headphones. Available for around £60, they’re clearly not the be all and end all of high-end audio but they are an absolutely cracking buy. Here’s why.

The first thing you notice about the RE0s is their build quality. From the metal housing for the earpieces through the thick cabling to the substantial angled jack plug, they feel considerably better prepared for a life rummaging around in the bottom of a handbag, being sat on in back pockets or being yanked from your lugholes as you bustle to board a bus, than many other rivals. 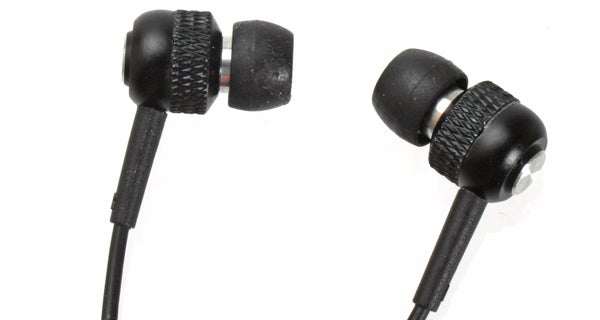 It’s not just the build materials, either. The jack plug’s near-45 degree angle (as opposed to 90-degree or straight) means it suits most headphone jack socket placements (side, top or bottom), without putting undue strain on the cable or becoming too cumbersome a snag hazard. And for what it’s worth, it’s gold plated too.

The main cable has an even-split design (rather than one side being longer than the other, for wrapping one side round the back of your head) but you can use the little metal ring that encircles the two cables to adjust their length. This lets you choose how much lose cable there is, giving you the option of pulling the cable snug up underneath your neck if you so wish. The cable is 90cm long up to the point it splits with a further 40cm for each ear, which is about perfect for keeping your mp3 player in a trouser pocket.

It’s worth noting that these compromises are just that, so if you specifically do want as low profile as possible a right-angled jack, or if you want to wear you cable off to one side then other sets do offer this.

The cable itself is fairly thick, making it a tad stiffer than some but equally it feels considerably more sturdy, and is still easy to manhandle. What’s more it remains kink free and isn’t overly prone to getting tangled. Where it joins the jack plug is considerably reinforced yet tapered allowing for a good amount of give if your phones are tugged or plug is knocked. The joins to the earpieces are less solid but still sufficiently sturdy.

The earpieces being made of metal doesn’t actually add much to their efficacy as earphones – it has no particular acoustic properties, and failings due to the earpiece casing actually breaking are pretty rare. Nevertheless, you can at least be safe in the knowledge that they’re likely to survive if you happen to step on them. 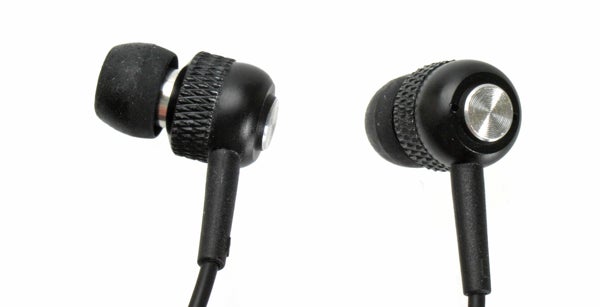 Petite is how we’d describe the housings, indeed with the default single-flange tips we almost found them too small for wearing with the cable hanging straight down from our ears as we had to really push them in to get a good seal, which in turn caused the cable to foul against the outer part of our ears. Mileage will vary but we generally found them a little unsatisfactory wearing them this way, particularly compared to the very comfortable Klipsch S2 for instance.

However, flip them over to have the cable running over the ear and they become very comfortable and easy to fit. Not to mention quite secure too. Indeed we found that by using the smallest single-flange tips and wearing them over-ear we could happily rest our head on a pillow.

You get three pairs of single flange rubber tips in the box, and two double-flanged rubber tips, so fans of squishy foam tips are out of luck. What’s more the tips aren’t the most comfortable we’ve encountered, with again the Klipsch offerings being among the best we’ve used. There again, it is a ”very” personal choice as to which tip is most comfortable.

Also of import is that while noise isolation is decent, these won’t block out everything around you. They’re effective for eliminating the chatter of an office or bustle of a high street but the noise of an aircraft or the underground will seep through somewhat. Microphony (the distracting noise you get when the cable is brushed or knocked) is quite noticeable but is greatly reduced when worn over-ear. 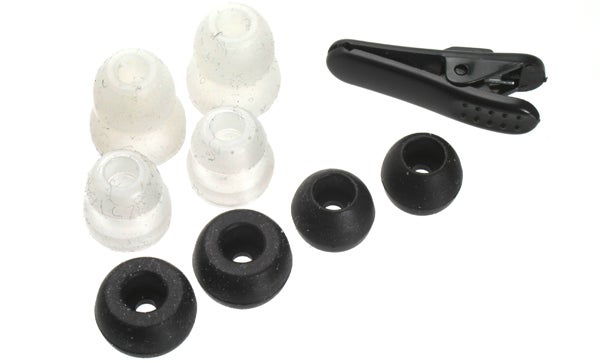 Other accessories include a cable grip, for keeping it held secure against your clothes, and a selection of replacement filters. These sit on the end of each earpiece and keep grime from entering the inner workings.

So the HiFiMAN RE0 is a particularly attractive choice because its design, while not perhaps optimised for any one wearer, will offer comfort, usability and durability to the vast majority. It would all be for nought if they didn’t also sound good, though. Thankfully, they do.

“Clean and crisp and even” would be a good phrase to use to describe the sound of these headphones. Bass is modest but accurate while mids and highs also have a satisfying evenness.

For such a modest headphone they deliver an impressive amount of detail, thanks largely to their prominent high end. This really allows you to pick out individual instruments and appreciate the full expanse of the music. Sometimes this can verge on sibilant, with the crash of cymbals in particular coming through a bit strong on occasion. However, once burned in (used for a few tens of hours) they settle down. This high end also helps creates a surprisingly impressive soundstage for such a modest headphone.

All that said, there’s no denying these are a slightly ‘cold’ and almost clinical sounding set. This is very much down to the fact they create a very accurate and flat sound but nonetheless, they don’t wrap you in mid-range warmth. Most obviously, though, these aren’t for bass heads. While they can produce bass, giving tracks such as La Roux’s Fascination or The Knife’s Heartbeats a satisfying thump, it’s always kept level in the mix and extension isn’t all that deep so you miss out on some of the deepest rumblings. This is probably most acutely felt when listening to heavy metal where they can just sound a little weak, unless pushed to uncomfortable volume levels. Incidentally, they can go to serious volume levels without distorting.

If you like a wide variety of music, though, the RE0’s come up trumps. While the neutral sound can come across as a bit flat and boring at first, as you sit listening to the full vastness of your library you realise the RE0s are simply presenting exactly what’s there and you really grow to love the steady delivery.

The HiFiMAN RE0 aren’t going to be the perfect headphone for everyone as they lack the true bass kick that some listeners love, and at only £60 it’s no surprise they don’t offer up every detail available. However, if you’re after a headphone that has a natural tone that lends itself to a wide variety of genres, is well made and comfortable to wear, these be them.