HiFiMAN is a widely-respected name among audio nuts, but it has only been in the headphone game since 2009, having debuted with the HE-5. The HE-400 pair is one of the most affordable and accessible sets it has produced yet. It’s the cheapest planar magnetic headphone in the range, and is designed to work with the output from a MP3 player, rather than demanding a headphone amp to let you listen. 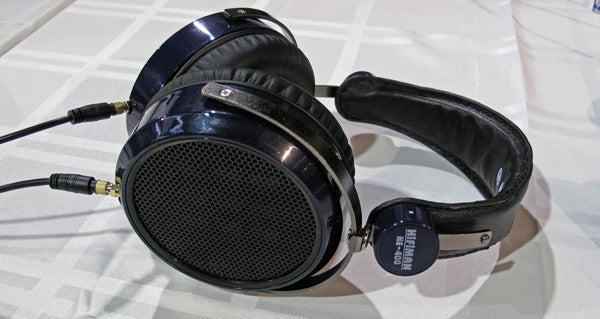 A slightly odd thing about the HiFiMAN headphone range is that all its models look virtually identical. Other than slightly different pads or finishes, they all use the same open-back design, the same headband style and the same removable cable ports – so if a new model doesn’t come up with the right sound, it’s well and truly stuffed.

Not all of you will have had the chance to try a HiFiMAN set before, but we think this consistency of design is a very good thing. Although these headphones are made in much smaller runs than, say, Sennheiser’s latest model, build quality is great. They use a metal skeleton as the base for the headband, buffered with light-but-effective leather/foam padding. While all the models are slightly different weights, the HE-400 don’t feel hugely different on your head to the £1000 HE-6. 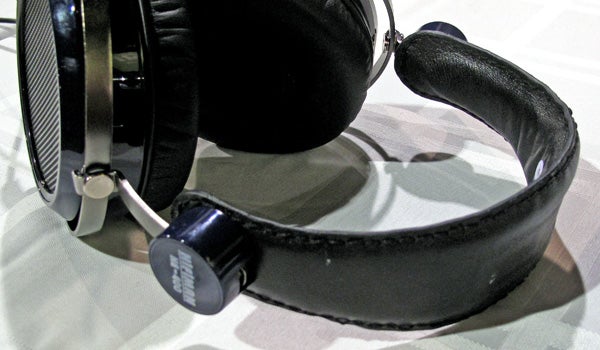 Previous HiFiMAN headphones we’ve used have featured velour pads, but the HE-400 we saw at CES 2012 sported leather pads. We’d opt for velour if given the choice, but according to HiFiMAN’s main distributor, the leather pair is worth more cash anyway. Although none of HiFiMAN’s planar headphones are particularly light, we found this set fairly comfortable. 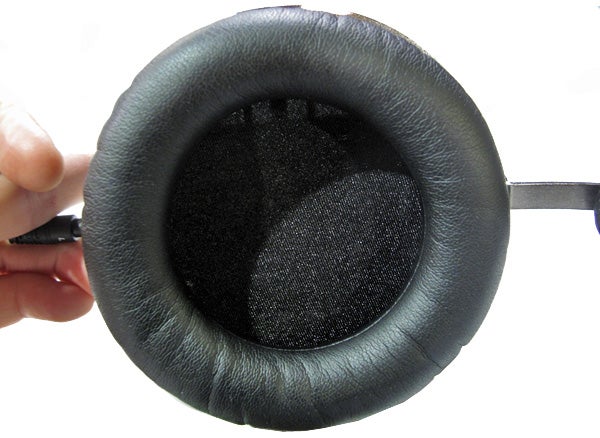 The other key differentiator of this model, other than sound, is its blue finish. HiFiMAN’s top models are all black or smokey silver-grey, offering a slightly classier look. That said, we think the blue is moody enough to not put us off.

At the bottom of each cup is a gold screw-in terminal to attach the cable. Separate connectors are available for a mere $15 a pair, if you want to use custom cables. HiFiMAN always has the enthusiast in mind. 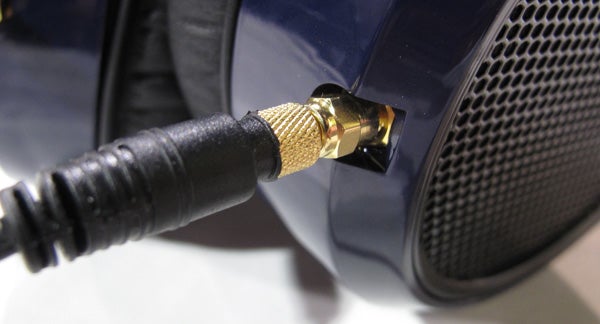 Its use of planar magnetic drivers is also sure to stoke the interest of the enthusiast. The term refers to the way the magnetic fields are arranged within the driver, which results in a low-distortion, balanced sound and equal distribution of power across a driver. Planar magnetic headphones are also known as Orthodynamic – perhaps a more widely-recognised term. The HE-400 headphones are the cheapest HiFiMAN offers to use this driver type – the lower-end HE-300 use a simpler dynamic driver.

But do they provide that planar magnetic sound? We think so, yes. The HiFiMAN HE-400 have the detailed output and generally flat response we’ve come to expect from the HiFiMAN range, and when put up against the top-end HE-6, it’s easy to tell they’re of the same stock. The HE-6 provide a greater detail and resolution, but they are otherwise comparable. Given the HE-400 cost a third of the price, this is an eye-opening achievement.

Presentation is forward, without quite as wide a soundstage as Sennheiser’s best, but detailing is excellent and bass is thoroughly well-handled. However, we couldn’t come to any firm conclusions about this set as the sound conditions at the show were, predictably, awful – especially for auditioning an open-back headphone.

HiFiMAN is positioning the HE-400 headphones as the set to buy if you want to get by without a headphone amp. At 92.5dB sensitivity and 35Ohm impedance, they are far more efficient that their series brothers – the HE-6 offer 83.5dB and 50Ohm impedance. However, they will still eat up the output of your MP3 player and should ideally be used with an amp. Try to power the HE-6 with an MP3 player alone, though, and you’ll hear virtually nothing. We’ll be onto HiFiMAN to see if review samples are available. If you’d like to hear more about what these headphones are capable of, let us know in the comments below.

HiFiMAN’s HE-400 are the cheapest and easiest-to-drive planar magnetic headphones the audio specialist has made yet. Selling for just a third the price of the top-end models, while offering a similar sonic personality and build quality, they are easy to recommend for an audition.