Why do I do this to myself? On a day where I’m set to play the scariest thing announced at E3 – Resident Evil 6 – I subject myself to yet another PSVR horror game. This time it’s Here They Lie. More of a tech demo, this psychological thriller sticks you in sepia-tinted underground subway tunnels, armed with just a torch to guide your way, and in control of a character powerless to stop whatever’s out there. In the brief level I got to play, I’m pretty sure a little bit of wee came out.

Movement is handled on the left stick, while looking with the headset also controls where in the dark and dingy tunnels is lit up with your torch. It also controls the direction which your character moves in, at an uncomfortably slow pace.

The tunnels are eerily quiet, the silence only punctuated by the odd creak of a metal gate slamming shut. I reach the first junction and shine a torch on the wall. A mysterious shadow appears, as if something’s stood directly behind me. I turn around rapidly but see nothing there. I forget I’m, in the real world, in a room surrounded by people and I swear so much it’d make the Osbournes blush. 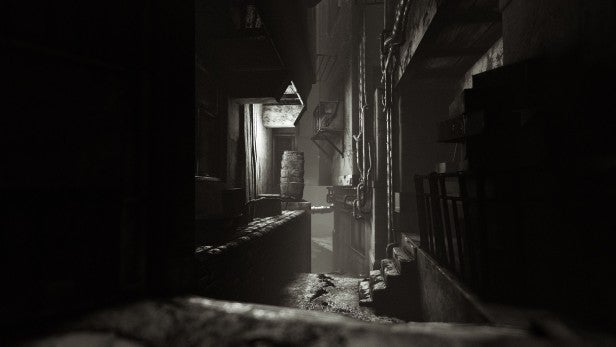 Continuing onwards and downwards, the noises from a strange, pig-masked killer become more frequent. He flashes past and runs down a tunnel and once again a few naughty words seep out. This is a very unsettling game, not helped by the frustration at the helplessness of the lead character.

Every noise becomes horrific. Footsteps which aren’t my own sound ever closer. Heavy breathing moving from one headphone to the other. Having to move around a corner a shadowy figure has just run around. I’m in my own horror movie, and I don’t like it as much as I love it.

Eventually the pig-faced killer shows himself, appearing behind me to hit me over the head with a crowbar. The VR cuts to black, it takes me a while to calm down and then I awake in a red-soaked sewer. There’s some mysterious guy stood off in the distance. I assume it’s the end of the demo, but of course it isn’t – I have to walk towards this weirdo.

It doesn’t get any less disturbing from there: dead cats seep through the blood-soaked floor, a deer appears out of nowhere and I also end up in a P.T-esque hallway between two doors that won’t open. Every time I turn around I squint in expectation of something horrendous attacking me. But it never comes, making me only fear the even bigger scare to come. 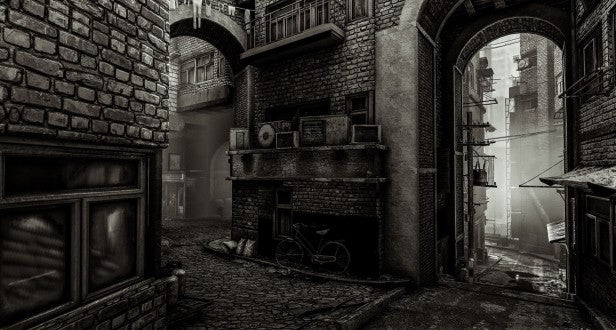 However I’m disappointed that Here They Lie ends on a pretty flat note. As I get to the bottom of these cascading tunnels, a mysterious flaming giant man in a suit and top hat comes out of a billboard, grabs me, and screams in my face. That’s it, that’s the end of the demo.

I don’t know what on earth I’ve just experienced, but it was deeply unsettling, yet still somehow quite enjoyable. It still felt like a tech demo, but hopefully when the full game launches this autumn there’ll be a bit more to the narrative and a reason to keep descending deeper and deeper into these tunnels other than searching for the next jump scare.

Here They Lie will launch this autumn on PlayStation VR.