Incredibly simple to set up, the Helium Hotspot sits connected to your wireless network and can earn you the Helium cryptocurrency as you go. Earnings are variable depending on your location and how many hotspots are available, making it hard to judge how quickly or, if at all, you'll get your large initial investment back. Still, as an interesting bit of technology, Helium approaches developing long range wireless technology in a different and engaging way.

The Helium Hotspot is designed to provide a long-range wireless network for low-power sensors and trackers, giving you the chance to help build a decentralised Internet of Things network. That might not sound particularly exciting, but the box can also earn you a new cryptocurrency, giving you money to pay back your investment.

It’s an interesting technology and, once set up, you don’t have to do anything to your hotspot bar giving it a reliable internet connection, but it’s far from certain if you’ll make your money back.

As this is something quite different, it makes sense to start this review explaining exactly what the Helium Hotspot can do. Essentially, it’s a long-range hotspot that uses the Helium LongFi protocol, a combination of the LoRaWAN wireless protocol and Helium blockchain.

Whereas Wi-Fi is designed to be fast over relatively short distances, LoRaWAN is designed for smaller amounts of data over a longer range. Typical devices that use LoRaWAN are Internet of Things (IoT) sensors and trackers, which need to be reliable and battery-powered but don’t need to transfer large amounts of data.

For example, in a smart city, a smart sensor can let councils know which recycling bins are full, saving fuel by only sending trucks to the bins that actually need emptying. Or, a pet tracker could use the LoRaWAN network, giving you live updates as to where it is.

The difference with this Hotspot is that everything is powered by the Helium blockchain, which is similar to how cryptocurrencies work, such as Bitcoin.

Use of the network for devices incurs a charge in Data Credits. Data Credits must be bought with the network’s own cryptocurrency, Helium (HNT), which can be traded for real money. Owners of Hotspots then earn HNT themselves for taking part in the network.

HNT is earned in several different ways. First, you can earn it if your hotspot takes part in an algorithm called Proof-of-Coverage. This is designed to check if hotspots are providing the level of coverage that they say they are, to prevent people from buying a load of hotspots, hiding them in a cupboard and mining cryptocurrency.

Hotspot owners are also paid for transfers over the network that pass through their device. Finally, Hotspots with the highest Proof-of-Coverage scores become part of the Consensus Group that perform tasks, such as validating transactions and publishing new blocks to the blockchain.

All of this happens automatically, so it’s really just a matter of getting a Helium Hotspot and plugging it in.

In the UK, each Hotspot costs €450 (around £412). It’s a square box that needs to be plugged in near a window to give the best coverage. Each Hotspot is set up and configured using the Helium mobile app, which takes you through connecting your device to your home internet connection, via either Ethernet or Wi-Fi. The system 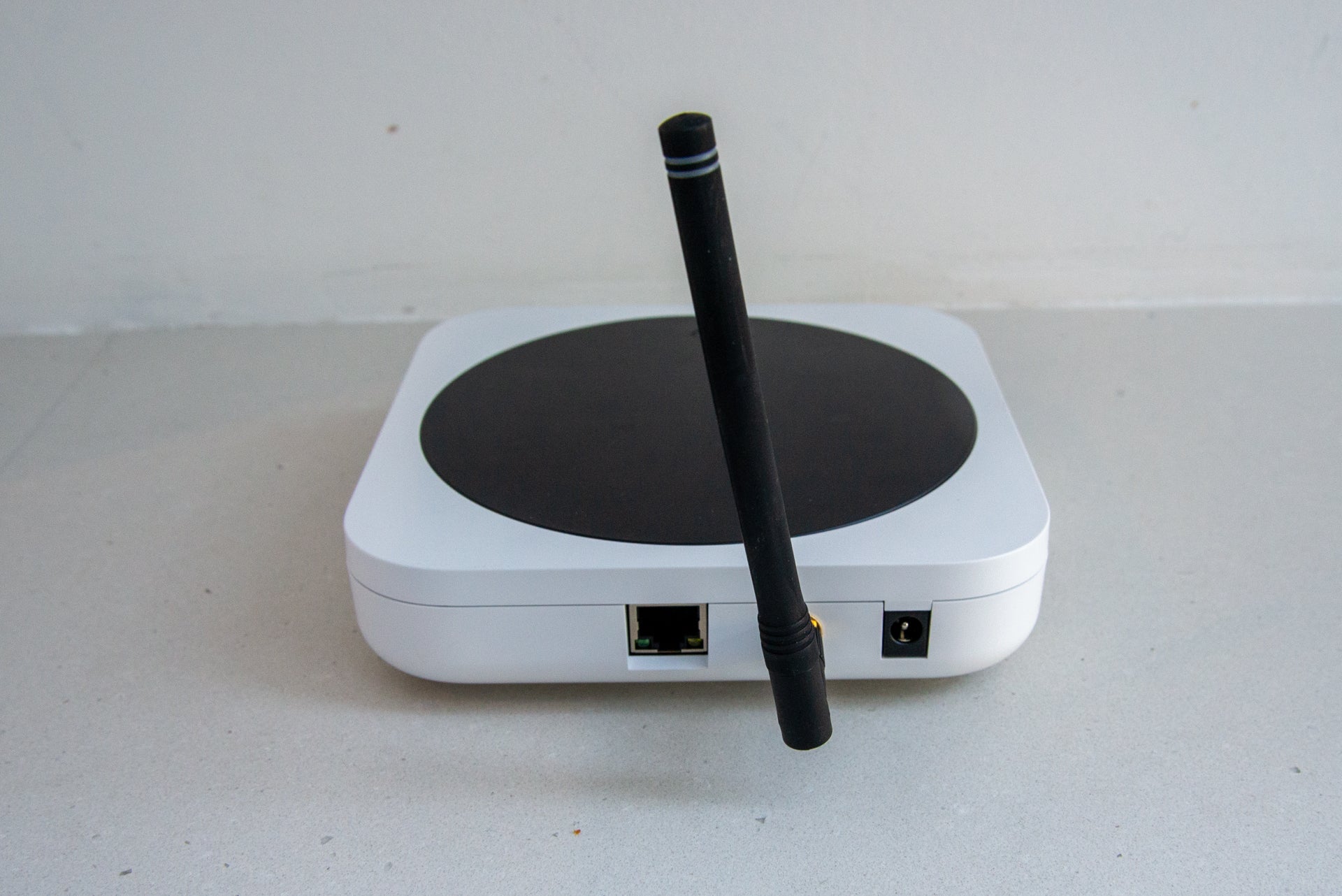 The system will generate a list of words that you’ll need to keep, as these prove you’re the owner. There’s no backup on the system, so be careful that you keep your words somewhere safe.

All in, it shouldn’t take you more than a few minutes to set up, following the wizard through and setting up your physical location. At this point, that’s really all you have to do, as the Helium Hotspot has no configuration options and has no intrinsic value in your home: aside from providing LoRaWAN access to nearby devices, the Hotspot has no features that improve your home or make your network better.

Really, the Hotspot just sits there and becomes part of the network, generating HTN currency for you.

How much money you make really depends on how much your Hotspot is used and how close it is to other Hotspots. For Proof-of-Coverage, you can take part in a challenge, but for the main money, there has to be multiple Hotspots at least 300 meters apart in an area, but still within range of each other (up to a few miles, depending on the terrain). This lets neighbouring hotspots

With Helium still in its infancy, there aren’t that many Hotspots around at the moment. In fact, the closest one to me was around 12-miles away across Central London. As a result, checking the app, my Hotspot has only generated a few Mining rewards from Constructing challenges. I’ve had no money through Proof-of-Coverage nor any from transactions through my Hotspot. 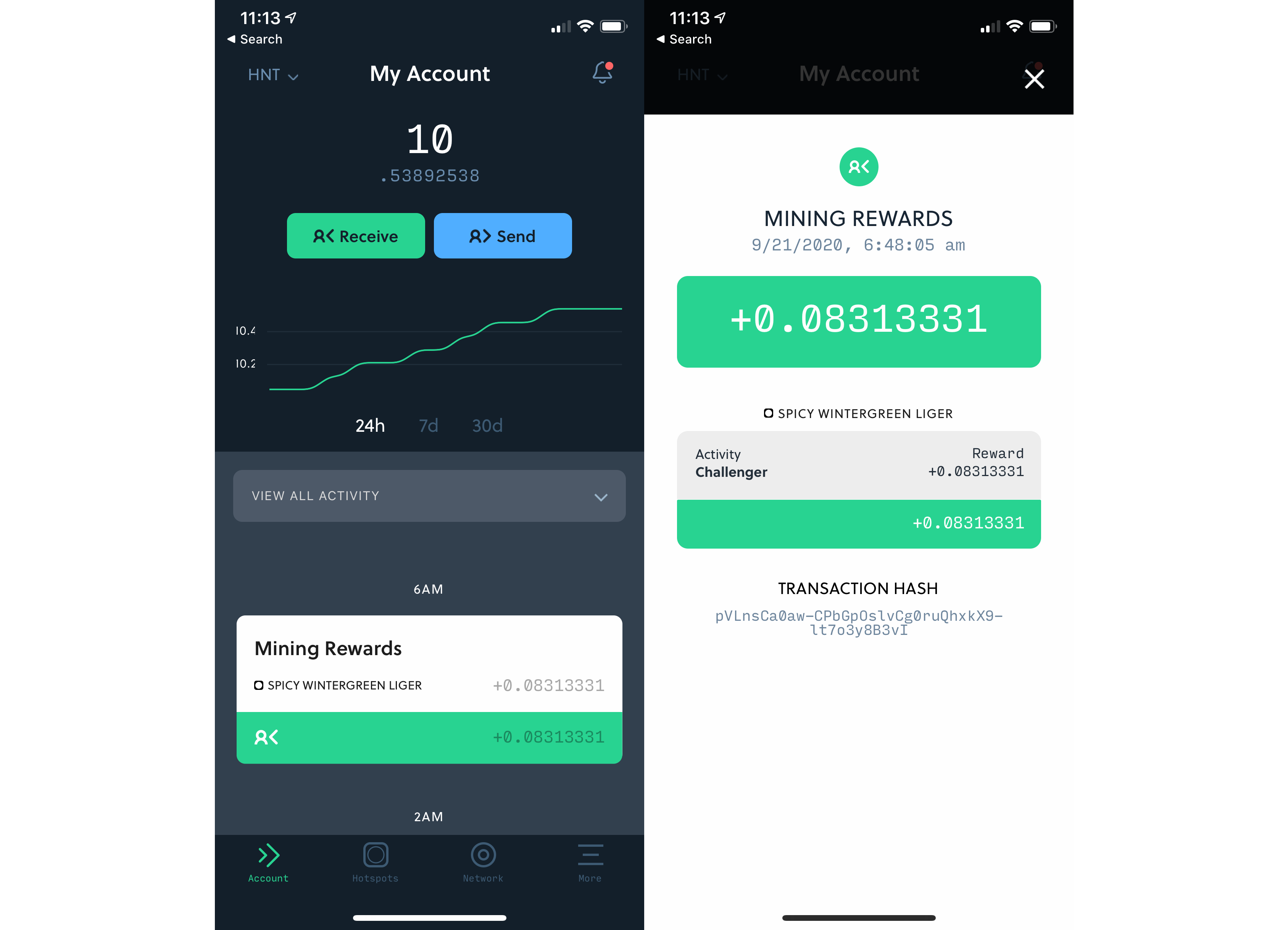 In the US, where there are more Hotspots, a thread on Reddit claims an average earning of between 7 and 10 HNT per day where no other Hotspots are in range. Theoretically, this should allow the cost of the Hotspot to be reclaimed in a few months, although the HNT price is quite volatile, so it’ shard to say exactly how much the currency is worth at any point.

People that have other Hotspots close to them can earn more money, but the system will also decrease earnings in areas that are overpopulated. How many Hotspots are around you is something completely out of your control.

Should you buy the Helium Hotspot?

Rather than being yet another Cryptocurrency, built to make its creators rich quick, the Helium network is built on providing something useful to the world, while rewarding the people that own and run the Hotspots.

It’s an interesting bit of technology and LoRaWAN is likely to grow in popularity over the coming years, as smart city projects are developed. There are already trials of these networks in Wales, but the Helium option gives a way of building the network without massive investment from local councils or government.

My experience is that it would take me a long time at the current rate to make my money back. If more people buy the Hotspot, then being in first could see you in good stead to earn more, but it’s a gamble. At the moment the Helium Hotspot is an interesting bit of kit but it’s not a sure-fire way to make money.