What is the Hauppauge HD PVR Rocket?

In my time as a video games journalist, one thing I’ve always noticed at preview events is that the Hauppauge HD PVR Rocket is a capture card that many in the industry use as standard

From the outside you can see why. It offers PC-free recording, with footage instead going straight to a USB key or external hard drive – something which is rarely found in game capture devices.

Having never gone fully hands on with one myself it’s time I added it to the list of capture cards I’ve put through their paces and see if it really deserves the crown of greatest portable capture card out there. 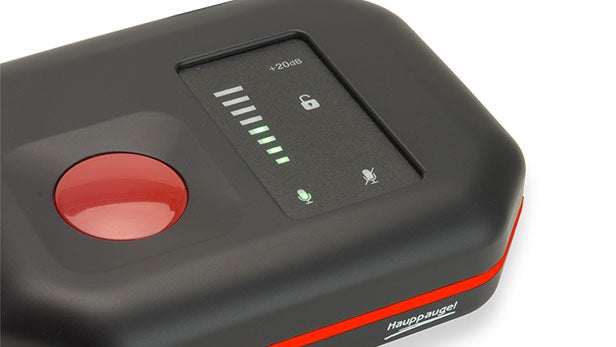 As the Hauppauge HD PVR Rocket is designed with portability in mind, the device is just a small box and a bundle of wires. Although it might be light at just 340g, the actual design leaves a lot to be desired.

It’s far from being the coolest looking device on the market. Its matte black plastic shell is very easily scratched and its bright red buttons stick out like a sore thumb and make it look very cheap.

However, there is a plus side to the simplistic design: a simple glance from across the room tells you that it’s up and running. All you need to do to get it started is press the big red button on top of the box, and then a red LED light band glows around the body. Just wait for the light to roll into green and you’re now recording. 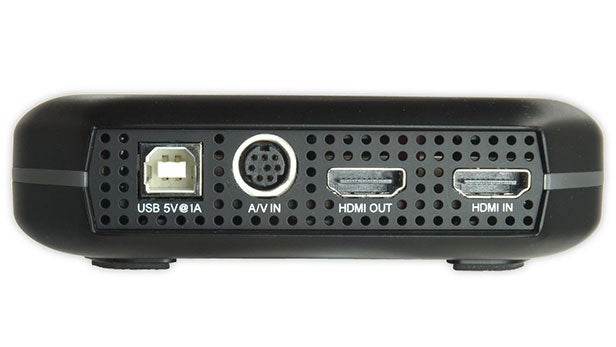 On the back you’ll find a USB socket for powering it up, along with HDMI in/out and an AV-in should you wish to connect some older consolers through component/composite cables. The front is a simpler set-up, consisting of a 3.5mm jack socket to plug in a microphone and a USB socket to add your thumb-stick or hard drive if you’re going PC-free.

In the box you’ll find everything you need to get going, which is always handy, including a component cable and a twin headed USB cable – one for providing power when going PC-free and the other for PC connection. A minor plus you might imagine but as a lot of capture cards require extra add ons lately, it’s always nice to see something ready to work from the box.

Voice-overs and commentary can be both recorded and mixed all from the Rocket itself, which is a nice touch. A swipe to control volume slider on the top of the box, gradually fills a bar of flashing LEDs to let you know whether your audio is at a decent balance or in fact clipping. As you can imagine this makes for a quick and easy system to get your content created and ready to upload, although you’d be wise to occasionally take a break and check the content that’s been recorded onto the USB drive, as mixing through a headset isn’t always 100% accurate. 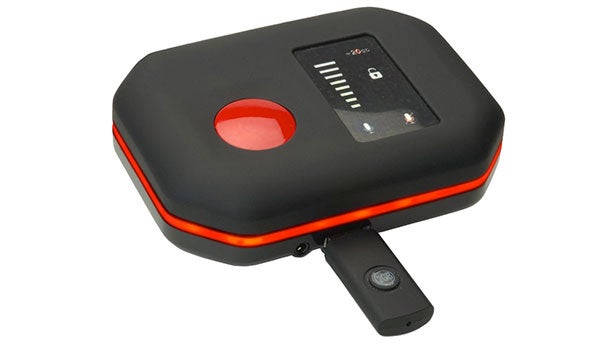 When it comes to the quality of captured footage itself, things look really good with recordings hitting 1080p full HD with ease.

It’s not all good news though as unfortunately, all footage is locked at 30fps. That’s bad news if you were looking for a PC-free capture device that offers full resolution and frame rate. As I’ve mentioned before, this perhaps isn’t a huge deal breaker but with the move to making 60fps a standard for gaming, it’s hard to suggest investing in a capture device that may well need replacing fairly quickly.

There were also some issues with recording footage straight to USB key or Hard Drive as on the odd occasion I would record a session only to find a corrupted file left on my storage device, meaning my time was wasted and footage lost. Formatting the drive and starting again fixed the issue and as it was a very rare occurance, it’s hopefully just an issue with my device. But as it happened on a small number of thumb drives, there might be a partial hardware problem to be aware of.

Native software does come bundled with the HD PVR Rocket and I’ll admit it’s not bad at all, it’s not exactly feature laden but it works and is easy to get your head around. 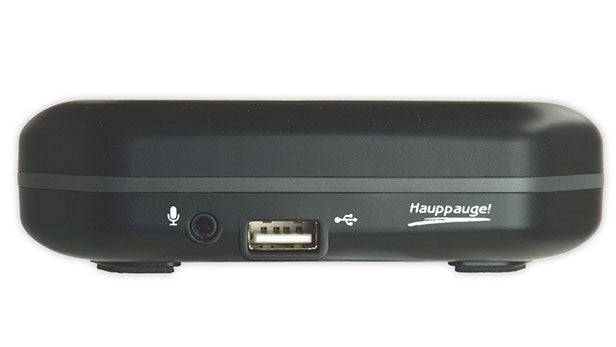 After my time with the Hauppauge HD PVR Rocket, I can easily see why it’s such a popular choice amongst gamers, you tubers, journalists and more. It’s extremely easy to carry around and even easier to set up. You can record as much gameplay as your storage device can handle and record voice-overs simultaneously without the need for extra equipment. Sure, the fact that it can’t hit 60fps is a huge shame, but this is still easily one of the best capture cards available.