What is the Hauppauge HD PVR 2 Gaming Edition?

The Hauppauge HD PVR 2 Gaming Edition has been the go-to capture device for many gamers looking to dive into the world of YouTube. But with next-gen now in full swing and everything leaning towards the golden digits of 1080p, 60fps, just how well does it stand out in the overcrowded market of capture devices?

The HD PVR 2 is a bulky box that somehow manages to look fairly sleek. That’s partly down to its rounded edges and hourglass indentation. Within this indent sits a strip of LEDs that will flash brightly to let you know when you’re live. A triangular button adorns one corner of the top plate, making recording as simple as pressing a button. Size-wise, it’s easily the biggest of all its competitors – even pushing Roxio out of the picture – yet it’s one of the lightest at an impressive 34g.

Round the back of the HD PVR 2 you’ll find the power socket, a mini-USB port, a component video port and an HDMI in and out.

This marks a significant upgrade to the original PVR, which looked similar to a jewellery box with some wires, buttons and sockets thrown in. 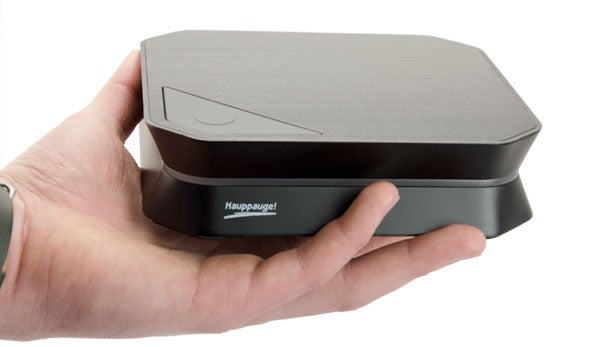 When it comes to setup, the PVR 2 makes things easy with its slew of connectors. These include HDMI in and out – allowing for pass through to a TV – as well as an S-Video socket and a bunch of cables should you wish to connect your PlayStation 3 and older consoles.

This is a big plus for the HD PVR 2 since there are few capture cards on the market with the ability to capture footage from the consoles of your childhood such as the Super Nintendo, Mega Drive, PS1 and more. Especially since a push for 60fps led many manufacturers to redesign devices, leaving out component ports and more.

Videophiles should be aware that HDMI pass through for older devices is a little bit hit and miss, however. If you’re looking to go retro often, a video-splitter cable may be a worthwhile investment. 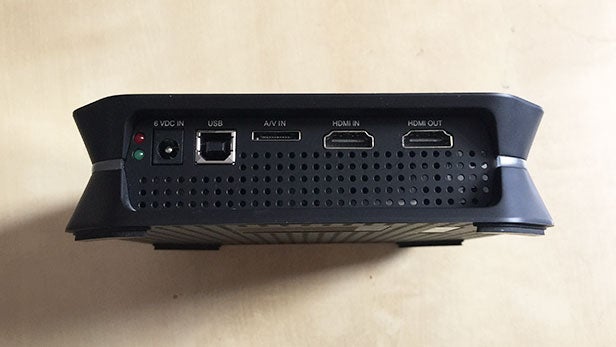 It’s not all good news in the cable department. While the PVR 2 offers more connections than most, it’s also the most cumbersome to set up. This is because it requires its own power supply, unlike rivals such as the Elgato Game Capture HD 60. This makes the PVR 2 a more awkward proposition for those looking to use a capture card on the go.

While it’s possible to capture Full HD 1080p footage, the HD PVR 2 unfortunately won’t reach the lofty heights of 60fps – instead, it achieves roughly 30fps (forgiving the occasional frame rate drop). This isn’t a complete deal-breaker, but it’s worth bearing in mind should you be hoping to future-proof your setup.

Like many such devices currently available, capture isn’t lag-free, so you won’t be able to play simply through your computer monitor. I didn’t find this a huge issue: I prefer to play games through my 32in LED TV, safe in the knowledge that my computer is doing the legwork as I play. However, it’s worth noting if you’re looking for a way to use your iMac as a monitor for your brand-new PS4. 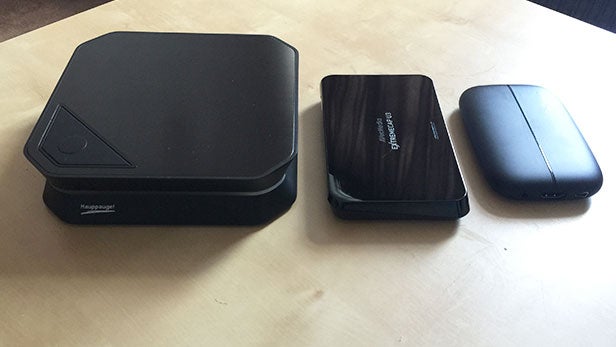 The HD PVR 2 comes with its own recording software, ArcSoft ShowBiz. As is true of most of the software supplied with capture devices, it doesn’t offer much beyond the basics. This is no bad thing, though. It allows you to capture gameplay with only a few settings to tweak video format and other features, making it great for beginners.

Recording gameplay with the HD PVR 2 was relatively painless, with quality sitting at a steady 1080p 30fps, and only the occasional drop in frame rate. Occasionally, capture from a PS3 dips in quality simply due to the HDCP forcing you to utilise a component cable – but this is an issue that lies with the PS3 as a console rather than the PVR 2.

Overall, you could do much worse than using the Hauppauge HD PVR 2, especially since it offers the ability to record footage from retro consoles. However, considering it costs £165, its failure to offer 60fps is a huge disappointment. Also, its bulky design alongside the fact that it needs its own power supply means we’d go for the Elgato instead.