The games industry is enormously reliant on licensed content. Be it from books, films, TV, comics or elsewhere, if there’s a license then the chances are someone in the games industry wants to make a game out of it. Given the nature of the industry it’s hardly surprising, and a good film license may be one of the few sure fire ways to make a profitable game. 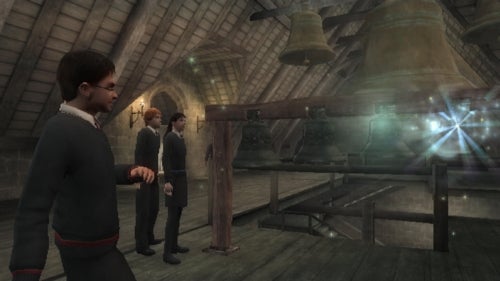 If anyone knows this it’s EA, and it owns a number of big daddy franchises including one of the biggest, Harry Potter. Apparently another film is out at the moment, which must mean it’s time for a game to coincide. Never one to disappoint, EA has managed to release Order of the Phoenix for every platform you could imagine – it sent us every single one of them too. And, as much as we’d love to look at all them, we’ve plumped for the Wii edition.


As one might expect it’s characterised by one single defining difference: the remote. In OotF (Order of the Phoenix) – not to be confused with OoT – the remote and Nunchuk are used to mimic the actions of using a “real” wand. It’s a part of the game that’s carried off pretty well, and using the remote to cast spells certainly feels a lot more involving than pressing buttons. As such, Potter fans will certainly appreciate the extra immersion created, and the early parts of the game do a very good job of explaining how the actions work. Moreover, if you ever forget there’s a list of spells you can access to remind you and you’ll often be prompted as to what spell you need to use. 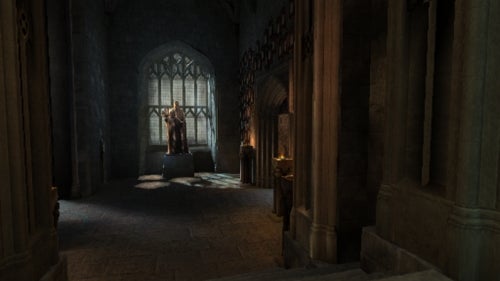 
This is all very straightforward, but it does little to distract you from the fact that it takes ages to get anywhere. Although some shortcuts are available, a great deal of time is wasted simply trudging around Hogwarts looking for people or objects. Hogwarts itself, however, is very well realised. There’s plenty of detail, with locations from the films being easily identifiable. Character likenesses are strong too and, while the Wii version is good looking compared to some the decrepit efforts of some Wii titles, there is a lack of even the most basic Anti-Aliasing or filtering which does make the game look worse than it actually is.

Another strength of the game is the sound. With the film to back it up, the game features some excellent musical pieces while the voice acting is generally very good with the great majority of actors lending their voices to the game as well. It’s a shame then that some of scripting is at best uninspired, and at worst severely stilted. But even this can be tolerated, and overall the presentation is up to EA’s usually high standards. 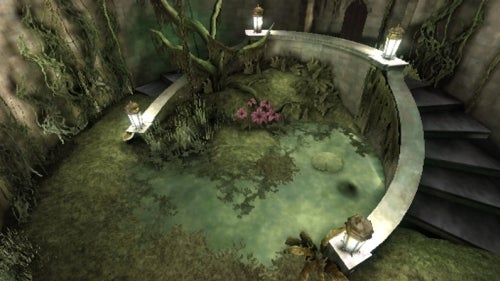 Unfortunately, the gameplay isn’t to those standards – or if being cynical is entirely consistent with EA’s licensed game standards. Having already touched upon how tedious it is to get around Hogwarts, the whole game is also characterised by some truly uninspired gameplay. At its essence OotF is little more than a large environment filled out with a huge selection of tedious fetch and carry chores. This makes it mercilessly boring to play, though at least some of the rewards will interest Harry Potter fans.


As you go about completing the tedium of tasks and completely unchallenging puzzles you’re awarded Discovery Points; with these going toward making your spells stronger and unlocking bonuses in the Room of Reward. They amount to the gaming equivalent of extras on a DVD, with cast interviews and various behind the scenes features that will no doubt appeal to the devout fan. If only it weren’t such a slog to get them! 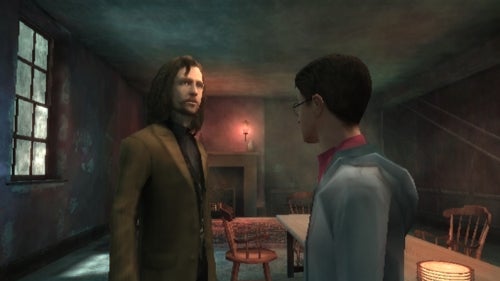 It doesn’t help that the game suffers from the sort of camera issues that ought to have been consigned to the mid-1990s. A fixed camera is utilised throughout, with the player having next to no control over where it points. This can make even the simplest of tasks incredibly frustrating; to the point that even the most ardent of fans might relent.

Combat – what there is of it – doesn’t fare much better. Combat spells are split between offensive and defensive spells, each with their individual actions. While in combat you remain locked onto your opponent, moving with the analogue stick and casting spells with the remote. It’s all pretty inconsequential, lacking any strategy or depth. This is probably why there’s so little of it; thank heavens for small mercies. 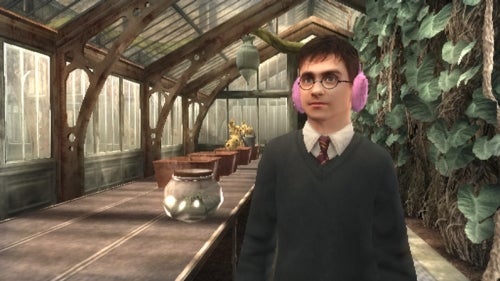 Continuing this trend the central story of the game is haphazardly put together. All in all it’ll take at most eight hours to complete, and the more able and masochistic of gamers could probably stroll through the game in one or two sittings provided their souls aren’t enveloped by clinical depression before then. It’s a pretty damning indictment of the game that, despite the impressively large environment, there’s so little to do and the experience is such a short one. If Harry Potter is all about magic, then the game fails on a very basic to level to be at all magical to play.


Predictably Harry Potter and the Order of the Phoenix feels like a film franchise that’s been pushed out the door far too early. The developers have clearly spent a lot of time creating the environments, which are very good, but gameplay was obviously low on the list of priorities. One can only imagine the $$$ appearing in executives eyes as they unfurl this latest title, and with the game spread over so many disparate platforms is it any wonder the game is so uninspiring? There’s a good game to be made of the Harry Potter universe, unfortunately it still hasn’t materialised. 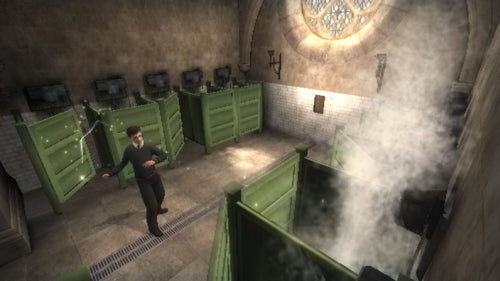 
Some promise is shown, but ultimately this is just another lazy enactment of a lucrative film license. That’s not a great surprise, but that doesn’t stop it from being disappointing. Fans will lap it up, everyone else will require counselling.