If you have £600 to spare, the Harman Kardon Citation 500 wireless speaker has the build quality, the skillset and the audio talent to make it on to your shortlist. It's quite bulky, so those wanting something more portable (and less expensive) may want to look elsewhere.

What is the Harman Kardon Citation 500?

Harman Kardon’s Citation 500 is the bigger – well, wider – brother of Citation 100. As well as being the most sizeable and expensive wireless speaker in the Citation range, it comes packing Google Assistant and Chromecast connectivity

Until recently, it had been more than two years since a Harman Kardon review had appeared on this site. In that time, the company has been hard at work with its Citation range of hi-fi and home cinema products.

Take its new Citation range of wireless speakers, for example, which covers all the bases from small sub-£200 models to a pair of big, futuristic-looking floorstanders that go for more than £2000. They can all come together for a multi-room system, and can be controlled with your voice. They’re exactly the sort of product Harman Karman should be turning out.

This Citation 500 is the biggest, most powerful and most expensive of the tabletop Citation units. Costing close to £600, it has its work cut out against some very decent competition – although if someone is going to disrupt an established order then it may as well be Harman Kardon.

At W37 x H21 x D17cm, the Citation 500 is no shrinking violet. Nor does its design do anything to minimise the impression of bulk. Instead, Harman Kardon has attempted to make the bulk look expensive – in a neutral kind of way. 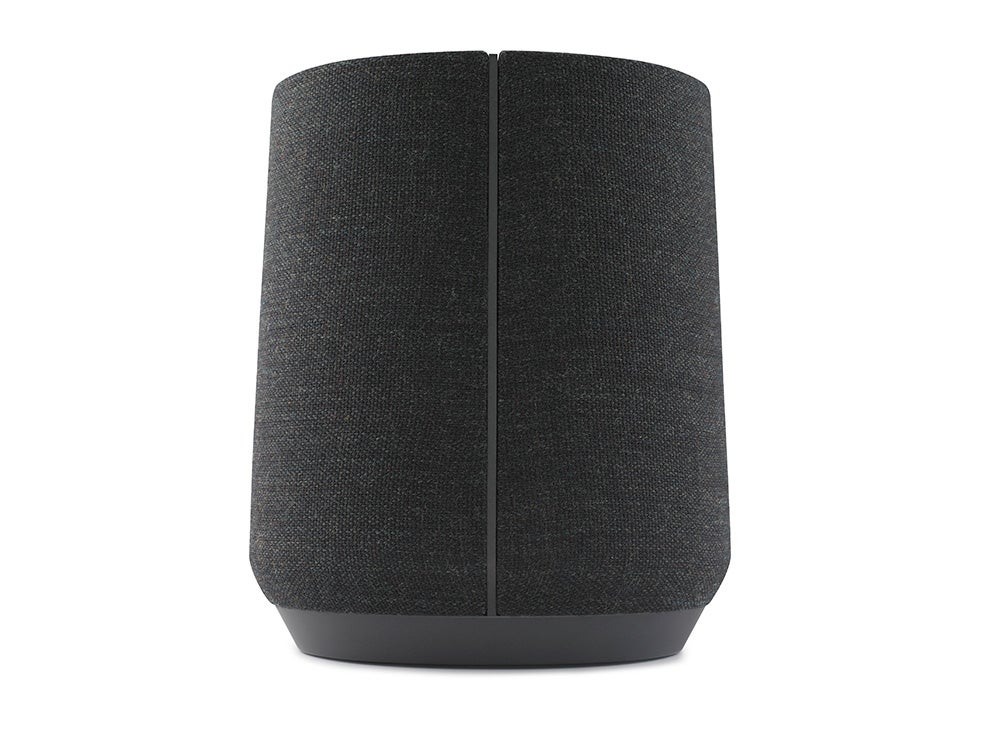 A deep and curvy-end rectangle, the 500 is wrapped in the ubiquitous Kvadrat acoustic cloth in a choice of black or grey. That textile company must be working around the clock.

And that’s really all there is to say with regards to the design. The Citation 500 is a triumph of minimalism or completely nondescript, depending on your taste. But it’s safe to say that you’ll be aware of its presence, even before it’s making a sound.

Two 25mm silk dome tweeters and a 13cm treated paper mid/bass driver shave 200W of class-D amplification between them. Everything coming into the 500 (and it’s all coming wirelessly – aside from mains power, the Harman Kardon’s only physical inputs are a couple of service ports) is handled by a 24bit/96kHz DAC. Getting music playing through the Citation 500 is straightforward. The speakers are Bluetooth 4.2-equipped and, more importantly, Chromecast is built in; there are very few streaming services, podcast providers, radio stations and so on that can’t be accessed with a couple of prods of your smartphone. Digital audio stored on a local network is also accessible.

On top of the unit is a diminutive touchscreen with play/pause, volume up/down and skip forward/backward controls, plus a tiny area remaining for album artwork. It isn’t the most responsive control you’ll ever used. Volume up/down is duplicated as touch-controls beneath the screen.

Above the screen are a couple of mics, and the 500 has no problem hearing you over even quite significant volumes. Saying “Hey, Google” will get you some attention, but after that it’s really a question of whether Google Assistant understands what you’re after.

And here the experience is hit-and-miss, which is the reason I’ve found it easier to open the app of the service I want to listen to and cast the content. “Volume up” or “volume down” don’t seem instruction-dependent on pronunciation, at least.

First, I wouldn’t use Bluetooth to feed the Harman Kardon with music – unless in a dire emergency. This is because it’s mysteriously good at draining much of the vibrancy and excitement from whatever you hope to listen to. It’s much better to stick with Chromecast – given half a chance, the 500 has plenty to recommend it.

For instance, it’s capable of room-filling volume – and not at the expense of control or coherence. There’s no doubt it gets a little shoutier when the volume is really pushed, but in general it remains more composed than most when up at “party” levels.

It’s tonally quite even, too. There’s just the right amount of bite at the top-end, nicely controlled rumble and punch at the bottom, and a spaciously detailed mid-range in-between. Twist, from Thom Yorke’s Anima, illustrates the 500’s talents of integration well. It’s a wide-open delivery, with integration between the big driver and the smaller tweeters far more smoothly accomplished than in other Citation models. 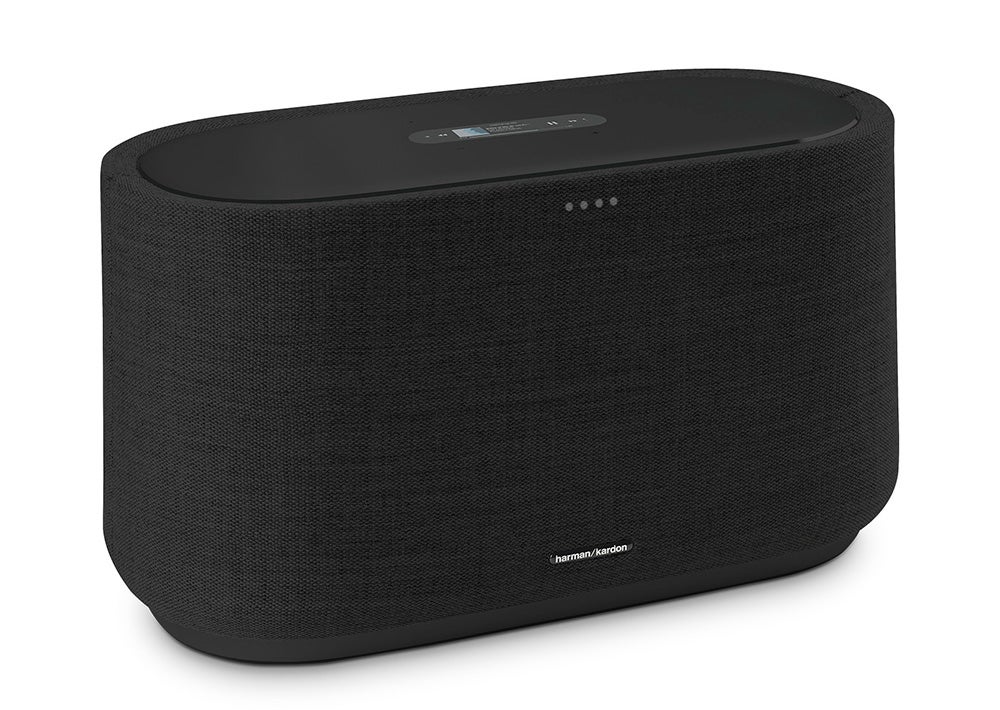 As a result, the overall unity of a recording is convincing, and the level of communication – of the broad strokes and the fine details equally – is pretty impressive.

The mid-range is probably the real highlight here, in fact. Everything But The Girl’s version of My Head is My Only House Unless it Rains sounds natural and intimate, with the mild harmonic dynamics not underplayed.

It’s only when the going gets properly hectic and the dynamic variances are coming thick and fast – during most of Clark’s Ceramics is the Bomb, for example – that the 500 sounds anything less than entirely adept. It isn’t exactly flustered by the relentless attack, but it sounds a little out of its comfort zone – like a parent at a BTS concert.

Should I buy the Harman Kardon Citation 500?

If you’re fortunate enough to have almost £600 to spend on a wireless speaker, the Citation 500 is a contender. It has the build quality, the skillset and – most of the time – the audio talent to deserve a place on your shortlist.

That list should include the Naim Mu-so Qb, too. Physically, it’s similarly imposing – although not quite as big – and, in some ways, it’s a more energetic listen than the Harman Kardon. As far as mid-range fidelity is concerned, it’s made to sound a little unobservant by the 500.

In terms of out-and-out sound quality, there’s always the Bluesound Pulse Mini 2i. It lacks Chromecast and DLNA, which are significant omissions, but in terms of soundstaging and tonal fidelity it’s among the very best. It’s a higher hi-res multi-room proposition than the 500, too (24bit/192kHz).

However, neither rival will appeal as much to anyone who enjoys the famous ‘good touch for a big man’ cliche, nor fans of tactile acoustic cloth.