What is the Harman Kardon AVR 171?

The AVR171 is one of three AV receivers in Harman Kardon’s latest range, sitting above the £380 AVR 151 and £300 AVR 131. It’s a 7.2-channel affair, crammed with cutting-edge features and audio technology designed to bring movies to life.

The AVR 171 is the rarest of animals, a sexy-looking AV receiver. The lustrous gloss-black finish oozes hi-tech charm, while the curved edges and soft lines bring a level of elegance rarely seen in this market. If Harman has put as much effort into features and performance as design, then we could have something special on our hands. 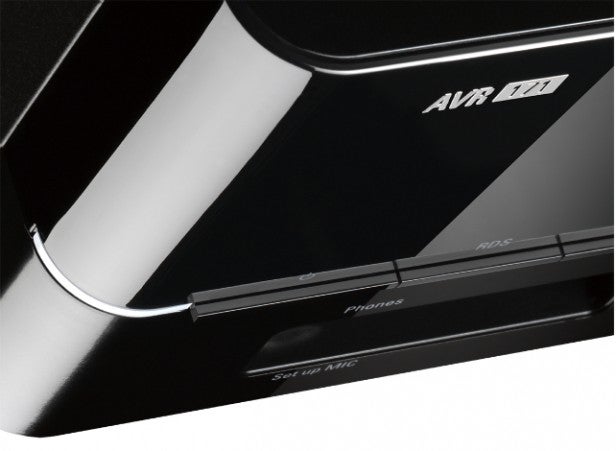 The front panel is pleasingly uncluttered too. The sockets are concealed behind a flap and the thin buttons blend in with the black finish to the point where you hardly notice them. A large volume dial dominates the front, mainly because it’s surrounded by a glaring ring of light, though this can easily be dimmed if it becomes too distracting with the lights off. Meanwhile, the LED readout’s nicely-sized digits are easy to read from the sofa. 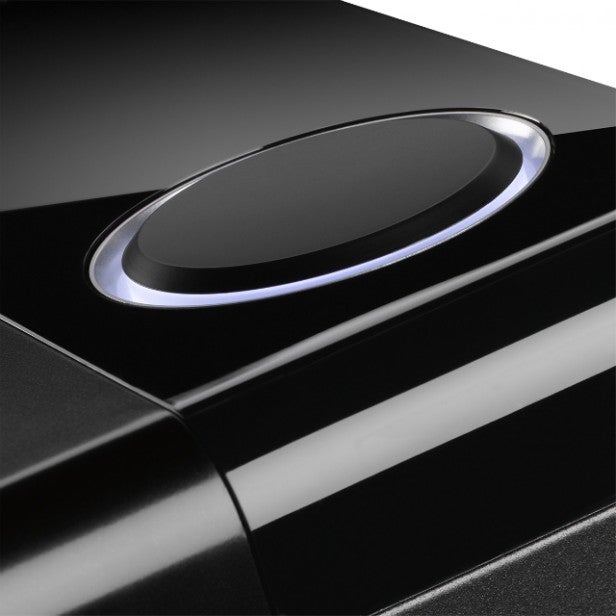 A slimmed-down power supply makes the AVR 171 lighter and more compact than you might expect, which means you won’t put your back out hauling it around or sliding it into an AV rack.

Front sockets comprise a USB port for music playback from flash drives and Apple devices and a headphone port, which is also used for the setup microphone.

Everything else is found on the rear panel, which isn’t particularly helpful if you want to connect kit on the fly. However, the generous selection is headlined by six HDMI inputs, all of which support 3D and 4K pass-through and one of which supports MHL, making it easy to pipe hi-def pictures from an Android smartphone. Connect the optional Roku streaming stick to the MHL input and you can access a wealth of online content. There are two HDMI outputs, one of which supports ARC.

On the audio side you get three digital audio inputs (one coaxial and two optical), two subwoofer outputs, two sets of analogue RCA inputs and Zone 2 analogue output.

Features are decent for the money. The Ethernet port makes it possible to stream music from devices on your home network using DLNA protocol, or you can stream songs from iTunes using AirPlay.

Alternatively you can stream music over its built-in Bluetooth connection, while vTuner provides access to thousands of internet radio stations.

In terms of amplification it supplies 100W to each of the seven channels, which sounds pretty powerful on paper. It decodes all the major audio formats including Dolby True HD and DTS HD Master Audio, while Harman Kardon’s Natural Sound Processing (NSP) does a similar job to Pro Logic, lending a surround effect to stereo material.

Receiver novices will be pleased to hear that the AVR 171 boasts an automatic setup mode called EzSet/EQ III (catchy name, guys) which takes care of all the tricky calibration business for you.

It uses the supplied microphone to capture test tones then sets the appropriate volume, speaker delay and EQ settings based on its measurements. It’s not a patch on Anthem’s scarily thorough ARC 2 system, but a welcome inclusion nonetheless. After running the system we checked the results and they were bang-on.

The report card for the onscreen interface reads ‘could do better’. The simple list of options uses spiky old-school white text and no icons or graphics. We didn’t have any trouble using it thanks to the logical layout, but the simplicity of the presentation is disappointing for a 21st century machine.

Basic it may be, but the list of options is exhaustive. Whether you’re tweaking surround modes, speakers, inputs, network gubbins or Zone 2, it leaves no stone unturned in its quest for sonic perfection. 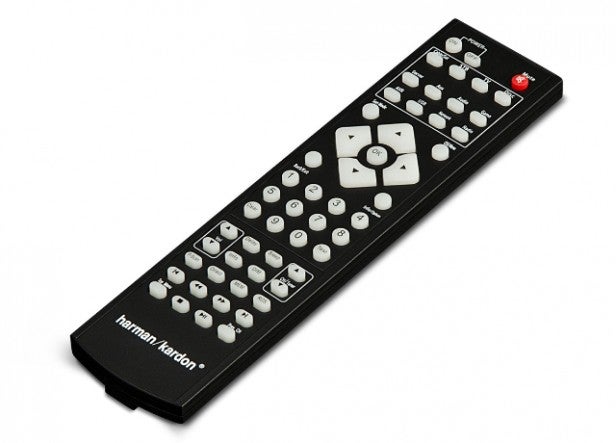 We’re not fans of the remote. The volume controls are relegated to the bottom of the handset, which is a bit awkward, plus the keys are homogenous and slightly unresponsive. Salvation comes in the form of a remote app for Android and iOS devices, whose attractive, intuitive layout makes it much easier to use.

The AVR 171 backs up its attractive looks and decent features with an assured performance. What we love most is its sheer power and dynamism, which is particularly evident when you play Pacific Rim on Blu-ray.

There’s a remarkable sense of heft and force every time a Jaeger plants a metallic fist into the body of a Kaiju, while buildings and sea walls are smashed up with a series of aggressive bangs, crashes and crunches. Big hits are accompanied by tight dollops of bass from the subwoofer, all of which effortlessly conveys the size and scale of these hulking monsters.

But at no point does the AVR 171 sound like it’s losing control or being stretched. It takes these epic battle scenes in its stride and shows no signs of fatigue or strain, no matter how hard we pushed it.

Another plus point is the AVR 171’s slick, speedy steering and placement of surround effects, which means every sound arrives in the right place at the right time. The wraparound imaging during the ocean-bound battles is delightful, with waves crashing and splashing all around you and various airborne objects smoothly whizzing between the ears.

During the movie’s quieter moments – granted, there aren’t many – some of the AVR 171’s other qualities shine through. Dialogue is clear and authoritative, plus detail reproduction is decent. When Newton visits Hannibal Chau in Hong Kong, there’s an establishing shot of the street outside, and the AVR 171 weaves a tapestry of delicate street noises including voices, engines, gently hissing rain and car horns. Each sound emerges clearly from the speakers.

That said, the AVR 171 falls short of the insight and refinement demonstrated by the similarly-priced Marantz SR6008, which teases out more detail and offers a more polished sound overall. Still, the AVR 171’s emphasis on power and punch over finesse will no doubt earn it many fans regardless.

Should I buy the Harman Kardon AVR 171?

If you have £500 to splash on an AV receiver, the AVR 171 would be a worthy recipient thanks to its attractive looks, alluring feature set and powerful performance. The onscreen menus are ugly and its sound lacks the polish and detail offered by some rivals, but its enthusiastic performance is enough to make up for it.

An impressive AV receiver with snazzy looks, decent network features and a potent performance, but fans of a subtler, more finessed sound might want to look elsewhere.

Next, read our Best soundbar