On paper, Hard West is an easy sell. It’s set in the Wild West – a setting that doesn’t seem to get an awful lot of love in the gaming medium – and it’s based on the turn-based template of the excellent XCOM series. Toss in an element of the supernatural – which dovetails nicely into both the game’s plot and mechanics – and you have all the pieces in place for a compelling Southern Gothic tale that’s awesome fun to play. Right?

Hard West sets out its stall early on in a tutorial that neatly explains the game’s mechanics while draping an atmosphere of chilling dread over both the player and its world. A narrator with a voice that sounds like doom incarnate ominously describes a Wild West that sounds like the result of a collaboration between Cormac McCarthy and Stephen King. 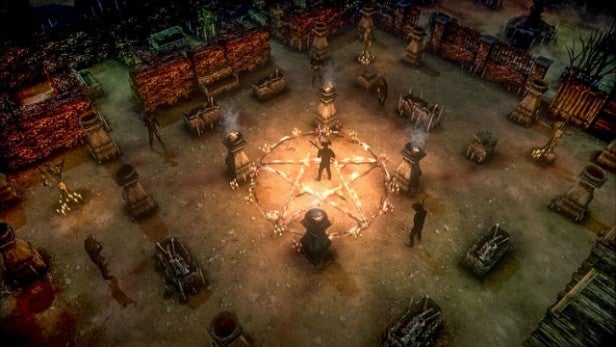 The Wild West, we’re told, was not only a hard, desperate place plagued by bandits and outlaws, it was a realm where pure evil manifested physically and drove people mad. The crushing atmosphere doesn’t abate during the combat; when a game’s tutorial ends with a husband finding his wife’s severed head in a box, you know you’ve wandered into some pretty dark territory.

The game’s eerie setting is further bolstered by its dark presentation, which walks the line between Unforgiven and The Call Of Cthulu. The towns the player will visit look rickety and forbidding – their whole aesthetic screams ‘go away!’ – and the score, in which echoing drums, mournful trumpets, dust-covered strings and hollow winds, compliment the action beautifully. 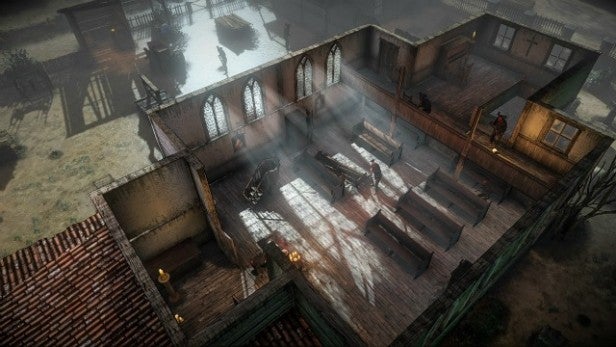 Anyone who has ever played the XCOM games will be right at home in Hard West – to the point where they’ll find that their tactical approach translates pretty well here. As in XCOM, patience and protection of assets aren’t just virtues, they’re mandatory for success; players who run into the fog of war or remain out in the open with no cover are taking a gamble that seldom pays off.

Aside from its hard-bitten horror setting, Hard West differentiates itself from XCOM by trading plasma pistols and laser guns for six-shooters and rifles, and psionic powers and genetic upgrades for occult powers. It also tosses XCOM’s classes and skill trees in favour of a card-based system. Each character in the game has a selection of slots in which the player places cards that confer different abilities – one, for example, replenishes health to any character who stays out of sunlight while another allows them to regenerate health if they feast on nearby corpses. It’s a system that allows for rather fluid customization, although the cards themselves need to be re-unlocked on a second play-through. 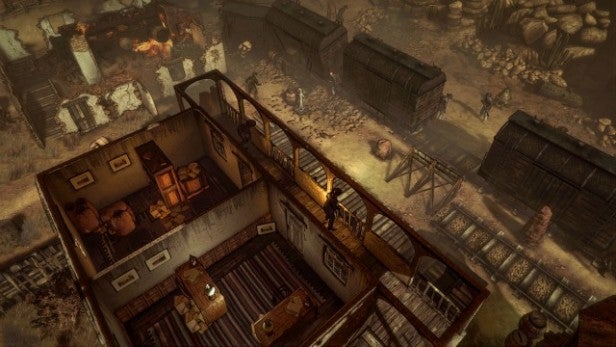 Luck also features prominently in the mix, which will likely delight any XCOM veterans who have found themselves stymied by lousy odds on hitting a target in spite of their decent tactical positioning. Each character has a base-rate Luck score and this goes up and down as the lead starts flying. A character with high luck is more likely to hit their target, although if they do, their target’s luck rises making them harder to hit in the next round.

Conversely, a character with low luck may fire wide, but by taking a shot in the first place, they’ll lower the luck of their target. Luck is also the fuel for the characters’ magical attacks, but you’ll need a boatload of it before you can use them. 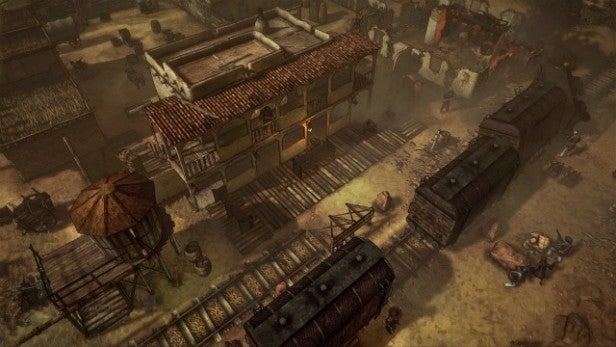 The campaign is divided into eight missions (based around eight protagonists) and as the player completes one they unlock another. For the most part they’re well constructed and offer a lot of variety, buy once the player has clocked them they’ll expose another of Hard West’s weaknesses – replay value. Since players start every mission from scratch, all of the powers are reset. Because of this, it’s impossible to replay scenarios by mixing and matching skills unlocked in the campaign. The game also loses some of its foreboding atmosphere once the players know what’s coming in the plot.

Verdict
So, like the Wild, Weird West it’s set in, Hard West is a little off-centre and rough around the edges. What’s admirable, however, is its evident that the developers who created it have a clear love for what they’re doing and that the Kickstarter budget that funded this game made every cent count.

There’s the kernel of a truly great game beating at the centre of Hard West’s black heart and one could only imagine what the developers could create with more time and money. As it stands, Hard West is certainly a worthy addition to any turn-based RPG fan’s catalogue – even if can’t stand toe-to-toe with the giants of this genre.