If you’ve got a heart- or a child – you’ve got to have a soft spot for Hannspree. For while the brand doesn’t generally trouble the higher end of our performance quality scale, it certainly knows how to have a bit of fun where design is concerned.

Among past glorious excesses on the Hannspree CV can be found TVs designed in the shape of footballs, oversized fruit, safari animals, and even Cinderella’s coach. Compared with these delightfully bonkers efforts, we guess the brand’s new HANNSjoy TV is a bit normal – despite it’s unashamedly evocative name. Compared with the rest of the TV world, though, there’s still plenty for ‘black TV haters’ to get excited about, given the HANNSjoy’s bold, ultra high-gloss finish and two striking colour options: deep red and bright white. 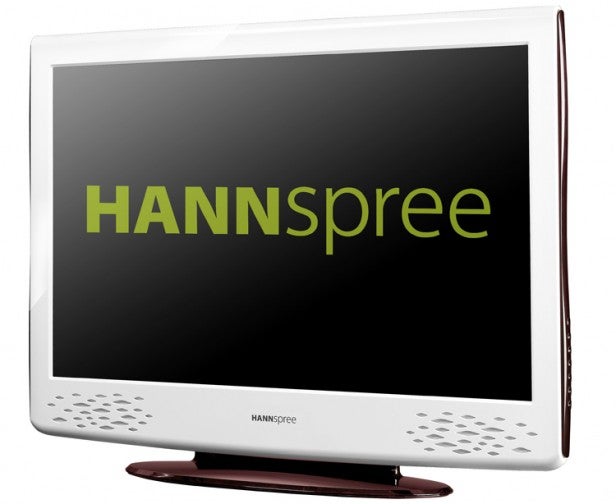 This is troubling on two counts. First, it’s going to mean that the TV won’t be able to show normal 16:9 programmes without either digitally manipulating them to fill the frame, or else leaving black bars above and below them. Second, 1,920×1,200-ratio screens tend to be associated more with the PC monitor than the TV market, making us wonder if the panel at the TV’s heart has been built for PC use first and TV use second. While quality PC monitors are arguably more colour accurate than TVs, cheap monitors can be pretty ropey and certainly aren’t optimised for video viewing.

Getting back to positives, the HANNSjoy will also appeal to bargain hunters on account of it costing just £199. Not bad at all for a TV that looks cute and sports a 28in screen.

Of course, though, as noted earlier, Hannspree TVs haven’t generally set the world alight with their performance. So for the reasonably quality-motivated buyer likely to be reading this article, just looking different and not costing much is certainly not a case of ‘job done’ for the HANNSjoy. It also needs to be at least half decent with its features and performance.

It only gets off to a pretty average start where features are concerned by not including any USB sockets among its connections. Given the HANNSjoy’s likely potential as a second-room TV, not providing some quick means of playing back AV files stored on USB sources, especially digital photos, is a pity.

Otherwise we guess the connection count is pretty par for the course for a budget 28in TV.  There are a couple of HDMIs, a component video input, a single Scart, and perhaps best of all, a VGA input. Being able to double the TV up as a PC monitor makes its £199 price look even better potential value.

Two final pleasant surprises are Hannspree’s offer of a two-year collect and return warranty on the TV, and a claimed 2 x 10W of audio power from the speakers that’s markedly higher than the measly figures usually associated with cheap, small TVs.

Heading into the onscreen menus, while decently attractive and quite legible, they’re certainly not overburdened with features. There are a few picture presets, an X-Contrast feature for boosting backlight adjustment and an unusual but actually welcome feature for adjusting the amount of time the onscreen menus stay on screen. Otherwise it’s pretty much just the basics.

Although the onscreen menus are pretty straightforward, though, the HANNSjoy isn’t particularly friendly to use overall. The remote control doesn’t feel very intuitive, and the screen sometimes responds sluggishly to your remote commands. 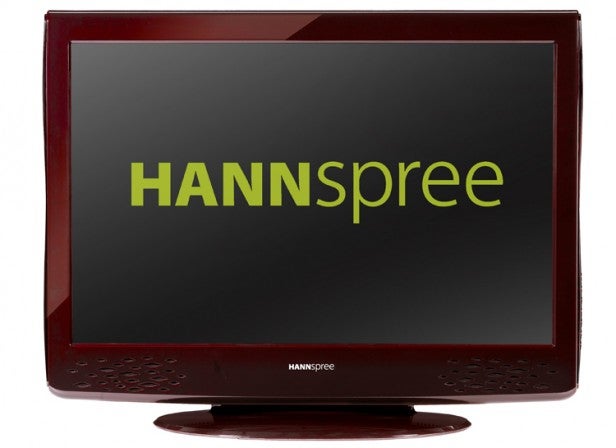 Also extremely annoying is the way that pressing a number when switching to the TV’s tuners from an AV input takes you by default to the analogue tuner, rather than the digital one. To access the digital tuner you thus have to press the Input button, as you would if you were accessing one of the HDMIs.

Then there’s the electronic programme guide for the digital tuner. This appears semi-translucently over the top of the channel you’re watching and doesn’t get much space, making it difficult to read and short of visible information. Worse, when you scroll down to another channel to see what that might be showing, the tuner actually changes channel to the one you’ve moved to on the EPG. This slows EPG navigation down horrendously, and also prevents you from being able to keep watching the channel you were on when you pressed the EPG button. Daft.

First impressions of the HANNSjoy’s picture quality were that our concerns about its potential PC bias were reasonably well founded. For there’s no doubt that colours don’t look ‘right’ when watching video sources. The tone in general just doesn’t feel at all natural, and there are lots of imbalances – especially yellowy skin tones and some over-aggressive reds and oranges. Your eyes do ‘acclimatise’ somewhat to the odd colour situation over time, but it’s still comfortably a severe enough problem to set serious alarm bells ringing about what we might expect from other aspects of the TV’s performance.

Sure enough, there’s another issue for the TV when it comes to sharpness. For its HD pictures just don’t look very HD. There’s a small step up from standard definition, but it’s not as pronounced in terms of either detail or crispness as we would like.

It doesn’t help, either, that despite the claimed 3ms (grey to grey) response time, the picture is still prone to a degree of motion blur, especially during camera pans. Plus we detected some slight shimmering noise over bright parts of pictures during camera pans.

The HANNSjoy further lives down to its price with its contrast performance. Or at least, its black levels. Actually, using the word black in association with this set’s pictures isn’t really on, as it’s simply not able to deliver anything deeper than a sort of greyish blue, thanks to the amount of low contrast ‘mist’ lying over the top of everything. 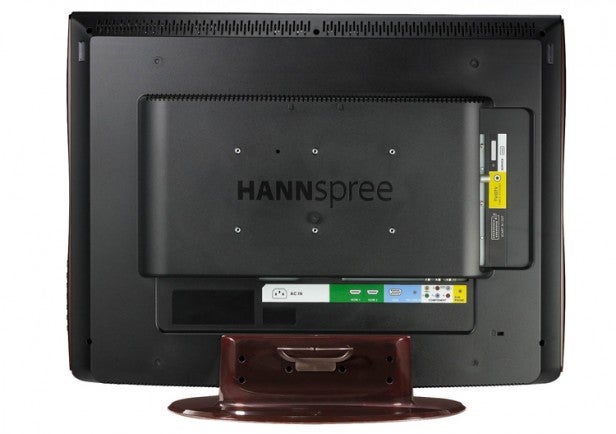 Then, of course, there are the predicted aspect ratio concerns. Use the set in its ‘full’ aspect ratio and while 16:9 pictures fill the screen, they look slightly stretched vertically. Go for the Wide settting, and while the picture appears intact and in the right proportions, you’ve got narrow black bars to top and bottom. To be fair, the images in this mode are still appearing on 1,920×1,080 pixels, as they would on a normal 16:9-ratio TV, but somehow we suspect people will still find having to have black bars on ALL their widescreen viewing annoying. Especially as these black bars look so grey thanks to the set’s lack of black level.

Pictures can, we guess, look quite bright for a budget set, and colours can look very punchy if you aren’t somehow alienated by the colour tone issues. Also the set is oddly accomplished at upscaling standard definition sources, at least to the extent that it doesn’t make them look either unduly soft or excessively noisy. Otherwise, though, the HANNSjoy’s pictures make us feel anything but joy.

The set’s finest performance asset, in fact, is its sound quality. The speakers can go surprisingly loud, and they can do so without distorting or sounding ‘crowded’.

Any 28in screen clearly has potential as a gaming monitor. But as well as feeling that our gaming was hindered by the screen’s lack of contrast, the screen’s input lag felt a touch inconsistent – a feeling backed up by our input lag measurements, which bizarrely varied from as low as just 6ms to as high as a definitely problematic 80ms, with around 40ms as the average.

The Hannspree HANNSjoy does not, alas, live up to its name. Yes, it’s remarkably cheap, and yes, it looks cute in a kitchen or bedroom. And yes, we guess you could argue that the fact that a 28in TV even switches on is acceptable for £199. But for us, the HANNSjoy is more an argument for spending more than a compelling budget option.