The set additionally manages to rise above its non-full HD native resolution with relatively static HD footage to deliver an image of very respectable sharpness and detail. It’s less accomplished when it comes to upscaling standard definition sources to its 1366×768 pixels, though, leaving them looking a bit soft and muted (though at least they don’t also look especially noisy).

Discussing the AD32UMMB’s sharpness does bring us to the set’s biggest picture weakness, though. For while, as stated, Hannspree’s set does pretty well when it comes to handling static HD footage, sharpness levels take a fairly major hit whenever the screen has to handle any significant amount of motion.

This is down, almost certainly, to the panel at the TV’s heart not enjoying a very rapid response time by modern standards. And the problem can be so severe that it actually leaves pictures looking smeary from time to time. There’s nothing much you can do about the problem either, given the absence of any serious motion processing circuitry. 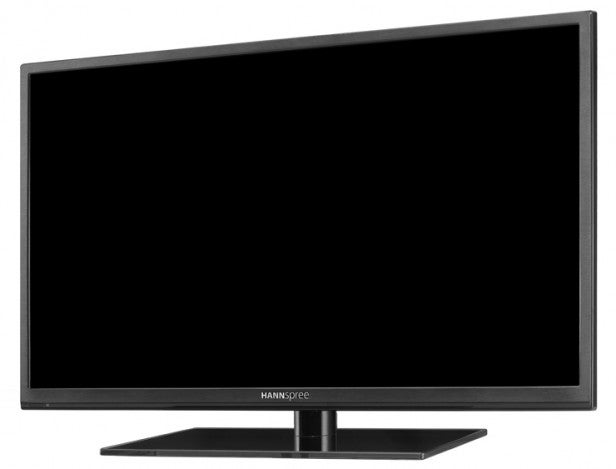 The resolution loss is joined when watching Blu-rays, moreover, by a little juddering during camera pans.
Not surprisingly the motion problems we’re talking about here aren’t particularly conducive to video gaming. And the AD32UMMB further blots its copy book with gamers by turning in below average input lag figure of around 67ms – enough, just about, to slightly impact your gaming performance.

ue
The motion and input lag flaws are severe enough to stop us giving the AD32UMMB the unbridled recommendation it might otherwise have earned. That said, while the Finlux 32F8030-T handles motion much better, if you don’t want to or can’t find the extra £100 needed for that model, by £200 32in standards the AD32UMMB remains an unusually accomplished picture performer. 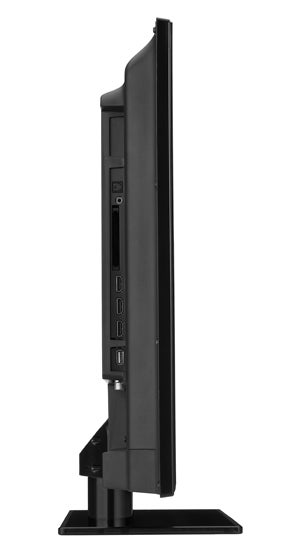 Its sound isn’t shockingly bad either – which counts as a compliment when you’re talking about the ultra-cheap end of the TV market! Its speakers are able to get reasonably loud without distorting or suffering cabinet ‘rattle’, and voices sound surprisingly well-rounded and clear. Probably inevitably the set’s inability to shift through many gears with its soundstage finds action scenes sounding rather crowded and muddy, but this effect only occasionally descends into actual harshness. In short, the AD32UMMB seldom causes your ears the sort of physical pain created by most budget small-screen TVs.

While this Hannspree doesn’t join the Finlux 32F8030-T in totally rewriting the budget TV rulebook, it’s still far better than you’ve any right to expect for under £200. So if your budget won’t stretch to the £300 Finlux, the AD32UMMB has got to at least make your shortlist.