No one should underestimate just how important the original Halo was to the console first person shooter genre. Yes, Goldeneye and Perfect Dark on the N64 laid the groundwork and proved that an FPS game was possible using a controller rather than a keyboard and mouse, but Halo didn’t just take things to the next level, it completely rewrote the rule book.


What made Halo so special was that it was more than just a mindless shooter, more than just a natural evolution of Doom, like so many PC based FPS games. Like the PC classic, Half Life, Halo brought with it a storyline that was intrinsic to the gaming experience, creating an environment that was as immersive as it was beautiful. 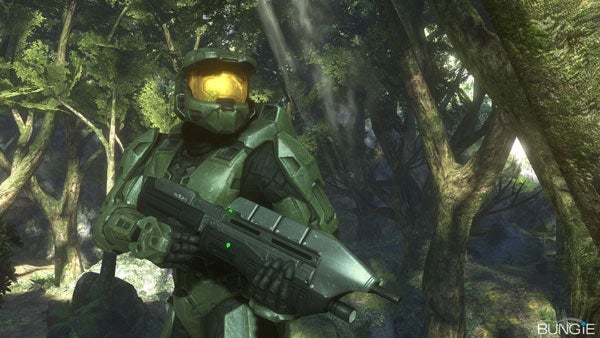 Halo 2 pushed the graphics capability of the original Xbox to its limit, while continuing the compulsive story. The short single player campaign in Halo 2 came in for much criticism, but it was more the unexpectedly abrupt ending to the single player campaign that irked players. Most gamers who played Halo 2 through, including myself, felt slightly cheated, since there wasn’t really an ending at all, just a big question mark and wild speculation as to what would happen next. Thankfully we can now put all that speculation to bed, because Master Chief is back, and as the tag line states, this time he’s going to finish the fight! 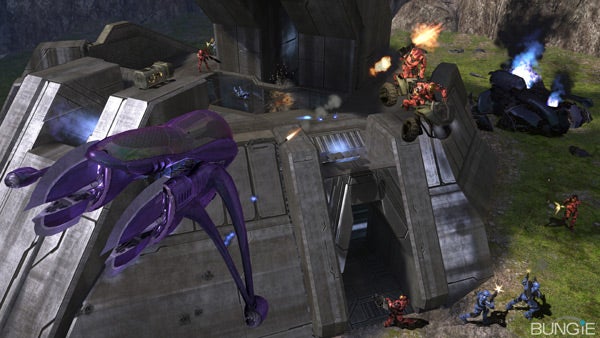 Halo 3 picks up pretty much exactly where Halo 2 left off, so if you never played the second instalment, do yourself a favour and do so before starting Halo 3 (yes I’m talking to you Geoff). OK, so Halo 3 doesn’t start exactly where Halo 2 left off, since the Arbiter has now joined forces with the humans, along with all the other Elites. Anyone looking forward to donning the Arbiter’s amour again, will be disappointed as he’s purely a non-player character this time around.


Likewise, anyone who’s expecting Halo 3 to be considerably longer than its predecessor will not be happy, but at least this time around there is a proper and very satisfying end to proceedings. I know it sounds somewhat cliché, but playing through Halo 3’s single player campaign almost feels like playing through a movie. As a Halo fan, I found that I was so invested in the story of Master Chief and Cortana, that it genuinely felt as if I was watching the final part in a movie trilogy at times – something that I’m sure Bungie will be pleased to hear. 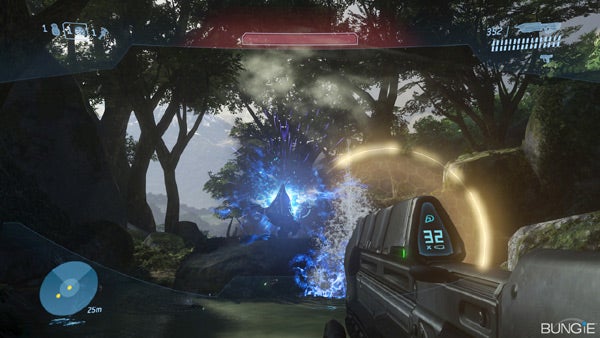 I won’t go into any detail about how the story develops, because I don’t want to spoil it for you. Suffice to say, it’s well paced and well written – many a screen writer could learn a thing or two from whomever penned the Halo trilogy story. At least it means that Peter Jackson has a great starting point for the forthcoming Halo movie.

Graphically Halo 3 is slightly disappointing. If you completely detach yourself from the gameplay and just evaluate the visuals, you’ll notice that compared to say, Gears of War, Halo 3 looks a little rough. Facial models in particular are far from convincing, especially when compared to staggeringly realistic faces in the forthcoming Xbox 360 title, Mass Effect. But once you start playing the game, once you start finding yourself immersed in the combat and the story, once you find yourself nailing Brutes and Grunts, then diving behind cover to recharge your shields, you won’t even notice the slightly primitive graphics engine. 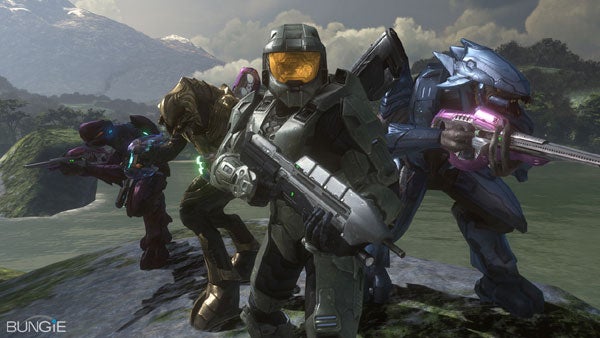 Don’t get me wrong, Halo 3 doesn’t look bad by any stretch of the imagination, it just doesn’t look quite as good as some recent Xbox 360 titles. Bungie has still thrown in some nice eye candy though. There are some lovely particle effects as sand blows across the desert, while the HDR lighting adds significant atmosphere to proceedings.


If the graphics are low key, the sound is first rate. Halo games have always had superbly orchestrated scores, but Halo 3 moves the game on. The music really does set the scene and drive the action, drawing you further into Master Chief’s world. Likewise, the sound effects are work brilliantly, and are often key to finding your targets.

Fans of Master Chief’s primary weapon from Halo 1 will be glad to hear that the assault rifle makes a return, having been left out of Halo 2. Also, the all powerful pistol from Halo 1, which had its punching power significantly downgraded for Halo 2, now doesn’t even have a sight, making it a last resort weapon, rather than a weapon of choice. But it’s the energy sword that steals the show, proving to be the most effective killing tool in Master Chief’s arsenal.


As with all the Halo games, Master Chief is often accompanied by computer controlled companions. This time around he fights alongside the Arbiter and his Elites as well as Space Marines. The random dialogue from these characters often helps drive the story, as well as entertaining the player. Oh, and any Firefly / Serenity fans will be chuffed to hear Mal’s voice barking at them in the middle of a fire fight. 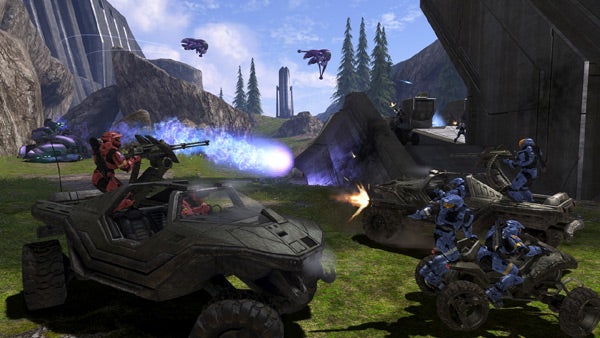 Great though the single player campaign is, it’s only a small part of the Halo 3 experience. Just like Halo 2 before it, Halo 3 pushes the boundaries of console based online gaming. First up, Bungie has addressed one of the major omissions from the Halo 2 online feature list – co-operative play over Xbox Live. In Halo 3 you can get together with up to three of your friends and play through the campaign missions together. This really does add another dimension to the campaign, and will no doubt have players battling through the entire game several times at every skill level.

If you prefer to play against others, you definitely won’t be disappointed, with a host of different options including old favourites like deathmatch and capture the flag. You earn rankings as you play through matches – this allows Xbox Live to match players of similar skill levels in open play. You can of course create matches solely for your own friends, after all, it’s always more satisfying to kill someone you know. 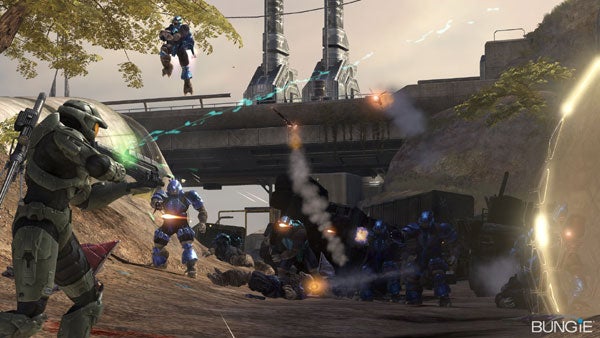 Talking of wasting your mates, there’s a great new feature in Halo 3 that will make your gloating all the more sweet. The Halo 3 Saved Films feature records all your battles, allowing you to view them from any angle and even take screen shots. There’s nothing quite sending a buddy a screen grab of you nailing him from a thousand yards with a head shot.


Then you’ve got Forge – probably the most innovative multi-player feature I’ve ever seen in a game. With Forge enabled in a map, players can alter the world around them in real time – objects can be inserted and deleted, weapons and vehicles added, with respawn times altered. Forge adds a whole new dimension to the online angle of Halo 3, allowing the players to come up with far more inventive ways to kill each other! 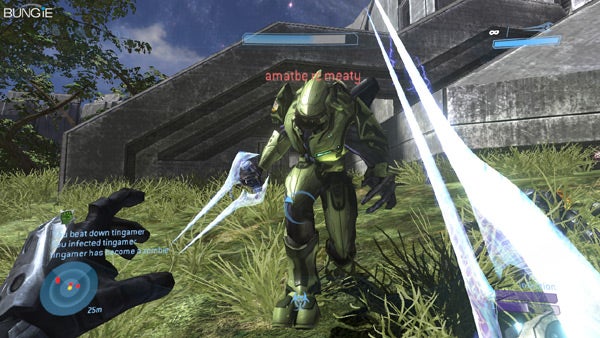 But without a doubt, the most impressive part of Halo 3’s online experience is just how fast and fluid the gameplay is. This may well be the reason for the somewhat conservative graphics, and once you get caught up in the multi-player madness on Xbox Live, you realise that if this was the compromise that Bungie had to make, it was most definitely the right one.


So, is Halo 3 the best game ever? No, I don’t think so, but it is bloody good. The most obvious comparison will be to last month’s Bioshock, but that is somewhat unfair. Bioshock is a single player only game, which means that far more development time could be spent on the graphics and presentation. It’s also worth remembering that Halo 3 couldn’t really break new ground in the single player campaign, since Bungie had to think about the continuity with the previous two titles – Bioshock was under no such constraints.


One thing’s for sure though, I haven’t enjoyed playing any Xbox 360 game more than Halo 3, whether in single or multiplayer mode, and that just about says it all. 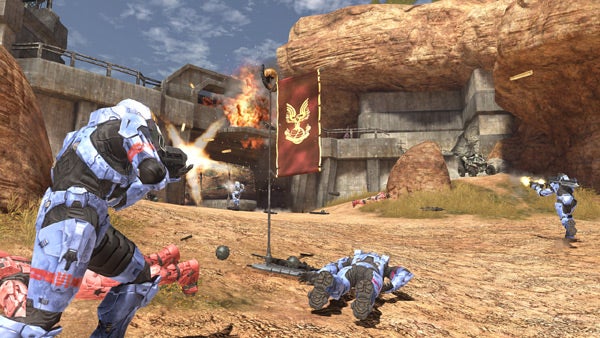 
Halo 3 isn’t the ground breaking epic that many had expected it to be, specifically in the visual department. But what you are getting is a well written, well paced and well presented end to the Halo trilogy that should keep any fan very happy. Add to that simply the best console based online gaming experience ever, and it’s clear that Halo 3 represents yet another triumph for the Xbox 360.