An attractive exterior and touch controls contribute to the appeal of the Haden Lorraine Pascale 3.6-litre Black & Copper Digital Air Fryer. However, you’d hope for more guidance and recipe ideas when a chef who specialises in nutrition and wellness has their name on it. As an air fryer it performs adequately enough, but the presets often need adjusting to ensure food is thoroughly cooked. While it isn't the cheapest on the market, the air fryer is reasonably priced. Plus, it offers sufficient capacity for a small household, which should make it a good-value buy for most.

Part of a range of products created in collaboration with TV chef Lorraine Pascal (they include a soup maker, blender and a multicooker), the Haden Lorraine Pascale 3.6-litre Black & Copper Digital Air Fryer doesn’t just provide a healthy way to enjoy fried food, but a stylish one too.

Rather than plaster the exterior with dials and diagrams, when this air fryer is turned off all you see is a sleek black appliance with distinctive copper details and a power light. In addition, it comes with eight presets – including fish, baking and chips – that can be toggled in time and temperature to suit. 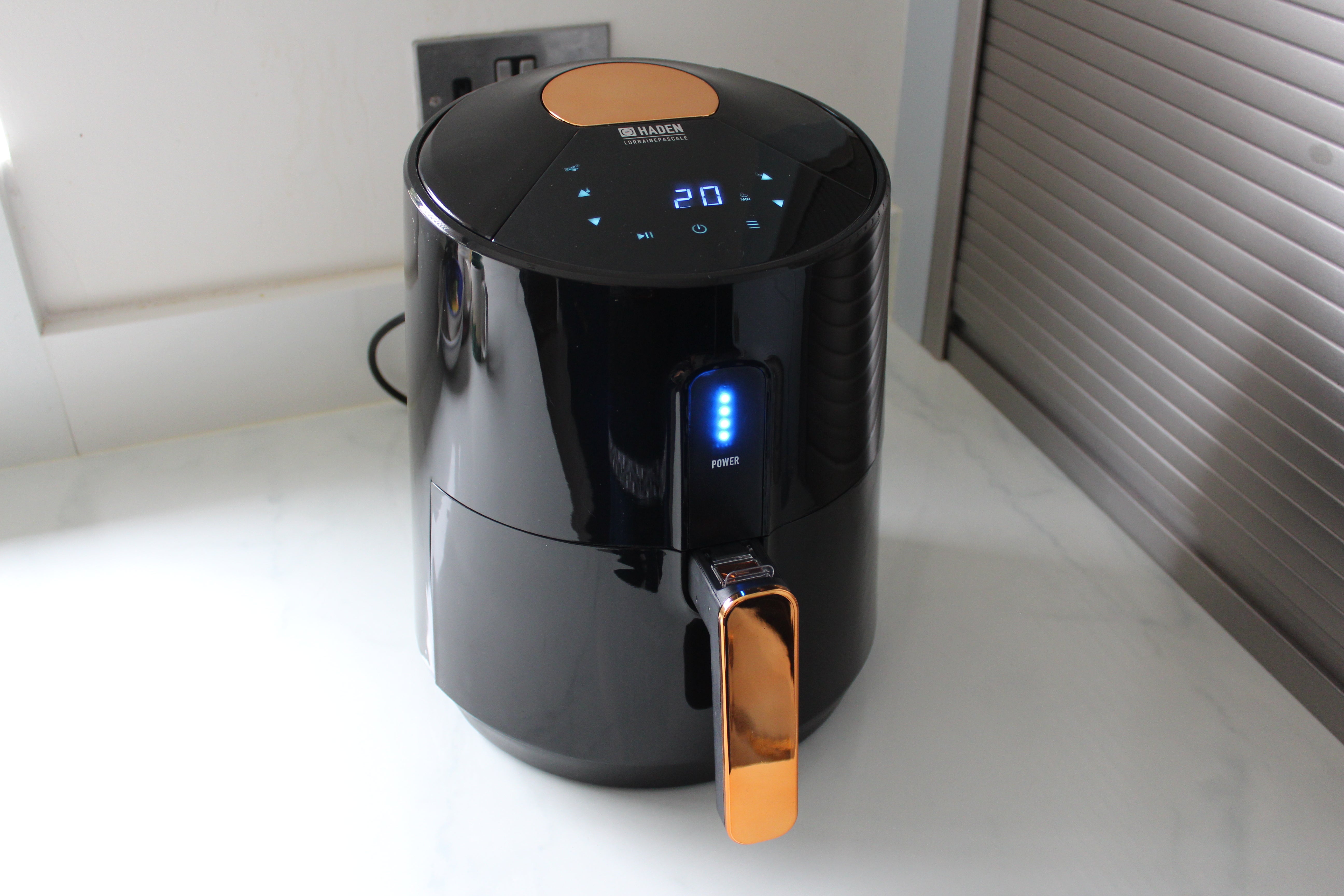 It looks neat, but the air fryer could do with some bundled recipes to help you get started

Lorraine Pascale may have had a hand in creating this air fryer – despite it bearing more than a passing resemblance to one of Haden’s manual-control models that’s £10 cheaper – but her influence hasn’t extended to including any recipes, or even guidance for cooking low-fat fresh chips. The instructions are basic, with only a table of times and temperatures for a few different foods on offer – some of which contradict the presets.

If you’ve owned an air fryer before, this may not be such an issue, but first-timers are likely to find themselves testing and readjusting fairly often. Having to remember to add the required three minutes to preheat from cold also makes the presets less useful; you can’t simply pick one and hit start. 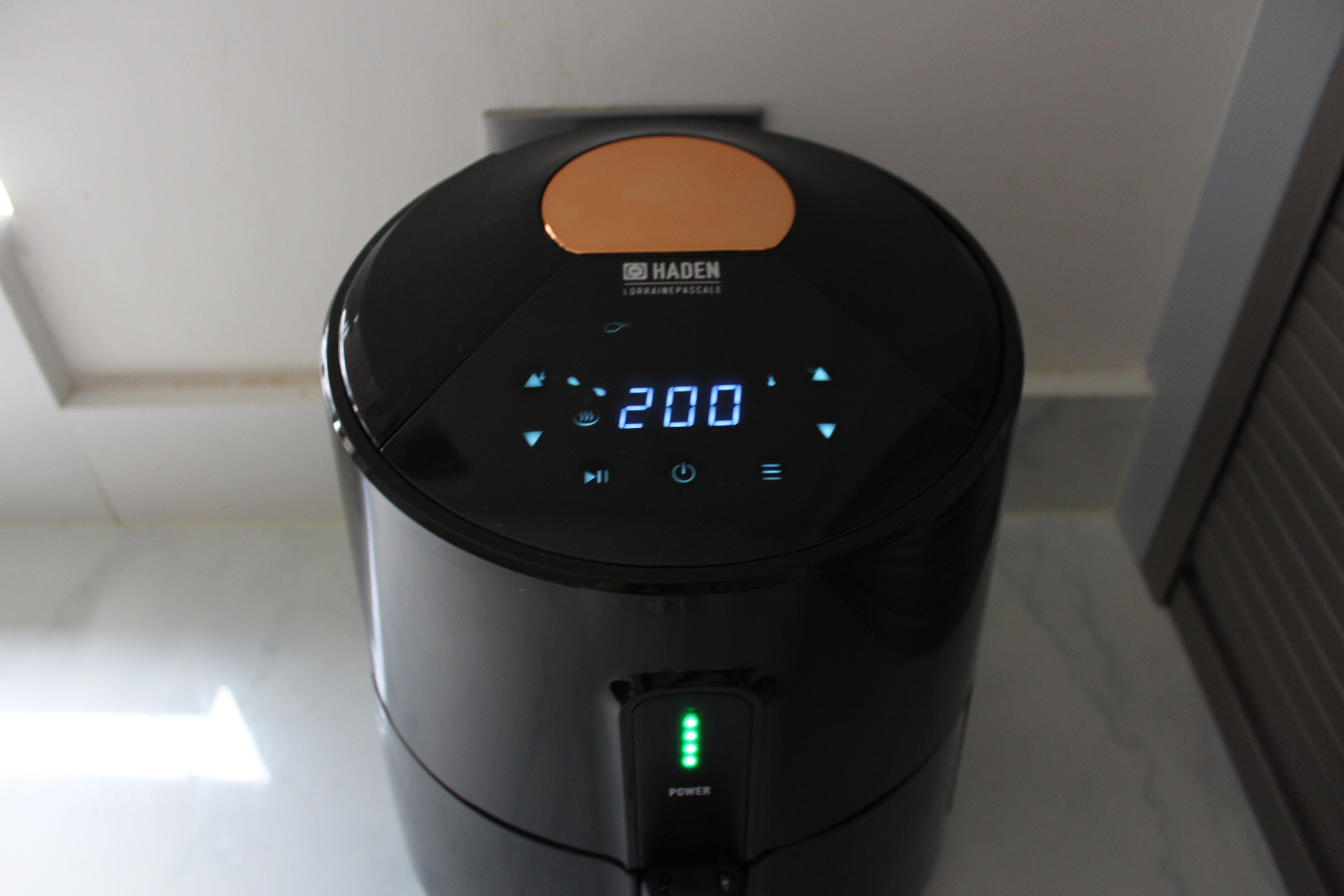 Not all of the controls are particularly obvious.

The other issue with the presets is having to figure out what some of them are; they’re not named in the manual or on the machine. While some are recognisably poultry and seafood, a couple of the other blobs are certain to leave you scratching your head.

The controls could be more intuitive, too. Presets are selected using a burger menu that you’ll find at the bottom of the panel, rather than at the top. Two other symbols, showing that the motor and heating element are working, feel superfluous, and there’s no indication of when the appliance has reached cooking temperature, the maximum of which is 200ºC. 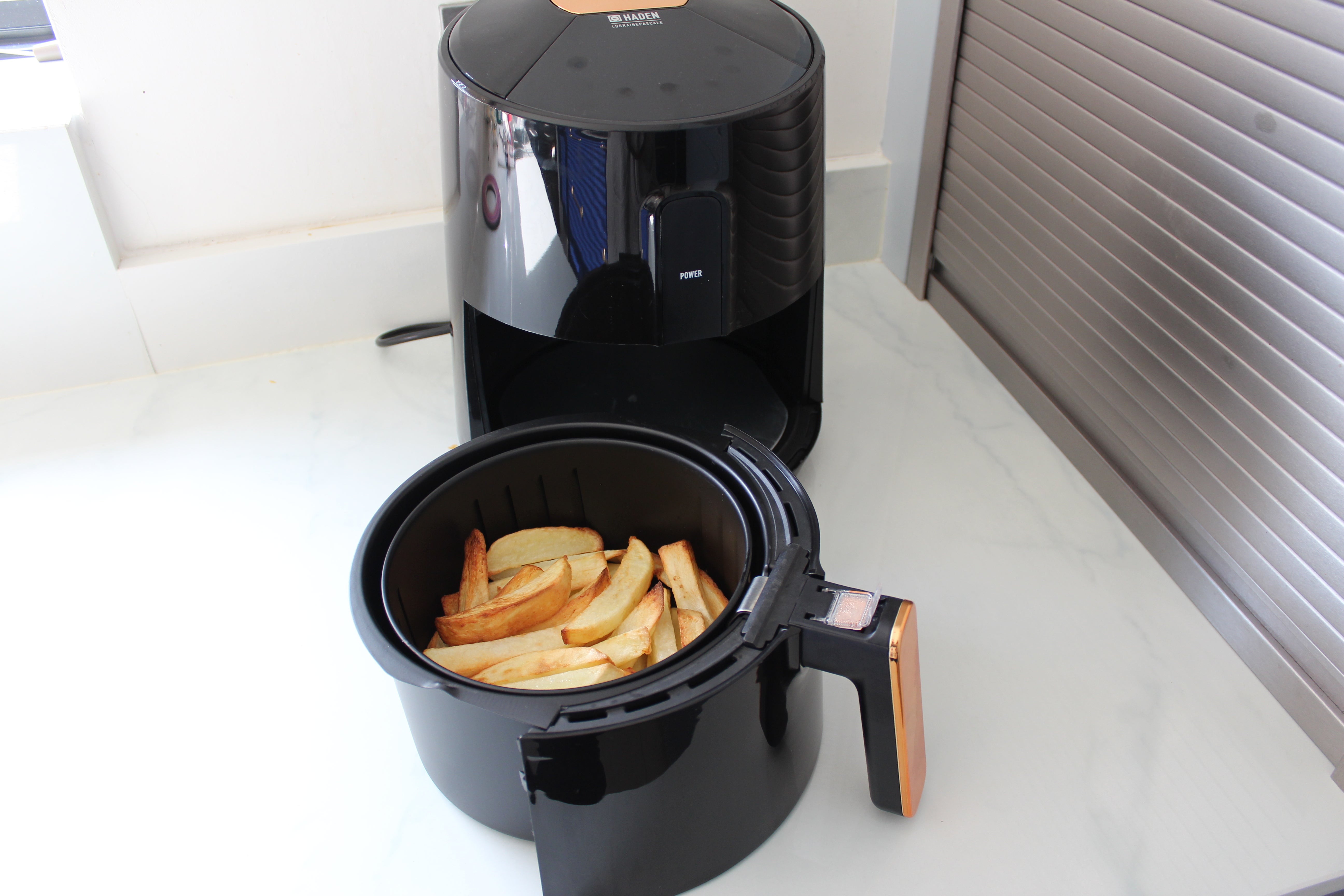 On the plus side, both the time and temperature can be increased or reduced during cooking if you decide that something require more or less heat or time. I found this useful when cooking chips; I was able to add a further four minutes to the cooking time for extra browning. The resulting chips still weren’t as consistently golden as hoped, but they were slightly crispier. 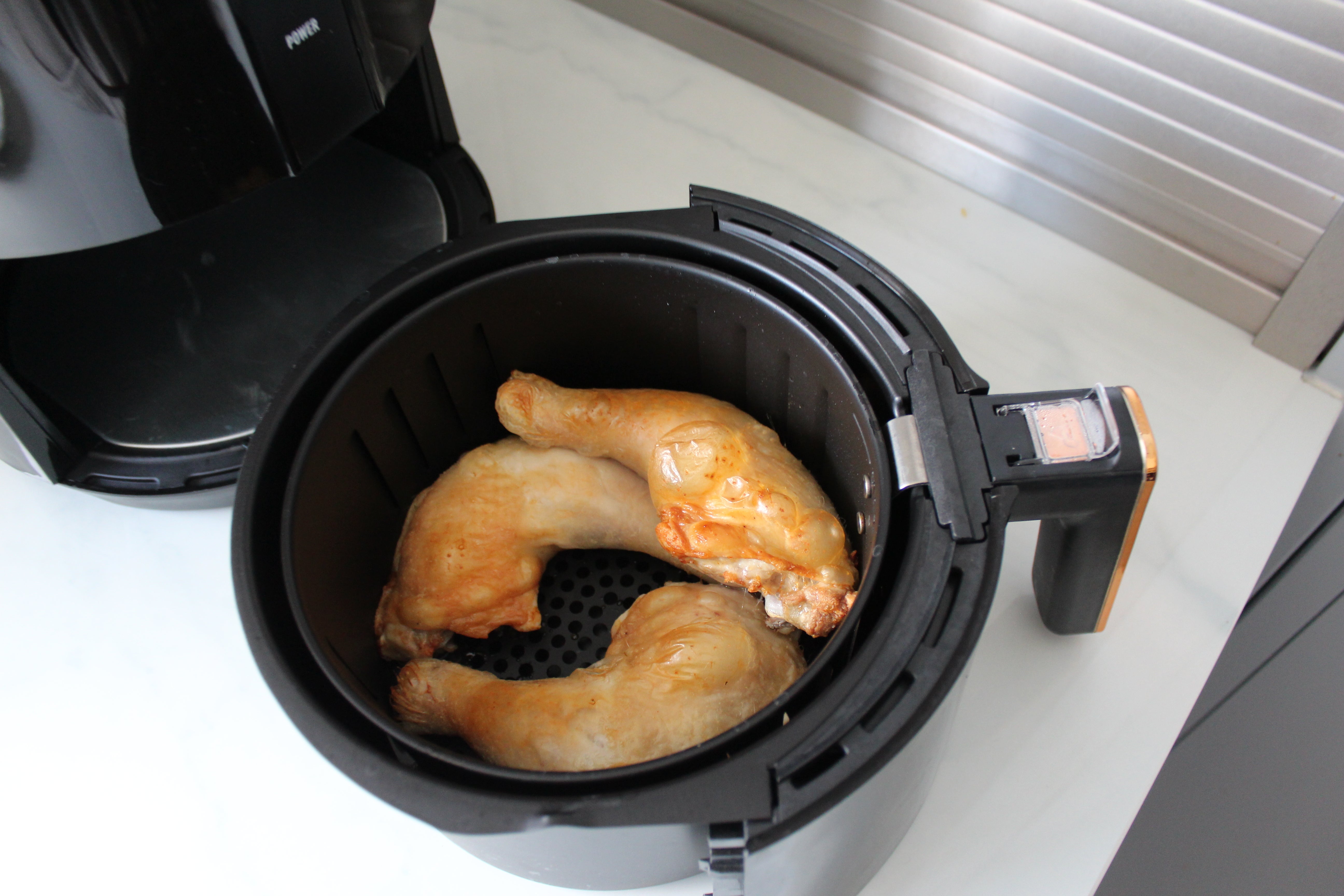 At 2.6l, the basket is on the small side

In general, the design of the air fryer has plenty going for it. Besides being aesthetically pleasing, it includes indentations on the base for picking it up; it isn’t too heavy; plus push-in cable storage means you won’t have to fiddle with a messy cord that needs wrapping around notches.

The only real niggle is a clear plastic button cover that’s supposed to stop the inner basket from being accidentally detached from the drawer – it’s only lightly hinged and could be snapped off during washing. It also filled with condensation as food (chips, then chicken) was cooking.

What’s more likely to be an issue is the capacity of the basket. At only 2.6 litres, the optimum amount of fries we were able to get in was a mere 500g. I found that piled-up food (such as a half basket of chips then three chicken legs) didn’t heat through as well as a single layer of pizza slices. This may be down to the basket’s design more than the power of the machine. Instead of a wire mesh or crisping plate, the Haden air fryer has only small holes in its base and slits around the sides. Cleaning the basket by hand can prove a messy job, especially when trying to clean out grease from the side slits. Confusingly, the instructions don’t state that the basket is dishwasher-safe, even though it is.

If you have more money to spend on an air fryer than the price of a basic model, but aren’t quite ready to splash the cash on the likes of Ninja or Philips units, this appliance may be the perfect fit. While its presets need a bit of a tweak, and it isn’t the best model I’ve encountered for crisping, it still puts in a decent performance and looks great on the worktop.

Plus, with just enough capacity for a small family’s needs, but plenty sufficient for couples and solo households, there’s no reason that the Haden Black & Copper Digital Air Fryer shouldn’t get plenty of daily use.