Fitting into a drawer, the Gtech HyLite is a remarkably small, space-saving vacuum cleaner. Its clever design and telescopic handle rapidly turns this into a regular cordless cleaner. Where Gtech has scaled down the size of the vacuum, it has also scaled down the power, and our tests frequently showed that the vacuum left behind dust, requiring multiple sweeps to clean up. In addition, there are no attachments to add flexibility. If you need a secondary cleaner for quick jobs – say, after cooking – then the HyLite’s a good choice. For a deep clean, however, sufficient power is lacking here.

What is the Gtech HyLite?

Although cordless vacuum cleaners are far smaller than plug-in models, Gtech clearly doesn’t think that they’re small enough. Now, the company has the Gtech HyLite: a cordless vacuum that can be packed up and stored in a drawer. You can use it as a handheld cleaner for smaller jobs, but its telescopic handle cleverly converts the HyLite into a full-height vacuum when you need it.

On first looks, Gtech’s vacuum is impressive – there’s nothing quite like the HyLite. Once you get over the size, though, you’ll quickly realise that the lack of power makes the HyLite better as a secondary cleaner.

Gtech HyLite – What you need to know

If nothing else, you’ll be hard-pressed not to be struck by the Gtech HyLite’s compact footprint. The vacuum is built into the floor head, which can be gripped, whiteboard eraser-style, and used handheld. This part of the vacuum holds a rotating brush, designed to agitate dirt so that the vacuum can suck it up. Handily, Gtech provides a small razor for cutting away any hair that becomes wrapped around it. 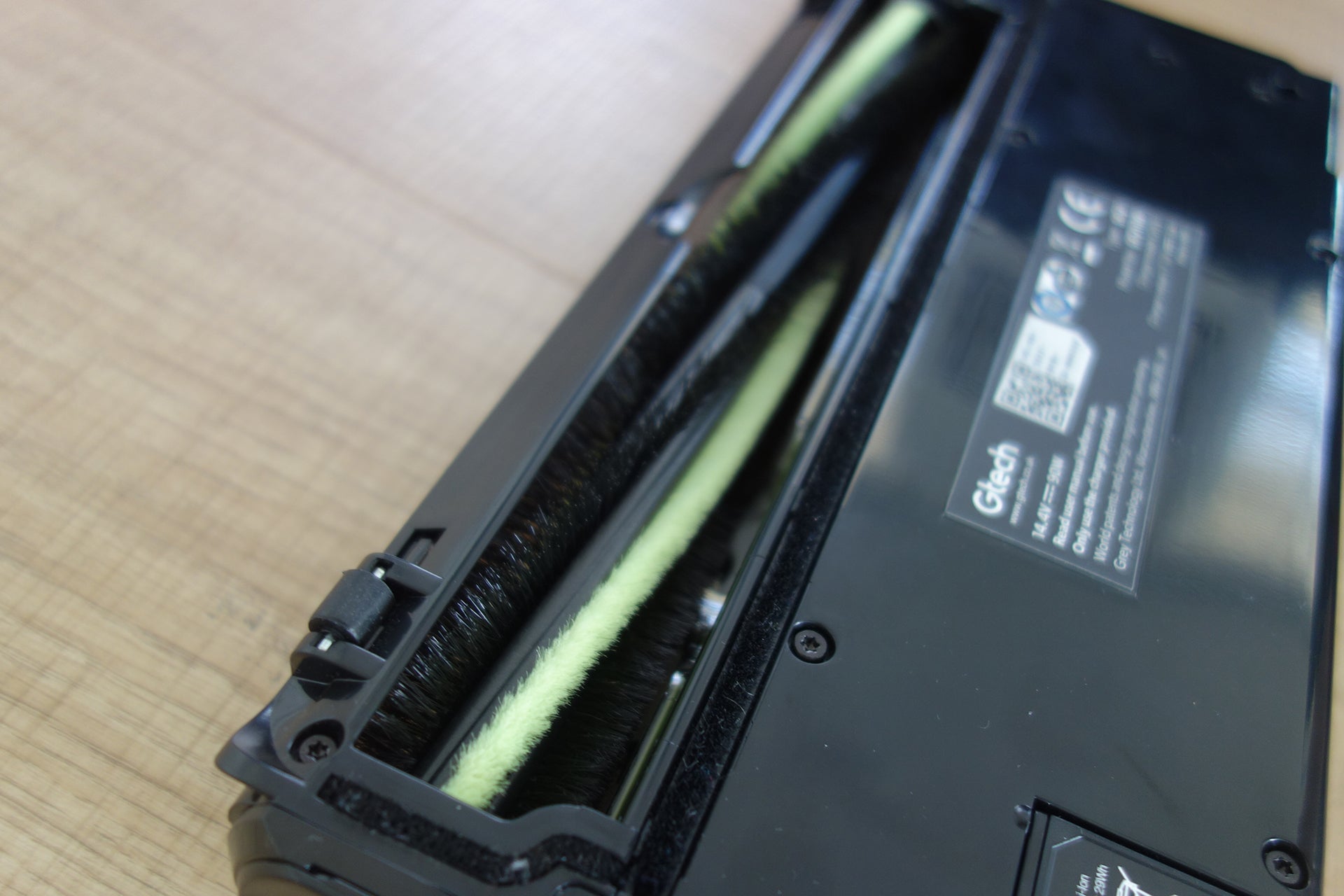 There’s also a telescopic handle that clips onto the back, extending the vacuum to full height for floor cleaning. As Gtech proudly claims, the two parts are small enough to stow away in a drawer.

In handheld mode, the vacuum weighs just 1kg. This makes it one of the lightest vacuums I’ve tested; with the handle, it’s still just 1.5kg. Once you join the head and handle together, the vacuum’s narrow width lets you nimbly navigate around the usual household obstacles. 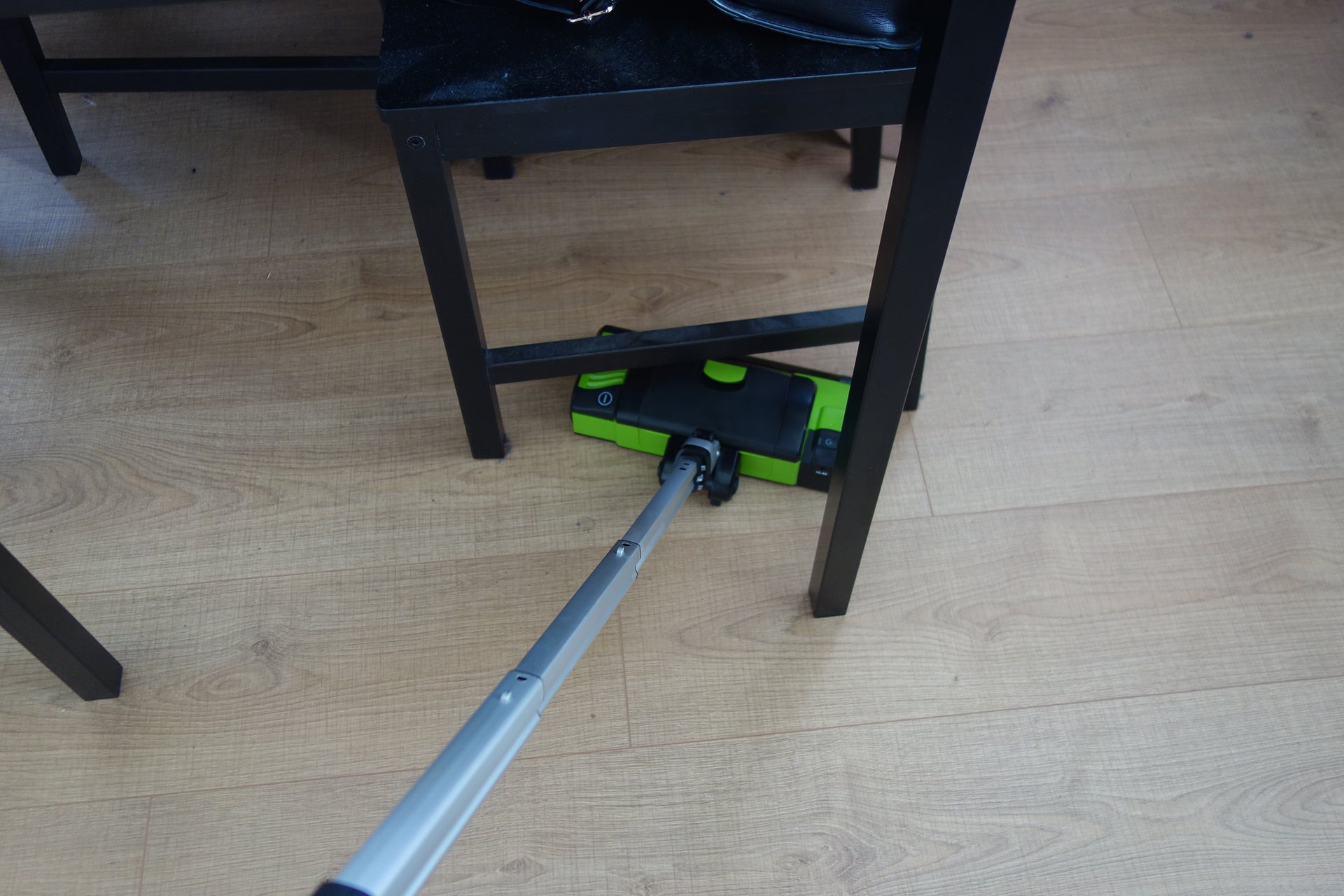 In full mode, the vacuum is easy to move around

Swift navigation is aided by its movement as well as its compact size. The single point of connection between the handle and the vacuum head lets you turn and reposition with ease.

The vacuum feels extremely light as you make your way around the home, but just heavy enough to ensure it stays on the ground and responds to pushes and pulls as you’d like.

The HyLite’s head is rather tall, which makes it hard to get under some sofas and other low furniture A lack of attachments means there’s no way to tackle this problem, either, beyond barging your weighty sofa out of the way. 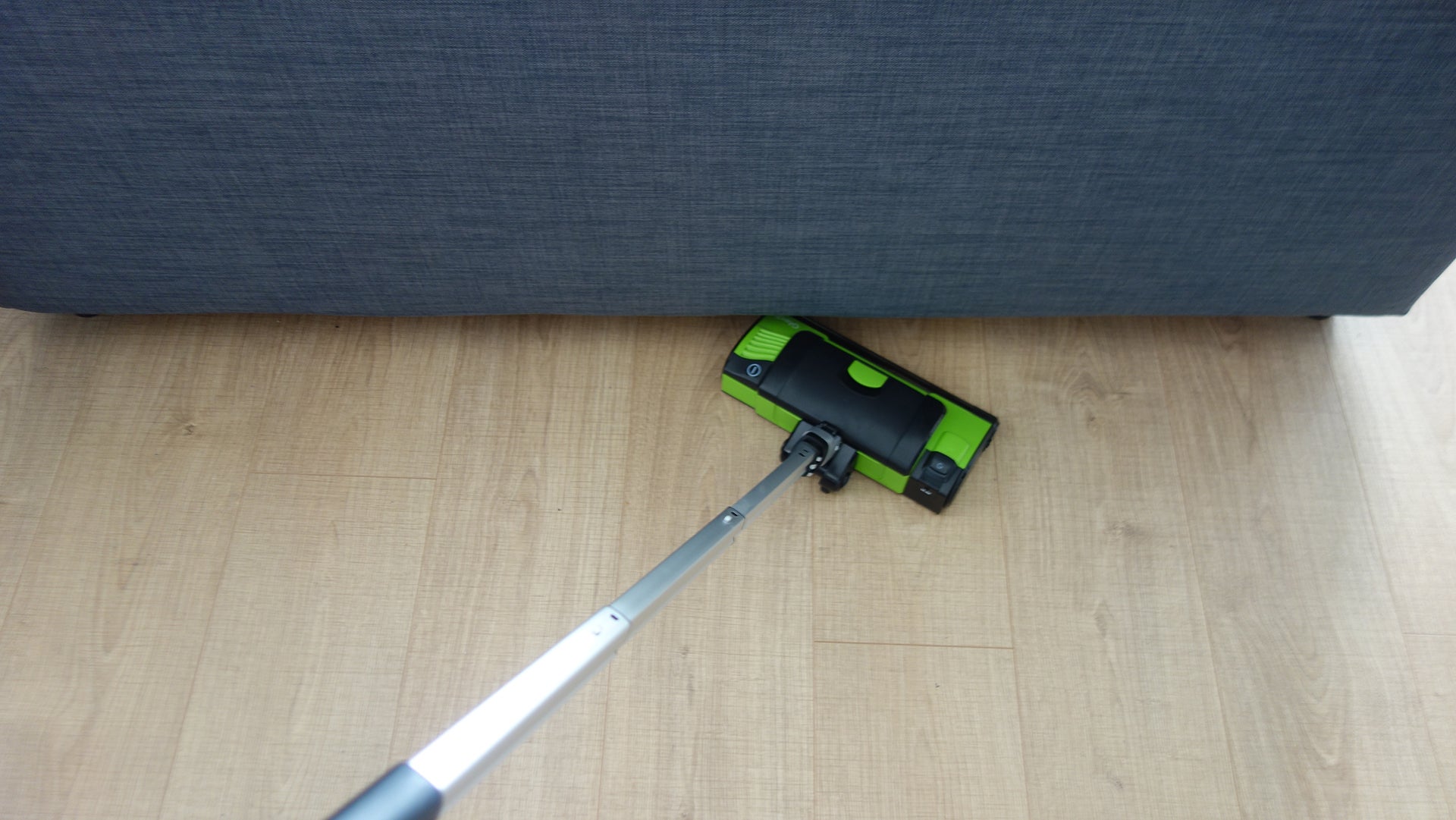 The fairly high head won’t fit under all furniture

A lack of power is the Gtech HyLite’s Achilles heel, often rendering the vacuum less effective than its competition.

The HyLite didn’t perform too badly in our carpet test. Here, I poured some flour on the floor and went over the area with one pass of the vacuum. With plenty of visible debris left behind, the Hylite clearly lacks the power of other cordless cleaners. 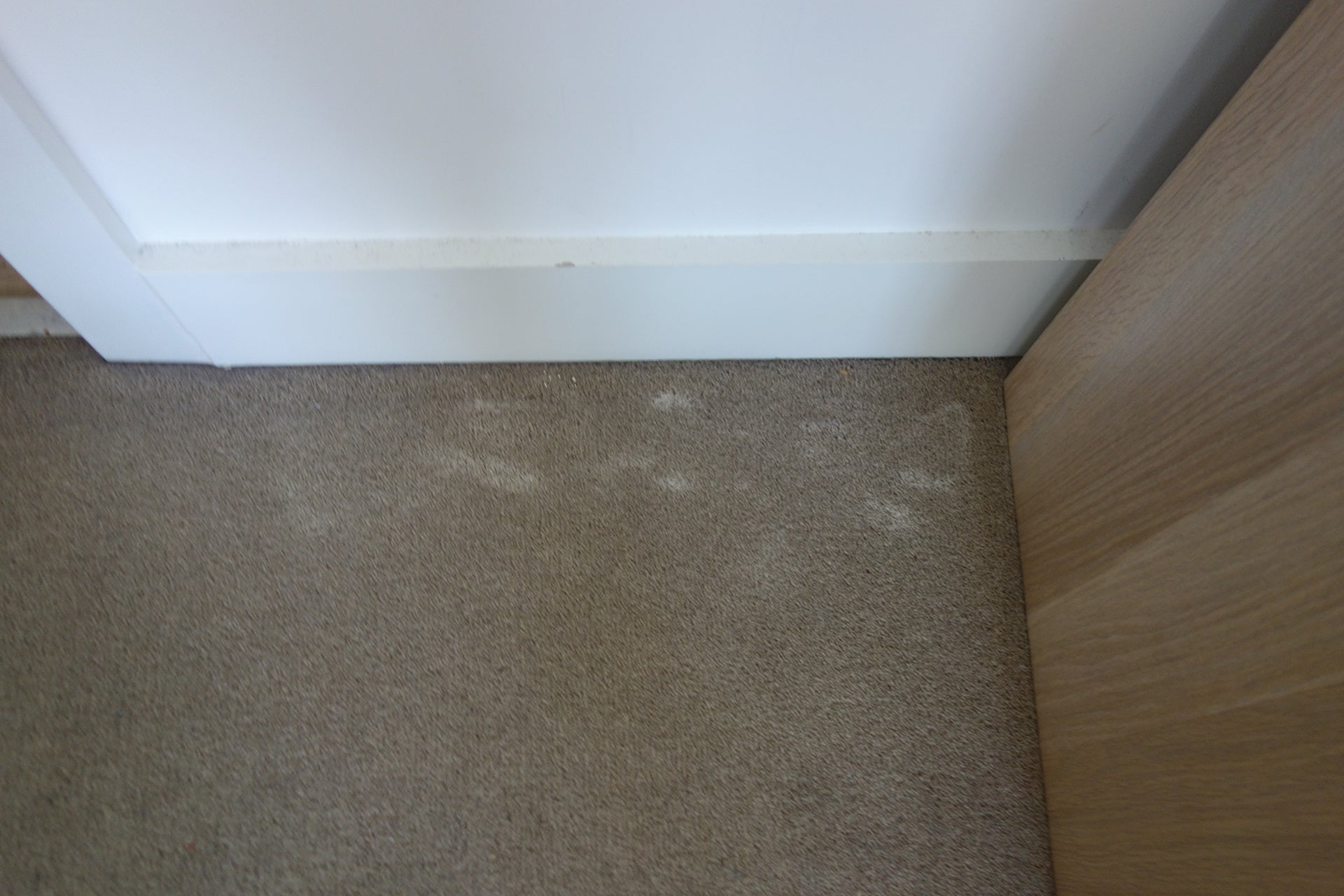 A second swipe did often do the job, however, so the HyLite is capable of picking up dirt; it’s just that you may need a few swipes with the vacuum to get it all. It’s a shame that there’s no boost mode to provide some well-needed extra oomph for tougher jobs.

The hard-floor test showed the HyLite to be quite frustrating. We scattered rice on the floor, then gave the vacuum a single pass through the middle.

Around half of the rice was picked up, with the rest simply pushed on by the HyLite. Vacuuming up the rest of the rice after the test was nothing short of a nightmare. The grains were constantly being pushed around the floor, turning what should have been a 30-second job into a frustrating spell of several minutes to complete. 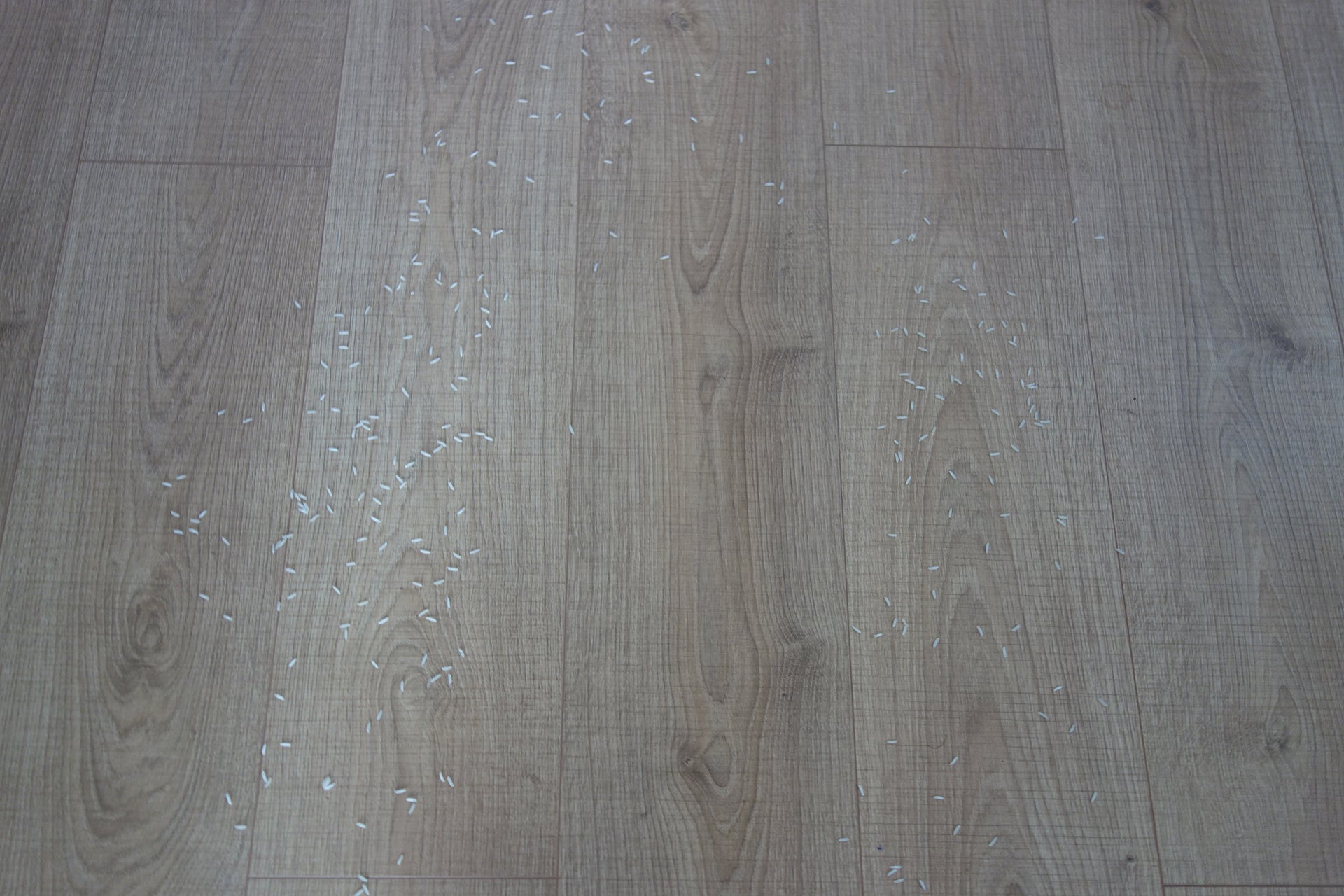 Dirt on hard floors is often pushed around

With this level of power, the Gtech HyLite is best suited as a secondary vacuum: something that you can pull out quickly to pick up a bit of mess – for cleaning up after you cook, for example.

The integrated battery is rated to last 20 minutes on a single charge. Given that I had to run over each area a few times to pick up all dirt, that charge should cover you for a couple of rooms. Once done, the battery takes 2 hours to recharge, and can be charged when removed or in the HyLite’s body. This gives scope for Gtech to sell additional batteries to extend run-time, although there are currently none on sale.

Where the Gtech HyLite gains points for size, it loses in terms of flexibility and features. Due to the design of the vacuum, there’s no option for any attachments; it’s lacking even common ones such as a crevice tool. It makes getting into some areas fiddly and other areas impossible. For example, with dirt around the edges of the room, the head isn’t always flexible enough to pick up everything.

Similarly, in handheld mode the HyLite is great at giving sofa cushions the once over, but if there’s a ridge around the side of your soft furnishing, or want to get into any folds on the underside, the vacuum proves too big to manage such finer detail.

Also an annoyance is the fact that the HyLite doesn’t have any way to let you know that the bag is full, bar noticing a reduction in performance. Although the bags are just 0.3l in capacity, Gtech says that the short airflow path (just 1cm off the ground) lets the vacuum compress 1l of dirt per bag. The type of dirt that you’re picking up will affect how well it can be compressed, though. Gtech says that its bags (reasonably priced at £12.99 for a pack of 15) should last more than one year. 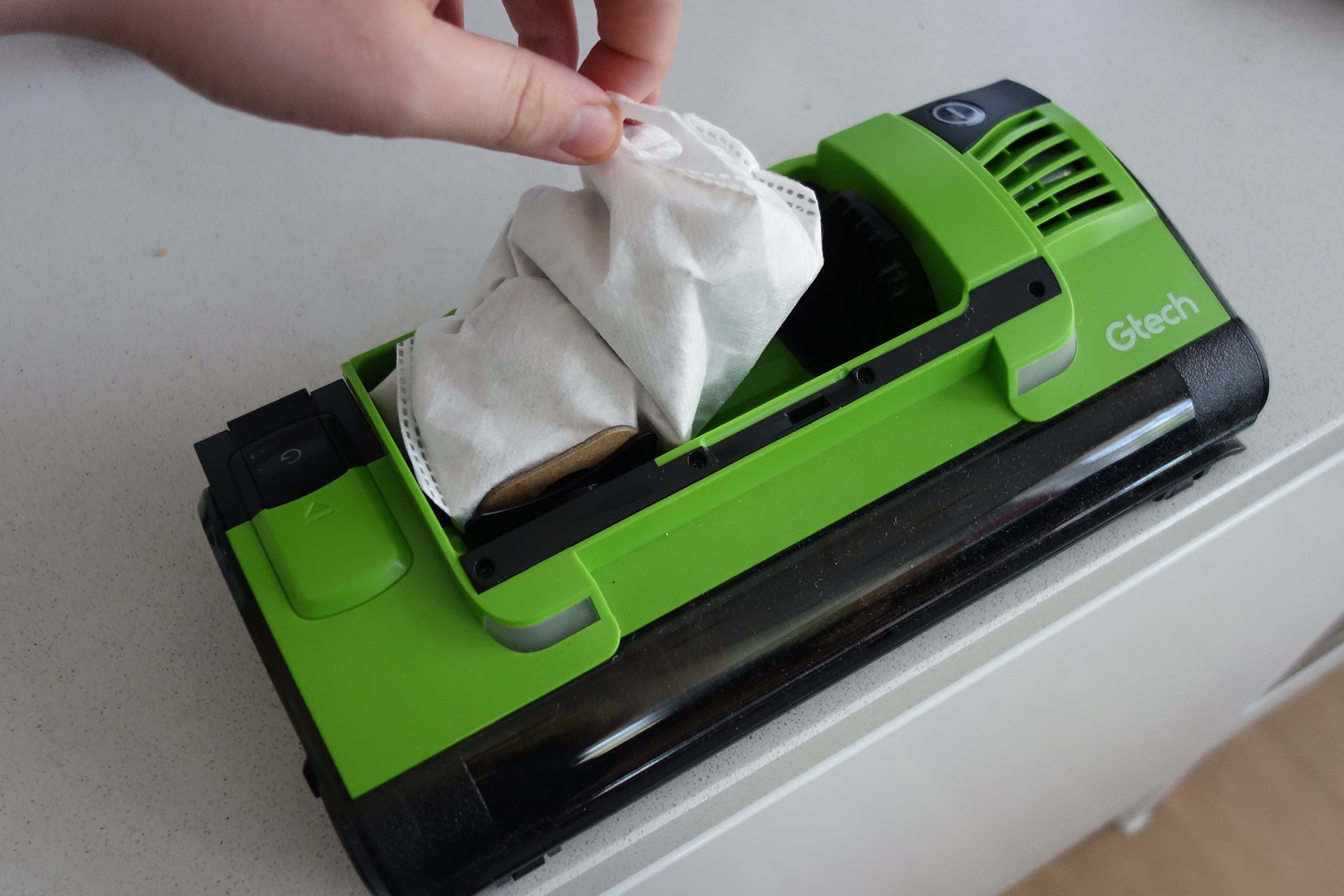 Should I buy the Gtech HyLite?

Size is the HyLite’s main advantage. Small enough to slip into a drawer, it’s a vacuum that you can have nearby, ready to go when you need it. It doesn’t quite have the power of its rivals, needing a few more passes to get things clean in my tests. In addition, the main vacuum isn’t particularly flexible, lacking the accessories to clean a variety of surfaces. As such, the HyLite isn’t a single cleaner for all jobs.

If size isn’t such a pressing issue, similarly priced vacuums such as the Dyson V6 pack a bigger punch, offering up a greater number of options for dealing with hard-to-reach dirt. The Vax Blade 2 Max is another good choice, shipping with plenty of accessories that make it exceptionally flexible.