We like to replicate a typical household dishwasher load on test, so our full load is a properly random mix of plates, pots, pans, cutlery and utensils from a few days kitchen activity. Our larger dinner plates necessitated raising the top basket, but the flexible space meant that fitting stuff in wasn’t a problem. We placed in our three key test items, a greasy red-wine glass, dried Weetabix in a ceramic bowl, and cooked-on scrambled egg in a Pyrex dish, and used a proprietary triple action washer tablet for the main ‘Auto’ wash. We also ran a full load Eco wash to compare energy results.

At the end of the both wash cycles the cabinet was predominantly dry with only minor pools of water in deeper crockery recesses. There were no drips from the cabinet and most of the wash load could be put straight away into the cupboard, so a good drying result.

While the Weetabix bowl and red-wine glass were cleaned efficiently, the wine glass had a couple of very minor streaks and watermarks that had to be buffed off with a tea-towel before putting away. The rock-solid Weetabix cement was cleaned perfectly with no residues. 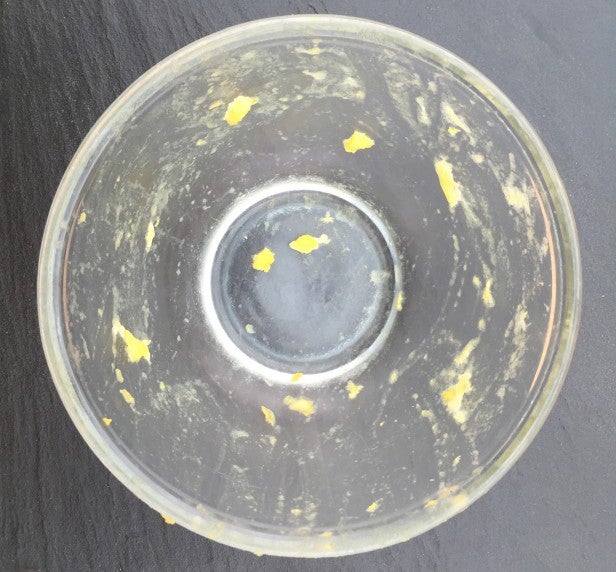 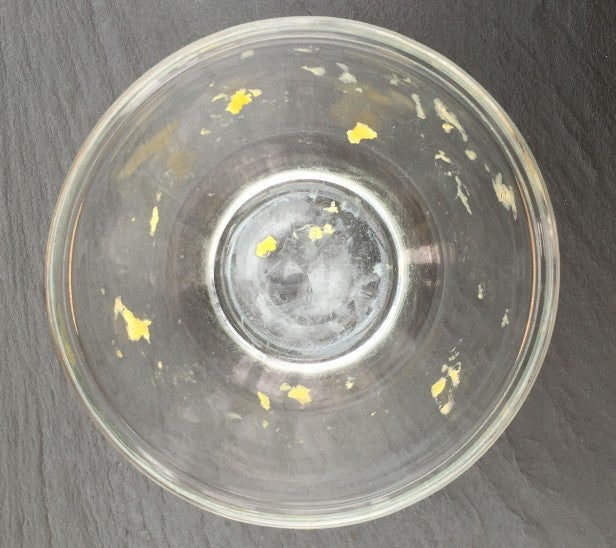 The Pyrex bowl used to microwave scrambled egg is a tough test for any dishwasher and no model has yet got our bowl perfectly clean. However, despite the bowl being placed face down on the Grundig’s lower rack to ensure maximum cleaning pressure from the lower spray bar, the results were not great.

Much of the bulk of the egg and soling had been removed but there were quite a few lumps of egg tenaciously hanging onto the glass all over the bowl. This is an average result that shows the Grundig, while fine for lightly soiled items, doesn’t deliver as well on tougher jobs as rival machines.

The Grundig’s main Auto wash fell comfortably within the parameters stated in the manual using just 11.8 litres of water and a frugal 1.20 kWh of electricity. This is a very good result compared to its similarly priced competitors, doubly so as the incoming water temperature in February (when we tested) is fairly low to start with. Had the load been dirtier the Grundig’s own turbidity sensor would have opted to use more power and water for better cleaning.

The Eco wash was good but actually not a whole lot better than the standard Auto wash. That used just 6.9 litres of water, which is less than a washing up basin, but consumed 1.13 kWh of power. So in electricity terms at 15p/kWh, the Grundig would cost around 18 pence per wash pence for the Auto programme and 17 pence for Eco. For those on water meters, the low water consumption will also save around 1,000-1,500 litres of water, or around £2.50 per year, against other less frugal water consuming machines on the market, and much more against older models. 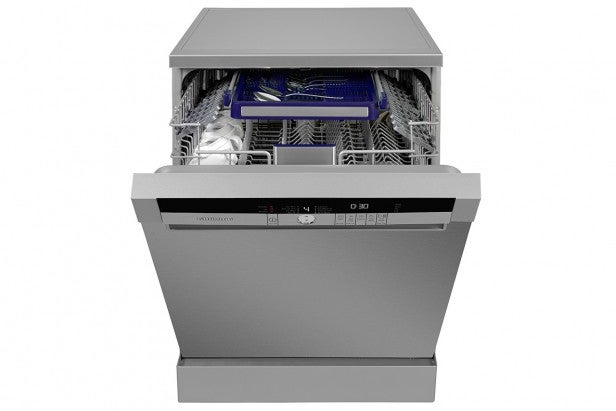 Maybe, but only if it drops in price a little. It’s great looking, flexible and cheap to run, even if its Eco mode is not much more energy efficient than the Auto programme. It’s good at drying, too, but it’s not very quiet nor is it the last word in washing when it comes to really tough jobs.

Overall, the likes of the Servis DN61039SS, which is quieter and washes better, outperform it. The biggest problem for the Grundig, however, is that the outstanding Whirlpool 6th Sense PowerDry ADP900IX is now available for the same price, £499 at time of writing. The Whirlpool is less efficient, but only by £5 or so a year and you get vastly superior cleaning and drying in return.

A stylish and versatile dishwasher, but it’s rather noisy and not the best cleaner. It’s solid, but there are better at this price.