For anyone on a budget, the Groov-e SoundBuds offer a surprising amount of features – including an LED indicator and AI activation through an built-in mic – to make it competitive enough within its price bracket. However, a concerning lack of bass will repel anyone in search of a decent listening experience.

When it comes to truly wireless earbuds, the Apple AirPods have the game locked down for the most distinctive design, while the Sony WF-1000XM3 have unparalleled sound quality. But for those who don’t have a ton of money to splash, there are plenty of budget options to look at.

The SoundBuds aren’t Groov-e’s only attempt cater to this demographic – with the cheaper Groov-e PlayBuds currently on the market – but the Groov-e SoundBuds add several features unavailable in its sibling whilst still maintaining an affordable price point that’s sure to attract some buyers.

There’s only a mere 10 pound difference in the RRP between the two headphones, so it’s hardly an inconvenience on the wallet to fork out for the newer set, but do the available upgrades present a worthy purchase?

Related: Forget Airpods – the Groov-e SoundBuds are here and they’re half the price

Groov-e SoundBuds Design and build – It might look futuristic, but the physical button is a thing of the past

Due to the small amount of space available, truly wireless earbuds often have a trickier time than headphones when it comes to making their presence known with quirky design features and colours. Still, in an effort to make the SoundBuds stand out, it’s clear that someone at Groov-e has clearly been watching a lot of Black Mirror.

Much like the minimalist VR tech featured in Netflix’s unnerving show, you can find a circular LED indicator on the outward facing side of both earbuds that switches between blue and red, and then different tempos of flashing thereafter to indicate the current state the devices are in. 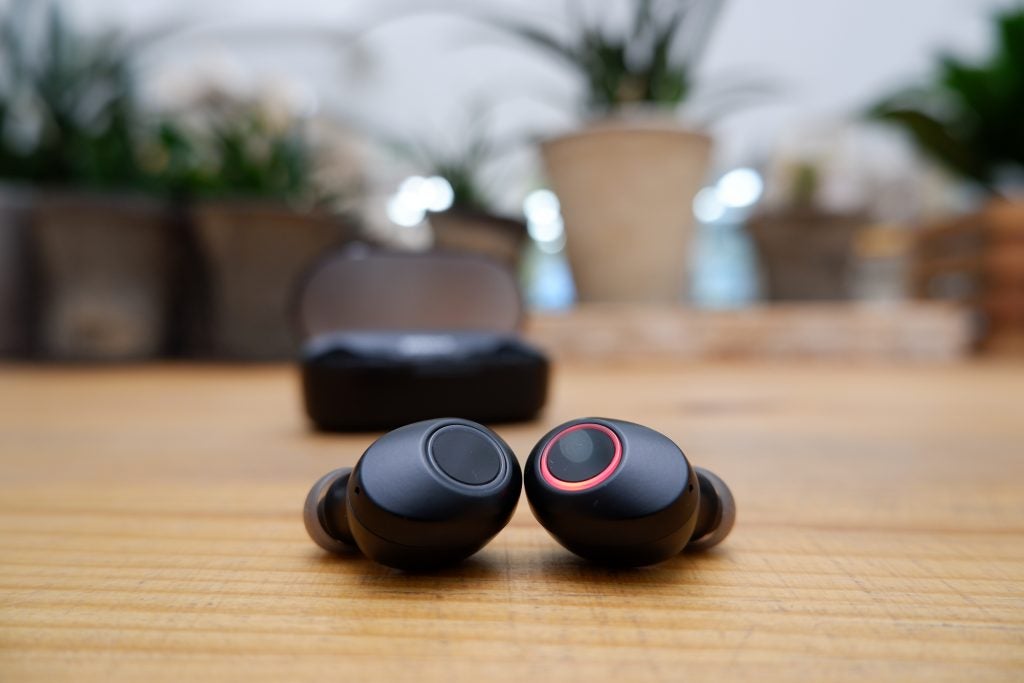 While listening to music, the earbuds will flash a brief blue every five seconds or so, while a sustained red lets you know if they’re still charging. The whole set up makes the SoundBuds less discreet than some of its counterparts, but I enjoy the added flare.

What I don’t enjoy is having to use a physical button to interact with a wireless earbud. Unless I have a sudden urge to push the buds directly into my brain, I constantly find myself having to remove the buds, just so I can pause whatever it is I’m listening to.

As you can imagine, it’s not a seamless process and left me longing for a touch-sensitive control mechanism, much like the one found on the Apple AirPods.

For its small size and low price point, the Groov-e SoundBuds are surprisingly feature packed. Between the LED indicator and the tip, you can find a miniscule, almost invisible nook which houses a handy microphone.

Testing out the mic’s quality during a call, the person at the end of the line had no problems hearing me but did report a somewhat “tinny” inflection to the sound quality, despite having a full signal connection.

Similarly, even though I could hear the call just fine, the sound of my own voice always reverberates whenever I’m wearing in-ear headphones. It’s not ideal but it gets the job done. 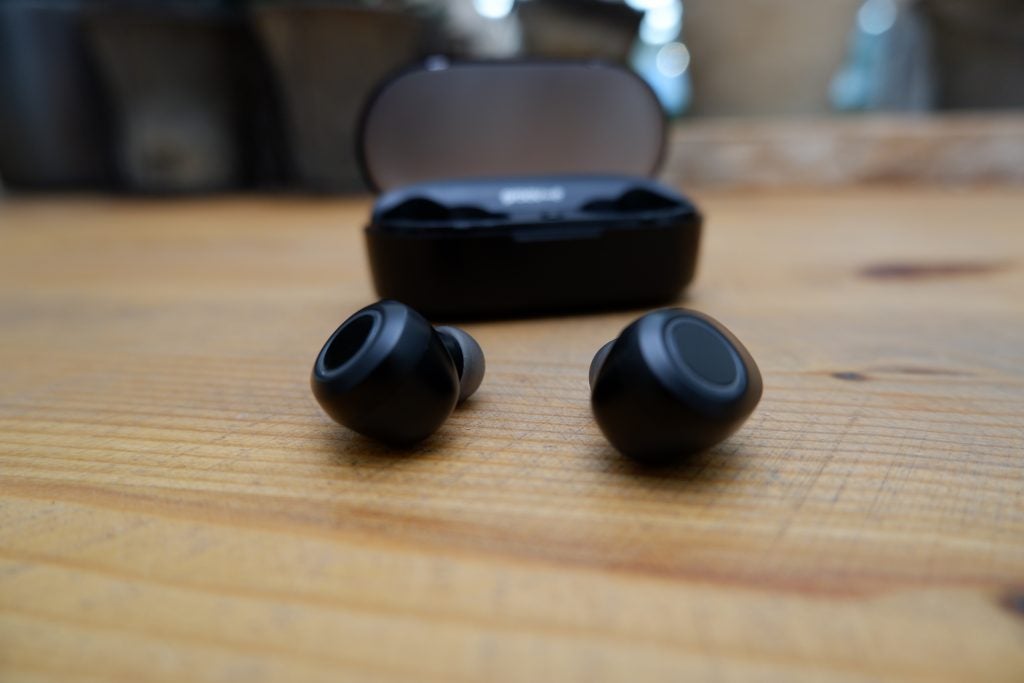 A simple timed press of the SoundBuds’ button will activate your phone’s AI assistant of choice. Google Assistant was used and I have yet to incur any issues of misheard sentences or confused requests.

Having the option to converse with Google Assistant at any moment is pretty handy for changing tracks on the fly without fishing your phone out of your pocket. Just don’t attempt to do it whilst on public transport unless you want everyone to give you more space. On second thought, maybe give it a try. 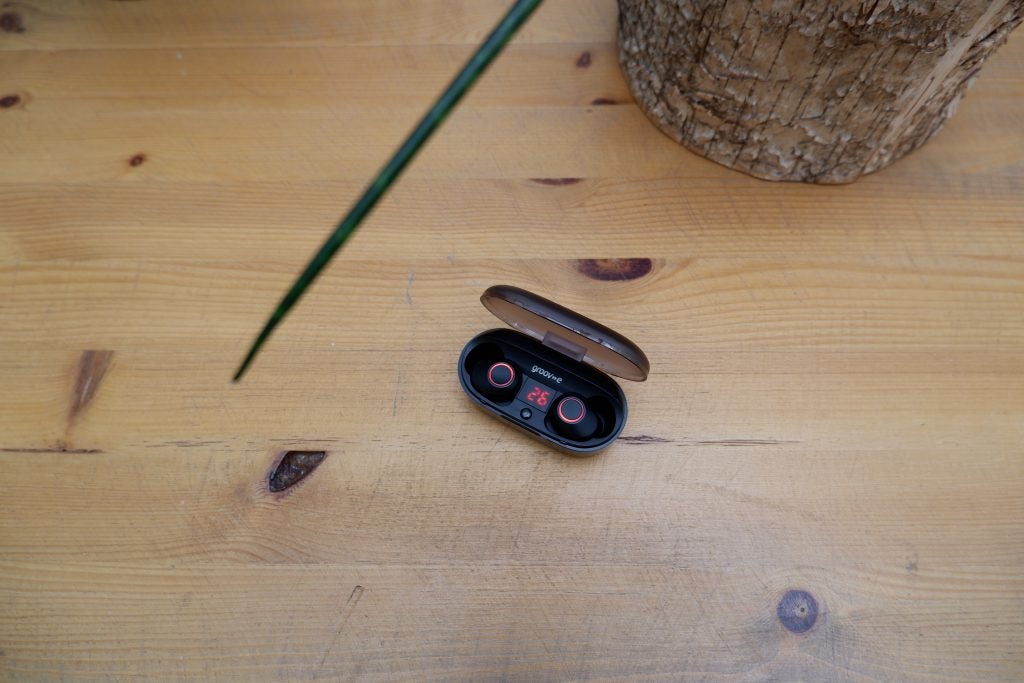 Groov-e claims that the SoundBuds have a playback time of four hours, which we found to be pretty bang on in our testing. Listening to a varied playlist at a reasonable volume, the SoundBuds died out after four hours and three minutes.

With such a comparatively short battery life to other earbuds, the SoundBuds probably aren’t the best option for a long haul flight, but the included charging case does get you an extra 10-hours of playtime.

Plus, there’s a handy little LED screen on the case which tells you exactly how much battery life is left. It’s a small feature that goes a long way in helping to keep better track of when you need to charge the case.

At this point, it’s fairly clichéd to break out the same old “they’re good for the price” line, but the SoundBuds do genuinely offer a surprising amount of depth for the RRP. 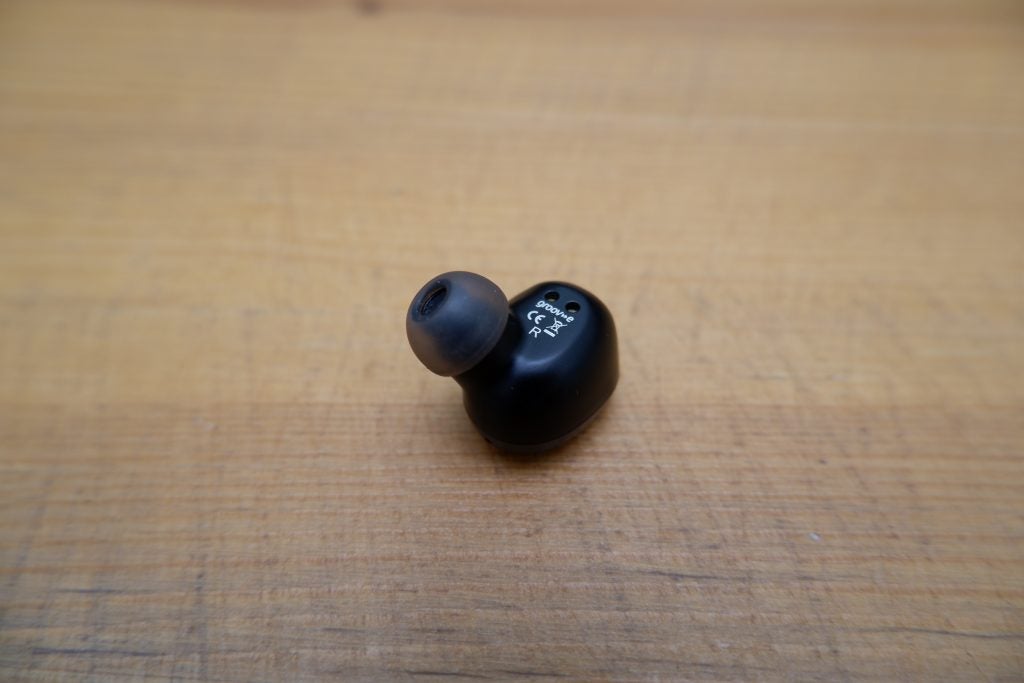 Listening to Snow (Hey Oh) by the Red Hot Chili Peppers, I was impressed by how clearly the drums, vocals and lead guitar came through and worked in tandem with one another to present a coherent melody. It’s just a shame that the same thing can’t be said about the bass.

Giving the track several playthroughs, it was difficult to make out any discernible presence from the bassline. Swapping over to the fairly bass heavy Hand in My Pocket by Alanis Morissette, the SoundBuds were, at the very least, able to pick up the riff this time around but it still lacked the punch that you’d find on higher-end earbuds. 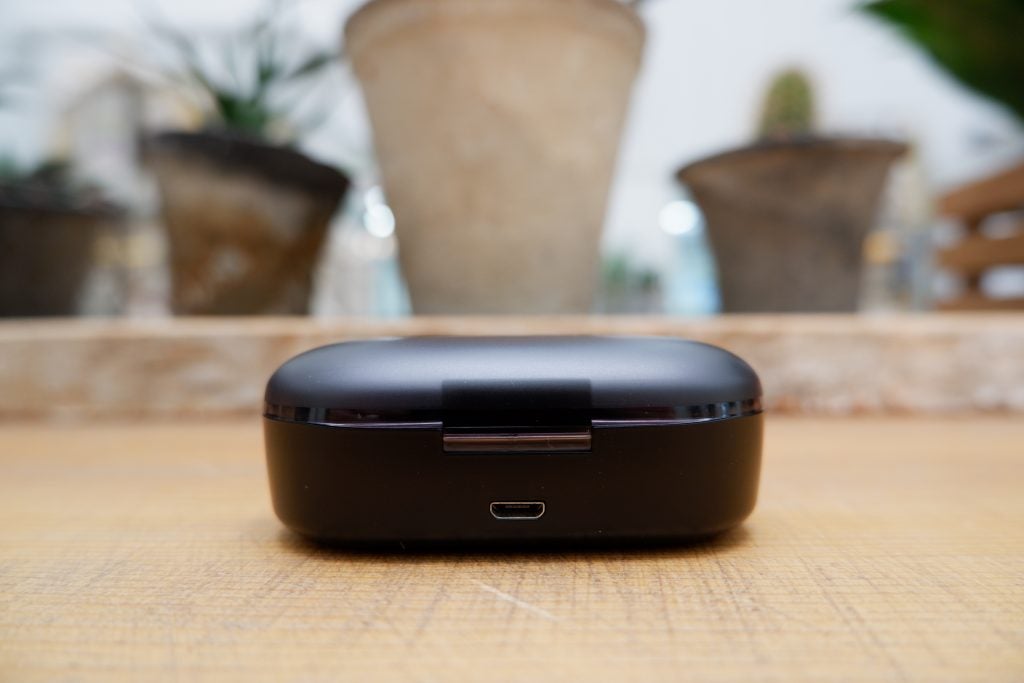 Cranking the volume up did pave the way for a heftier sense of bass, but you shouldn’t have to ruin your hearing for a more full-bodied sound.

Still, using an in-ear tip, the SoundBuds were able to expel a decent amount of external sound whilst walking around. Just don’t expect much resistance when wearing them on the tube – the eternal screeching of the London Underground just left me longing for genuine active noise cancellation.

Should I buy the Groov-e SoundBuds?

If price is your number one concern when picking up a pair of truly wireless earbuds, then you can do far worse than the Groov-e SoundBuds.

Coming in at just £64.99, the SoundBuds are sturdy when sat in your ears and come with an built-in mic for making calls and prompting your favoured AI companion on the go.

Of course, if you can hold out a little longer, I’d recommend saving some extra cash and picking up a pair of earbuds from the likes of the Sonys or Jaybirds. If you do, you’ll be getting some fantastic features not found on the Groov-e SoundBuds, such as sweat resistance and active noise cancellation.

For anyone on a budget, the Groov-e SoundBuds offer a surprising amount of features – including an LED indicator and AI activation through an built-in mic – to make it competitive enough within its price bracket. However, a concerning lack of bass will repel anyone in search of a decent listening experience.