What is the Groov-e Rio?

The Groov-e Rio is a DAB radio that will fit in your pocket. Plug in your headphones and you’re away.

It may look like a tiny desktop radio, but there’s no speaker in this little box. Get rid of the poor bundled headphones and you have a neat little radio on your hands.

However, some alternatives offer better battery life, and the preset system on the Groov-e Radio is bizarrely fiddly. 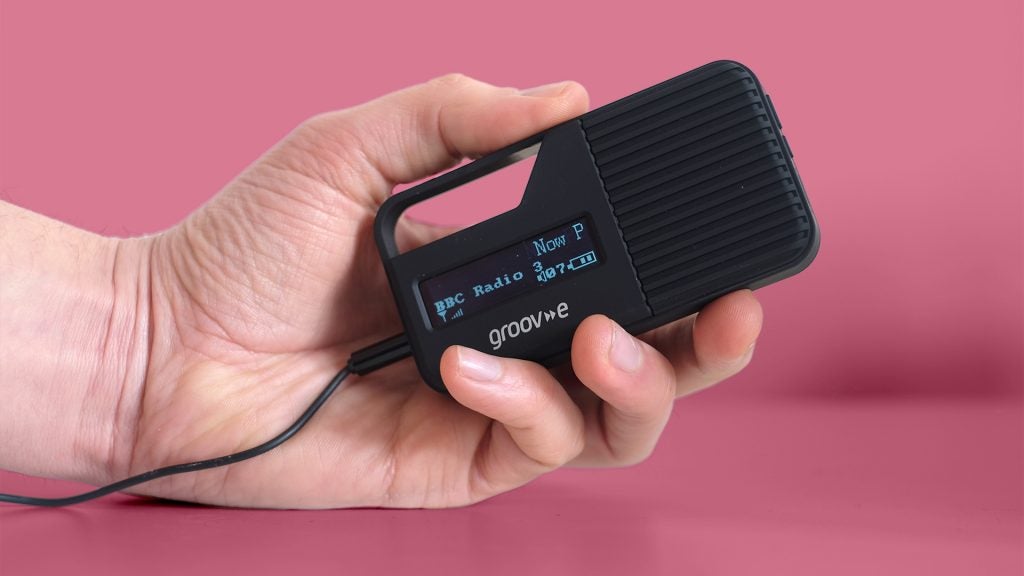 The Groov-e Rio is a radio that almost fits in the palm of your hand. I imagined it might be the world’s tiniest speaker-equipped DAB box, after seeing photos online.

This is something more conventional, however. The Groov-e Rio is a pocket DAB radio that uses your headphone cable as an antenna. It’s a lower-cost alternative to the Pure Move R3.

The Groov-e Rio looks cute, but like most low-cost portable DAB radios it’s thicker than you might expect. Fitting it in a pocket with a phone and wallet will be a squeeze. 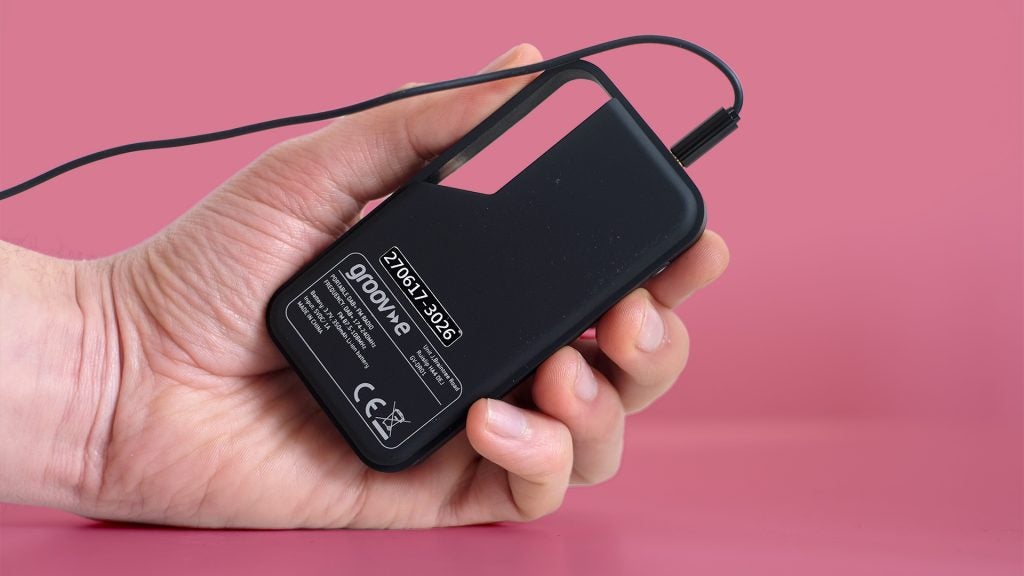 However, the Groov-e Rio remains a flexible little device. There’s a mini-handle on the radio, and a carabiner included in the box that lets you hook the Rio onto a rucksack, your belt or, well, whatever you like.

This is, in fact, one of its key appeals over the competition from Alba, Logik and Bush.

The Groov-e Rio also has a torch, with a dedicated button. A bright white LED by the headphone jack remins on while it’s depressed. The radio doesn’t even have to be switched on for this to work, making it handy if you need to look for your keys.

The Groov-e Rio feels like a DAB radio for ramblers and walkers, although you’re under no obligation to use the carabiner. 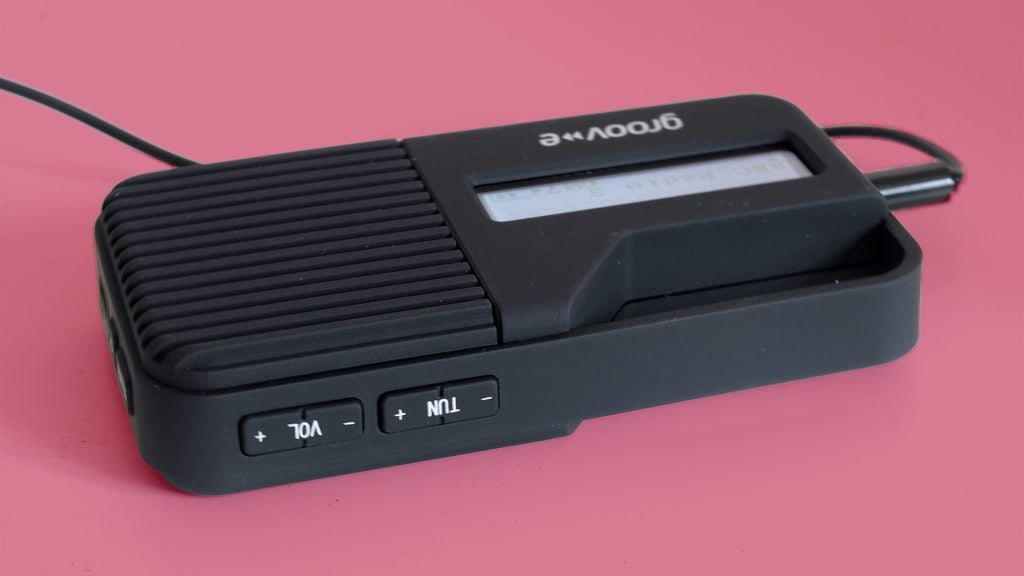 You control the Groov-e Rio via two rockers and two buttons. The rockers change station and volume; the buttons power and preset management. And it’s here that things get tricky.

To set and cycle between presets, you use a combination of presses of the rockers and Enter button. It’s about as unfriendly a preset mechanism I’ve ever seen in a DAB radio. And after learning how to do it, I switched back to simply using the standard tuning rocker to change stations, flicking between my personal favourites BBC 6 Music and BBC Radio 4.

The Groov-e Rio’s screen, on the other hand, is great. It’s a transflective LCD, meaning ambient light makes it clearer rather than harder to make out. And since it’s also backlit, it’s as clear at night too. Blocky and monochrome it may be, but this is the perfect type of display for a pocket radio. 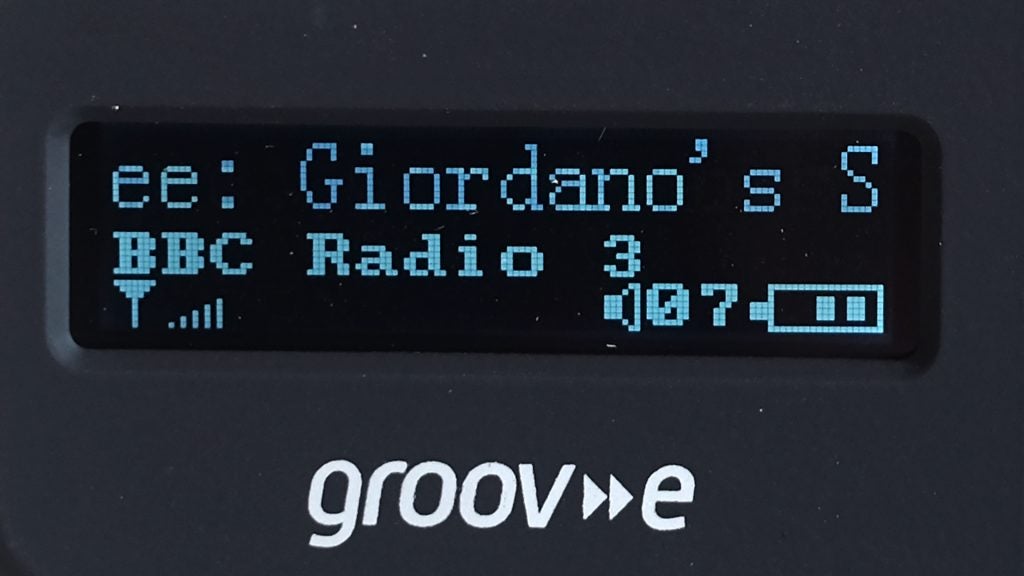 Transflective screens traditionally use up very little battery, but the Groov-e Rio unit doesn’t last quite as long as most of the competition. And this, more than any other factor, would make me think twice about a purchase.

The Groov-e Rio’s battery lasts five hours; there’s an on-screen indicator. This will do for long walks, but if you listen to a lot of DAB it’s clearly going to be a radio you have to recharge frequently. At two hours, this is a fairly slow process via a micro-USB charge socket.

For some wider context, the Logik LHDAB17 lasts up to 10 hours, and the Alba Pocket Personal around seven hours. 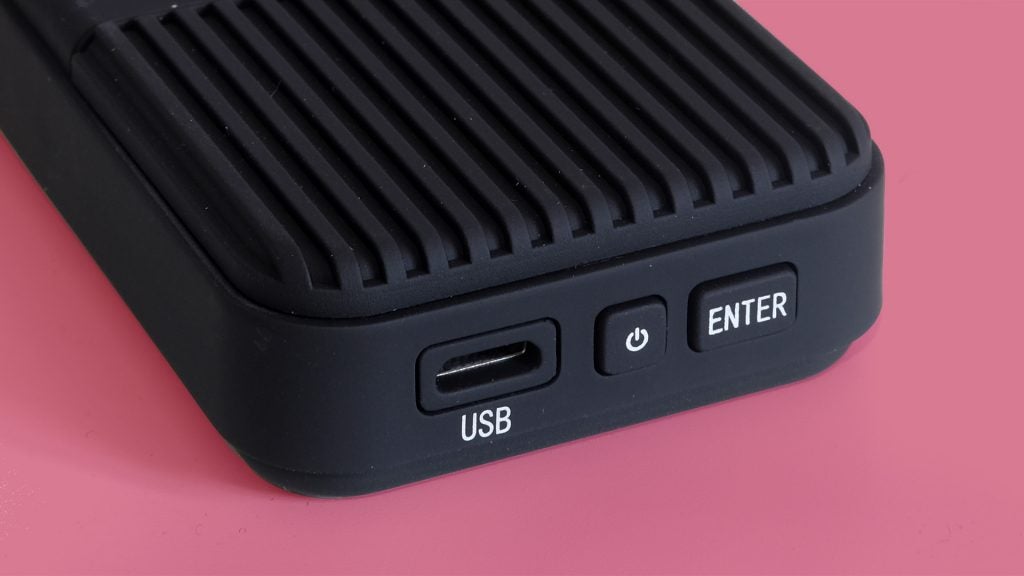 The Groov-e Rio comes with a pair of very basic in-ear headphones. These are the kind we used to see bundled with phones years ago – and they sound bad.

Use a better pair – even one of the higher-quality £15 units – and the Groov-e Rio sounds perfectly good. No DAB radio stream is high fidelity, but the Groove-e Rio doesn’t introduce any distortion, harshness or obvious noise.

I tried the Rio with the Sennheiser Momentum 2.0, and when listening to BBC radio stations, which benefit from the highest DAB bit-rates (128kbps), the sound was very enjoyable. This is particularly true of voice stations such as Radio 4, which suffer less from the low bit-rate streams. Music can sound flatter than it should, though. 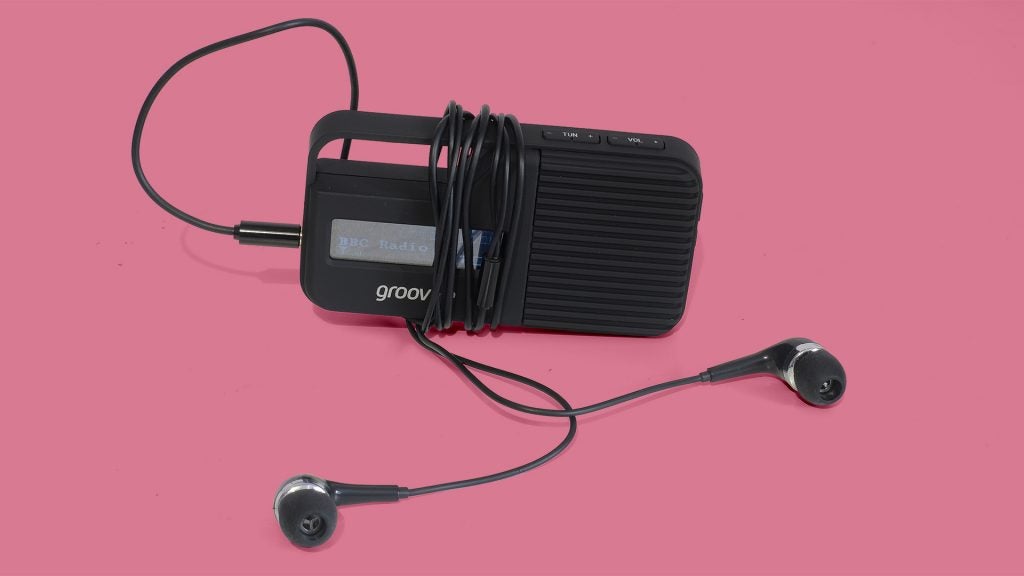 What matters most with a radio such as the Groov-e Rio is reception. I can remember reviewing sets that barely worked indoors, but I’ve used the Rio both inside and on a train travelling between south London and the centre of town, and reception was perfect until the train went underground.

I can’t speak about areas of the UK that suffer with poor DAB signal, but the Groov-e Rio’s signal appears to be as good as any I’ve tried over the years. 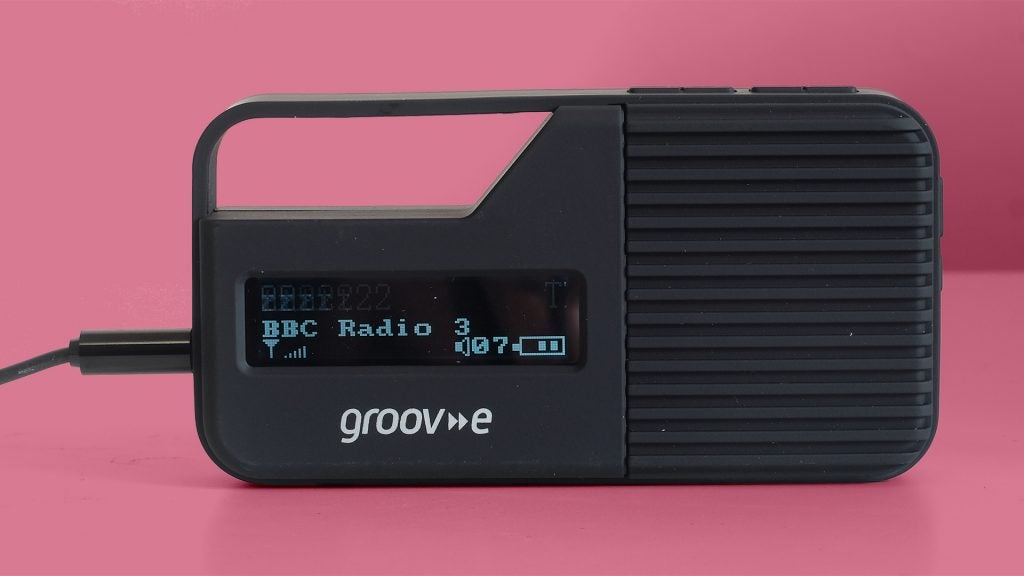 Why buy the Groov-e Rio?

The Groov-e Rio is a handy portable DAB radio that, with the right earphones, offers perfectly decent sound and a design better suited to the outdoors than most. It even has a torch.

There are two problems. The preset system is horrible, making a mess of what should be simple, and battery life can’t quite match up to some rivals. Another couple of hours and we’d be happy.

However, think about whether the Groov-e Rio’s quasi-rugged style is more important than all-day stamina. There may be issues, but if you can work around them then this radio is easy to like.

Great value – but the preset system is annoyingly fiddly.