What is the Groov-e Encore?

The Groov-e Encore is a retro DAB radio. These devices used to feature in our reviews pages all the time, but in recent years new models have become rare.

Why? Aside from the addition of Bluetooth, not much has changed in DAB radio land – and, in our experience, they don’t break down much. That’s good for us, but not great for business.

The Groov-e Encore is a low-cost radio costing £69.99. Don’t be fooled by its size, though: it doesn’t sound as good as the more expensive models from Pure and Roberts. 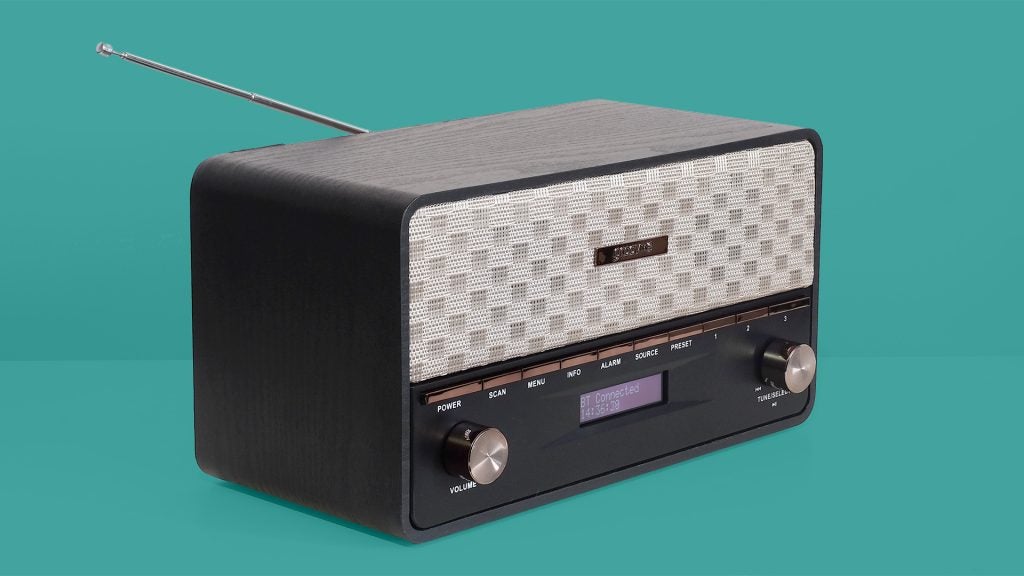 The Groov-e Encore is modelled on radio designs of the 1950s and 1960s. This has been the default style choice for many higher-end DAB radios for some time now. Like the Goodmans Heritage range, the aim here is to offer up a similar concept on a tighter budget.

It works – sort of. As long as you don’t get too close. The Groov-e Encore has a fabric speaker grille, the classic retro knob arrangement, and there’s enough symmetry to its front to suggest this look isn’t an accident.

Up-close, though, the Groov-e Encore appears cheap in certain areas. There’s a lack of care and attention to the finishing touches. 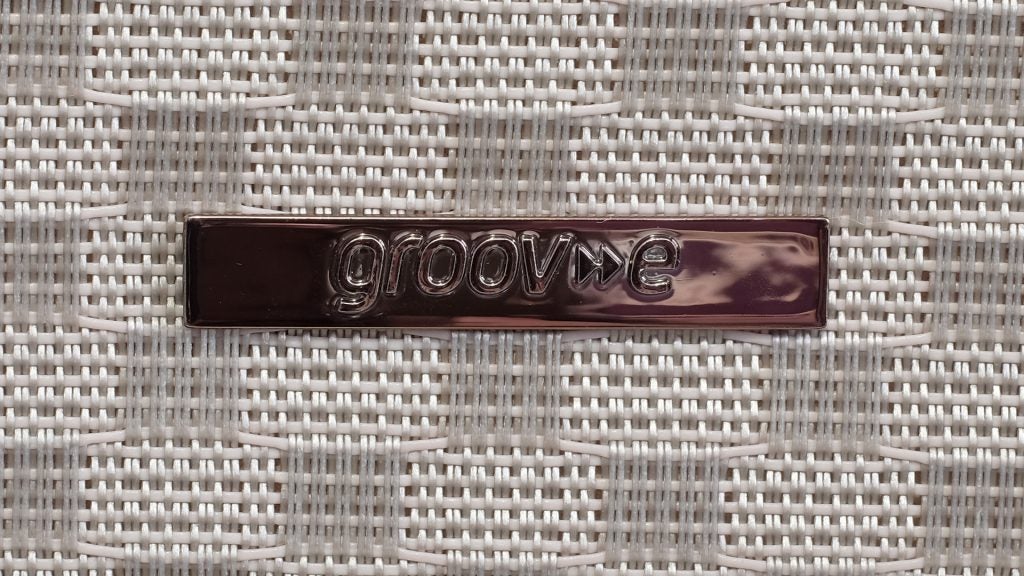 The font of the labelling below the buttons is too big, and fairly simple, and all the bits that look like metal are actually plastic.

Of course, clear buttons may well appeal, and the use of plastic is understandable at the price. But the Groov-e Encore’s style is in no way a match for that of the Roberts Revival, Goodmans Heritage or Pure Evoke H2.

It does have a decent-looking wood veneer on its shell, though, and the frame is MDF rather than plastic. 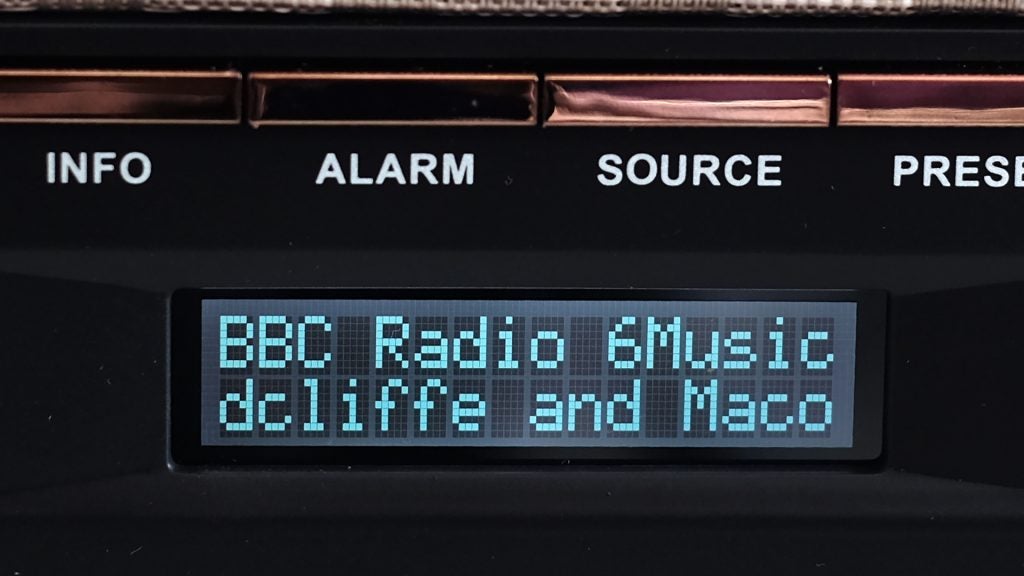 On its front sits a two-line display with an “off the shelf” interface I’ve seen countless other times in DAB boxes. It uses an LCD panel rather than OLED. This means it emits more light – important if you want this device to sit on your bedside table – and the panel inverts at certain angles: dark becomes light; light becomes dark.

However, it’s clear and you can set its brightness and whether the backlight times out after a while. You’ll want to use this if the Groov-e Encore will be housed on your bedside table. 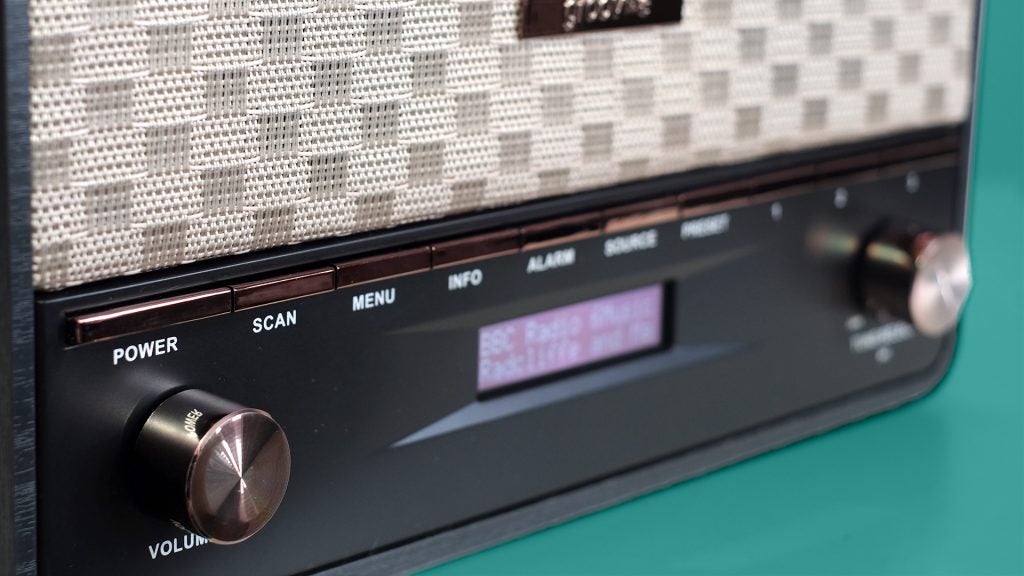 It’s primarily a DAB radio, but the Groov-e Encore has an FM receiver, accepts a 3.5mm cable from other sources, and connects to your phone over Bluetooth.

On your first use of the radio, the Encore will scan for stations. You can set favourites to the three buttons on the right. Further presets can be accessed using the Preset button (up to 10). It’s pretty simple, compared to radios that barely have any buttons at all. Using the on-screen menu is optional.

To switch between the various input types you press the “source” button. And, if you’re anything like us, it’s the Bluetooth and DAB modes in which you’ll be most interested. 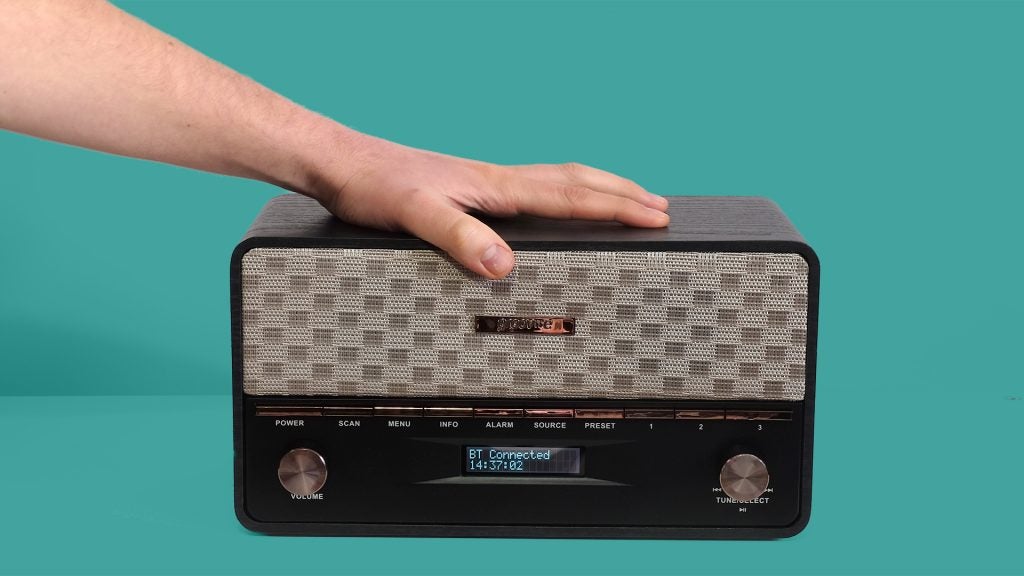 The Bluetooth mode offers a solid connection, but sound quality is poor. It adds noise that becomes more apparent the louder you play a track. Sound quality is worse than a good sub-£100 wireless speaker such as the Jam Heavy Metal or Creative Muvo 2.

There are a few extra features, however. DRC normalises the volume level, flattening out the sound. The sleep timer is important if you listen to music as you drift off of an evening; it automatically switches the radio off after 15-90 minutes. The Groov-e Encore also offers two alarms. They can be set to play a DAB station, an FM station or a buzzer sound.

The Groov-e Encore isn’t portable, however. There’s no integrated battery, and no way to add one either.

DAB radios from the bigger brands tend to be more expensive than the Groov-e Encore. The Pure Evoke H6 has an RRP of £199.

However, the Groov-e Encore doesn’t get close to their sound quality, and has less powerful and rich bass than a single speaker unit such as the Pure H2. Before you walk away, remember even small units from the DAB veterans are fairly expensive when you upgrade to the Bluetooth version.

The Groov-e Encore sound is slightly coarse and unrefined, and at higher volumes it becomes a little hard on the ear. However, there’s plenty of volume on tap, which is handy if you want a radio to use while doing a spot of DIY or to deal with the noise of a busy kitchen. 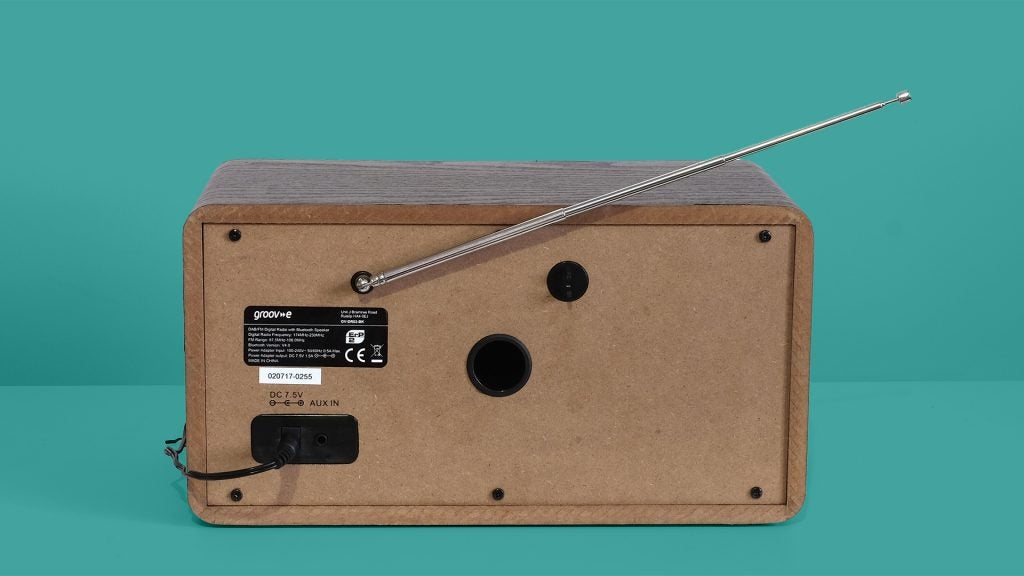 The Groov-e Encore’s sound hasn’t blown me away. It’s basic and flat-sounding, offering limited detail. But it isn’t the tinny, transistor radio tone of some smaller low-cost DAB units.

I wouldn’t use the Groov-e Encore as a main music source. However, having spent a week listening to it while working, it actually makes quite a pleasant casual radio. There’s a dollop of upper bass/low-mids that fills out the sound, and the unfussy tone doesn’t highlight the limited quality of DAB radio streams.

It also isn’t too small-sounding, an effect of having two drivers rather than one. 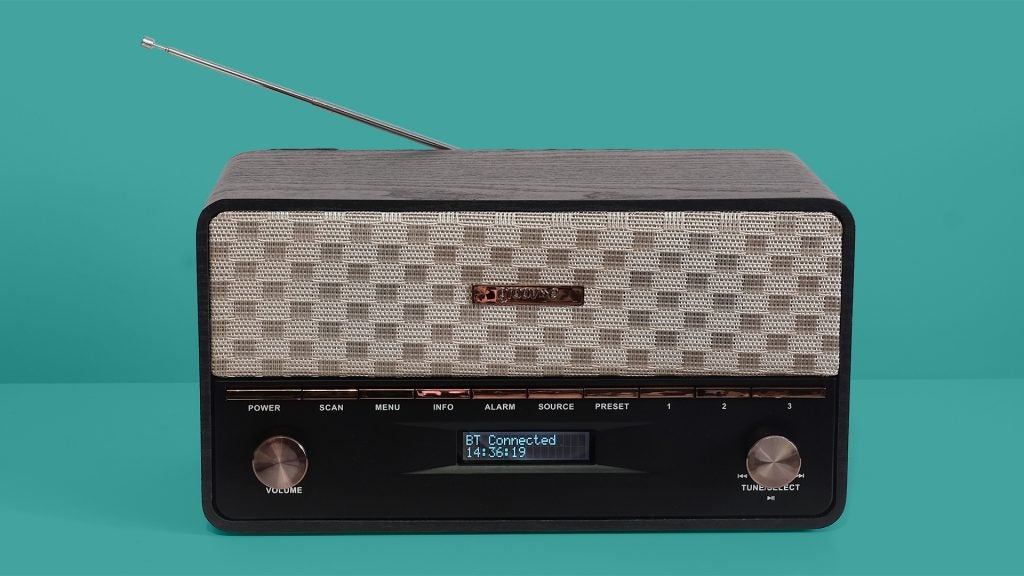 Why buy the Groov-e Encore?

The Groov-e Encore works best as a radio for background noise. Its sound is low on dynamics and detail, but it’s ideal for use while you work or cook.

Radios of a similar size from Roberts and Pure sound significantly better, but are more expensive too – in some instances, twice the price or more.

Make sure you give our photos a good look before labelling the Groov-e Encore a bargain, though. Some aspects of its design are good – the MDF shell, wood veneer and display, for example – but other parts look a little cheap.

Not a rival for the big DAB names, but the Groov-e Encore offers plenty of features for the price.