In the end I’m not sure GRID does enough to escape the middle of the pack. It’s a great arcade racer, but I don’t think that’s enough anymore. You didn’t change, GRID, we did... and I think we left you behind.

After nearly six years in the garage, GRID had made its triumphant return to the racetrack. The GRID series has always driven the line between arcade fun and serious racer, and this latest incarnation makes no efforts to upset that balance. But while GRID hasn’t changed much, I do worry that the rest of the genre might have pulled away from it in the six years since its last outing.

Let’s get the important thing out of the way first. GRID feels great to drive. The handling is incredibly forgiving by default, letting you hurl yourself at the apex and recklessly power slide around corners. At the same time, racing enthusiasts can always dial the various assists down to take on a more demanding experience. It’ll never be a simulation racer, but GRID still manages its jack of all trades approach remarkably well.

The campaign is made up of 91 race events split across six categories that offer different car classes and challenges. Once you win the required number of events in a category, you unlock a showdown race – basically a boss fight. Beat four showdowns and you’re on your way to the GRID World Series for the grand finale. This simple setup encourages you to spread your time across the various car classes, without ever barricading your progression behind a specific race. At the same time, there’s nothing you wouldn’t expect here. It’s all very by-the-numbers. It’s the same story with the progression system. Completing races and levelling up unlocks new liveries for your cars, while an objectives board tracks your progress in GRID’s various challenges. Most of these are simply awarded for winning races in the campaign, but others reward skilful driving by tracking the number of drifts or overtakes you manage. It’s an unoffensive system that offers relatively token rewards.

On the plus side, GRID’s signature flashback feature makes a welcome return, allowing you to rewind time and undo your horrific crashes should your driving skills fail you. These days it’s not the big innovation it once was, but it’s easy to forget that GRID was the pioneer of blending time-travel into a racing game back in 2008.

Another feature that returns from the original GRID is managing your AI teammate. You can give attack and defend orders to them mid-race, asking them push up the field or block other cars. So, if you’re in the lead and your teammate is in second place, you can ask them to block and hold the rest of the pack up while you coast to victory. You can also hire new teammates with varying specialties and abilities if your current buddy isn’t up to scratch. It adds a little extra flavour to proceedings, but I rarely noticed what my partner was up to.

The rival racer AI has also had an overhaul too, with Codemasters claiming that there are 400 distinct AI personalities in GRID, all of which behave differently on the track. I can’t say I counted that high, but there is some variation in how opposing drivers race. GRID’s other big innovation this time around is its Nemesis system. Though it shares a name with Shadow of Mordor’s system, you don’t have to worry about old racing rivals turning up with a steel plate welded to their face.

Instead, crashing into other racers repeatedly causes them to become your nemesis. At this point they’ll react to you the same way John Wick reacts to the people who killed his dog – violently. Nemesis are much more aggressive towards you, ramming you off the road and blocking your overtake attempts. It’s possible to have multiple nemesis in a single race too, turning a few laps of Silverstone into Death Race 2000. It’s a cool system that rewards you for clean racing without just slapping a penalty onto your lap time. 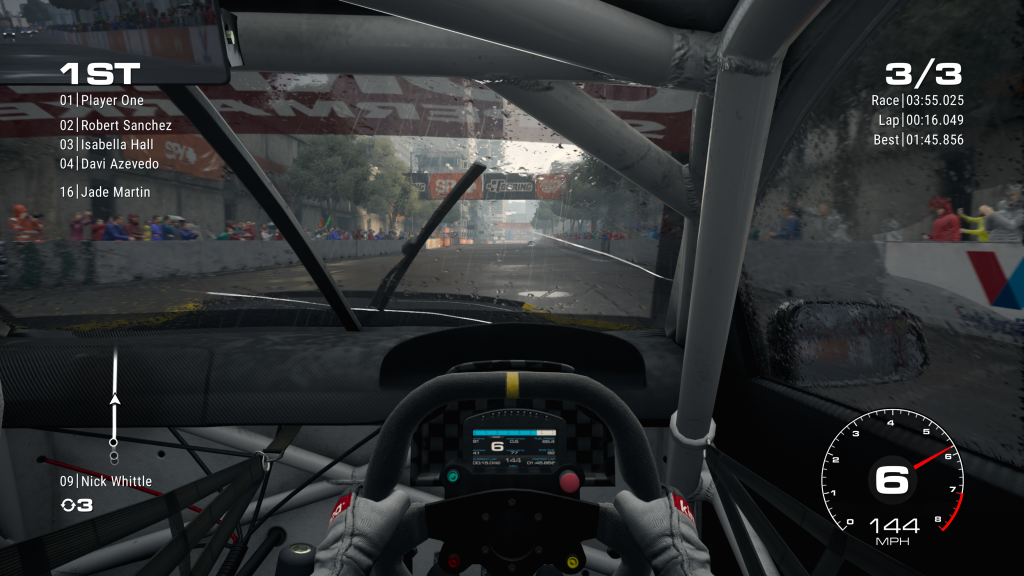 The car selection is disappointingly small with only 66 cars available at launch. Most of the manufacturers that you’d expect are here, with the only notable absentee being Lamborghini. But while just about every manufacturer is here, there are only a few representatives from each. You’re hardly bombarded with stats when picking a ride either – you get power and weight and that’s your lot.

Yet despite the slimline roster and barebones stats, there’s a respectable focus on cars with racing pedigree. Looking down the line-up you’ll see icons like the Lancia Stratos, the Ford GT40 and the BMW M1 Turbo. It’s a slender roster, but there isn’t an ounce of wasted space in it.

And when you get bored of looking at all those beautiful pieces of automotive history, you can smash the hell out of them thanks to GRID’s gorgeous damage and crash physics. Car damage can be either cosmetic or realistic, depending on your level of masochism, but it’s gorgeous whichever way you play it. Some of the more spectacular crashes will see cars flipped onto their roof in the middle of the track, but even light scrapes will result in deformed bodywork and cracked windshields. It’s refreshing to see this level of destruction given how reluctant car manufacturers usually are to show their precious machines getting smashed up.

There’s a ton of track variety on offer, with 13 locations and multiple track layouts at each. The tracks are a nice mix of real-world circuits, including Silverstone, Brands Hatch, and Indianapolis, along with fictional street circuits set in cities from around the globe. Then there’s the various time of day settings, including night and rain races. There’s nothing as flashy as dynamic weather, but the pre-baked options offer a great variety of race conditions alongside the impressive track count. 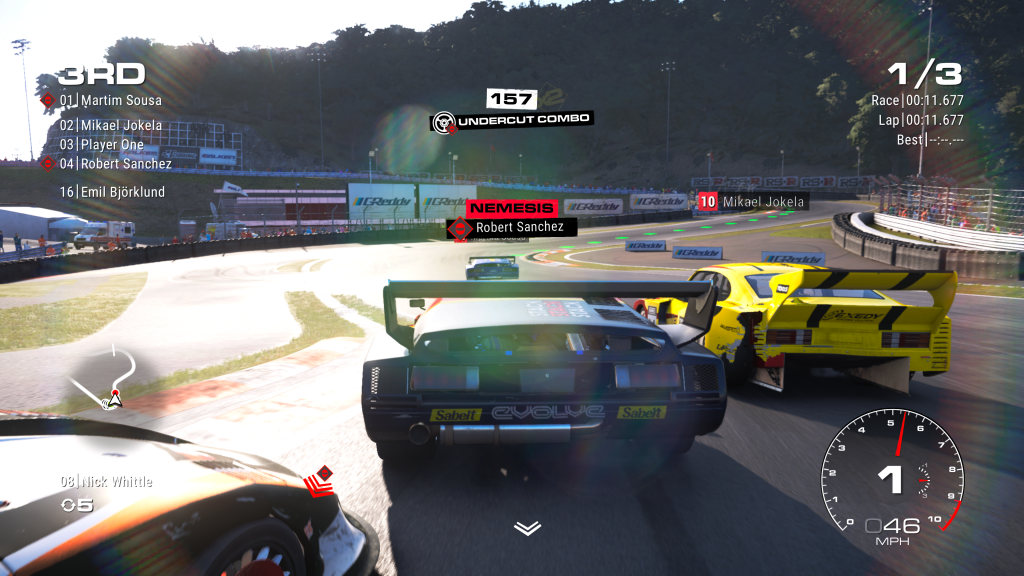 Ultimately, GRID sticks to the middle of the road in everything it does. There’s nothing bad or even out of place here, but there are also precious few surprises. It’s all very by-the-numbers, which is a shame for a series that once thrived on innovation. But most damningly of all, I’m not sure who it’s aimed at – casual fans or die-hard racers. I don’t think GRID knows the answer, either.

GRID’s reverence for motorsport is clear and it seems that the natural audience would be die-hard petrolheads, but the arcade handling and stripped back stats are squarely aimed at casual racing fans. But if that’s the case, then the diminutive car roster and by-the-books campaign structure are unlikely to cut it. The Nemesis system is neat addition to the series, but in the end I’m not sure GRID does enough to escape the middle of the pack. It’s a great arcade racer, but I don’t think that’s enough anymore. You didn’t change, GRID, we did… and I think we left you behind.