Exclusive to PS4
Not every great handheld game survives an HD remaster. Games that feel big played in chunks on a mobile device can feel small when you’re sat with the controller in your hand in front of the TV. Visuals that look impressive on a compact screen don’t always scale up to the big screen. Gravity Rush, however, is an exception. One of the PS Vita’s best early games retains much of its charm and excitement on the PS4, helped by a smart, sympathetic update that makes the most of the original’s many assets. 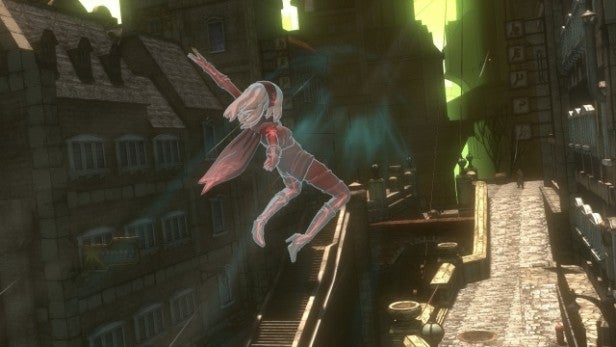 The visuals, for example, look lovely. Cel-shaded games tend to upscale well, and the PS4 makes all those clean lines and details look extra-crisp. Gravity Rush’s inspired use of light and colour has only been improved with subtle tweaks to the graphics engine, while refined geometry and high-resolution textures give the characters and their weird steampunk fantasy world new layers of detail. Draw distances are superior, though the game still fades out background scenery, helping preserve the cartoon look.

Yet what Gravity Rush Remastered does more than anything else is showcase how good the original art design was. The city of Hekesville, your ‘gravity queen’ heroine, Kat, and her various allies and adversaries are examples of all that’s great about Japanese games design, exuding the kind of instant appeal and personality that shines on a small screen and practically dazzles when plastered across your TV. Sure, the game’s monsters – the Navi – are amorphous blobs, but they’re distinctive amorphous blobs, and we can easily turn a blind eye to the slightly crude-looking civilians. The comic-book cut-scenes also brush up well; it’s amazing how static panels and speech bubbles can be more immersive than some games’ clumsy pre-rendered cinematics. 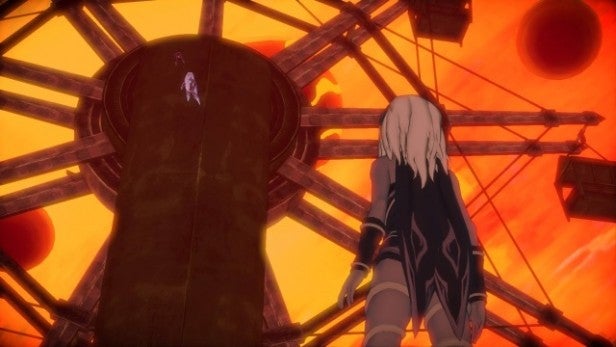 The controls have also translated beautifully. While you can run and fight on the ground this is a game of gravity defiance, where you launch Kat into the air then hurl her towards walls, ceilings, collectibles or monsters. When Kat hits a surface, she sticks to it – at least until her power gauge runs down. Target a monster, hold the A button, and Kat speeds towards it for a high-velocity kick. With so much free movement in a 3D space, so much disorientation and reorientation and so many horizontal and vertical surfaces to cling to, Gravity Rush Remastered could have been a nightmare, yet it all seems perfectly accessible on the Dual Shock 4. In fact, moves like the dodge or the slide are noticeably easier to pull off. You can even use the tilt sensors to steer Kat gently towards objectives – something that feels more and more natural the more you play.

True, the floating city of Hekesville doesn’t have the size or the rich detail of gaming’s greatest urban settings. It has its share of ambling bystanders and chatty talkers, but few interiors to explore or major side activities. Yet each compact district has its own style, its own music and its own peculiar charm, making it a fun place to float and race around. And while you’re not busy handling the main story missions, you can occupy yourself collecting pink gems and using them to both upgrade Kat and restore the once proud city. Not only will you see neighbourhoods burst anew with life, light and colour, but you’ll open up new challenge missions – time trials, combat challenges and the like – and see Kat’s reputation get a boost. 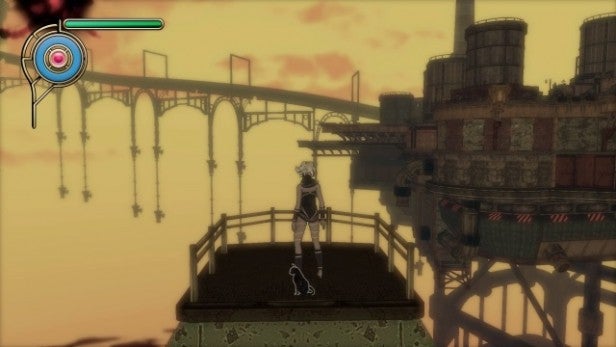 The missions themselves are great, too. Deep down they’re all about exploring the space, using your abilities and fighting the monstrous Navi, but there’s still time to reunite families, impersonate a schoolgirl, find missing friends, trap supervillains and defuse timebombs. Occasional trips to strange alternate dimensions (through an old guy’s stomach, naturally) give you a chance to show off your gravity-defying, ground-sliding skills in ever weirder and more spectacular settings, and all the DLC challenges, missions and costumes from the original game are bundled in as well. The difficulty curve is smooth, and even the combat proves satisfying, both as you use new powers to tackle increasingly complex and tough forms of Navi, and as you tackle challenging but entertaining bosses.

When we originally reviewed Gravity Rush we called it slight, and that’s still the biggest criticism now. Even with all the DLC side quests Hekesville is a place of engaging surfaces, not depths, and the same goes for the gameplay. Yet while so many of its pleasures are skin deep that doesn’t make them any less enjoyable, and one of the biggest joys of playing Gravity Rush Remastered is knowing that we won’t have to wait too long for a sequel – and one that’s bigger, more intricate with more opportunity for richer interactions. Given how well the original holds up on PS4, a purpose-built follow-up should really be a treat.

Verdict
One of the best-loved games on PS Vita scrubs up well for the PS4, with an HD update that does justice to its vibrant anime steampunk style and fantastic art design. The Dual Shock 4 controls arguably improve on the original system, while the floating, rushing, Navi-bashing gameplay is undiminished by the move to the big screen. It’s a little on the lightweight side but bolstered by the bundled DLC and budget price. Get it now, then get ready for the sequel.