Having hit the ground running with a strong launch line-up, PlayStation Vita seems to have lost some of its momentum; a situation not helped by a dearth of quality software and the rather lacklustre Resistance: Burning Skies. It’s unlikely that Gravity Rush will help Vita regain its drive – its too quirky and leftfield a game to sell a system – but it richly deserves to. This isn’t just the most exciting, charming and imaginative games to hit Vita, but one of the most distinctive games you might play all year. 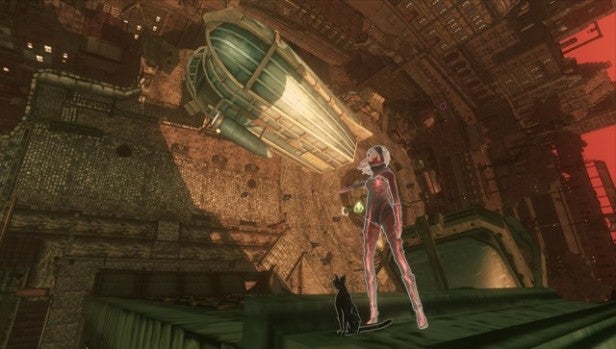 How should we describe it? Well, it’s a sort of free-roaming action adventure game, with elements of platform games and the Crackdown/Prototype/inFamous superhero genre. It takes place in a weird floating steampunk city called Hekesville, and gravity shifts provide its central mechanic. 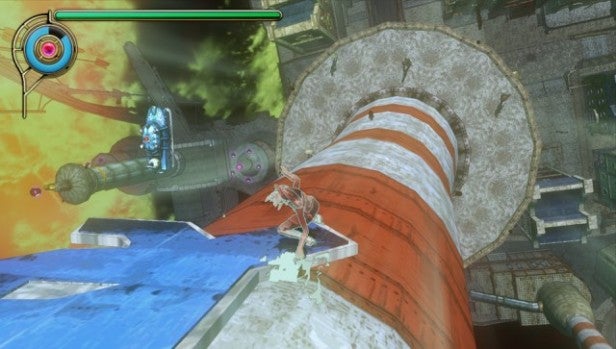 Shifting Gravity
Squeeze the right shoulder button and our heroine, an amnesiac teenager known as Kat, floats into the air. Squeeze it again and she floats towards whatever the reticule is pointing at. Tap the X button and she speeds towards it. Tap the square button and she zooms in faster with a beefy flying kick.

If Kat hits a surface, horizontal or vertical, she’ll stick to it as if it were the ground. That is, she’ll stick to it until her power meter runs down, at which point she’ll start plummeting towards the ground. Luckily, Kat seems impervious to damage from falling and the meter charges up again quite quickly. Given that Hekesville spends its time floating in the air, you usually won’t hit anything before the meter recharges and you can float again. 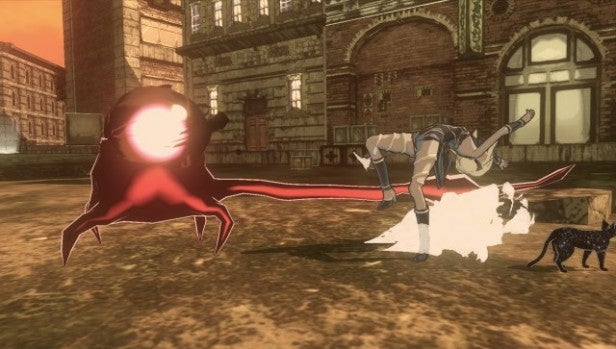 The concepts manage to be simultaneously simple to grasp and quite difficult to get your head and fingers around, but within an hour or so of starting play you’ll be pulling off impressive feats of flying, wall-walking, ceiling-walking and brawling likes its second nature. There’s the odd bit of combat against Hekesville’s invading monsters, the bizarre and blobby Navi, but it’s not particularly intense or particularly challenging, and the focus of the game is really on wandering the streets of Hekesville and helping the local population out. There are municipal facilities in need of powering up, courtesy of the glowing gems spread lavishly around the squares and rooftops, the local cops are trying to apprehend a master thief, schoolgirls go missing and there’s a dark-haired girl with similar powers to you who seems to want a fight.

What makes Gravity Rush so likable is that it’s in no rush to push you through all this stuff. The game is episodic, with the main story missions pushing you from one Hekesville district to another and furthering a slightly incomprehensible plot, but if you’d rather chill out, tackle various challenge side-quests and explore, then that’s fine too. Kat is an immensely likable heroine, eager to please and wanting to fit in, and the action rarely gets so tough that it becomes a struggle. There are new moves and a cool ‘gravity slide’ manoeuvre to maintain your interest, while a simple upgrade system allows you to boost Kat’s powers and health. 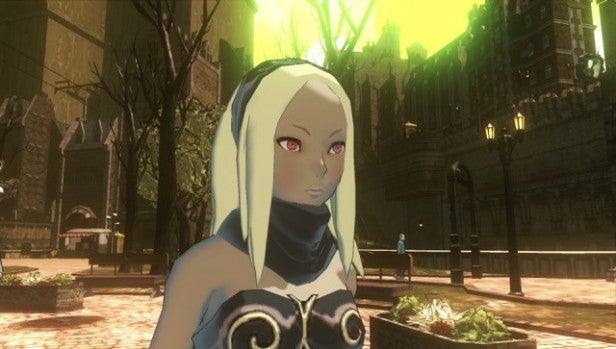 The most challenging parts are the boss battles, where you might take a couple of goes to put the district’s local rampaging beast to bed, and the even more bizarre otherworld missions, which see Kat entering some strange dimension by means of a glowing hole in an old-guy’s chest (it’s just that sort of game). Here you’re asked to clear groups of Navi then progress along a light-path broadcast by a glowing triffid. Along the way you’ll get an apple and a new ability, and at the end there’s another boss battle, and a chance to bring a missing fragment of Hekesville back to the city – there’s nothing Kat likes more than to see friends and family reunited. 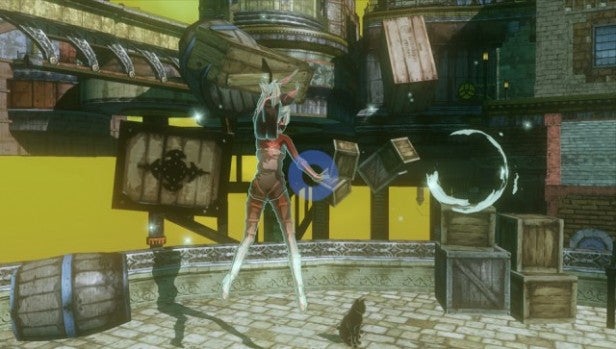 Steampunk Style
Hekesville itself is a fantastic creation; a bonkers mix of European architecture, steampunk machinery and Japanese anime tropes. Each district has its own look and feel, its own lighting and its own soundtrack, with the bright lights, neon pinks and jazz of the pleasure quarter an early highlight. Gravity Rush’s cel-shaded visuals look stunning, the animation is beautifully done, and the whole style of the game just shines. In its own way, this is as effective a showcase for PS Vita as Uncharted: Golden Abyss or Ultimate Marvel vs Capcom 3. 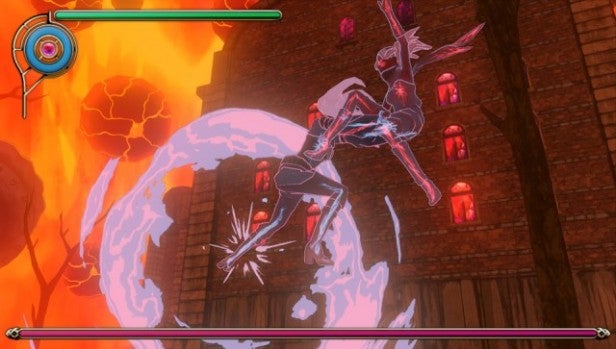 If the game has a fault, it’s that it’s all a bit slight. Look beneath that beautiful, stylish surface and there’s little to the missions beyond fetch quests, errands and search-and-destroy, while interaction with the citizens of Hekesville is fairly limited beyond a select few characters. But does this diminish the game’s charms? Not at all. Once you get your head around all that shifting, Gravity Rush is a joy to play.

Verdict
Gravity Rush is exactly the sort of game that PlayStation Vita needs: a unique and brilliant experience that wouldn’t fit onto a smartphone and that isn’t just a handheld version of an existing PlayStation hit. It’s fun, stylish and totally lovable, and one of the best reasons yet to have Sony’s pocket gaming monster by your side.