Exclusive to PlayStation 3
Gran Turismo 6 is the product of a singular vision, and that vision is Kazonori Yamauchi’s. It was Yamauchi who saw the potential of a more serious console driving game, and it is Yamauchi who has overseen the series as it’s developed from PS1 through to PS2 and PS3.

An infamous perfectionist, he’s always pushed for a game that replicates every detail of the driving experience, tweaking the tracks, the visuals and the handling until he gets the look and feel he’s looking for. When you play Gran Turismo, you always get the sense that he’s striving for the ideal Gran Turismo; not the one that’s running on your console, but the one that’s running in his head. 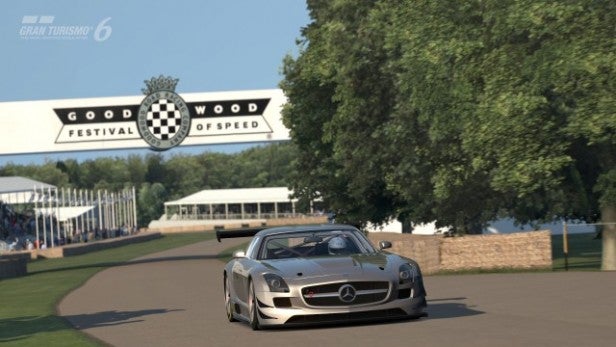 It’s an approach that has made Gran Turismo what it is today, but also leaves the sixth iteration in an odd situation. Gran Turismo 6 is simultaneously the best game in the series and slightly disappointing. While it’s getting ever closer to Yamauchi’s ideal, it’s also struggling to keep pace with its rivals in ways that affect your experience of the game.

It’s not that Gran Turismo hasn’t moved on. GT5 is better looking than GT6, has even more convincing handling and packs in more cars and tracks. It also has a new interface and structure which cuts down the stuff that used to get between you and the track. 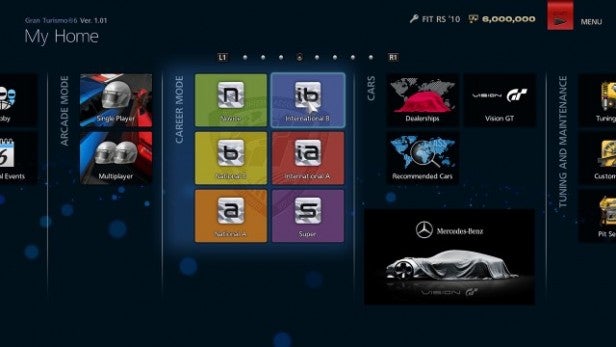 A new UI doesn’t seem all that exciting, but it makes a world of difference. With all the different modes and features now arranged in neat vertical columns, you can flick differently from your career mode to the dealership to buy a new car, then to the workshop to add new parts and tune it up, then back to career mode to start a new event.

You can dabble in the arcade mode, or try special events at Goodwood Festival of Speed or on the moon, then save the game or change your options with a tap of the Start button. And where the interface of GT5 and GT4 was often confusing, this one is a model of clarity. All the content is there for you to see.

As to the career structure, well it’s still classic Gran Turismo. You’ll still be working your way through the different race classes, tackling championships and events in different cars. You’ll still be upgrading your motors when they prove insufficient for the job in hand, or buying new ones when you need something to tackle a particular event.

However, GT6 is more flexible than previous versions in what events you have to take and in what order. Now, podium positions earn you not just credits but stars, and these stars are needed to unlock further events in that specific racing class. Most importantly, you need a whole bunch of them to unlock the different license tests, which are needed to progress up to the next class. 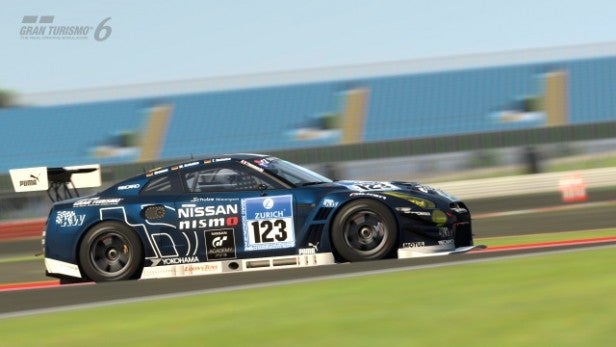 The thing is, how you get those stars is up to you. You can focus on a few championships in that class and keep pushing for first place, or spread yourself around and just accept the positions as they come. You can focus on the cars you want to drive, and ignore the classes that don’t interest you at all. If you don’t like muscle cars, or can’t be bothered with electric compacts, nobody is forcing you to drive them.

Meanwhile, other new additions break up the grind of racing, with ‘coffee break’ events that see you knocking down cones against a time limit, or seeing how far you can make it around the Nurburgring on limited fuel.

Outside the career modes you’ll find new special events, which allow you to take part at Goodwood or retrace Buzz Aldrin’s drive across the surface of the moon. To see GT’s physics model applied to lunar driving is one of the great surprise pleasures of the game, even if the authentic lunar scenery isn’t much to write home about. 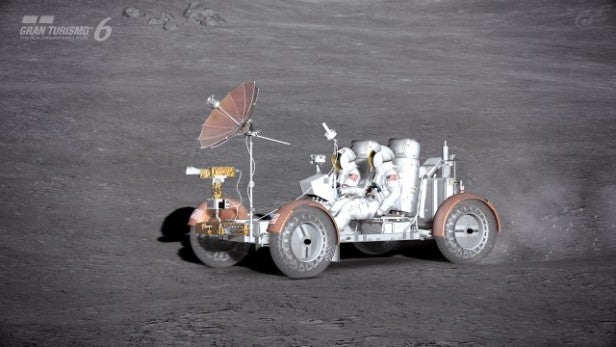 Like cars? GT6 has got them. In fact, with around 1200 of them it’s got more than any racer ever. As always, these span the range from old classics through family cars you might actually drive through to hot hatches, sports models and executive drives. It has 4x4s and SUVs, supercars, open-wheel racers and the new breed of hypercars covered.

Bar Porsche it’s hard to think of a major manufacturer that isn’t featured, and with golden oldies as well as recent models you’re spoilt for choice. Before long, you might have anything from a 2008 Fiat 500 to a Range Rover Evoque and a 2013 Nissan GT-R Nismo GT3 in your garage, though if you want the Lamborghinis, the McLarens and the Ferraris, then you’re really going to have to put the hours in.

Of course, there is another way. As you might know GT6 is the first GT to have micro transactions, allowing you to buy in-game credits with real-world cash. The good news is that Sony has done this the right way, flogging packs of credits at mildly outrageous rates, but not making the rest of the game such a grind that you’re forced to get your wallet out.

Sure, GT6 can see you grinding for cash as you move up through the classes, but it’s no worse in this respect than GT5 or GT4. If you want to earn your credits the old-fashioned way, you can. If you’re willing to splash out on a shortcut, the choice is yours. 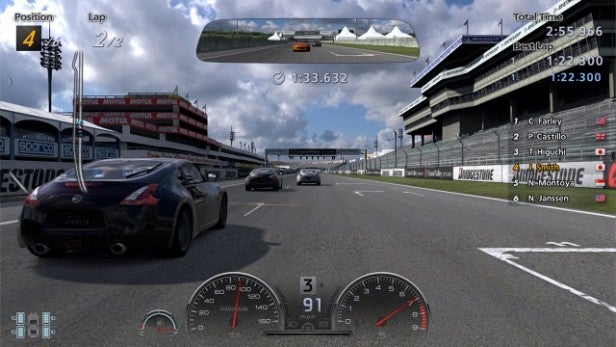 Almost predictably, those cars are great to drive. GT5 was already the benchmark for handling, but GT6 goes for a whole new system, using data from tyre manufacturers Yokohama and suspension specialists KW to transform how the cars move and shift weight on the track. At first, it seems like there’s a little less roll on the cars than in GT5, but watch the replays and it’s easy to see the bodywork shifting on the chassis as you accelerate, brake and corner. You can feel when the tail is about to slide out or the tyres are losing grip, and once you move up to the faster vehicles, each lap is both a challenge and a pleasure to drive.

Frankly, we have no idea how a 2011 Lotus Elise or 2009 Corvette ZR-1 feel on the track – and barring a lottery win that’s unlikely to change. What we can tell you is that they handle here like you imagine that they would. It’s utterly believable. 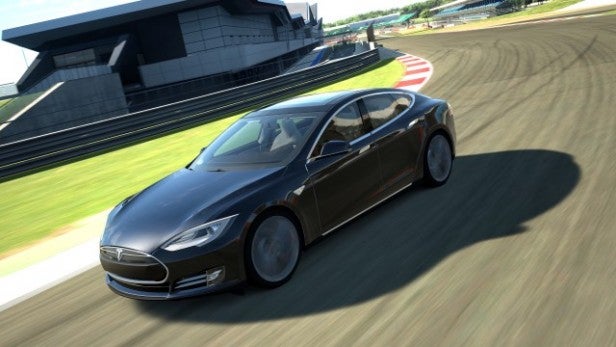 Graphically, GT6 is to the PS3 what God of War 2 was to the PS2: a late technical triumph that compares to what we’re seeing on Xbox One and PS4. It’s up against tough competition in the shape of Forza 5, itself a staggering bit of work, but while Forza 5 has the edge on the scenic detail and some aspects of the lighting, you can’t ignore the fact that GT6 is running at a mostly solid 60fps at a 1080p resolution, and looking pretty damn good while it’s doing it.

New tessellation techniques, new textures and a new lighting model breathe new life into much-loved tracks like Autumn Ring and Deep Forest, while the city tracks in Madrid, Rome and London look absolutely stunning. The cars, meanwhile, are spectacularly detailed. We don’t know whether they have as many polygons as the ones in Forza 5, but it’s still getting difficult to tell them apart from advertising renders – particularly in the replays. It turns out that you don’t need a next-gen console to play a next-gen racer. 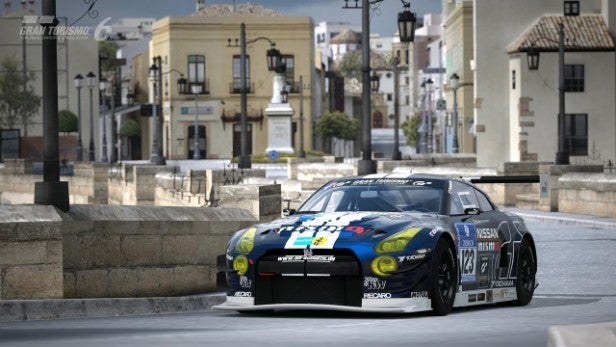 So, GT6 has great graphics, great handling, a huge list of brilliant cars and stellar handling. It has a better structure, and it even comes packed with courses, with Silverstone, the Willow Springs desert raceway and the Mount Panorama circuit at Bathurst joining the list (and the last feeling just as crazy as it does in Forza 5). Why, then, are we not proclaiming from the rooftops that this is the single best realistic racer of all time?

Basically, GT6 isn’t consistently exciting. Partly it’s an old problem with the structure. While the early stages and the license tests are great for bringing new players in and building their skills, they don’t exactly make for a thrilling ride. Where Forza has you racing around in sports cars and supercars from the off, GT6 sends you to the track in a supercharged Honda Fit. Live the dream. 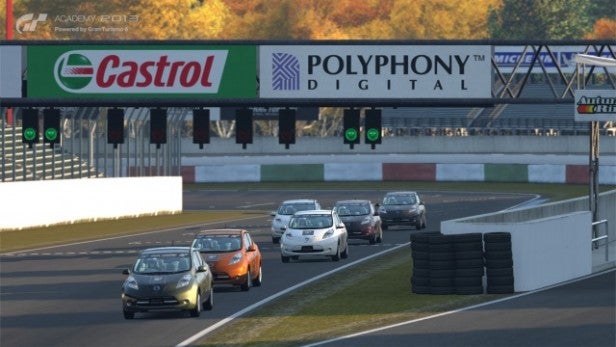 It’s also a question of intention. Over the last decade, Gran Turismo has become more of a driving game than an actual racer. The AI might have improved slightly since GT5, and there are more cars on the track, yet it all seems so polite, as if your rivals are intent on forming an orderly queue, prioritised in speed order, before they cross the finish line.

There’s little jostling for position, and few signs of anyone taking risks or skidding off the track. In our experience, you don’t even see much overtaking. Throw in the lack of any serious damage modelling – the old bumper cars cornering technique still works like a charm – and you end up with a lack of seat of the pants thrills.

GT6 is sublime to drive, but it just isn’t as gripping as Forza 4 or Forza 5, and we’re still not sure that we wouldn’t slope back to Microsoft’s rival given half a chance. Sure, once you’re messing around with the A and International class races the excitement picks up, just because there’s enough fun in driving such authentically modelled cars around the tracks, but the AI is still a let-down.

We want real thrills, real competition, real skin of the teeth wins. In GT6, it’s all a bit predictable. You don’t win, then you upgrade, then you win. All you need to do is brake later, accelerate sooner, have a faster car and keep it on the track. In fact, you can often fudge the last bit.

Some of this will be fixed by the multiplayer, but until the game launches we’re in no position to judge. Expect updates and amendments to this review once we’ve had the time to put in some hours.

Gran Turismo 6 is the best ever Gran Turismo, with graphics and physics that push the PS3 to its very limits. With a massive car list, an impressive track-list and a good selection of special events, it’s impossible to fault on the breadth or depth of content. What it needs, however, is a little more excitement. The driving might be brilliant, but when it comes to racing and the sheer thrills of speed, Forza wins it every time.