If you’re serious about your home music, you’ll be accustomed to the notion that for the very best in sound quality, you have to invest in separates – a DVD player for video, a CD player for music, and a separate amp or multi-channel home theatre receiver to power a set of passive speakers.


High-end setups take this approach even further, separating the CD transport and digital to analogue processing, and the amplification stage into pre-amp and power amp modules, with the latter often split in two – one power amp per mono channel.


It’s not, however, an approach that most of us are used to seeing applied to portable music. When most of us go out, we chuck our MP3 player and a pair of headphones in a pocket. If the headphones are good, it’s quite remarkable how good a setup this compact can sound. But the humble MP3 player has the potential to be much more. With the addition of a decent pair of headphones and a portable headphone amplifier such as the new Graham Slee Voyager, almost any basic MP3 player goes from lo-fi music accessory to audiophile delight. 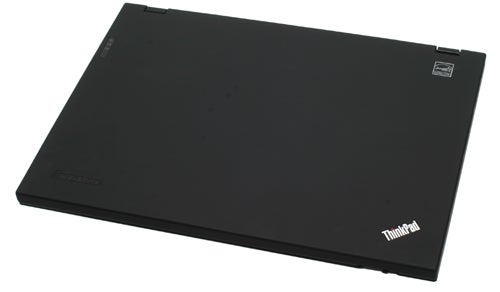 If this all sounds a little crazy, or too much like hard work, bear with me. Admittedly it’s not the most convenient setup for on the move use – the amp itself isn’t bulky per se, it’s about the same size as a medium-sized smartphone at 125 x 67 x 28mm, and quite light at 180g. But coupled with an iPod Classic, for instance, or similar hard disk player it turns a just-about pocketable solution into, well, one that’s not.


And it’s not just the bulk. An extra cable (included in the box) is required to link the amp to the headphone output on your MP3 player, which I’m sure you don’t need me to tell you is a pain when you’re on the move. Even a single, straggly headphone cable is liable to snag on clothing as you stand up and walk around. Two require thought to stow in a practical way.


It’s clear that this isn’t a product that’s intended for workout use. And neither is it one to draw admiring glances. The plain black box is more Maplin than design boutique, though it is highly practical. The box is both well-built and flexible: notably, you have a variety of ways in which you can power the device. It can be powered either by a supplied 9V alkaline or rechargeable battery, which is good for around 50 hours of continuous use, but it also comes with a plug top adaptor for connection to the mains at home or in a hotel room, and a mini-USB input, which allows you to draw power from a laptop or desktop PC.

But the real stars lie under the hood of the Voyager. Crack open the case and you’ll find a wealth of top quality components inside, from premium through-hole Nichicon capacitors, to an Alps volume pot and Jalco input/output jacks. The Analog Devices OpAmp is a pretty decent component too.


That’s all good, but where the Voyager truly excels is its sound quality. To be fair that’s to be expected at a price of £179, but you’d probably be surprised at exactly how much difference adding such a seemingly simple box of tricks can make.


Sit down for a long journey on a train or aeroplane with the Voyager and all those concerns about practicality and looks will quickly fade away. Somehow it won’t seem to matter how may cables or boxes you have to pack when the music is presented as effortlessly as this. It’s simply breathtaking how it transforms the sound, adding warmth, sparkle and a sense of three-dimensionality that wouldn’t be out of place in a separates system many, many times its value. 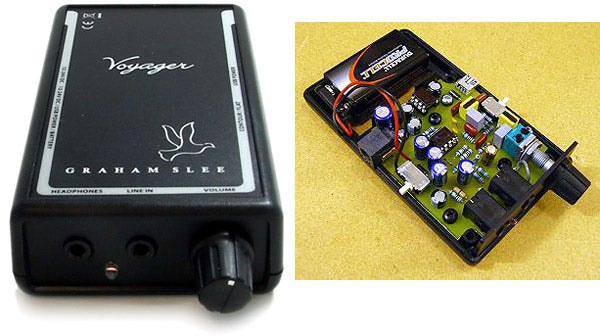 I hooked it up to the Treksor Vibez player I reviewed last autumn, connected my Grado SR325i headphones and I was instantly impressed. Stacey Kent’s vocals took on such a creamy smooth texture that I thought I was listening to a valve amp. It’s a very warm-sounding amp, but this is not the sort of warmth that obscures detail. The piano on ”Plaintive Rumba”, played by the Peter Nordahl Trio, was as clear and sharp as shards of shattered glass – you almost hear fingers on the keys and hammers striking strings – while the rattle of the strings against the fretboard of the double bass was uncannily clear.


Moving on to something a little more modern, the opening to Biffy Clyro’s ”Living Is A Problem…” was delivered with the sort of head-pounding thwack that feels as if it would shake your specs off if you were wearing a pair. Take That’s more clinical, yet well-engineered pop, on comeback album ”Beautiful World”, took on a texture and atmosphere you just don’t hear when you switch back to a plain, unamplified MP3 source.

Maximum volume levels go up, of course, with a headphone amp, allowing the connection of high impedance studio headphones as well as easy-to-drive earbuds and noise isolation designs. But as well as going loud, this amp delivers dynamics, and it delivers them by the JCB scoop-load. The opening to Mahler’s ”5th Symphony”, for example, is a very difficult trick to pull off, requiring both subtlety and power, but the Voyager managed it without breaking sweat. The clarion call of the trumpet sounded clear and natural and the orchestral strike crashed in with and edge and power that I’ve never heard from an MP3 player on its own.


The bass from the Voyager is balanced and defined too, without being excessive, but even here if a fuller sound is your thing, or your headphones are a little lean, you can correct this by flicking the Contour switch on the side of the Voyager. Unlike equalizer settings on most MP3 players this boosts the bass without warping or degrading the sound quality. 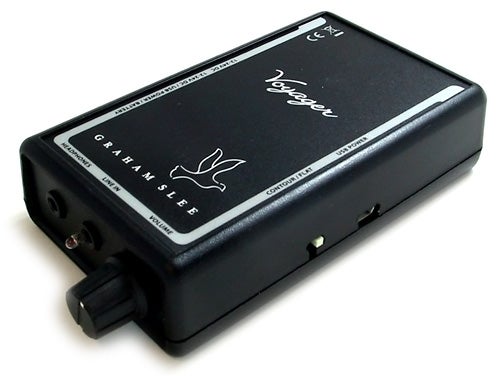 I also own a home-brewed headphone amp based on the popular CMOY design, and while the Voyager can’t match its sheer brute force and aggression it is far more forgiving and subtle, presenting the music in an unforced and ‘easier to listen to’ manner, yet without ever veiling the details.


And it’ll pull off its tricks no matter what source you connect it to. I tried the Voyager hooked up directly to the stereo outputs on my high-end rack-bound CD player – a Unison Research Unico CD – and it did just as good a job. This highly revealing source, which makes use of a hybrid transistor/valve design, can be painfully revealing and difficult to listen to when paired with the wrong kit. I can’t connect my CMOY headphone amp, for example, and listen to it for longer than a few minutes at a time, but with the Voyager the music is phenomenally involving and enjoyable. Hooked up to a PC, a Squeezebox and my home made DAC proved the point further with excellent performance in each case.


There’s no denying that the Voyager is an expensive piece of kit. It’s not very practical or good looking either. And there are far more economic ways of beefing up your portable audio experience – if you’re happy to go with the DIY approach, you can buy a decent amp on eBay (such as the CMOY-based amp mentioned above) for a fraction of the price.


But if you want the best, at least in the world of high-end audio, you have to be prepared to pay for it, and this is undeniably there or thereabouts. For this level of quality, £179 to me sounds like a pretty good deal.