One of the biggest selling points of games consoles is their plug and play nature. Game goes in, console comes on, happy gamer. No safe mode, no updating drivers, no viruses and definitely no boot disks to free up 600k of base memory.


However, there is always the type of person that enjoys a good challenge, and the game itself doesn’t provide enough. For this sort of person, the GP2X is perfect as it is a lot more than a gaming platform – it’s a multifunctional entertainment device with more flexibility than a Russian gymnast. 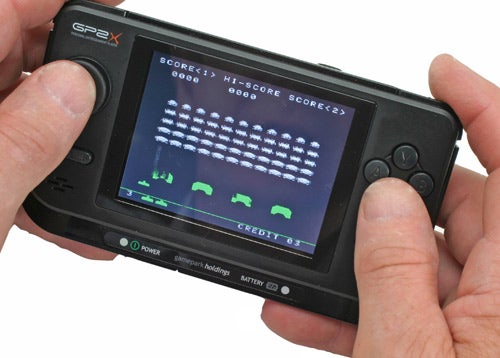 From the outside, the GP2X looks like a fairly typical handheld gaming device. It’s not as sleek as the PSP, but perhaps shares more in common with the Sega Game Gear. There is a joystick on the left, accompanied by four buttons on the right – A,B,X and Y. At the top of the player are the L and R shoulder buttons, as seen on the PSP. Naturally there are the traditional start and select buttons as well as volume control. Headphone output is complemented by internal stereo speakers. 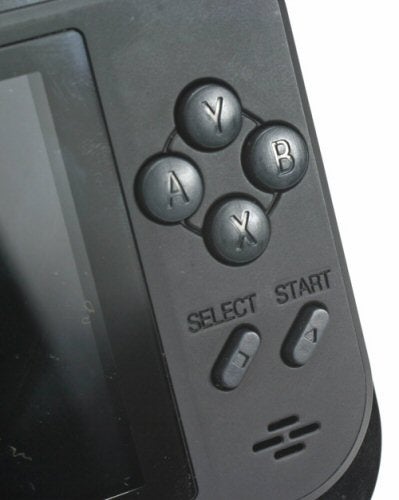 The device is powered by two AA batteries, although should you want to use it for prolonged periods of time in a single place, you can power it with a 3.3V DC adapter. At the very top of the device is an SD card slot, which you’ll need to populate as there is only 64MB of NAND memory onboard.

Connecting to the device is done via a USB 2.0 connection, although I found it to be particularly slow at transferring. You may have better luck using a card reader.


At the very base of the device is the “EXT” connection. This is where things get a little interesting. For a few quid more you can buy a cable for outputting to a Television – nice! But you can also use this for connecting to extra storage (hard drives for instance). I’ve even briefly read about using this to convert the device in to a fully fledged PC or router. 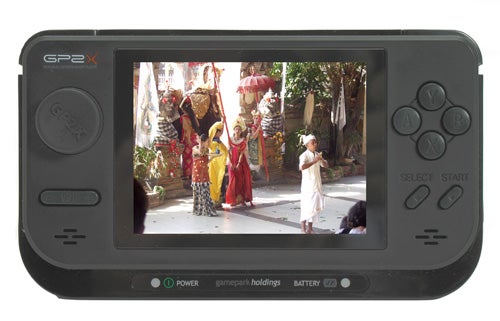 The screen resolution is 320 x 240 which I assume is connected via an analogue interface due to the occasional diagonal lines I see running across the screen – pixel clock issues perhaps? Although there is fine tuning for this, you don’t expect to see this in a modern device.

At the very heart of the device is a Linux Operating System. The FirmWare is completely upgradeable (in fact there are several alternative versions available and under development by third parties) and you can install more applications than you can shake a stick at, but included as standard is support for DivX/xVid movie playback, MP3/OGG/WMA audio playback, photo viewing and e-books. 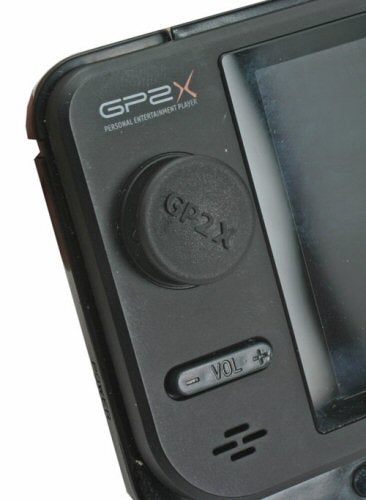 Although it does all of these things admirably, it doesn’t really shout out as a finished product – it’s more of a platform. There is already a lot of open source software ported to this device and there is an entire community of people doing both software and hardware modifications to their GP2Xs. This is what makes the product unique.


For the less-geeky, the real killer application is emulation. Pretty much every emulator imaginable is available, from arcade machines to GameBoy, SNES and Playstation. Getting games is usually pretty easy, although very few of them are technically “free”. You still have to own the original games in order to legally play them. Some companies have made them free, or just abandoned them long ago (a Google for Abandonware might put you in the right direction).


Interpreters are around for many other games too – including Quake, Hexen, Doom, Duke Nukem 3D, Transport Tycoon and my personal favourite – ScummVM. Scumm is the engine used by Lucasarts for most of its adventure games – this includes the Monkey Island Series, Sam N Max and Day of the Tentacle to name a few. 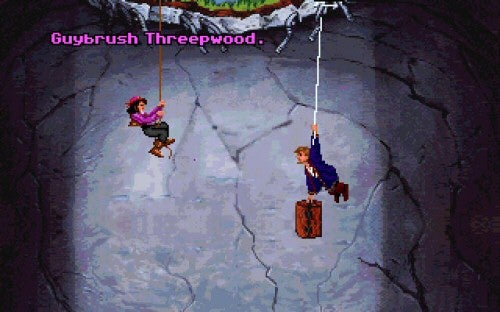 Although the device has improved since its first incarnation, it is not exactly user friendly. All the little niceties that you expect to see on a polished product aren’t there and it certainly isn’t a plug and play gaming device. However, if you are of mild intelligence it’s not hard to get going. The more you put in to the device, the more you get out of it.


With between five and ten hours of play time on a set of batteries, this isn’t bad and AA cells are easy to come by. If you’re like me and you’ve got a soft spot for games that are past their prime and like a good fiddle, you will love the GP2X.


At £124.99, it’s not cheap but it’s hardly expensive and if you know what you’re doing you’ll get more enjoyment out of it that you ever thought possible.