What is the GoPro Hero3 Black Edition?

The GoPro Hero3 Black Edition is a small but tough camera and camcorder designed to be used in the harshest of conditions. If you’ve ever watched the Deadliest Catch you’ll know the astonishingly exacting the conditions it is filmed in are. Can you guess what they use to film? That’s right it’s GoPro cameras. That’s how tough they are.

With more than ten year’s experience in manufacturing top-of-the-line extreme sports and adventure cameras GoPro certainly has the pedigree. GoPro has become the industry leader, although there are a number of big and small companies looking to capture its crown.

In all other respects, however, the two cameras are identical in spec
and design. 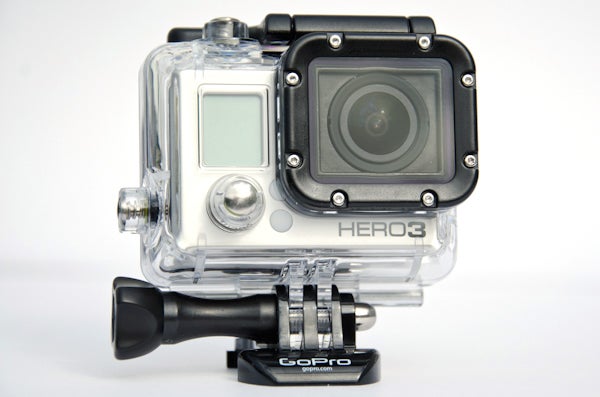 As the flagship product in the GoPro range, the GoPro Hero3 Black Edition has a number of upgrades over its cheaper siblings. First and foremost, the big addition for the Black Edition package is the supplied Wi-Fi remote control that lets you control the camera – handy if the camera itself is attached to a helmet or anywhere else that might make reaching the buttons tricky. We’ll deal with the set-up and operation of the remote in more depth later on, but for adventurous souls looking to mount their camera somewhere they cannot physically reach it, the Wi-Fi remote is sure to appeal. 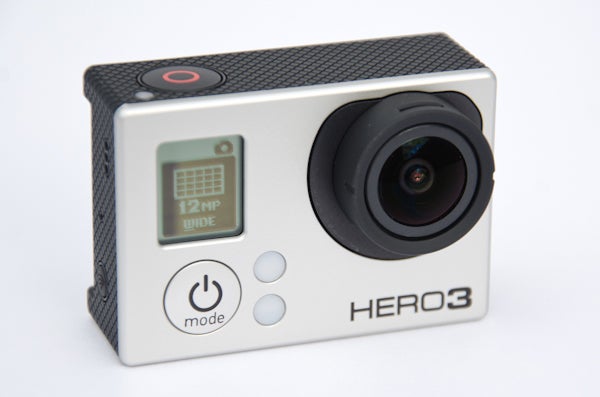 Perhaps more useful to the camera’s target audience is the Black Edition’s 30fps maximum burst rate. This is considerably higher than both the Silver Edition’s 10fps and the White Edition’s 3fps. It’s a useful advantage because, in the fast-moving world of adrenaline sports, the ability to fire off 30 consecutive shots is much more likely to bag you exactly the shot you want.

For those who don’t require quite so much speed, the Black Edition has 3fps, 5fps and 10fps continuous shooting speeds, too. Last but not least the GoPro Hero3 Black Edition has a time-lapse mode, where the camera can be set to shoot at 0.5, 1, 2, 5, 10, 30 and 60-second intervals. It all adds up to plenty of scope and flexibility.

Of course, the majority of people looking to purchase a Hero3 will probably be much more interested in its video capabilities than its still image prowess, and here again the Black Edition enjoys a distinct advantage over its two supporting models. While the Silver and White editions support a maximum resolution of 1080p at 25fps, the Black Edition can capture 1080p Full HD video at 50/48/25fps in PAL mode (60/48/30fps for NTSC capture). Furthermore 720p recording can be captured at 100/50fps (120/60fps for NTSC), which enables smooth slow-motion playback of high-def movies – something neither the Silver or White editions are capable of.

You really are spoilt for choice when it comes to video recording options. 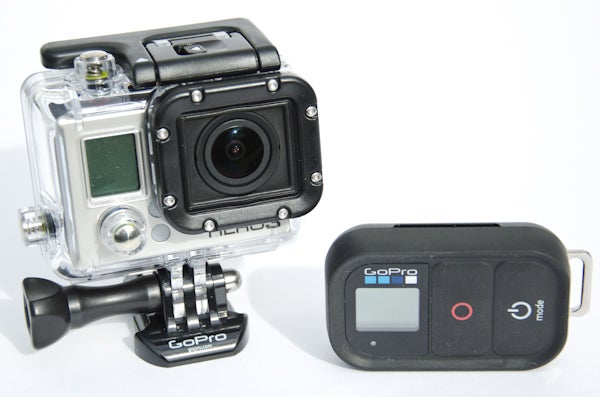 Given that it’s specifically designed to be used outdoors in the kind of conditions that would wreck regular cameras, it comes as no surprise to find that the overall Hero3 Black Edition package is tougher than Chuck Norris. The camera itself is tiny though, measuring just 60mm wide by 40mm tall and 20mm deep. Indeed, GoPro claims the Hero3 is 30% smaller than its predecessor. At just 74 grams, it’s also 20% lighter than the Hero2.

Housed within a tough polycarbonate shell, the camera gets three buttons: a Mode button, a shutter release button and a Wi-Fi pairing button. The camera’s rechargeable 1,050mAh Li-ion battery resides in the back of the camera, hidden behind a protective cover that’s unclicked via a quick-release switch. Also on the back is the Hero Port, which is used to connect the optional Touch BacPac LCD display (£80) that relays live images of what the camera can see.

On the front of the Hero3 you’ll find the LCD status screen, which displays all the important shooting information as well as menu navigation when setting the camera up or adjusting its settings. Below this is the Mode button that doubles up as the On/Off button. To the right of this are two indicator lights – a blue Wi-Fi pairing light and a red status indicator. On the top of the camera is one further button, which acts as the shutter release and movie-record button. 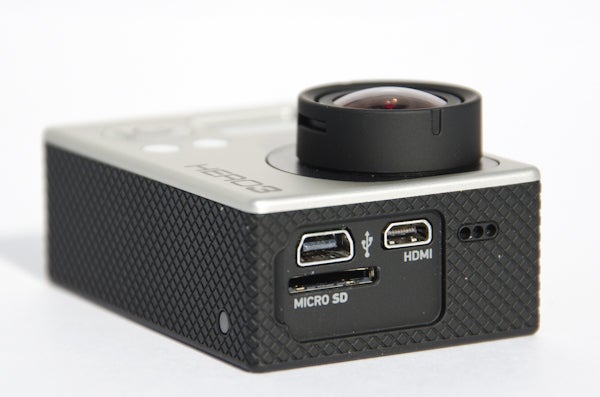 Connectivity and memory storage is found on the side of the camera behind a piece of protective plastic. You get a micro HDMI for playback and a Micro USB port for charging and file transfer, plus a slot for microSD cards. The Hero3 Black Edition can accommodate cards of up to 64GB, and given the amount of data that requires processing and storing it’s strongly recommended that you use at least a Class 10 card or better.

Of course, the camera itself isn’t waterproof, which is where the polycarbonate housing comes in. This is waterproof to a depth of 60 metres and also guards against bumps, scrapes and accidental drops. The camera slots into the back of its protective case, where it’s held firmly in place via a secure latch on the top of the camera.

Getting the camera in and out is fairly straightforward too – with the camera lens facing away from, you simply slide the latch on the top of the case in the direction of the arrow and then lift/peel back the latch.

While it’s inside its protective housing, you operate the camera via three spring-loaded buttons on the outer of the case. There’s one for the shutter/movie record button, one for the mode/power button and one for the Wi-Fi connect button. You need to apply a reasonable amount of force to press them, but this is preferable as it lessens the chance of accidental button presses. 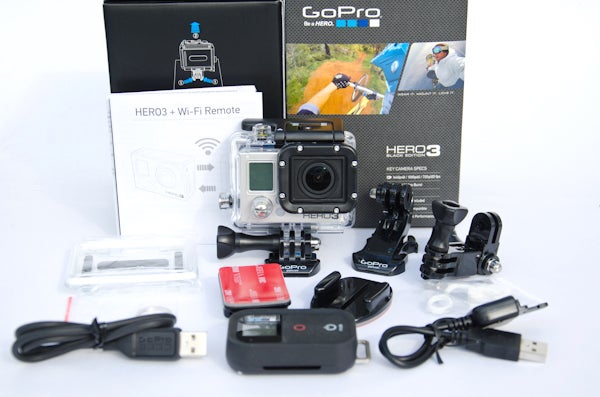 Supplied is a range of mounts, fasteners and adhesive pads. Our’s came with the ‘Adventure Kit’ intended for use on dry land. Go for the Surf Edition if you’re in and around water a lot.