That fancy GP1 processor has done more than just improved frame rates and image stabilisation. It’s also responsible for bolstering global tone mapping, resulting in improved colour and dynamic range. The latter has been bumped up by the equivalent of 2-stops. Auto-exposure adjustments have been upgraded – meaning that scenes that quickly transition from dark to bright adjust far more quickly during videos – as has low-light performance.

While the Hero 5 Black produced some stunning video, the Hero 6 Black improves upon it in many ways. The dynamic range in particular is one of the first things I’ve noticed. I’ve captured numerous GoPro videos in the gym over the years (unexciting footage for anyone else, I know), and I merely mention this because it’s an environment I’ve massive archives of GoPro footage for.

It meant I immediately noticed how much more pop the red strobe lights lining the room had on the Hero 6 Black, or how the blue top I often wear appeared less washed out than before. Granted, these are issues that could have been remedied with a bit of colour correcting or processing in the past – but now you get far more impactful images straight from the camera.

The image stabilisation on show in footage captured while mountain biking was phenomenal. Gone was all of the nausea-inducing judder, and the camera did fantastically well with the rapidly changing lighting conditions. In the past, the scene would be momentarily overexposed when coming out from dense tree cover, but it now adapted seamlessly. The dual microphones came in handy in such situations, too, with the automatic wind noise reduction doing an excellent job.

Footage taken while walking is always tricky to stabilise – but, again, the Hero 6 Black’s capabilities far eclipsed what was available with the Hero 5 Black. While not as smooth as when using a gimbal such as the Karma Grip or FeiyuTech G5, it’s less ‘floaty’ and less limited by the speed of a motor to adjust the camera angle. It’s by far the best electronic image stabilisation I’ve seen.

The improvements aren’t limited to video, though. The 12-megapixel still images have improved as well. While the Hero 5 Black had ‘Wide Dynamic Range’, this has been upgraded to full HDR on the Hero 6 Black. Still images look all the better for it: they’re plenty sharp and exposure looks great. RAW support also remains if you want more to play around in post processing. The ‘Linear’ field of view option remains if you want more natural shots without that typical GoPro barrel-distorted look. It makes the GoPro a very usable still image camera that can go where most cameras wouldn’t dare. In a welcome move, the Hero 6 Black uses the same batteries as the Hero 5 Black. So if you have any spare cells lying around then they’ll be compatible. Battery life is also comparable with the older Hero model when comparing like-for-like modes. Expect around 1hr 45mins of continuous video at 1080p/30fps.

Shooting at 4K/60fps is obviously the most draining; I managed about 50 minutes before the battery gave out. This is from a continuous shot, however; expect less stamina overall when shooting multiple clips with more screen-on time and fiddling around.

Charging is via a USB-C connection, so it’s easy enough to carry a portable battery charger with you if you don’t have spare batteries. Charging from empty takes about an hour.

You also have the option of picking up inexpensive third-party options. I’ve taken to using a RAVPower charging cradle that includes two spare batteries and lets you charge them externally from the camera. Better still, the cradle can use either Micro USB or USB-C inputs, meaning there’s a greater chance you’ll have the right cable with you at any given time. If you’re out on a long shoot one of these can be a lifesaver.

Should I buy the GoPro Hero 6 Black? 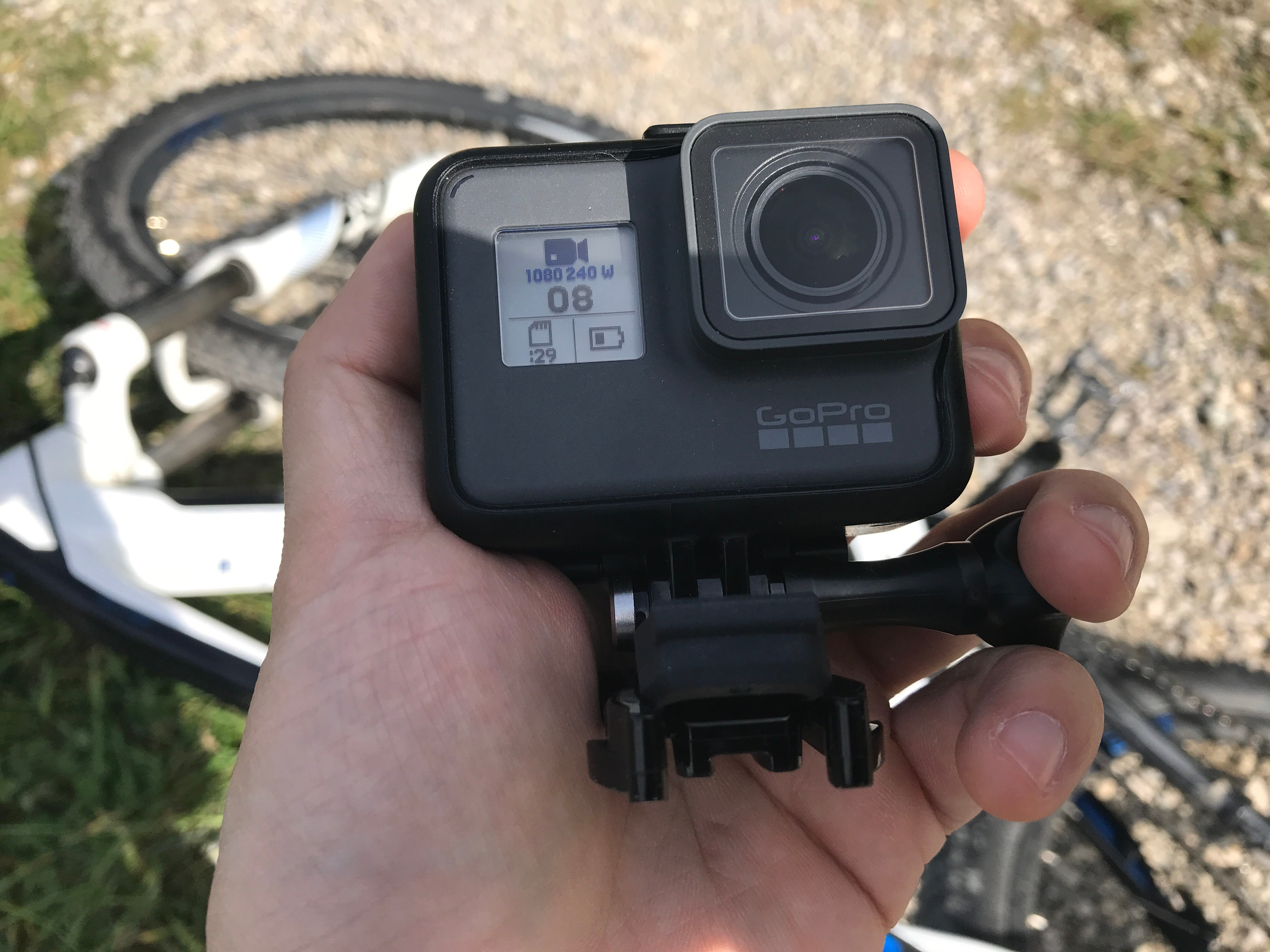 I was initially taken back by the Hero 6 Black’s $499/£499 original price tag. That’s around the same price as the Sony FDR-X3000R Action Cam, a camera that impressively managed to miniaturise optical image stabilisation. But if I had to make a choice between the two, I know which camera I prefer.

Thankfully, now, it’s seen a permanent price drop and is available for £399. At that price, it’s a much easier recommendation as the best action camera available.

While there’s a $100/£100 premium between the Hero 5 Black and Hero 6 Black (the former will remain on sale as the cheaper alternative), the newer model is worth the extra outlay if you want the absolute best.

In fact, I’d argue that the electronic image stabilisation is so good that a gimbal is no longer as necessary – so you can factor that saving into the equation. The overall image quality is also markedly improved, making the GoPro Hero 6 Black absolutely the best action camera you can buy today.

The GoPro Hero 6 Black improves over the Hero 5 Black on multiple fronts. It’s the best action camera you can buy today.