Video quality on the Session is good, but it’s not outstanding. What you’re gaining in having a tiny form factor, you’re losing in brightness and clarity of video – particularly when compared to the GoPro Hero4 Silver that previously cost the same. Now that the price has dropped so substantially, the Session’s shortcomings are a little easier to understand.

The first thing to note is that the 8-megapixel Hero 4 Session does not come packing 4K video, unlike the larger, 12-megapixel Hero4 Black. Instead GoPro has opted for a 1440 resolution with a 4:3 aspect ratio as the highest resolution offered.

It might sound surprising, but the 4:3 aspect ratio, the staple of TVs prior to the flat-panel revolution, is preferred by some extreme sports enthusiasts. That’s because it provides a better sense of scale in some scenarios – think tall mountains in the background that would have their peaks cut off in widescreen.

Often, a wider view is provided on other GoPro’s through a ‘SuperView’ mode, which crops the edges slightly in favour of more vertical perspective.

The 170-degree lens means you get a fish-eye effect on photos and videos, which can be fun but is best not overused. You can reduce this barrel distortion by using a 16:9 aspect ratio, or while editing the footage.

During testing I used a variety of settings and all delivered solid footage. And that’s the crux of it. The GoPro Hero 4 Session manages to provide good-quality video, but in a much neater package than other models. Colours are vivid, quick sharp movements are captured smoothly and there’s a reasonable amount of detail. The lack of 4K doesn’t appear a major weakness unless you need professional-quality footage.

Watch a video created using the GoPro Hero 4 Session and GoPro Studio. It took me about an hour to create with very little knowledge of the software.

This second video took just 15 minutes to make using one of GoPro’s generic templates enticingly called Dub Step Baby – and yes wubwubwub music is included. I used the Protune setting on this video to enhance colours. Both videos have been compressed for viewing on a website.

Dynamic range and white balance don’t quite match up to the bigger cameras and neither does detail. It’s the same story with picture quality when taking stills. 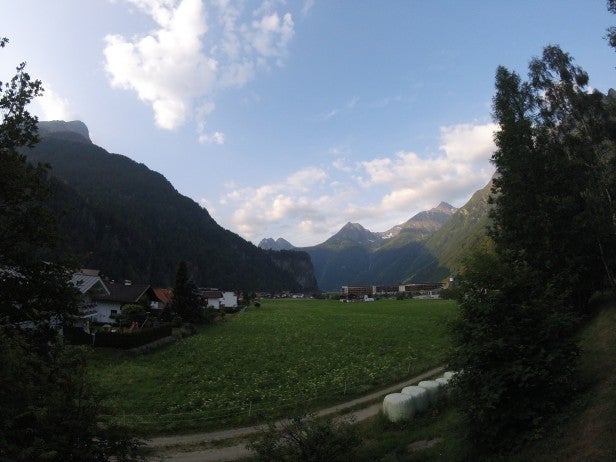 The automatic low-light setting was also inconsistent on occasion. One moment it brightened dingy conditions well, then when i turned it off and back on again it didn’t seem to make much difference at all. This feels like a software issue that we hope will be tweaked in future updates. In general we found low-light performance to be adequate at best.

The GoPro Hero Session is all about sacrificing some video and image quality for the benefits of having a smaller, lighter and more maneuverable action cam.

There are other benefits too. The lack of housing means there’s far less chance of fogging and there’s nothing between the microphones and the audio you’re trying to capture.

The GoPro Hero Session shines when it comes to audio capture. especially when compared to its Hero4 siblings.

There’s no thick plastic covering the dual mics, and because of this sound isn’t muffled in the way it is on other GoPros. In a like-for-like test using the recently released GoPro Hero LCD+, the Session comes out miles ahead, with reasonably crisp and clear audio and well-captured background noise. This is in stark contrast with the Hero+ that sounds almost as if it’s under water. 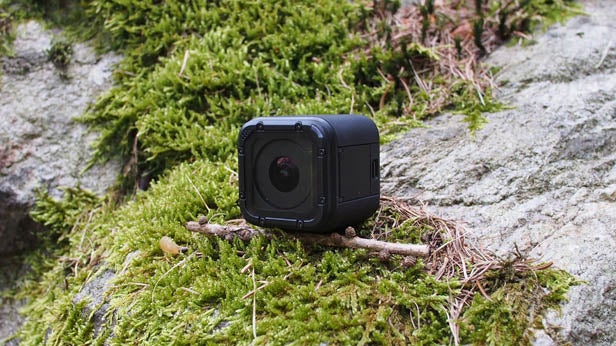 The Session has a few more tricks up its sleeve to ensure good-quality sound. There are two microphones – one at the front and one at the rear – that capture what’s happening around you.

If you’re cycling at speed, for example, the wind noise on the front mic will overpower the audio. That’s no good, so GoPro has added some clever software into the Session that reacts by promoting the rear mic in this situation. It works very well indeed and you end up with the right volume of ambient noise while still being able to hear yourself talk.

To capture the same quality on any other GoPro you need to either use it out of its housing or buy a special skeleton cover that allows you to plug in external mics. Either way it won’t be water resistant any more – the Hero 4 Session will be.