What will appeal to many about the Google Wifi is its apparently easy setup and maintenance. Just download the Google Wifi app, follow the simple instructions and away you go. 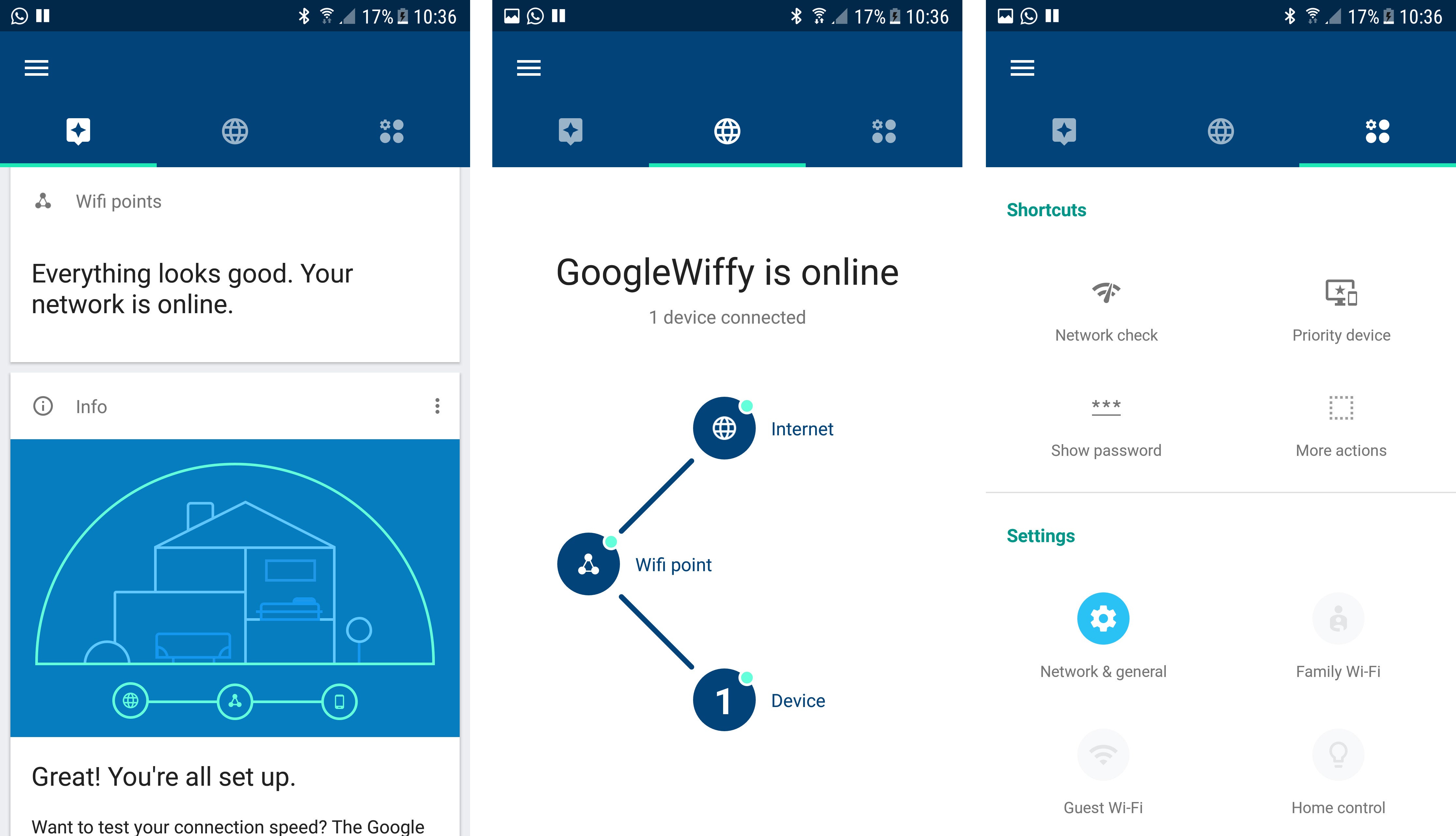 Some users may dislike that you’re forced to sign in with a Google account to get the thing up and running. This does mean you can keep an eye on your network from anywhere in the world, but those that like to keep things private may not appreciate it.

Once set up, the Google Wifi app is among the more capable Wi-Fi management apps on the market. You can create a guest network, add parental controls for internet access, and integrate it with Google Home products. That’s not exactly a torrent of extra features, but some mesh systems don’t even include basics like a guest network.

As mentioned, the Google Wifi does report back some information to Google, so that’s something to bear in mind. Here’s exactly what Google says on the issue:

Now for the technical bit: Inside each Google Wifi node is a dual-band Wi-Fi system, consisting of one 2.4GHz band and one 5GHz band. Each is attached to a couple of aerials, allowing for up to two spatial streams per band, resulting in maximum throughput of 400Mb/s and 867Mb/s respectively. That equates to so-called AC1200 Wi-Fi.

In simpler terms, the Google Wifi is no speed demon. As modern routers go, it’s pretty basic. That said, in my close-range, line-of-sight, maximum speed test, it fared better than expected.

The Wi-Fi receiver I use for testing can’t really go much beyond 500Mb/s, and so underplays the fastest routers at close range. Nonetheless, the Google Wifi’s 437Mb/s is still a good showing. 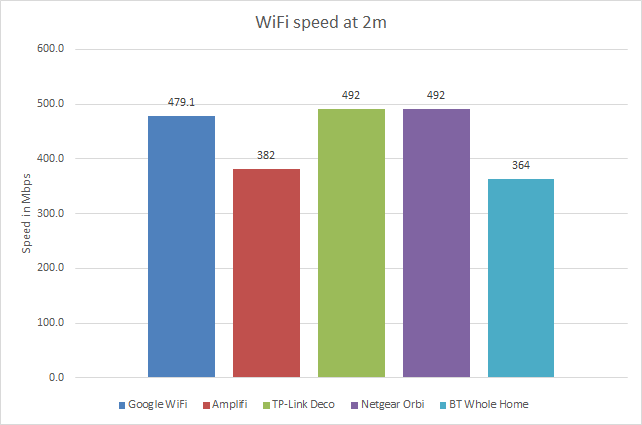 At longer range, though, the Google Wifi isn’t so impressive. My standard test setup has the router placed on the ground floor of a three-story house, with speed tests performed from the middle floor and two locations on the top floor. In these tests, the single Google Wifi unit performed poorly, coming in well behind every other mesh router I’ve tested, as well as every conventional router. 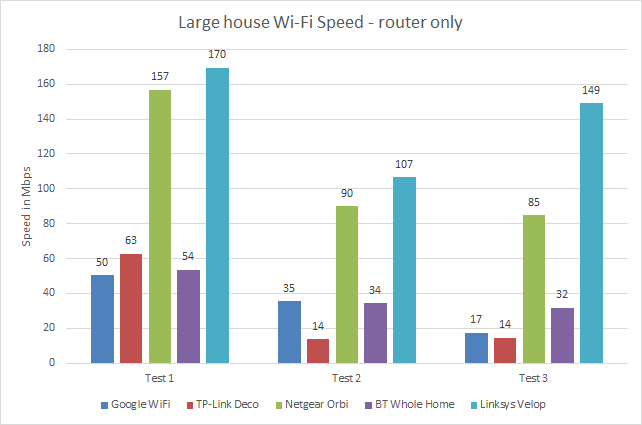 However, mesh systems are all about many hands making light work, and adding in the second node on the middle floor bumped speeds up nicely. While the Google Wifi could only manage 17.2Mb/s in the third test location with one node, with two it leaped to 68.2Mb/s.

Coverage was also consistent and reliable, and the Google Wifi does a good job of ensuring you’re connected via the fastest connection – either direct to the first node or via the second one. 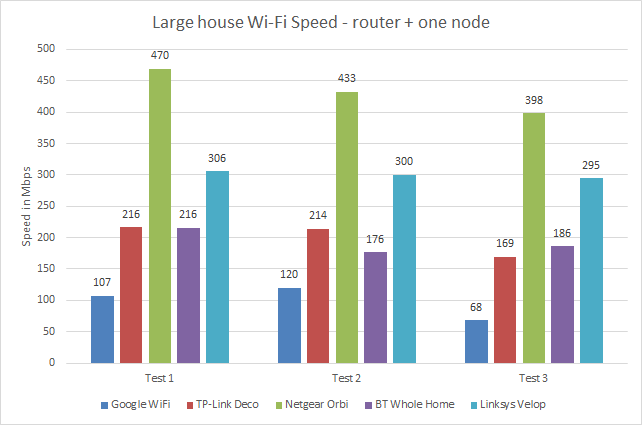 As such, the Google Wifi definitely lives up to its remit of providing usable Wi-Fi over a good distance. The problem is, every other mesh system does this too, and does so at a far greater speed.

The similarly-priced TP-Link Deco – which includes three nodes for the same price of £230 – is nearly twice as fast in all my tests. Increase your budget and this gap increases further. Meanwhile the BT Whole Home also outperforms the Google Wifi for less money, with a three-node kit costing just £200.

As such, the Google WiFi is worth a look, but certainly isn’t the bargain mesh networking system it may  seem at first. 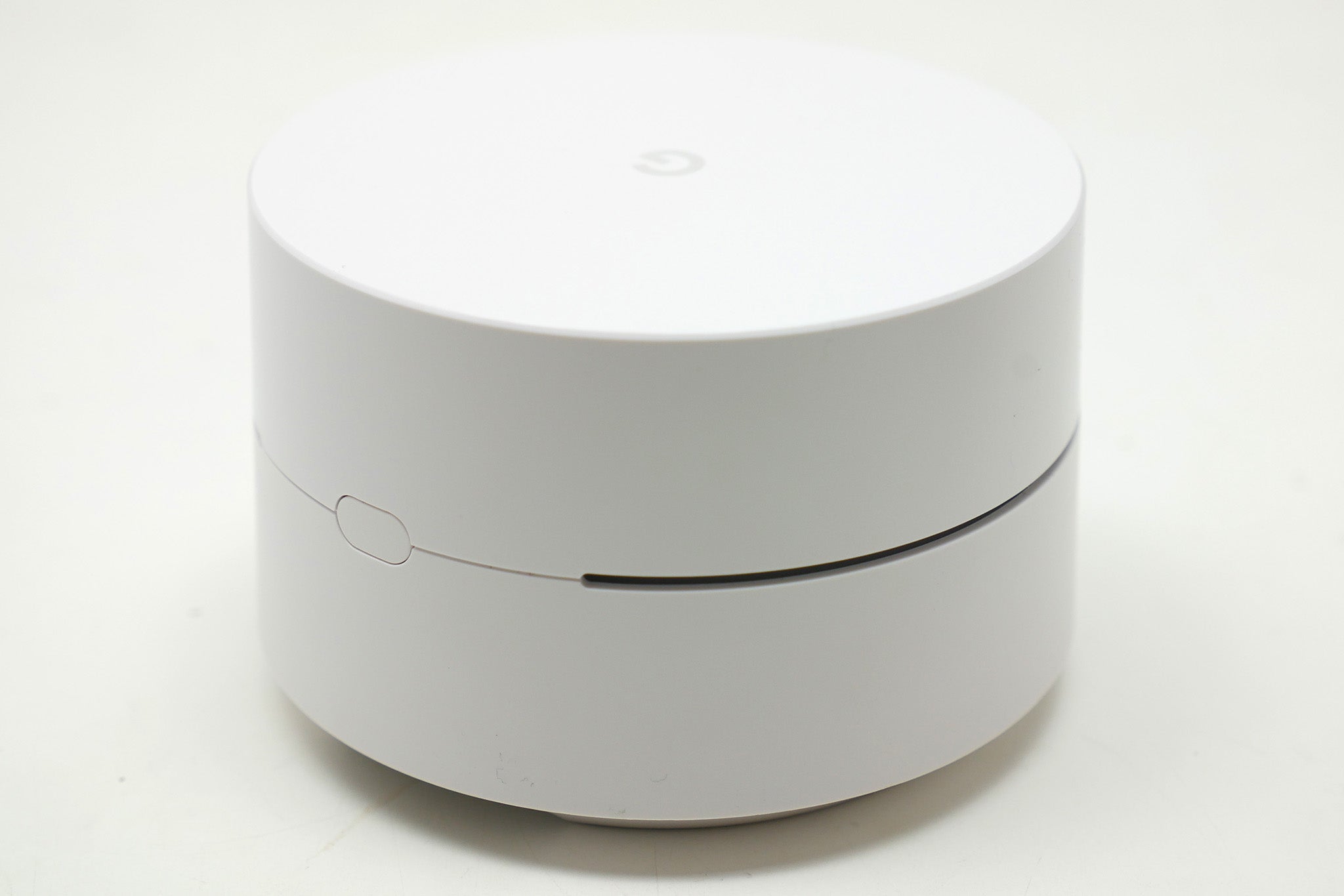 Should I buy the Google Wifi?

The Google Wifi is yet another impressively reliable addition to the world of mesh routers. If you’re looking to get consistent Wi-Fi coverage throughout your home, it’s a perfectly decent, affordable option.

However, it’s far from the fastest, and although relatively affordable, there are other options out there that offer better performance, at no less convenience, for less cash. In fact, its biggest advantage will be for those who really want to embed themselves further into Google’s Home ecosystem.

The Google Wifi may be the most famous mesh Wi-Fi system around, but it isn’t the best. While perfectly competent, other systems outclass it for both performance and value.