Google Play Music All Access is very easy to use once you get your head around the concept of having one big library of music. Each All Access section has the ability to choose between ‘All Music’ and music only stored on the device. If you don’t have it ‘pinned’ (Google’s way of saying it’s stored locally), or don’t have streaming enabled over 3G or 4G the cover artwork is faded out and inaccessible.

As is the case with most streaming music services it’s probably a wise decision to go easy on streaming over a data connection to avoid biting substantially into the monthly data allowance.

Getting your own music on there is still a painful process, especially if you are willing to take advantage of the full 20,000 track cloud allocation. You can only upload music using the desktop manager, but at least purchased music doesn’t count towards that allocation. ‘Pinning’ music to a specific device is equally an arduous process. Single tracks can take a while to upload, some took as long as 10 minutes, making the chances of quickly bundling on some new music before leaving the house slim. 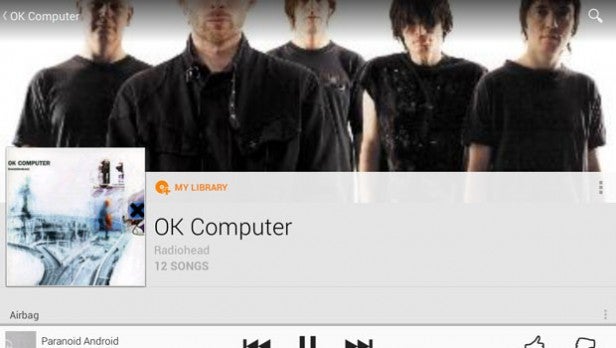 When you get to playing some music, streaming works quickly, but not necessarily instantly. Picking the Normal streaming quality serves up similar results to Spotify, of course this can fluctuate due to the reliance on having a good internet connection.

The Explore and Radio modes work better than most, picking out tracks and albums similar to our tastes. However, it’s low on any curated great playlists to help you discover new music.

One significant issue we did have was the drop in sound quality when pinning music already stored on a smartphone to the All Access app. Taking a track bought on the Amazon MP3 store and pinning it to All Access altered the audio quality making it sound distant and very murky.

It’s not bug-free either. On more than a few occasions error messages popped up claiming that there was no space left on our device to play and cache a radio station or playlist.

One advantage over some other streaming music services is the ability to use All Access on numerous devices (up to 10) at the same time. As long you are logged into your Google account you can listen to music on a tablet, smartphone and on the web without booting being booted out of any. 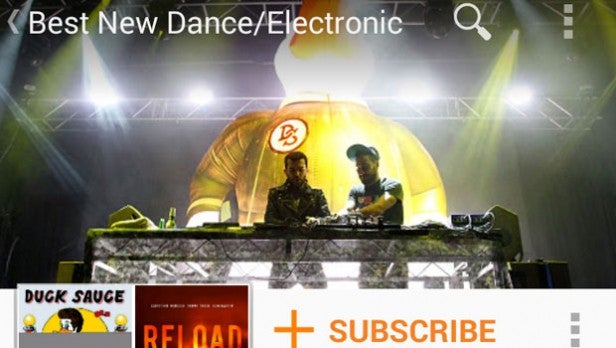 Google Play Music All Access offers a slick all-in-one solution for managing your music. If you like being able to access your music collection from any computer or Android smartphone/tablet you can. It lets you fill in the gaps in the music catalogue so you can avoid the dreadful tribute songs. If you still want to make playlists you can do that as well. If you love  discovering new music, All Access does a good job of that too.

It’s not the perfect solution just yet though. You can still only upload music from a computer using the desktop manager and it’s not cross platform. There are still some bugs present and re-pinning music affecting the sound quality is an issue too. If social features mean a lot to you, the lack of Facebook and Twitter support is sure to frustrate.

Spotify along with its ad-free £9.99 and £4.99 monthly price plans still offers a free subscription albeit littered with ads and a maximum amount of hours to listen to a month. Streaming feels faster and more seamless on Spotify. Radio and Discover have improved and the dedicated apps make it feel more than just about building playlists these days. Spotify does only allow you to store 3,333 songs offline compared to Google’s 20,000 and you can only use the account on one device at a time.

If you are an Android user, it’s definitely worth trying out the 30 day
trial to see whether Google Music All Access is the perfect fit. Google does a lot
of things right with All Access and it’s actually cheaper if you opt
in now.

Google Play Music All Access is a great way to unify all of your music all in one place. If you don’t own an Android phone or tablet, it’s worth waiting until cross platform support is added before subscribing.