The Pixel XL is a seriously fast phone, and this makes it a pleasure to use.

It isn’t going to trounce rivals in any of the benchmark tests, however. Even though it’s using the new Snapdragon 821 CPU, it couldn’t quite match the Samsung Galaxy S7 in Geekbench 4’s tests. The Pixel XL scored 1,554 in the single-core test and 4,025 in the multi-core test; the S7 scored 1,848 and 5,841 respectively. But these scores don’t relate at all to the how the phone performs in real life.

Whether it’s opening apps, browsing the web, playing games or just jumping between homescreens, the Pixel is the smoothest Android experience around.

Asphalt 8 ran without dropped frames, and loading times matched the iPhone 7 and beat the Samsung Galaxy S7. I was even able to load up RAW photos in Lightroom without any trouble. I’ve been trying to push the phone to the limit, but there doesn’t seem to be anything that causes it any problems. 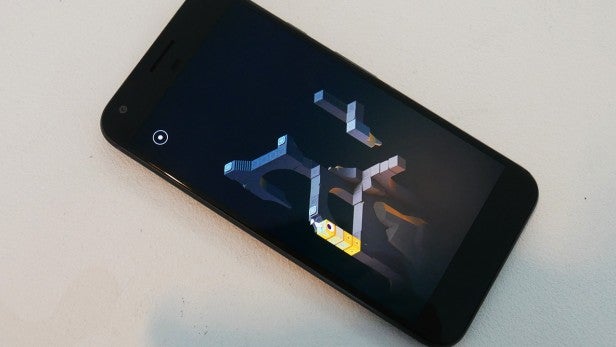 There are huge improvements to the touch-responsiveness of the display too, and it now feels like it’s on the level of the iPhone. Press down and your movement is translated into an action instantaneously; do the same thing on a Galaxy S7 or OnePlus 3, and there’s an ever-so-slight pause. You probably wouldn’t notice the individual occurrences, but you’ll certainly notice them after a few days.

The Pixel XL includes 32GB of storage as standard, of which about 24GB is available to use. Google is also offering a 128GB option, which I’d say is the better option considering there’s no expandable storage available. Call quality is great, with the mics cutting out pesky background noise impressively.

Like the Nexus phones before it, the Pixel is all about showcasing what’s best about Google’s software. The big new addition here is Google Assistant: A Siri and Cortana rival that combines Google Now, Now on Tap and a natural language-toting bot.

Long press on the slightly refreshed middle soft key and the Google Assistant pops up. Like Now on Tap, it will scan your screen for relevant contextual information, bringing up times and cinema information if you’re talking about seeing a film, for instance. But now you can talk directly to it: ask it the weather, to set an alarm, show you directions to work and so on, and it will spew out an answer much faster than Apple’s Siri. 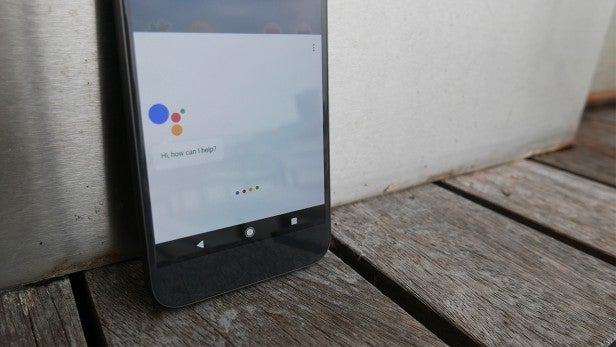 It also does a much better job at understanding me than Siri, allowing me to speak in my usual mumbled tones without throwing up a blank screen.

Like Siri in iOS 10, the Google Assistant can perform tasks in specific apps. Ask it to play a song in Spotify and it will oblige, not forcing you into Google’s own Play Music app. It’s the conversational aspect that really stands out, though. Say you’ve asked for the weather, you can follow it up with “how about next week” and it will know that you’re still talking about the weather. It isn’t perfect, though. There’s certainly a long way to go, but for a first try it’s great.

On occasion it offers up too much information – a far too detailed view of the weather, for example – and randomly it can take a while to throw up the results. I’ve also come across certain instances where the conversational aspect doesn’t work. These are all small issues that I’m sure Google will iron out.

Whether or not you make the most of Google Assistant will be down to getting past the initial awkward stages of talking to your phone. 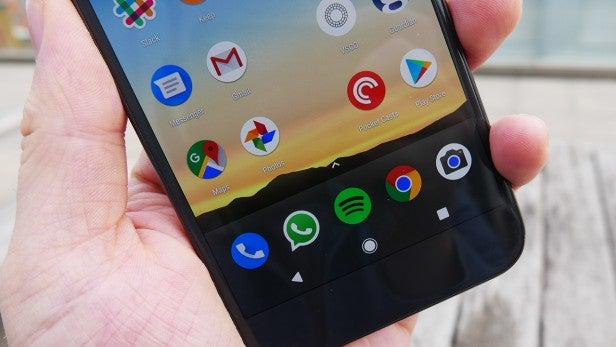 Google Assistant isn’t just coming to the Pixel, though. It’s the software the powers the new Home speaker, rival to Amazon Echo. I’m yet to see first hand how this works, but hopefully if it proves popular then developers will build support into their apps.

Unlike Nexus phones, I wouldn’t actually call the software running on the Pixel and Pixel XL “Stock Android”. Google has overlaid its own launcher on top of Android 7.1 and this is another way the Pixel hopes to stand out from the crowd.

Pixel Launcher is actually a pretty big departure from the Google Launcher on the Nexus 6P. It does away with the app drawer for a transparent pane that you swipe up from the bottom, and replaces the iconic Google search bar with a pill-shaped widget that pretty much does the same thing, just in a smaller way.

Most of Google’s own apps now have circular icons, which look a bit odd next to the ones that aren’t the same shape but at least they’re all the same size. A few of these icons now come with 3D Touch abilities; long press on the Maps icon, for example, and a shortcut will pop up. 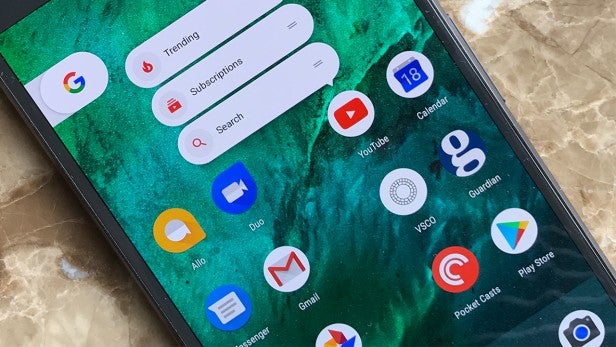 The majority of the changes in Pixel Launcher are visual, but there a couple that provide extra functionality. A new Support tab in the settings menu lets you contact Google directly if you’re having problems, and there’s a fancy new wallpaper picker. You can also swipe down on the fingerprint scanner to drag down the notifications panel.

Many will buy a Pixel because of the software, and it’s certainly one of the biggest selling points here. Android direct from Google is the simplest and best-looking of any of its forms, ditching the needless extra apps and gimmicky features of Samsung’s TouchWiz or the poor UI choices of Huawei’s EMUI. Everything is optimised as it should be, since Google controls both the software and the hardware – and that translates into a smooth and lag-free experience. You’ll receive updates and security patches far quicker than other handsets, which is another bonus.

You also get all the benefits that arrived with Android 7.0. Split-screen apps are great on the 5.5-inch display, and the improvements to Doze – Android’s way of limiting functions to conserve battery when you’re not using the phone – are clearly one reason that battery life here is so good.

In addition, replying directly from notifications is fantastic. Coming from an iPhone, it serves as a reminder to just how well Google handles such tasks.