This
is a massive improvement as, despite Google’s efforts, Chrome OS’s
reliance on cloud apps was a big hindrance and it never felt as
developed as Android.

With Marshmallow on board, this restriction
has been removed and buyers will have access to all the apps on the
Play Store, making it better for both work and play. 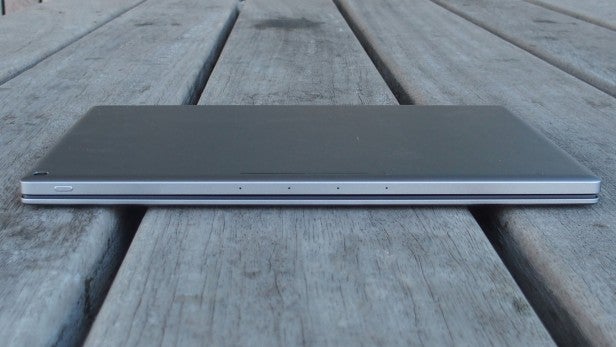 My one
concern is that most of the apps on Android haven’t been optimised for
the physical keyboard. Games don’t let you use the arrow keys to control
characters and many productivity apps still require touch input to work
properly, which is an annoyance.

Hopefully this will change in
the near future, as Google’s confirmed it’s working with developers to
add keyboard controls to Android apps.

Used as a pure tablet, Android
Marshmallow is as sweet as ever on the Pixel. The OS launched earlier
this year alongside Google’s Nexus 5X and Nexus 6P smartphones and comes
loaded with a wealth of innovative new features. The best of these are
enhanced privacy controls, a “Doze” battery-saving feature and improved
Google Now functionality.

The privacy controls let you manage
which apps can access your data, while Doze enables the Pixel C
to detect when the tablet is inactive and slowing down, or shutting off
unnecessary features to reduce power consumption. The upgraded Google Now functionality means you’re able to access it within applications by holding down the home button.

The tech is similar to that seen on the Amazon Echo speaker and should radically improve the Pixel C’s voice-recognition powers.

Utter
the magic words “OK Google” and the Pixel C will be at your beck and
call, even if it’s on the other side of the room. Having tried to
showcase Google Now’s charms while filming a video in a noisy office, I
can confirm the microphones work a treat. 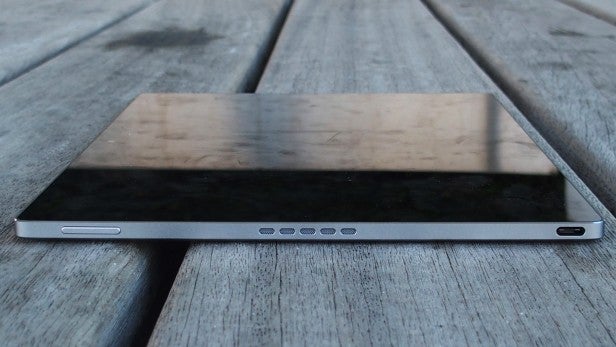 However, Android still suffers from a few niggling issues that hamper the
Pixel C’s overall appeal. Multitasking still isn’t up to
scratch on Marshmallow and the lack of multi-window
functionality rapidly begins to grate when using the Pixel C as a laptop. The dearth of optimised tablet apps in the Play Store is also still an
ongoing pain.

This combination of
factors makes the Pixel C occasionally feel like a great piece of
hardware that’s let down by unoptimised software.

The
Pixel C is, on paper, a powerhouse Android tablet.  A key selling point
is its use of a quad-core Nvidia X1 processor, which is paired with a
Maxwell GPU and 3GB of DDR4 memory.

The Pixel C benchmarks
amazingly well. I couldn’t get AnTuTu to run on it – which is likely due
to its use of the atypical Nvidia CPU. But on the more general
Geekbench benchmark test the Pixel C ran in with a 4,188 multi-core score. On
the GPU-focused 3DMark Icestorm Unlimited and Slingshot tests the Pixel
C finished with 41,400 and 2,856 scores respectively. These scores are
some of the highest I’ve seen on an Android tablet.

With
real-world use the Pixel C’s impressive benchmarks have generally rung
true. The Pixel C opens applications in milliseconds and I’m yet to find
a 3D game or task it can’t run without stutter or chug. All in all you’re
not going to find better performance on any other Android tablet at the
moment.