Streaming video on Netflix and BBC iPlayer the tablet lost between 9-12% of its battery per hour. By Android tablet standards that’s pretty good. I’ve tested tablets in the past that lose as much as 15-20% of their charge per hour when faced with the same test. 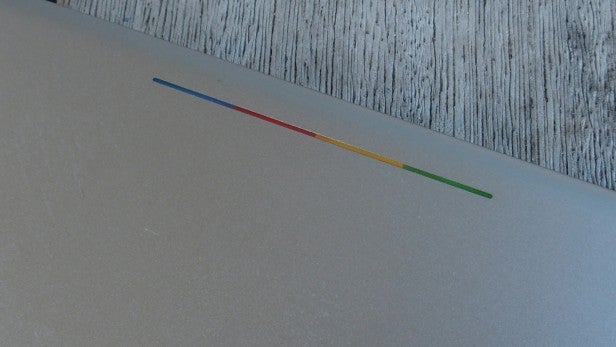 Playing demanding 3D games like Warhammer Quest, Shadow Run and Riptide GP2 the Pixel C discharged 15-18% of its battery, which again is well above average. Competing Android tablets I’ve test have lost as much as 20-25% of their charge when running games.

With everyday use the tablet’s battery life is also excellent. Even with heavy use it always managed to last three full days with charge to spare.

Heavy use included regularly checking my social media feeds, browsing the web, playing an hour of games, streaming music to my Chromecast while cooking dinner and watching a couple of episodes of Jessica Jones before bed.

Tablets’ cameras are generally nothing to write home about. Past Android and iOS camera sensors have proven capable of taking, at best, usable photos.

The Pixel C doesn’t reverse this trend. The rear 8-megapixel camera is reasonably good by tablet standards. Shots taken in regular light in the auto mode have fairly realistic colours, are crisp enough to share on social media and aren’t over-sharpened. 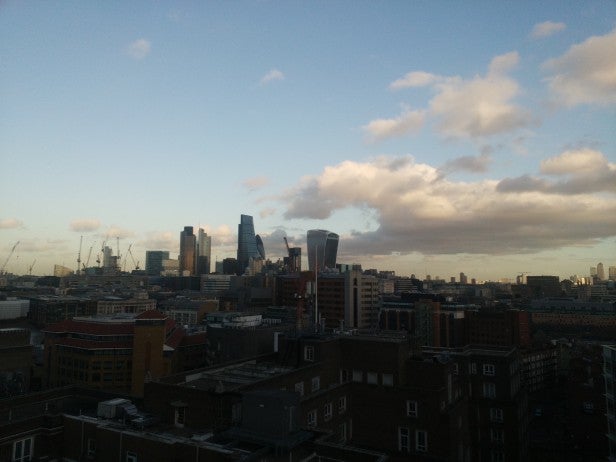 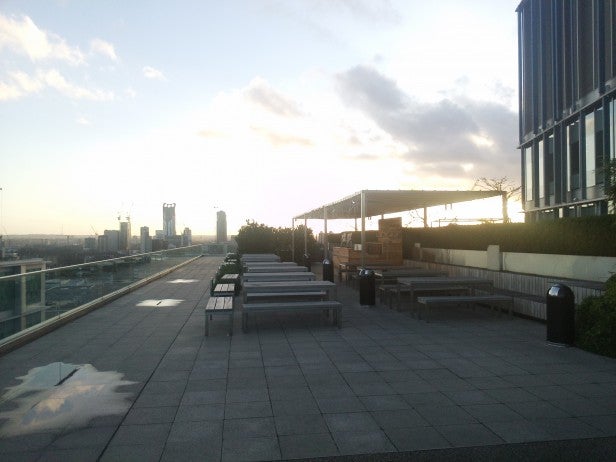 …but you wouldn’t want to rely on it

However, they do have a tendency to look a little washed out and the sensor doesn’t deal with mixed, or dim, lighting conditions all too well, with colours beginning to distort and background noise becoming an issue. This isn’t a deal-breaker, as there isn’t a tablet in the world with a camera that works well in low light.

The front-facing 2-megapixel camera isn’t going set the selfie world on fire, but is more than good enough for video calling on Skype and Hangouts.

The Google Pixel C features twin stereo speakers that run along its left and right short sides. Watching content directly in front of the Pixel C the speakers are reasonably good by tablet standards.

They don’t match the maximum volume of Lenovo’s top-notch Yoga Tab 3 Pro, which remains one of the best Android tablets for home entertainment, but they’re more than loud enough for bedtime Netflix binging.

The bass isn’t the strongest I’ve heard from a tablet, but it’s far from weak or weedy sounding. Gunfire during heated Daredevil scenes had suitable punch, and dialogue was clear and free of the muddy, or overly tinny quality I hear on cheaper Android tablets.

I also didn’t notice any distortion or noise creep in when I cranked the speakers’ volume to maximum while playing classic punk and rock music. 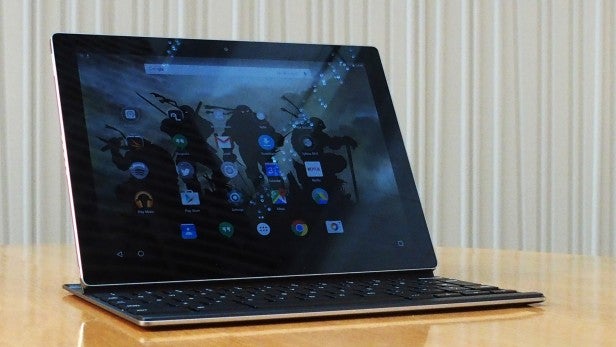 Since my original review in October 2015, I have continued to use the Pixel C as my at-home tablet and the device I take to press events to make notes on, so I felt an update how it performs with regular use was worthwhile.
First, despite the release of Android 6.0.1 for the Pixel C, I have personally found my complaint of delayed and laggy key presses has become slightly worse. It’s not a deal-breaker of a problem, but it happens regularly enough – about once per typing session – to be an irritation.
There have been improvements, too. Since my original review, I have been able to get a Bluetooth mouse to work on the Pixel C, which is very useful when working at a desk where precision control is key.
Build-wise, there has been little in the way of nasty surprises. I can’t say I’ve been the most careful owner of the Pixel C and it’s picked up a few scrapes and scuffs, but generally speaking it’s in good condition considering its workload. All the buttons still work and there isn’t any annoying, ugly dirt sitting in the small joins between the screen and the chassis.
Also worth mentioning is the next version of Android, 7.0 Nutella. If the features included in theAndroid N developer preview make it through to the final build for consumers, the Pixel C will benefit hugely, thanks to its multi-window support and better notifications system. Since this is a pure Google device, it’ll be among the first devices to get the official update, which is a huge boon. When the next version of Android officially launches, I will update this review again with my impressions of the OS on on the Pixel C.

Should I buy the Google Pixel C?

The Pixel C is a technical marvel that easily outclasses competing Android tablets when it comes to processing prowess and battery life. If you want a top-end Android tablet that can double as a small laptop, the Pixel C is the only option worth considering.

However, with pricing starting at £399 for the basic 32GB model and the keyboard costing a massive £119 extra, its perks come with a hefty upfront cost.

Considering the lack of applications that need the Pixel C’s raw muscle, there are better deals out there. The Nvidia Shield Tablet K1 costs a meagre £150 and is more than powerful enough to meet most people’s gaming and entertainment needs.

Related: The best laptops you can buy

The best Android tablet yet, but it’s let down by a lack of software optimisation.