As you might imagine, the ‘XL’ affords this larger Pixel 3a a bigger battery to boot. Unlike the standard phone’s 3000mAh cell, the 3a XL packs in a far more capacious 3700mAh battery that, in real-world use, grants the phone reliable longevity.

I consistently experienced just shy of two full days of use on a single charge, which covered everything from Netflix streaming to Spotify playback, extended perusals through Instagram, all the while receiving constant notifications from the Twitterati polling my phone. 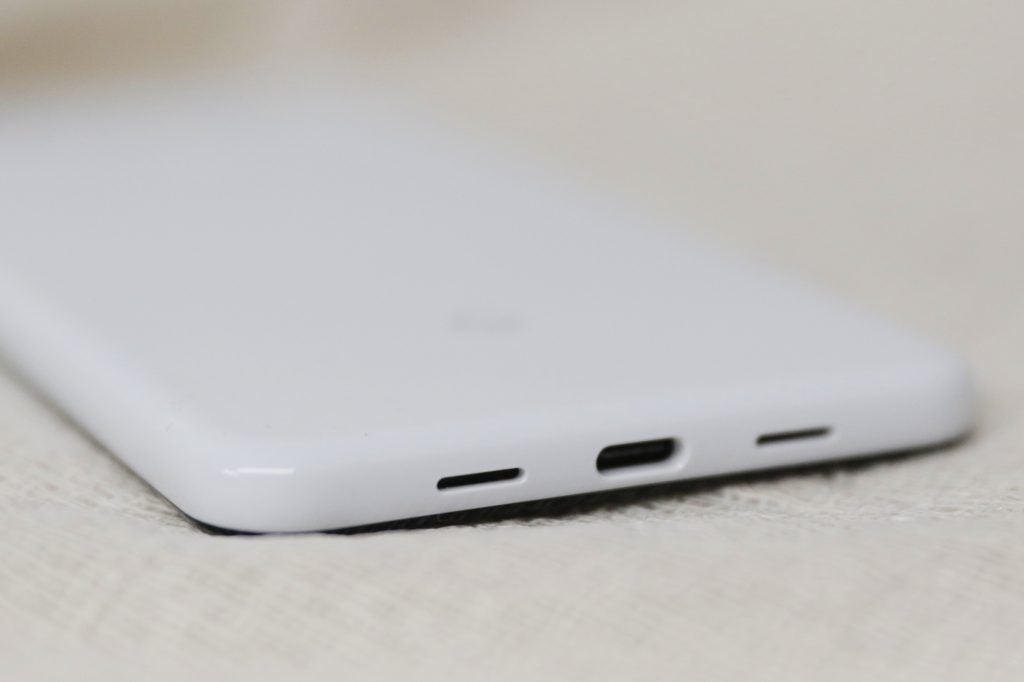 Taking into account screen-on time makes the 3a XL’s battery stamina all the more impressive, with five hours of screen-on time placing it ahead of key rivals like the Huawei P Smart 2019 (3.5 hours) and Honor 10 Lite (4.5 hours), as well as pricier devices like the iPhone XS (4 hours).

As for specific tasks, half an hour of Netflix streaming, even when jacking the brightness up to maximum (which might be necessary as a result of the phone’s overtly dim default brightness settings) only sucked up 3 percent charge, while playing an intensive game like Crash of Cars at 50 percent brightness for the same length of time consumed 8 percent of the battery’s juice.

When the Pixel 3a XL’s battery does give up the ghost, the phone comes with an 18W USB PD charger in-box, just like the ones that accompany the standard Pixel 3 and Pixel 3 XL. 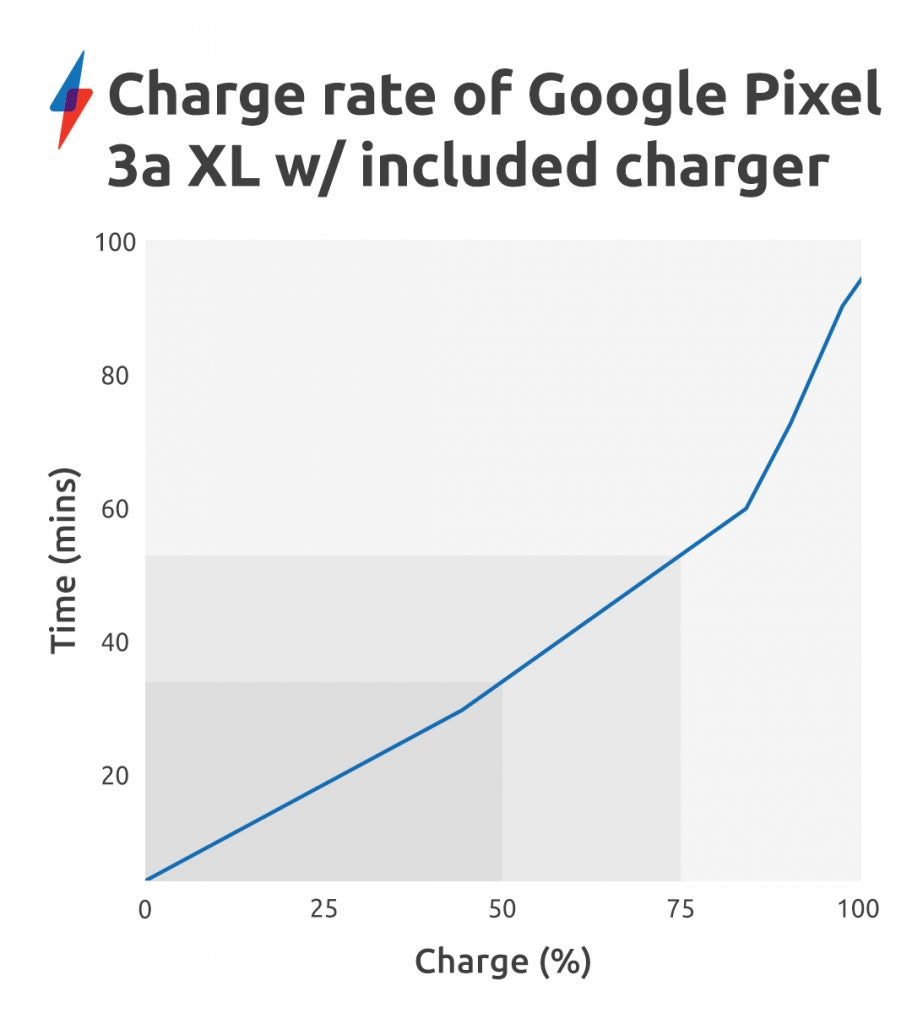 While plugged into the wall, the Pixel 3a XL takes just over an hour and a half to reach a full 100 percent, however, most of the work is done long before that point.

The phone is already at 46 percent charge after just 30 minutes, which should be enough to get most through a workday without too much trouble. Leave the phone charging for an hour and the 3a XL is already 80 percent charged.

The 18W charger isn’t the fastest around but it should feel perfectly quick for most users – if you’re after something a little speedier, the more affordable Moto G7 Plus boasts 30W fast charging, while the slightly pricier OnePlus 7‘s Fast Charge tech can refill the phone at a rate of 20W.