What is Google OnHub?

Google’s OnHub router is the first in what promises to be a long line of routers –developed in partnership with other companies – that take the complexity out of home networking. The device lacks the familiar antennae seen clinging to routers from companies such as Asus or Linksys, and relies upon a mobile application for setup.

Also unlike other routers, Google encourages users to place the OnHub in a prominent place in the home by attempting to offer up a better-looking device than its rivals.

All the while, it’s clear that Google cares most about simplicity and ensuring that even those who are new to home networking can get the router up and running within seconds.

The Google OnHub that I tested, which was developed in tandem with TP-Link, is easily one of the best-looking routers ever developed. Unlike countless other routers to be found on store shelves, the OnHub comes with a sleek design that’s actually meant to be placed in a prominent position in the home – not tucked away in an office corner somewhere.

The version I tested boasts a blue cylindrical case that can be taken off to reveal the device’s internals. At the bottom is a metal stand and at the top is a circular, grate-like cap. Underneath the hood, I found two Ethernet ports – one for WAN and another for LAN. There’s also a USB port and, according to Google, support for Bluetooth and Weave – the company’s home-automation platform. 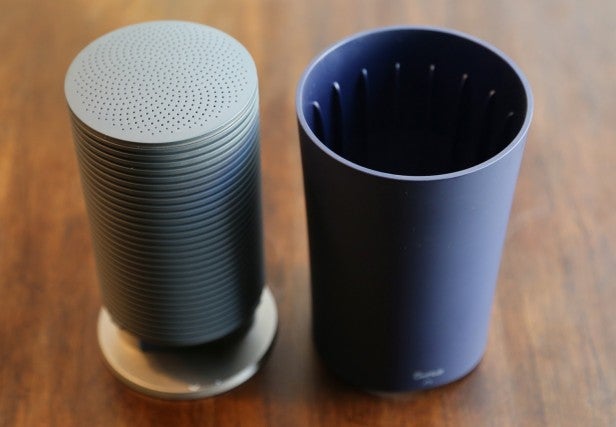 The OnHub’s design reflects the concept that Google is bringing to the table with the router: simplicity. Although there are no antennae in sight, the router is capable of pumping out both 2.4GHz and 5GHz networks without trouble. If design were the only metric by which I was judging the OnHub, it would perform exceedingly well.

But alas, there’s more to the OnHub than how it looks. I was disappointed that Google and TP-Link included just one port to connect a networked device. Considering alternatives from competitors typically come with four or more ports to tie in different devices, it’s rather odd that Google would stick with only one.

In addition, I found out quickly that OnHub is designed to live in the center of the home, which may not work for those who have a modem connected in an office or tucked away in a room further away. The 13 antennae (six for 2.4GHz and six for 5GHz, as well as one to analyse usage) built into the router completely surround the device. To get the best effect, therefore, it’s ideally place in middle of your home.

One feature I appreciated in the OnHub is its ability to provide easy access to all that’s connected to the network and provide preferential treatment to certain devices. So, if I determined that Netflix streaming was a priority, I could ensure that my streaming box would get all of the bandwidth it needed. If I wanted better access given to my PlayStation 4, I could do that as well. While not unique to OnHub, this certainly adds to the OnHub’s appeal.

The simplicity of OnHub isn’t only apparent in its design. The OnHub is the easiest router I have ever set up.

Out of the box, I plugged in the provided Ethernet cable and the power cord and hooked up the OnHub to my modem. In order to set up the device, I needed to download the OnHub app to my iPhone. After pairing the devices so they could communicate, the OnHub was set up in a matter of minutes and I was off to the races. 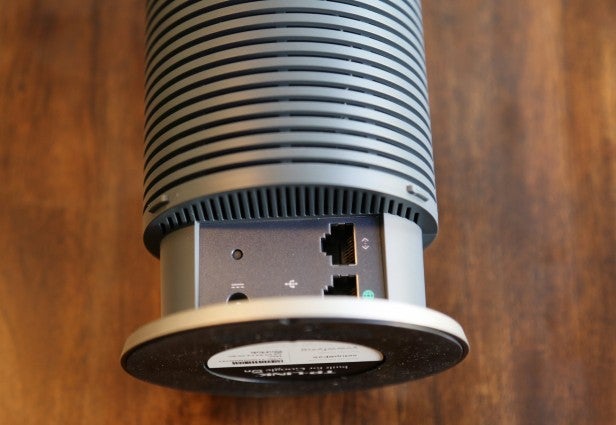 Upon opening up the software application, I was able to see all of the devices that were connecting to my network. I also had the opportunity to determine which of the devices should receive preferential treatment – a feature I employed often to great effect.

As someone who has several devices hard-wired into my standard Asus router, however, I was forced into a Wi-Fi connection on products that I’ve historically had wired to my router. This is a result of having only one available port. Hopefully Google addresses that in the future.

Overall, the OnHub setup was painless and designed to do exactly what it should: deliver to the average consumer a simple, pain-free process for getting online.

I was quite pleased with the OnHub’s range, however. While my current router is capable of delivering some connectivity to my basement, it’s typically quite slow, requiring me to add in some range extenders. When I brought my laptop downstairs, however, I discovered that the OnHub still had a relatively strong signal and was able to power through the two floors to get to me. There was a small slowdown in speed, but it wasn’t too bad.

In order to arrive at a benchmark for speed, I tested my current router through a process that analyses the speed at which it would download a file. Download speeds on my current router topped out at 221.54Mbps. It’s worth noting that the speed test was completed in close proximity to the router.

I was pleased with how the OnHub compared. During the same test, the OnHub was able to produce download speeds of 281.8Mbps, easily eclipsing my older router.

At long range, however, the results were surprisingly different. My Asus router was able to sustain speeds of 187Mbps two floors down. When I put the OnHub to the test, it could only muster 120Mbps. It’s unclear what may have caused that dip, but it was noticeable, nonetheless. 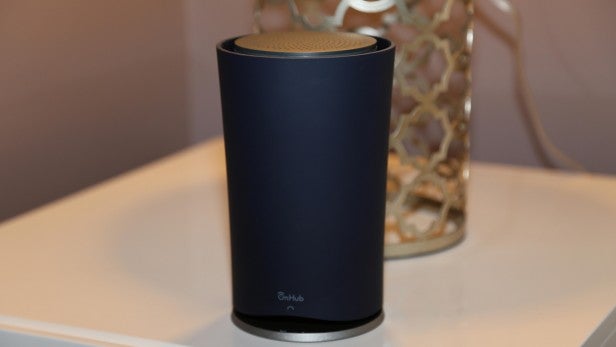 Should I buy the Google OnHub?

Unlike most routers, there’s no one-size-fits-all approach to determining whether the OnHub is worth buying. Google has designed the $199.99 device to be accessible to beginners and those who want simplicity when setting up a home network. While it certainly delivers there, the OnHub lacks key features that advanced users would expect.

So, perhaps there’s more to this buying decision than meets the eye. Anyone looking for a simple experience will like what they find in the OnHub, and if that’s combined with the quality of its experience, it’s hard not to choose it. That said, those same customers should be aware that Google launched an Asus version for $20 more that includes some additional features. It’s unknown whether that option would be better.

Advanced users need to think long and hard about the OnHub. There are certainly faster and more advanced routers on the market that don’t come with the same caveats as the OnHub. Power-users will need accessories, such as a router hub, to expand connectivity. But if they can live without it, the OnHub is a solid choice.

Google’s OnHub is a solid first stab at the router market, but with pricing starting at $199.99, the router is a bit expensive, given its lack of key features.