One of the Nexus 10’s biggest selling points is that, at 2560 x 1600 pixels, it offers the highest resolution screen of any tablet currently on the market. Expressed in pixels-per-inch terms the Nexus 10 delivers a razor sharp 300dpi – slightly higher than the 264ppi offered by its nearest rival, the 2048 x 1536-pixel iPad 4. While the Nexus 10 wins out on paper, we should point out that in actual use the difference in sharpness and detail between the rival tablets is all but non-existent with both screens scoring an easy 10/10 in this respect. 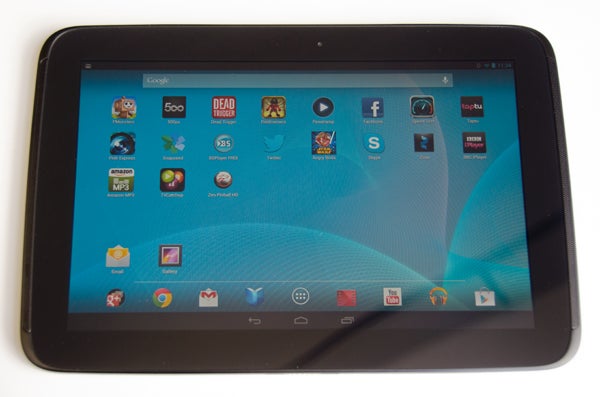 The Nexus 10’s display is so sharp even the text under the app tiles pops out of the screen.

While Apple claims that you’ll be unable to discern individual pixels on the iPad 4’s so-called ‘Retina’ screen, exactly the same thing can be said of the Nexus 10. Text is especially crisp, which makes browsing web pages or reading eBooks and eZines much easier on the eyes – make no mistake, as far as tablets go the Nexus 10 delivers a peerless reading experience. Individual characters and words remain distinct even when you’ve zoomed right out and text size has been minimised. As ever, there are a few caveats though, which is to say the Nexus 10’s gorgeous screen can make apps that haven’t been optimised for HD look pretty rough around the edges. Low-res images on the web also look pretty ropey, as does standard definition TV channels when viewed through apps such as TVCatchup. This is hardly the fault of the Nexus 10 though, and no doubt the situation will improve over time as more HD tablets are sold and more website/app developers cater more specifically for them. 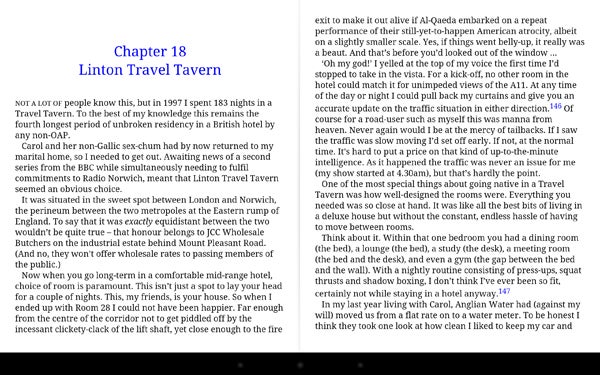 Reading websites or eBooks is easy on the eye, thanks to the crisp text displayed by the Nexus 10.

So then, aside from sharpness and detail, how does the Nexus 10’s display fare in other respects? Well with our Nexus 10 review sample placed side-by-side with a Retina iPad we were able to spot a number of subtle differences between the two displays, most notably in terms of saturation, contrast and colour temperature. We’ll list our observations in more detail in a moment, but for now the bottom line is that the Nexus 10’s screen is probably the best we’ve yet seen in a tablet. 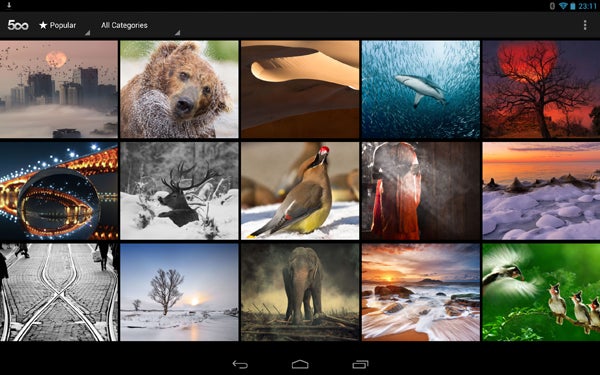 The display offers good levels of colour saturation and contrast, without overdoing things.

After about an hour of comparing web pages, graphics-intensive games and professional-grade photographs from the 500px.com website we found that we preferred the Nexus 10’s display to that of the iPad 4. Not by much, but just enough to declare it the winner. The main difference between the two displays is that the Nexus 10’s screen offers much more accurate white balance; in other words whites are whiter and colour temperature is more accurate, if a tad on the warm side. The iPad’s screen, for all its undisputed excellence, has a slightly pink hue about it and while you won’t necessarily notice this using the iPad on its own, place it next to a Nexus 10 and you’ll spot it immediately. This pink hue is especially noticeable on plain white web or eBook pages, while black and white photographs also take on a slight magenta cast. The Nexus 10 by comparison is much more faithful, and also reproduces skin tones much more accurately. 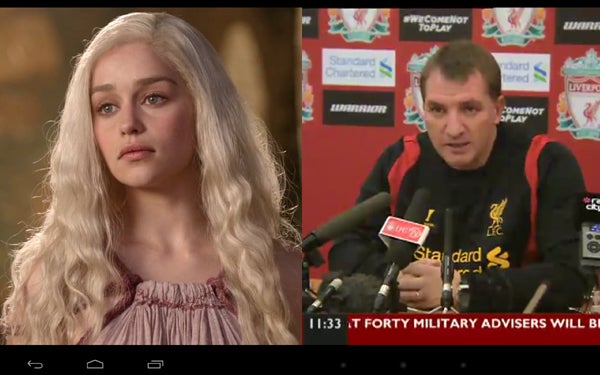 Google’s device doesn’t quite have it all its own way though. The iPad’s display does offer more colour saturation, and also reproduces greens and blues more accurately – the latter having a fairly big impact on the reproduction of blue skies in photos or movies. The iPad’s screen also offers a shade more contrast than the Nexus 10’s does. That’s not to say that the Nexus 10’s screen is lacking in either colour saturation or contrast – on the contrary, it delivers both in abundance, just not quite to the same degree as the iPad does. 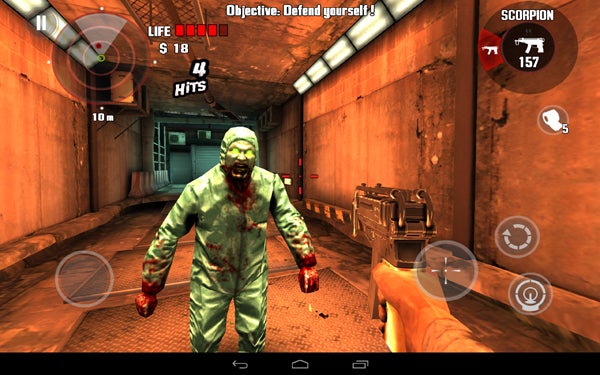 Of course, at this point you might well be asking why we didn’t prefer the iPad’s screen overall then, and the simple answer to this is that we found the iPad’s slight pink hue to be ever so slightly more distracting overall than the Nexus 10’s slightly more muted colour palette. Like we said, we’re talking really small margins here – both displays are excellent in their own right.