TVs have been getting complicated lately. It seems as if every review I do involves me getting my head round some groundbreaking new technology that might or might not turn out to be god’s gift to television. Even today I was intending to bring you a review of Sony’s 40ZX1 – the first TV with edge-based LED backlighting (enabling it to be just 9.9mm thick) and wireless HD connectivity. But, um, I couldn’t get the wireless HD system to work.


So pending a call from someone who knows about these things in Japan, I decided to turn my attentions to the polar opposite of the TV world: a 26in TV from budget brand Goodmans. 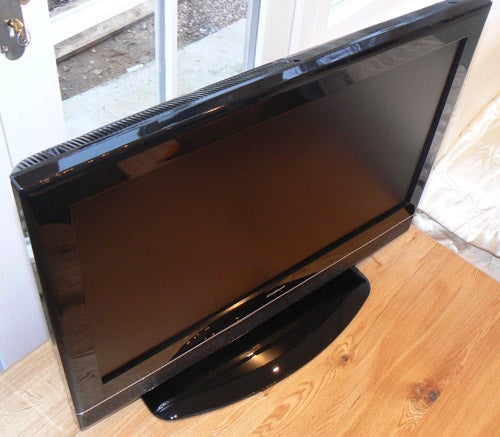 Actually, even though the Goodmans LD2667D is only my ‘second choice’ TV for today, I’m pretty pleased to be reviewing it. For it’s probably this sort of cheap and, hopefully, cheerful TV that most people will be thinking of buying in these hardest of times.


Plus I’m genuinely intrigued to see if Goodmans – and, in coming weeks, other self-consciously budget brands – can still really justify their existence now that so many mainstream brands are delivering TVs at prices that get dangerously close to treading on the budget brands’ toes.


As a perfect case in point, Toshiba’s respectable 26AV505DB 26in TV was available online for only £287.90 when we reviewed it towards the end of last year – and that’s just £18 more than the Goodmans 26in we’re looking at today. Hmm.

Aesthetically, it’s nice to see that Goodmans is at least ‘having a go’. For the dull grey plastic of so many Goodmans sets of the past has been replaced by a genuinely glossy black bezel, offset by a neat silver trim and grilled speaker section along the bottom edge. The finish is still very plasticky, and has an uncanny knack of showing up finger marks, but at least it’s not actually ugly.


Things take a turn for the worse when it comes to the TV’s connections, though. For no matter how hard I looked, I could only find a single HDMI socket when I’d expect even the cheapest TV these days to offer two. Certainly Toshiba’s 26AV505DB manages two.


Compounding this problem is the fact that the HDMI socket is fiddly to access, tucked away behind a ridge along the TV’s underside. So switching HDMI sources over as and when you need to is hardly straightforward.


The connection news isn’t all bad, though. For the LD2667D does manage a dedicated D-Sub PC port while the Toshiba model did not, and also carries both a digital audio output (for the built-in Freeview tuner) and a component video input to complete the set’s HD Ready requirement.

The HD Ready badge is sealed and delivered by a native resolution of 1,366 x 768, but this is unfortunately joined by a claimed contrast ratio of just 700:1. Compare this with the Toshiba’s 30,000:1 claim, and you can see the extent of the problem. Companies’ claimed contrast ratios can’t be trusted, of course. Everyone knows that. But it’s hard to believe that a gulf in figures as great as the two we’ve just given doesn’t point to some pretty major performance differences.


The low nature of the Goodmans’ figure also shows that unlike its Toshiba rival, the LD2667D doesn’t employ any kind of dynamic contrast system, whereby the backlight output is reduced when dark scenes are detected in order to make black colours look less grey. This is definitely a concern, since provided a dynamic contrast system doesn’t cause the image to look too unstable, TVs that use them tend to deliver much more dynamic, believable pictures than those that don’t. 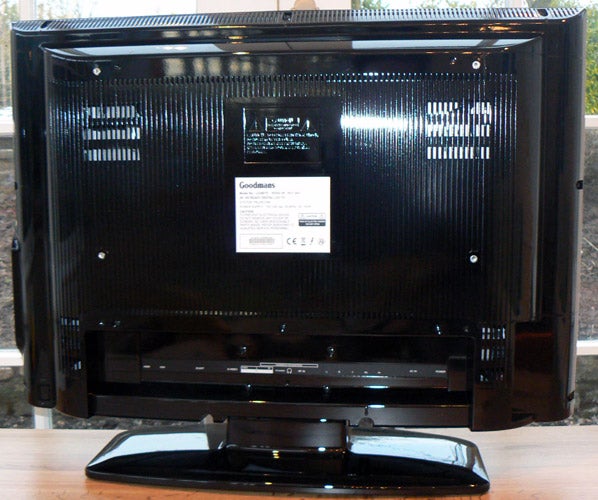 Heading into the LD2667D’s onscreen menus is a pretty depressing experience. For while the onscreen menus aren’t bad – they’re clean looking and sensibly organised – the remote control is horrible. Partly because it feels so depressingly plasticky, and partly because it’s horrendously laid out, with far too much button crowding and not enough weight given in terms of size or position to the most important keys.


Not surprisingly given its decisively budget ambitions, the LD2667D is pretty low on features. In fact, there’s really nothing noteworthy enough to bother covering here, other than mentioning that the set’s Standard factory preset is quite sensibly calibrated compared with the OTT nonsense many big-brand TVs ship with.


Much more important, though, is stuff the TV doesn’t have, such as a backlight adjustment, 100Hz, or indeed any video processing at all beyond a basic scaling engine necessary for converting both standard and high definition sources to the native 1,366 x 768 resolution.

To be honest, spending time with the LD2667D’s pictures is quite an illuminating experience – and not in a particularly good way. For the bottom line is that while watching them I felt like I’d stepped back in time at least a year or two.


The screen’s black level response, for instance, is a classic throwback to an earlier time. For wherever there’s supposed to be something approaching blackness, all you get instead is greyness, with all the depth-reducing, detail-hiding, colour-muting side effects that entails.


While watching the end credits of ”In The Night Garden” on BBC HD with my young daughter, for instance (!), the supposedly night sky looked more like dusk, so extensive was the amount of unwanted or at least uncontrolled light still pouring through the LCD panels.


What’s more, while the lack of a dynamic backlight system means that dark scenes do at least look stable, with no flickering or brightness jumps, there’s a different kind of inconsistency on show. For the backlight just doesn’t look even across the whole screen, leaving some parts of dark pictures looking brighter or darker than others. In particular, there’s an obvious (albeit very narrow) strip of leaking light along all four of the image’s sides. Yikes.

Also alarming is just how soft the LD2667D’s pictures look. This is particularly the case, of course, with standard definition sources, as an obvious lack of sophistication in the TV’s scaling systems becomes glaringly apparent. Stuff shot in controlled lighting environments, such as a news studio broadcast, can look OK. But anything shot more naturally tends to look painfully short of sharpness and detail. Not helping in this respect is the (probably inevitable) presence of motion blur, where the screen’s clearly uninspiring response time – with no support from 100Hz – means that images struggle to keep up with fast-moving objects.

To be fair, the Goodmans isn’t a really bad offender in this respect. Indeed, it’s no worse and possibly even slightly better than the Toshiba 26AV505DB. But at least the Toshiba has a stab at adding a touch more fine detail when rescaling standard definition.


Sadly, the soft character of the LD2667D’s pictures extends through to its HD performance, too. For there were numerous occasions during my time with the TV when I felt that an HD source I was watching actually looked more like a standard def DVD. In this respect, the Toshiba model I keep mentioning is clearly superior.


Yet another thing that ‘dates’ the LD2667D’s performance is its colours. For they just don’t look particularly vibrant or natural, thanks in particular to an orangey undertone to many skin tones, and some pretty pasty greens. 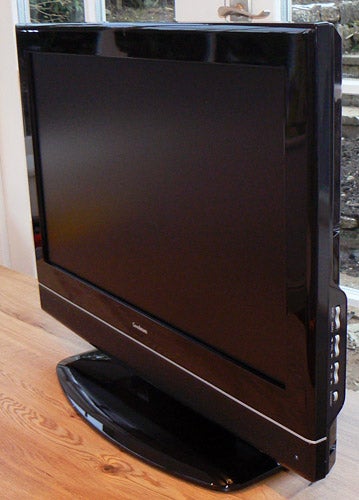 There are a couple of things the LD2667D does decently enough. One is brightness, as the image is driven out of the screen with much more aggression than is typical of the budget TV sector. The other is video noise, as the set suffers less overtly than many, much more expensive TVs with such nasties as grain or MPEG blocking when watching Freeview. Though I guess at least some of this can be explained by the image softness I mentioned earlier…


The LD2667D’s sound continues the underwhelming theme. The mid-range sounds swallowed, meaning vocals regularly appear on the verge of distorting, and a very restrictive frequency range finds treble effects and rumbling bass in equally short supply. The best thing you can say is that the TV can go louder without becoming really harsh than some other budget sets my ears have had the misfortune to come across.


I genuinely hate to say this, but the Goodmans LD2667D rather confirms my suspicions that the traditional budget brands are really struggling to be necessary any more. For where in the past the sort of deeply average performance delivered by the LD2667D could be tolerated on account of it costing loads less than big-name TVs, a saving of just £10 over a vastly superior big-brand TV like the Toshiba 26AV505 just isn’t enough. Not by a long chalk.