In the normal scheme of things, the unashamedly large scale of our home entertainment dreams tend to mean we’re not particularly drawn to TVs as small as 26in. But every now and then a 26in TV arrives that does something special enough to catch our eagle AV eye and we’re driven to getting it in for a test. Cue the Goodmans LD2661HDFVT.


As you may very well guess from its Goodmans branding, the reason this LCD TV catches our eye is a pretty shallow one: price. It’s just £350 – not far off being only half what we might customarily expect to cough up for a 26in LCD TV. What makes this price even more startling is the fact that it gets you a fully fledged HD Ready TV, not some bog-standard VGA screen. 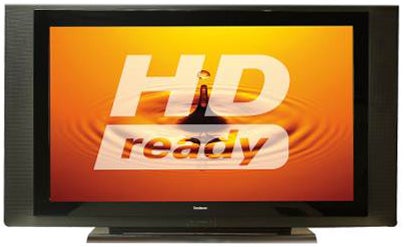 In case you’re not 100 per cent clear what this means, let’s spell it out for you. First of all, you get a widescreen aspect ratio with a native pixel resolution of 1,366 x 768. Then, when it comes to connections, you get the required HDMI and component video input options, with both able to take the necessary 720p/1080i HD image formats.


Admittedly there’s only one HDMI on the LD2661HDFVT when practically every other TV in town these days has at least two. But frankly having even one is startling enough for this money. Plus there’s some seriously unexpected further compensation for the HDMI shortfall in the form of a D-sub connector so you can double the TV up as a computer monitor; and a built-in digital tuner – the latter being something of a surprise on such a cheap TV.


The LD2661HDFVT doesn’t even look particularly cheap, sporting a reasonably solid black body as opposed to the flimsy silver plastic we might have expected it to come dressed in. 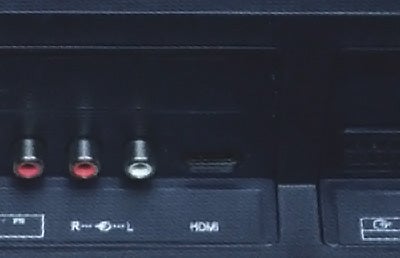 Probably the first real ‘budget reality check’ comes with the TV’s onscreen menus. These are presented with all the technological prowess of a ZX Spectrum and contain next to no features to tinker around with. Really, the only points of even passing interest are a standard noise reduction system and a Film mode that applies a progressive scan system better suited to movie as opposed to TV sources. But come on; with an HD Ready spec, PC compatibility and a digital tuner already delivering more than we think you’ve any right to expect for £350, it’s just not realistic to find anything else.


The really important question, of course, is what level of picture quality we can expect for this price. And the answer is…pretty darned low, sadly.

Essentially the Goodmans’ pictures fall flat in three key areas. First and worst, its black levels are very underwhelming by today’s standards. Trying to play some courses on the Xbox 360’s Project Gotham Racing 3, for instance, proved a nightmare thanks to the way the screen greys over dark areas. I just couldn’t see the corners coming up until I hit them. Well, that’s my excuse anyway…


When it comes to TV and film viewing, the black level problems were just as irritating. For example, during the night assault on a Berlin factory in Mission: Impossible 3 on HD DVD, it was actually quite hard to make out what was going on at times, so flattened and obscured by greyness were the picture’s darkest areas. 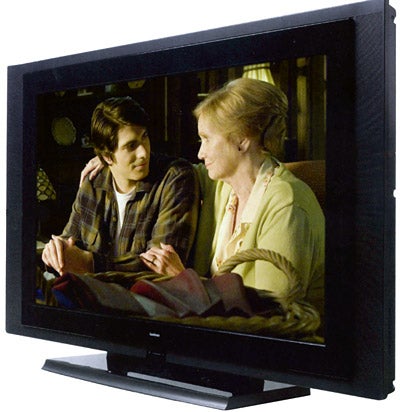 Below par black levels such as these inevitably have a knock on effect when it comes to colour tones. And so it proves with the LD2661HDFVT. Skin tones during HD movie and especially TV-tuner viewing looked pretty odd at times, giving actors a decidedly sickly pallor. And the usually sumptuously rich, vibrant colour palette of Viva Pinata on the Xbox 360 suddenly looked a little drab and lifeless – as if I hadn’t been tending to my plants and animals properly!


The last big problem concerns the screen’s susceptibility to that age-old LCD problem of motion smearing. As Bond chased down his man in the ‘free running’ sequence near the start of Casino Royale, his movement lost considerable resolution thanks to the panel’s difficulties in refreshing itself fast enough to keep up with the action. 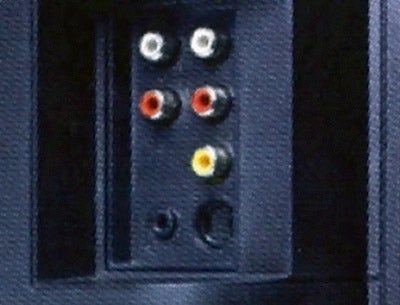 If you can be bothered to see past this fairly fundamental trio of glitches, the LD2661HDFVT isn’t wholly without talent. Brightly lit scenes with very few dark areas can look quite agreeable and passably dynamic, while very detailed HD scenes like the shots around Bud’s trailer in Kill Bill Volume 2 look surprisingly sharp (until things get moving at any speed, that is).


Oddly, it also seems to know its video scaling onions, making standard definition look rather less noisy than it does on many LCD TVs costing twice as much. However, it’s back to the grim stuff with the LD2661HDFVT’s sound. Vocals sound unrealistic and divorced from their sources, and even the most gentle of action scenes uncovers a near-criminal lack of bass.


On paper, the Goodmans LD2661HDFVT is one of the biggest bargains of this or any other year. But the reality is that while not quite a complete dog, the amount of performance compromises it asks you to make ultimately ensure that you really do only get what you pay for.