What are the Goji Collection Wireless?

The Goji Collection Wireless are affordable wireless headphones – the kind you might pick up when you realise you can’t plug your favourite pair into your new iPhone 7.

They cost just £44.99 at Currys in the UK. Since that’s a third, or less, of the price of well-known wireless sets, Goji has done an excellent job of giving them a bit of flashy flair. If wireless is only a bonus feature for you, though, we wouldn’t recommend buying them. If it’s an essential, these are a solid buy – if you can accept a few compromises. 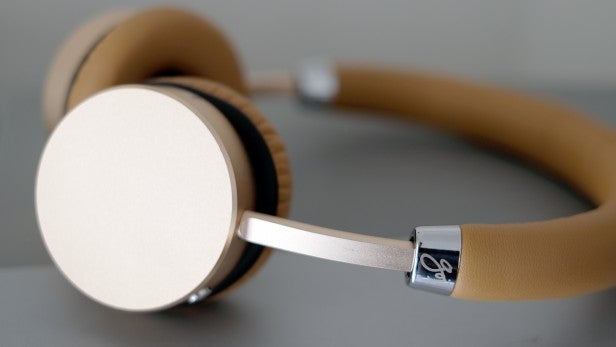 Buy affordable headphones from Sony or Sennheiser and they’ll usually be made of plastic. The Goji Collection Wireless have real aluminium-topped cups, in a shade roughly matched to the standard iPhone colours. My review pair was “rose gold”, although the hint of pink is subtler here than on an iPhone and the finish brighter, but it’s otherwise not too far off the mark.

They do their best to look like they might cost £100-plus, and don’t do a bad job. The padding is all fake leather, but it’s thick and reasonably convincing.

The one failure of the look is that the cups stick out from your head quite a way. These are on-ear headphones, so the cups sit on your ears rather than around them. 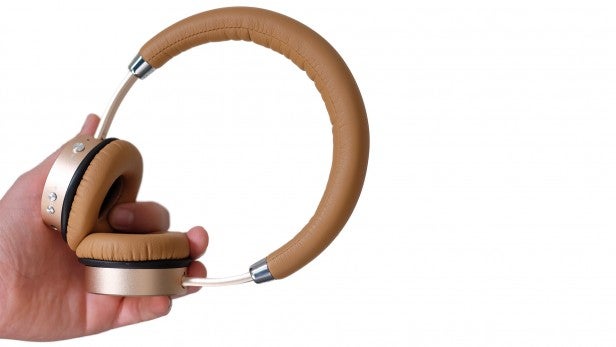 This tends to be the least comfortable kind of headphone, and the Goji follows suit, with a headband that grips your head very tight. On first trying the headphones, I thought they were going to be some of the most uncomfortable I’ve tried all year.

However, thick pads keep them surprisingly bearable for a few hours. These are still far from super-comfy headphones, but it’s only likely to be a big issue if you wear glasses. The force tends to push your earlobes back onto your glasses’ temples, which causes some discomfort after a short while.

Such a firm grip does make these among the better budget on-ear sets for runners. They’ll handle the treadmill just fine, as they’re so hard to shake off, and their sound isolation is quite good for on-ears. If you’re after an easygoing headphone, though, look for one with a lighter grip.

Other than that, they get you a spoonful of bling on a budget, but wireless is the lead attraction here. The Goji Collection Wireless are Bluetooth headphones, letting you connect to any smartphone.

There are buttons on the left cup to control volume, change tracks and to switch the set on and off and, like the cups themselves, they pay a lot of attention to their look. They’re aluminium, with embossed concentric circles on top. The function labels beside them are a bit big, but let’s remember these are sub-£45 wireless headphones; they don’t need to get everything right.

Look at the 3.5mm cable plug and the Micro USB socket and you can see the lack of finishing touches to the design, as the sockets just sit behind the aluminium cut-outs, with a slight gap between. But any luxury at this price was always going to be a thin veneer. 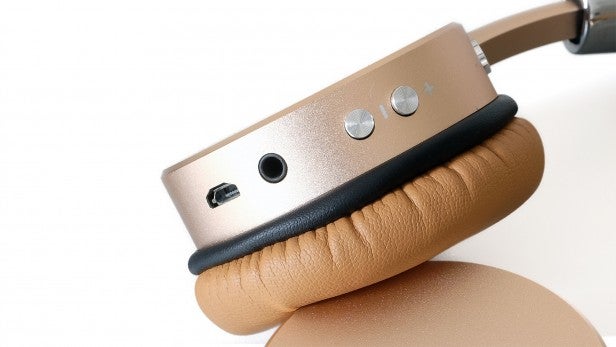 The real stinger is that wireless performance is inconsistent, seemingly dependant on how much interference the Goji Collection Wireless have to deal with. Walking around the local town centre, the headphones suffered from regular fits of digital sputtering, with no obvious cause on my part.

It would be no great surprise to learn that the Goji Collection Wireless use a fairly cheap Bluetooth chip. I’m currently testing the slightly more expensive Plattan Adv Wireless, and they have better wireless reliability.

Goji offers good provision for wired use too, though, by including a fabric-braided cable that has a one-button remote unit with an inbuilt microphone. The headphones have a mic for wireless calls, too, so whether you’re going wired or wireless, you get the full array of features.

Goji says the battery lasts for up to 10 hours, and that’s roughly consistent with my experience.

A fairly affordable pair of wireless headphones that puts a lot of emphasis on looking and feeling more expensive than they are, I didn’t have great hopes for the Goji Collection Wireless sound. However, it’s not too bad at all.

The sound is a little bassy, like almost all headphones in this class, getting you a thick tone that can take on noisy environments better than a thin or neutral one can. It’s not harsh, hard or tiring, and they seem bigger and wider than some in-ear headphones.

If you’re not going to listen to music too carefully, and are after something to stop you getting bored on the way to work or while you’re out for a run, the Goji Collection Wireless do the job just fine. Some cheap headphones have a grating element in their sound that might get on your nerves after a while, like sharp treble or super-boomy bass, but the only thing that might put you off here is that firm fit. 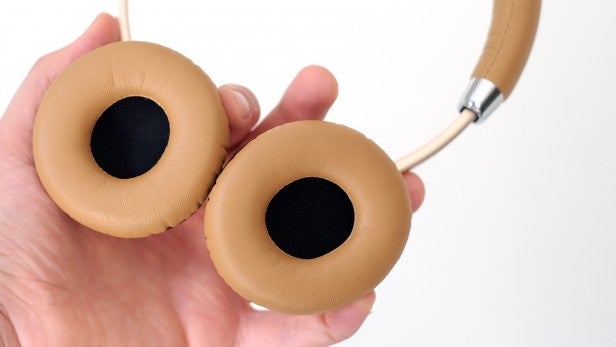 There are some significant issues that mean the sound is only OK, not flat-out good, though. And they vary depending on whether you use the cable or Bluetooth.

With the cable attached, the mids are extremely soft and lacking in detail. Vocals end up swamped in mid-bass, sounding a bit like they’ve had a wet flannel laid over them.

Use Bluetooth and the mid-range texture detail improves a lot, making those vocals stand out much more. However, the fidelity decreases a bit and there’s some minor fuzzy distortion to the treble. It’s not offensive, and I had to check it wasn’t part of the recordings to ensure it was the headphones’ fault, but it’s another sign the Goji Collection Wireless’s Bluetooth chip and DAC are of fairly low quality. 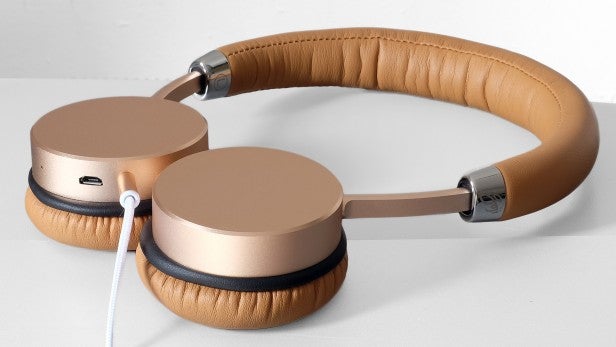 Should you buy the Goji Collection Wireless

The Goji Collection Wireless aren’t great-sounding headphones, and if you’re not in love with the idea of having Bluetooth, both the AKG Y50 and Skullcandy Grind are a much better buy. I can’t dismiss this pair, though, because what they do for the price is fairly compelling, particularly if you want a glossier look.

They’re among the cheapest Bluetooth headphones you can get, and are less flimsy-feeling than the Sony MDR-ZX330BT.

A series of problems mean we can’t fully recommend them, though. Bluetooth performance is iffy, the firm fit is not great for glasses-wearers, and while the sound is fine, you have to put up with a few issues that aren’t present in the better non-wireless headphones at the price.

Budget wireless headphones with a touch of design panache, but only passable Bluetooth performance and sound.