The only real problem with God of War III is that it didn’t leave the series anywhere to go. Once you’d clambered up the slopes of Mount Olympus and beaten most of the Greek pantheon to death, what next? It’s a question God of War: Ascension does its best to answer, but without fully succeeding. A prequel to the series, taking place before the earlier PSP prequel, Chains of Olympus, it does its best to revitalise the formula with new combat mechanics, some stunning graphics and masses of spectacle, however it doesn’t quite have the magic of its predecessors. Nearly everything you expect from a God of War game is present and correct, but something vital – some ingredient X – is missing this time around. 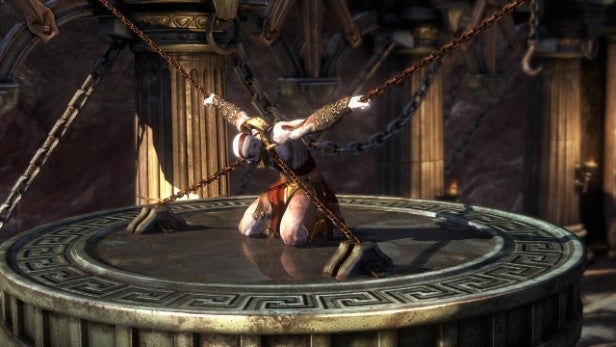 Ascension takes place before the original God of War, with Kratos up against the three Furies and questioning his oath to his master, Ares. Kratos is still a mortal at this point, albeit one of inhuman strength and power, and while he’s already wielding his signature Blades of Chaos, he’s yet to develop the powers we see in the original God of War. Ascension isn’t quite an origin story, but it does try to fill in some of the early history of the saga. That’s all very well and good, but the tale is neither particularly compelling nor as dramatic as those told in God of War I, II and III.

The series has always sold itself on epic spectacle, with a combination of Greek myth and heroic fantasy that seemed to forge the missing link between the Charles Schneer/Ray Harryhausen’s Jason and the Argonauts and Peter Jackson’s Lord of the Rings. When the first two games were released, they proved the PS2 could still deliver visual splendour to match anything on the next-generation Xbox. Ascension does a similar job here, with even more stupendous graphics than God of War III and creatures so vast they will boggle your mind, along with some truly incredible scenery. The problem is that God of War III raised the bar so high that Ascension can only just make it over. There’s still stuff here that will astound you, but maybe not quite so much as before. 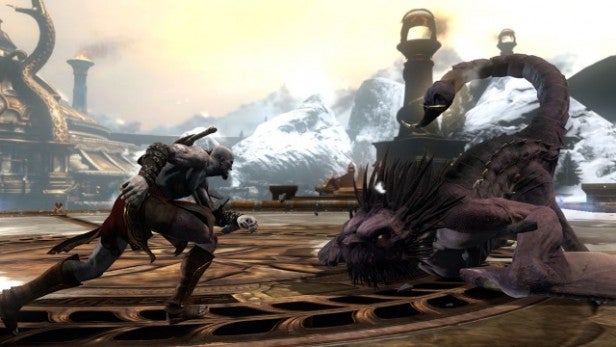 The meat of Ascension remains its combat – a deceptively simple system of quick attacks and heavy blows that can be strung together into more elaborate destructive combos, along with grappling and throwing attacks, courtesy of the chains on the Blades of Chaos. The joy of God of War’s combat has always been the sense of weight and rhythm to the action, and that’s still true now, however there’s more of an emphasis on blocking and counters in Ascension than there was before, meaning you have to think a little rather than just go wading in. And this isn’t the only change that affects the pace and feel of the action.

For a start, there are no alternative weapons as such this time around. There are short-lived clubs, slings and javelins you can pick up off the ground and use for a limited period, while the Blades are enhanced with a choice of four magical energies, adding fire, ice, electric and soul magic powers to your weapons. Different energies are more effective against specific monsters, and there are enough short-use weapons around to mix things up, but it’s hard not to pine for the rest of Kratos’ old arsenal. What’s more, you have to wait a while before Kratos develops enough skills and combo attacks to feel like the same supreme death-dealing thug of old. 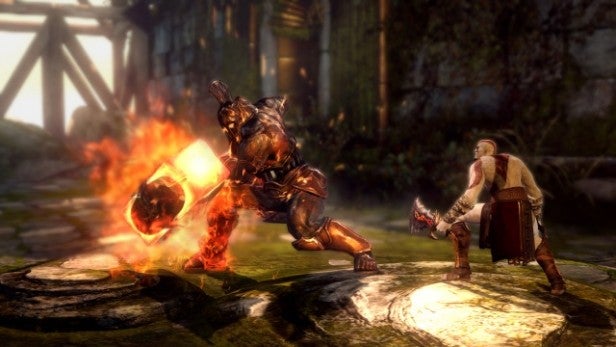 The way you use magical attacks and the rage meter has also changed. Magical attacks are conspicuously absent early in the game, so you can’t rely on them to whittle down enemy numbers as you might have in previous God of War games. The rage meter, meanwhile, now gets filled by landing hits without being hit in return, which makes it more difficult to get into the old rhythm of filling the meter then unleashing your rage when you need the extra boost.