Go Vacation’s Nintendo Switch port is actually the title’s second attempt at hitting the spotlight. This sporty mini-game compilation originally released on the Wii in 2011. While it enjoyed moderate success, it was overshadowed by Nintendo’s own attempts in Wii Sports and Wii Sports Resort, and was branded an imitator as a result.

To call it a clone is perhaps a little unfair, however, since it attempts to do things differently from the competition and similar experiences released on the Wii. Not only that, with a far less crowded library on Switch in comparison, this re-release has the chance to make the impact it was unable to do all those years ago. But is it any good? 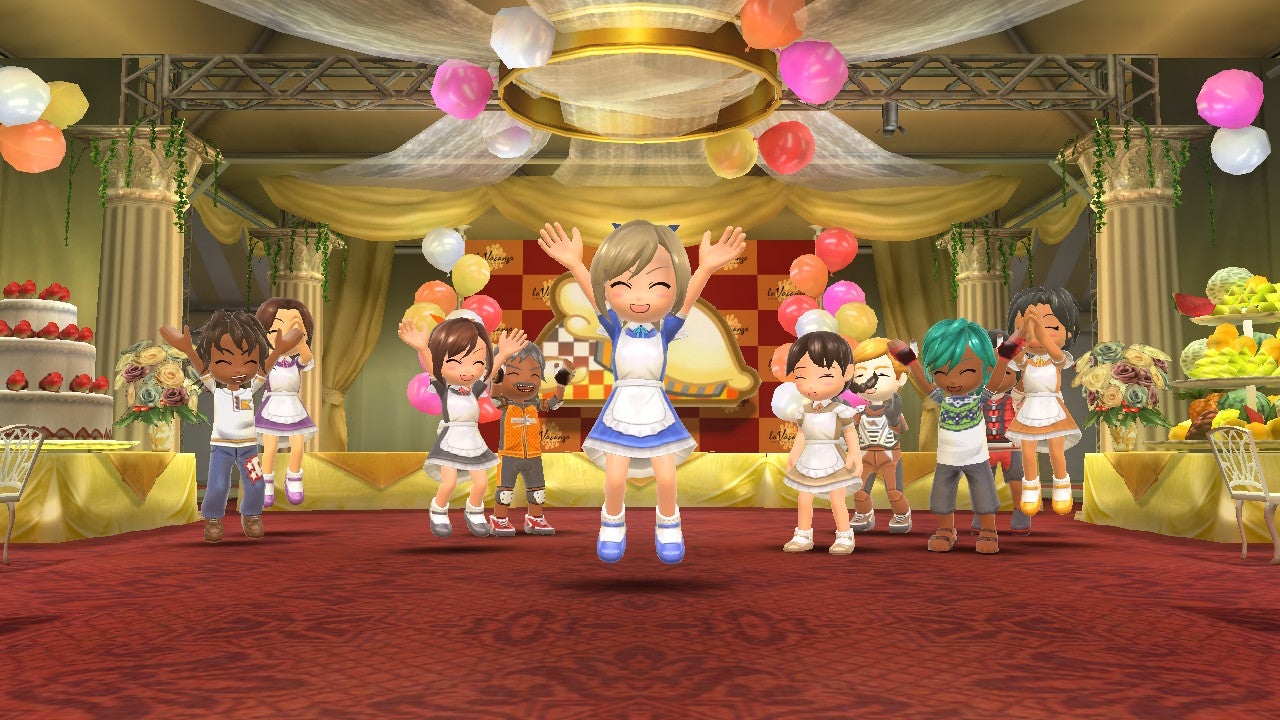 The game takes place on Kawawii Island and sees you traverse it to take part in various sports and other leisurely activities. These include dedicated mini-games and things you can do while wandering around each of the game’s multiple resorts. The island itself can be travelled around freely and is a fun place to explore, but the sports that occupy the centre are your main focus and, unfortunately, vary wildly in quality.

Some can be incredibly fun. One such event is Wheel Slider, which sees you control your character as they make their way down a twisting half-pipe as fast as possible. It’s a shame there are only three stages on offer here, as after playing each of them there’s little reason to return to it. Table Hockey and Skiing in the snowy area are other strong activities I kept returning to because of the level of fun on offer.

Other games proved painfully boring, however, or were marred by awkward controls. Take Volleyball, for example, where I found myself fighting the controls just to move my character towards the ball. Tennis was boring, because you have no control over your character’s movement while swinging. In addition, the racket is controlled entirely with a single button press, leaving it static. Sports such as Paragliding are just plain terrible.

The biggest issue is that it can sometimes feel that the aim has been to fill the title with as many events as possible, instead of trying to create a refined set of activities. There’s a huge gulf between the best and the worst, and there are too many similarities as well. While I praise the aforementioned Wheel Slider, there are also multiple sports with the same idea of racing around a track towards the goal; they really only vary by setting and vehicle.

In the end, this decision to go for quantity over quality has led to many games feeling rushed, lacking or just too shallow. Even played with others, the weaker sports aren’t fun; arguably, they’re worse and even more frustrating. Realistically, once you’ve tried them all, it’s likely that you’ll want to revisit only around half. 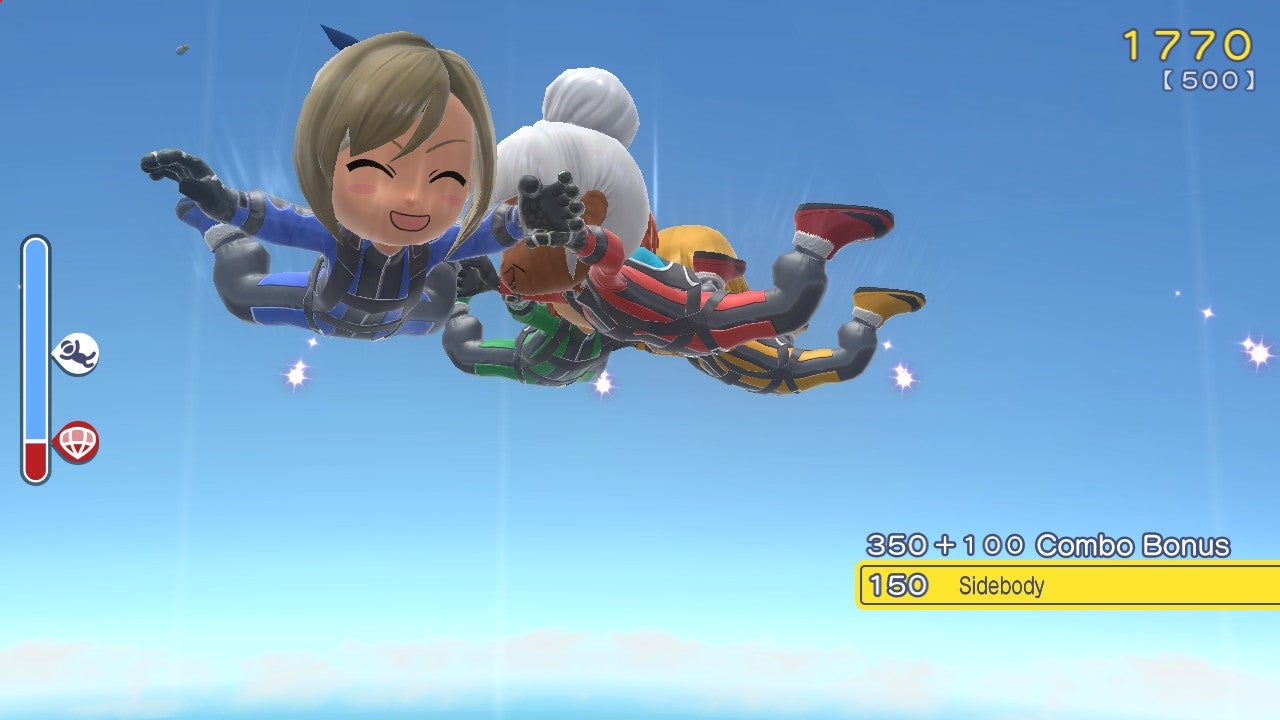 The star of Go Vacation is easily its setting, Kawawii Island. The island is split into four resorts: Marine, City, Snow and Mountain Resort (confusingly, Snow Resort is set on a mountainous ski slope). All of these can be explored as either your Mii or a customisable avatar, while each of the sports within the game can be found by speaking to NPCs dotted across the map.

You have numerous vehicles at your disposal. When you’re at the beach you can take a jet ski, or travel through the urban city environment via roller skates or on a skateboard. The best of these areas is the Snow Resort, where you can ski from the very top of the mountain to the bottom, with ample nooks and crannies to discover.

Each resort has plenty with which you can interact, and even hidden treasure chests containing cosmetic bonuses that really encourage you to try to explore every corner. Sadly, you can’t interact with NPCs; they only really move when you anger them by driving into them (which I perhaps spent too much time doing). This is the only blemish on a simplistically designed but interesting world.

After trying 20 sports, your own personal villa on the island of Kawawii opens up. Outside of sports, you can become a dog owner, eat snacks with friends, and do whatever you really want. The freedom and variety on offer was a pleasant surprise. You can even travel around the island with a friend in multiplayer, and the havoc caused while doing so proves more entertaining than the sports themselves. 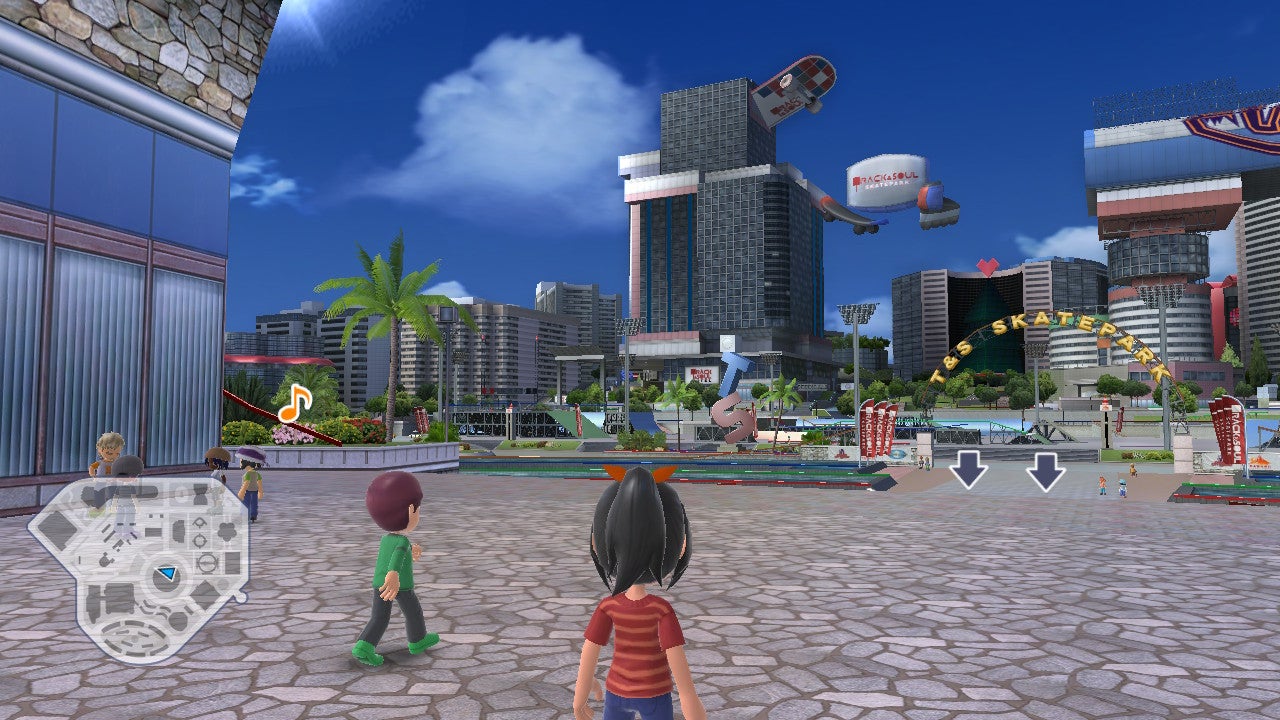 Just messing around in this mini-sandbox, finding the secrets within, taking pictures of animals to fill out a photo album, were by far the highlights of my time playing. It’s something that Nintendo always teased with its own Wuhu Island, in games such as Mario Kart 7, Pilotwings and Wii Fit, but never allowed you to truly do – and even then, in comparison to Kawawii Island it feels barren.

I appreciate the effort that’s been put into crafting these places and filling them with side content that feels meaningful. The issue is that, with little purpose, it can all become a bit tiresome. And then, these sports, which are billed as the game’s main selling point, become the focus. In the end, they bring the whole package down.

Then there’s the issue of pricing. This game is simply too expensive. Even with some fun sports and numerous places to explore, it can’t justify that £40 price tag. At £20, I could easily recommend Kawawii Island alone, but that isn’t what’s on offer here.

Go Vacation is a game of two halves. The sports, which are given front billing, are mostly lifeless, with only a few standouts. Kawawii Island, however, is a surprisingly exciting sandbox filled with collectibles and challenges to complete that will easily see you while away numerous hours.

If the sports were improved and more fleshed out then I’d have been recommending this title for sure, because of its setting in Kawawii Island. In its current state, however, I’d wait for a price cut.