If you take your photography seriously, the most useful accessory you can get is a good solid tripod, and they don’t come any more solid than this remarkable piece of equipment from veteran Italian manufacturer Gitzo. The Traveller 2 is a lightweight tripod designed for outdoor use, with a unique design that makes it more compact in its folded form than any comparable tripod of its size. It is an ideal choice for wildlife and landscape photography, but you’ll have to be a pretty dedicated photographer to choose it. The Traveller 2, sold as a kit complete with a GK2580TR ball head, costs a hefty £599.95, more than double the price of comparable products from other manufacturers, such as the Manfrotto 190CXPRO4. 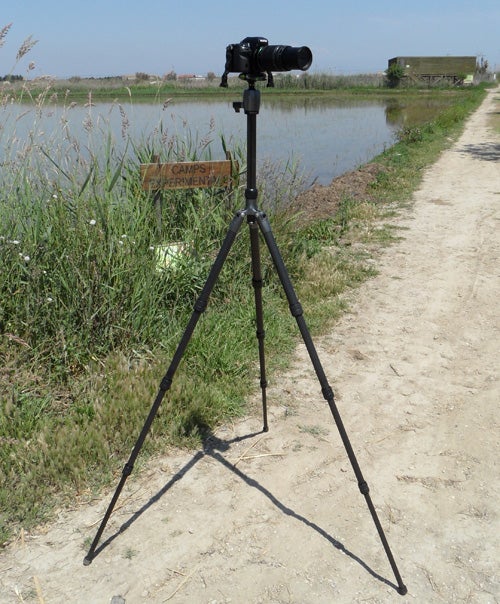 Although that is unquestionably a lot of money for something that is essentially three legs and a few metal castings, when you handle the Traveller 2 you can see where the money goes. The sheer workmanship and build quality is immediately apparent and immensely impressive, and the ingenious design and attention to the smallest detail reflects decades of product development and refinement. Compared to a Gitzo most other tripods look like cheap toys. 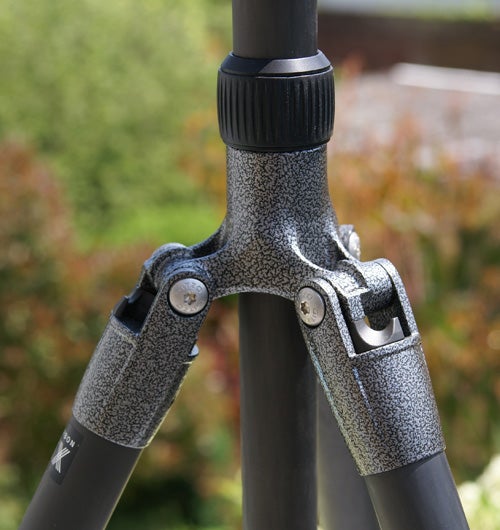 The price is also reflected in the build quality. The four-section leg tubes and the centre column are made from a specially woven and technological advanced aerospace quality six-layer carbon fibre material that is unique to Gitzo, with greater strength, rigidity and vibration absorption properties than those of competing manufacturers. The head and pivots are cast from lightweight magnesium, while the ball and socket are coated with PTFE, for low friction and superior control. The finish of the components is superb, with scratch-resistant coatings on the metal parts and a smooth matt surface on the carbon fibre. I tested the Traveller 2 on holiday, using it extensively while shooting wildlife in Catalonia, and it came back without even a scratch.

The Traveller 2’s compact folded dimensions are made possible by the unique way that legs fold up. By releasing the locks at the leg pivots, the legs can be folded upwards so that they overlap the centre column and GK2580TR ball head, nestling into indentations on the side of the head. This means that despite its impressive 1.54m full height, when folded away it measures just 43cm including the head. Compare this to the 61cm folded length of the Manfrotto 190CXPRO4 when fitted with the lightweight 460MG head.

The details of the design are also very impressive. The newly re-designed Gitzo G-Lock leg and centre column locking mechanism allows the telescopic joints to be locked solid or released with a quick half-twist, and have a unique “gravity lock” system, so that the greater the vertical load applied to them the more solid they become. The legs of the Traveller 2 can be extended and locked in just a few seconds, more quickly than lever-locking legs, such as those of the Manfrotto 190. The legs can be set at two different angles for normal full-height use and for wider-spread, lower positions. The standard rubber feet can be removed and replaced with optional snow feet or spikes 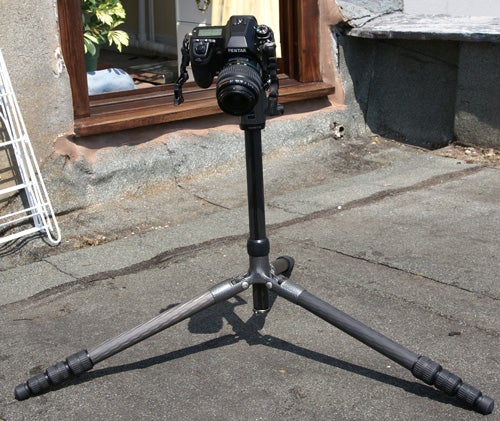 The GK2580TR ball head supplied with this kit is also a superb piece of kit. It is made from cast magnesium coated with a scratch-resistant crackle finish, and weighs just 392g. I’m not usually a big fan of ball-and-socket type heads, but the GK2580TR is a pleasure to use. The low-friction PTFE coating on the ball and socket and the large locking lever mean that it is possible to carefully regulate the freedom of movement, so for example when photographing wildlife you can set it to be just loose enough to pan the camera to track your subject, but still still firm enough to be assured of a steady shake-free shot. 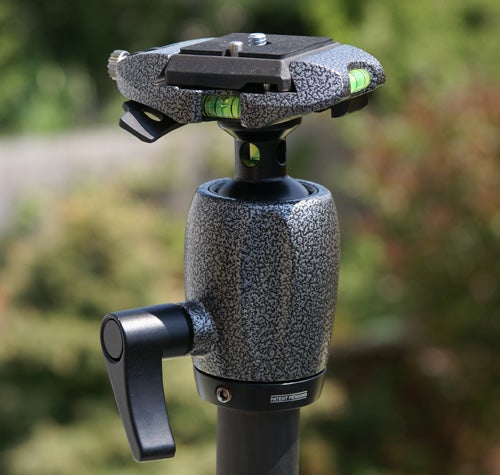 The head has no less than four built-in spirit levels, including one inside the middle column which can be used when shooting in portrait format. The kit comes with a small selection of tools to disassemble it for cleaning, and a small tube of PTFE lubricant to keep it operating smoothly.


The only part of the head I’m not particularly keen on is the quick release mechanism. Like most pro tripods the Gitzo has a removable mounting plate, although unusually this one is square and can be mounted in any of four directions. It is held in place by a two-part latch mechanism, with a spring-loaded quick release catch and a stronger pressure clamp which can be adjusted by a screw on the side of the head and released by flipping a wide paddle-shaped lever. It is very secure, but compared to the simple but reliable locking catch used on Manfrotto tripods it is somewhat fiddly. 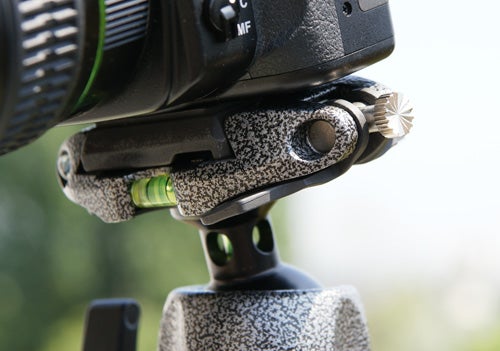 Despite this very minor niggle, the Traveller 2 with the GK2580TR head is without a doubt the best tripod I’ve ever used. It provides a rock-solid support for cameras weighing up to 7Kg, which is more than enough for a full-frame DSLR with a big telephoto lens, the standard kit for most wildlife photographers. It even comes with a full five-year warranty on all parts and materials. It’s hard to think of any way in which it could be improved, apart from halving the price.

The Gitzo Traveller 2 GK2580TR kit is unquestionably one of the finest pieces of photographic equipment on the market, and is perfect for travel, wildlife and landscape photography. The design, build quality and performance are all of the highest standard, and it is guaranteed to provide many years of reliable service. It is enormously expensive, but as all keen photographers are aware, if you want the very best you have to pay for it.