If you are serious about photography then a good quality tripod is probably the single most important accessory. Ideally, it’s always worth investing as much as you can on one, thereby making it a long-term investment that can grow with you as your skills improve and your camera bag fills up with ever-more exotic lenses.

Traditionally, Gitzo has always catered for the premium and professional ends of the market, while other quality manufactures such as Manfrotto and Giottos have catered more for enthusiasts. As such Gitzo tripods tend to come with the kind of premium price tag you might expect of a luxury or professional-grade product, and the GT2540F is no exception. 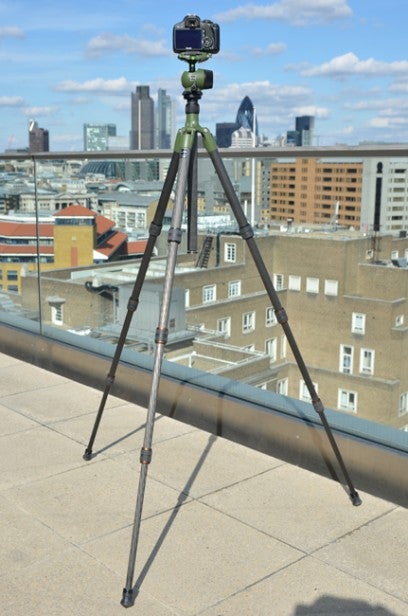 Gitzo has a long history of producing carbon-fibre tripods, having been the first company to do so, in 1984, with the launch of its Mountaineer range. The GT2540F here is from the company’s recently launched ‘Safari’ range of outdoors tripods, which are specifically designed with birdwatchers and wildlife enthusiasts in mind.

The main talking point with the GT2540F is undoubtedly its carbon fibre
legs. They’re made from a unique 6x carbon fibre weave design that’s
intended to maximise strength and rigidity while dampening vibrations
and keeping weight to a minimum. The crown and hinges, meanwhile, are
made from machined aluminium alloy that has been finished in a
camouflage green coating of hard-wearing paint. 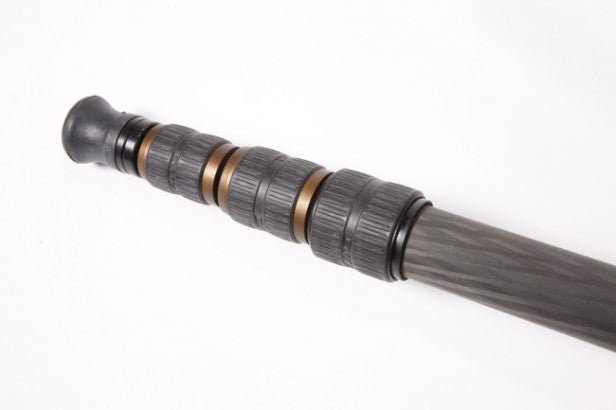 Each leg contains
four sections, each of which uses Gitzo’s own twist-operated
G-lock/Ocean-lock locking mechanism. This means they are fully sealed
against dirt, grime and sand, allowing the GT2540F to be used almost
anywhere – in rivers and on beaches, and in muddy field and forests. A
small amount of water can get in, but is ejected when you close the legs
up afterwards. As there’s no exposed metal, there’s no chance of
anything rusting either.

The leg locks themselves are easy enough to operate, quickly locking shut when turned in a clockwise direction and just as quickly opening again when turned anticlockwise. There’s no need to apply any great force or pressure either, as each lock shuts tightly with only the slightest rotation. This makes adjusting leg length a quick and easy process – you can literally have the tripod from fully closed to fully open in less than 20 seconds.

While not quite silent, it remains a relatively quiet tripod to operate. Extending or retracting legs does produce a bit of internal noise – mostly the sound of pressurised air escaping – but given the dampening properties of carbon-fibre (compared to aluminium), the GT2540F is pretty quiet overall – something that’s definitely worth bearing in mind should you be working from inside a hide or at close quarters, where excessive noise could frighten your subject(s) off. 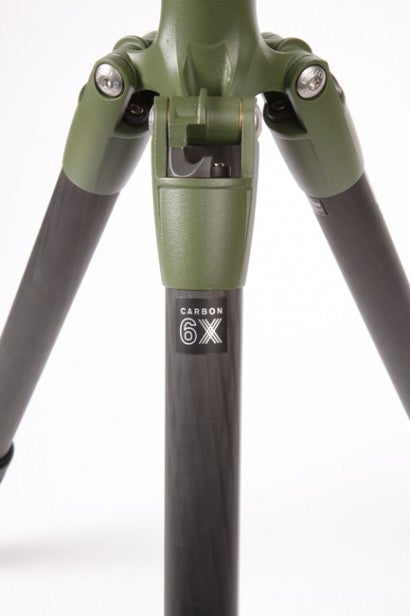 The GT2540F is designed to support weights of up to 12kg, which is more than enough for a full-frame DSLR fitted with a large, professional-grade telephoto lens. Should you be using anything smaller than this then it’s worth noting that Gitzo also makes a slightly less full-bodied version of the GT2540F – the aptly named GT1540F – which can support up to 8kg.

Briefly, the GT1540F is another four-section tripod from the Safari range, but with thinner legs. It doesn’t offer the same degree of on-the-fly flexibility that the GT2540F does, with only the one leg-angle position available without the aid of a Philips screwdriver. It does, however, benefit from the same 6x carbon fibre construction as its bigger, more robust brother. Weighing in at 1.15kg (compared to the GT2540F’s 1.45kg), the GT1540F currently retails for around £540. 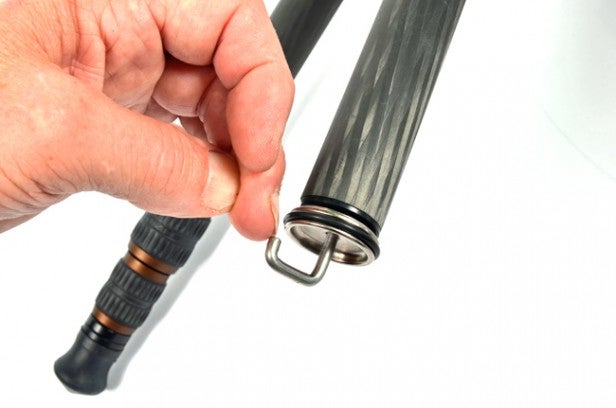 Should you want to add a little bit more sturdiness to the tripod, for example when shooting in windy conditions, then in keeping with just about all Gitzo tripods there’s a neat little hook at the base of the centre column that can be used to hang a bag or other weighty object from. It’s a simple yet effective little touch that can really help out in tough conditions.

There are two leg-angle positions, with a single thumb-operated switch at the top of each leg allowing you to choose between the legs regular position or the more splayed alternative. Ideally we’d have liked to see a third angle, midway between, although we can see how that might’ve been difficult to engineer.

Overall, adjusting the tripod to fit whatever situation you happen to be in is a pretty quick and painless process. Nothing is overly stiff or awkward to adjust; rather everything is simple and intuitive, which frees you up to concentrate on taking photos. 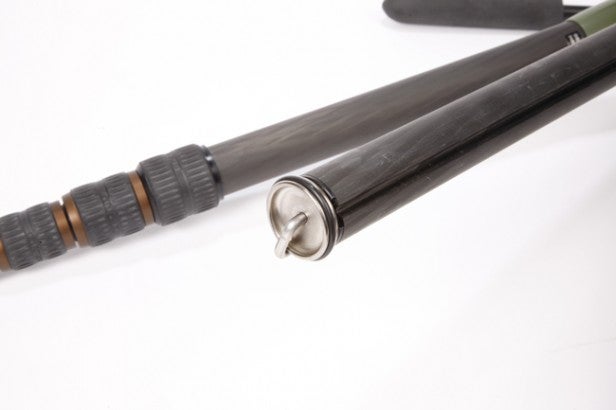 Should you wish to get right down to ground level, you can remove the centre column altogether and then use the hook assembly to hold the top plate in place. Better still, the screw in the top-plate is reversible, which means you can use the 3/8-inch end to attach a tripod head to the top-plate in the normal way, or flip it round and just screw your camera directly into the ¼-inch end. Either way, it’s yet another neat engineering solution from Gitzo.

While Gitzo claims a highly respectable minimum folded length of 55.5cm without any head attachment, we found that by fully extending the centre column and folding the legs back on themselves we were able to achieve a minimum carrying length of 47cm. You’ll need to pack the head separately mind.

Verdict
Ok, so it’s not cheap – far from it, in fact. But with tripods as in other walks of life, you get what you pay for. And here, your money is buying you an ingeniously designed, exquisitely engineered tripod that’s both extremely durable and highly flexible, as well as being especially light and portable. If you can afford one, then there really isn’t anything to fault here.