Unless you’re in the market for a cheap all-in-one from the bargain rack at your local Jessops, chances are you’ll need to mix and match your choice of tripod and head. 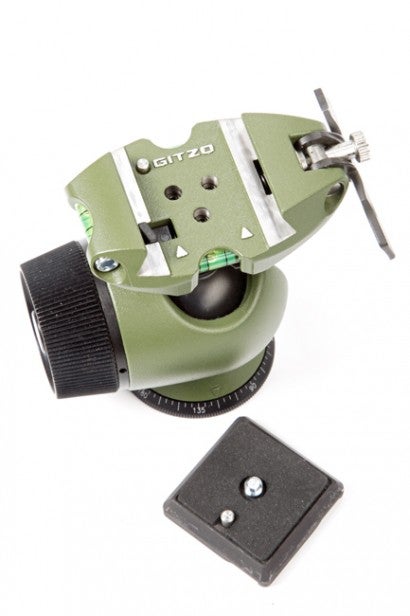 The Gitzo GH2780FQR is a precision-engineered magnesium ball-head from
Gitzo’s outdoors-orientated Safari range. Being a Series 2 (which,
ultimately, just means it’s more robust than the Series 1 model) model
it’s an ideal match for the GT2540FT tripod we’ve also reviewed. In
fact, it’s the very same head we had attached while we were out and
about testing that particular tripod. 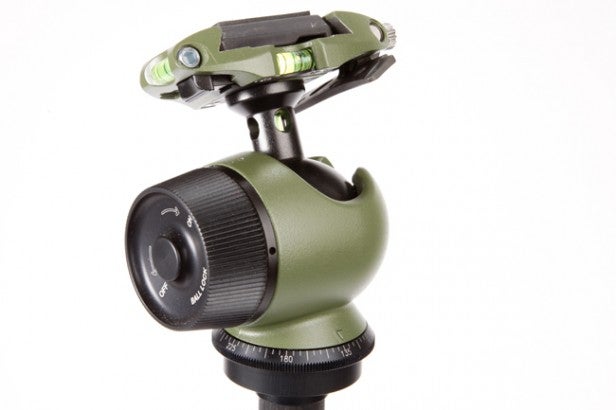 Having this independent control over panoramic
movement is really helpful because it enables you to use a mounted
camera in either landscape or portrait orientation with complete freedom
of movement. In addition, three built-in spirit levels can be used to
ensure level horizons before you start shooting.

The GH2780FQR’s locking system uses Gitzo’s own Spring Assisted Double Lock (SADL) mechanism that’s designed to maximise locking power and ball smoothness. The ball-head itself and its immediate encasing are both treated with polytetrafluoroethene (PTFE), which happens to have one of the lowest friction coefficients of any known substance. In practice, this allows the ball-head to move extremely smoothly within its encasement, without any friction or juddering whatsoever, even when the lock is semi-tight. 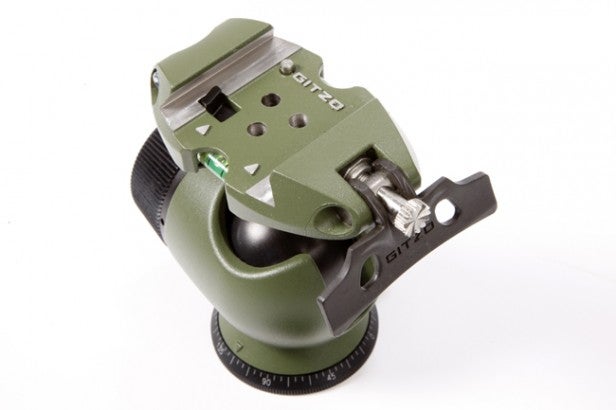 The lock itself is operated by the large ridged dial on the side of the ball-head and is extremely sensitive, allowing you to set just the right amount of resistance for the weight of the DSLR and lens you have attached. Going from free to locked-tight takes just over half a rotation, which in practical terms means you can lock your camera off with a little more than a deft flick of the wrist.

Of course, this being a ball-head design, precise millimetre by millimetre framing isn’t possible, so if you’re looking to do still-life work or anything else that requires millimetre perfect framing then you’d almost certainly be better off with a geared three-way tripod head. Yes, you can take your time and use the spirit-levels to set up  shots with level horizons, but for quick-response work and for images that you’re happy to crop and/or straighten at the post-processing stage, a ball-head provides the easiest quickest operation of any tripod head design.

Using a smaller camera body and lens, we were even able to find a ‘sweet spot’, where the ball-head allowed us to move the camera, but also could also support it of its own accord when we took our hands away. We don’t mind admitting that we’d be a lot less inclined to put our trust in a similar ‘sweet-spot’ when using a larger, heavier telephoto lens though!

The metallic head plate that attaches to your camera is coated in a non-slip material that helps to ensure that your camera doesn’t move around once it’s been securely fastened on using the ¼-inch bolt. 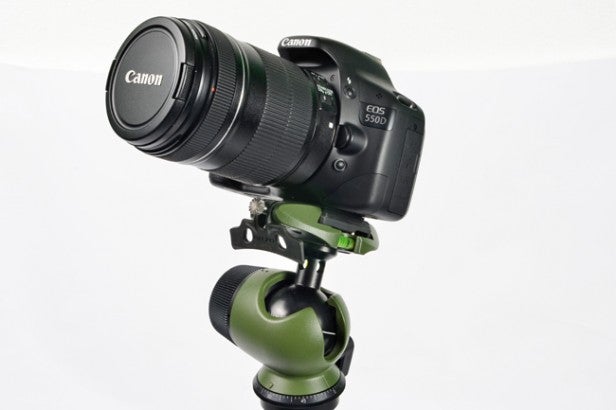 This plate slides front-first into place on the ball-head’s platform, where it is held securely in place via a two-pin mechanism (one fixed, one quick-release) that prevents the plate from accidentally slipping off. To release the plate you need to press the button located underneath the spirit bubble on the side.

Once your plate is on, it’s tightened via the locking mechanism on the other side from the quick-release button. This consists of a tension-adjustment screw and a hinged metal lever that locks it into place. Initially this can be a little fiddly to set-up correctly, although once you’re done so it’s pretty straightforward and will keep your camera plate totally secure and unable to move.

This being a premium Gitzo product, overall build quality is pretty much faultless. Gitzo claims to only use the highest grade of magnesium, with the end result being some 30 per cent lighter than aluminium. Each individual piece looks to have been precisely casted too so that everything fits together perfectly. In this respect the GH2780FQR represents precision engineering at its finest. Even the eggshell camo-green paint finish feels nice to the touch.

Verdict
The GH2780FQR is an example of precision engineering and clever design combining to produce a truly outstanding product. If you’re looking to go down the ball-head route and you have the funds, then the GH2780FQR is guaranteed to impress.