If you’re looking for a budget headset for your PC or console then the Gioteck EX-05s might just be what you’re after. Available to buy for as little as £23, it’s the cheapest over-ear headset we could find that is compatible with the PS4.
The low price means that you’ll have to live with some compromises, however.

Build quality is surprisingly robust for such a low cost headset. The majority of the ear-cups are made of cheap shiny black plastic but are offset by some soft touch side panels. They are attached to the headband by solid black metal (yes that’s right metal) adjusters. 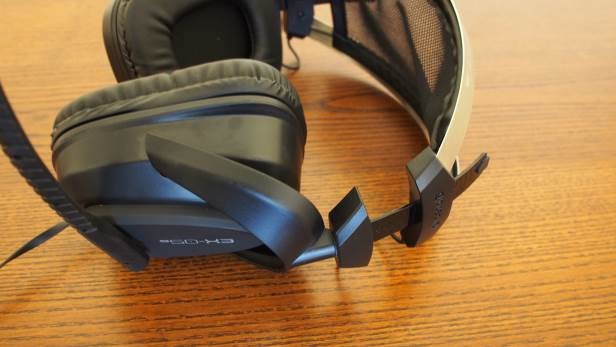 There’s more quality material on show on the band itself, which is made of stainless steel. A metal headband on its own would be uncomfortable, but the Gioteck EX-05s uses a thin breathable mesh which rests on the top of your head.

It works a bit like a trampoline and is actually very comfortable, in fact we’d like to see this design on more premium headsets. Unfortunately, the ear-cups aren’t quite as good.

The Gioteck EX-05s has plenty of padding on the cups and they rotate and flex enough to find a comfortable position, however the faux-leather covering doesn’t breathe at all and heats ears up quickly. We’ve experienced this problem on other, more expensive, headsets, too though. The cups also provide a reasonable amount of passive noise cancelling which means you won’t be disturbed by the general hubbub in your home. 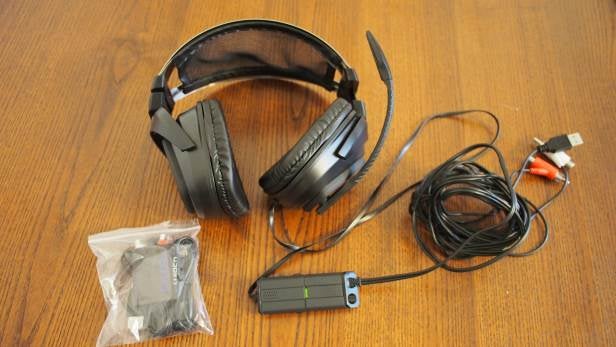 At around 12 feet the cable is enough to let most people sit on the sofa while gaming on a console. However on a PC the cable length becomes a disadvantage and ends up becoming tangled and a general nuisance. Also, if you’re considering getting the Gioteck EX-05s for your PS4 then be aware that it connects to the console as well as to the Dual Shock controller. Your living room can end up looking like it’s inhabited by a spaghetti monster. 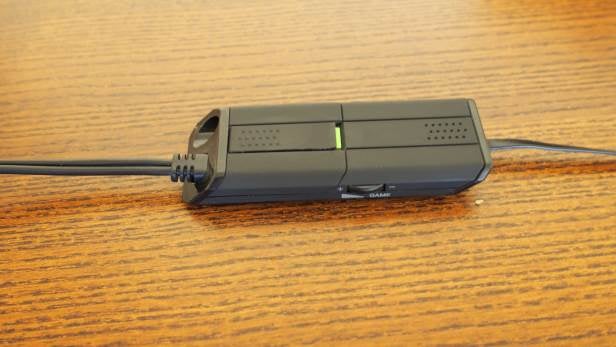 Some basic controls sit within easy reach of your hands, about two feet below the left ear cup. You get voice and audio volume adjustment as well as an awkward mute button that is difficult to operate one handed or on the fly.

You’d be right not to expect excellent sound quality from a headset that costs so little, but the Gioteck EX-05s really falters in this department. The first problem occurs with voices, which tend to hiss, particularly at higher volumes. S’s sound harsh and are over-pronounced, which makes playing games with any voice acting, like Divinity: Original Sin, annoying and watching movies at high volume levels a no-go.

The mid-range also lacks clarity and tends to muddle sound. Detail in music is lost and you’ll sometimes struggle to comprehend the direction of footfall or bullets in games like Battlefield 4. This isn’t helped by the stereo imaging, which is a little off.

Our panning test showed that the Gioteck EX-05s favours the right driver a little more than the left. This means that you don’t get the most faithful stereo image with the Gioteck EX-05s headset, although you’re unlikely to notice this too much while in the throes of blasting away on a favourite FPS.

It’s not all bad – the low end is decent, with bass offering acceptable levels of depth for the price. 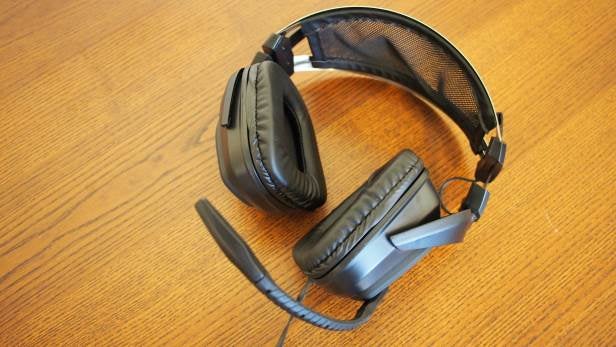 A thin flexible plastic boom supports the Gioteck EX-05s’s mic. It is robust, remains almost exactly where you place it and offers solid voice recording, with the output sounding clear and precise. Noise cancellation is clearly lacking, though, and almost any volume of ambient noise in your environment will be broadcast to every player on your team.

If you really can’t splash out any more, then the Gioteck EX-05s is a solid option, and certainly better than using the often weak speakers on an LED TV. If you can afford to stretch to the £60 Turtle Beach PX22 then you’ll have a headset that works well with movies as well as with games.

Alternatively , f you can splash out even more on the £80 on the official, wireless, PS4 headset then you also won’t have to mess around with any cables.

The surprisingly decent build quality and comfort is let down by several audio compromises, especially at higher volumes. At just £23, though, the Gioteck EX-05s is a solid stop-gap for the frugal gamer who needs a headset.

Next read: Xbox One vs PS4