The Gigabyte Z170X-Gaming 7
is among the highest-specified Z170 boards in the company’s current
lineup. Packing in Killer LAN, two M.2 SSD slots and a host of other
high-end features, it also includes multi-colour lighting that can be
changed to suit the rest of your system’s scheme. All this and
it has the performance to push your other components to their limits.

I’m not really a huge fan of the Gaming 7’s design.
Its black PCB with white and red highlights just looks too gaudy.
In fairness, it does feel of a high quality though, with a matte finish to
the PCB and a generally tidy layout.

There’s also plenty to like about this board when it comes to features – as you’d hope considering its high-end aspirations. 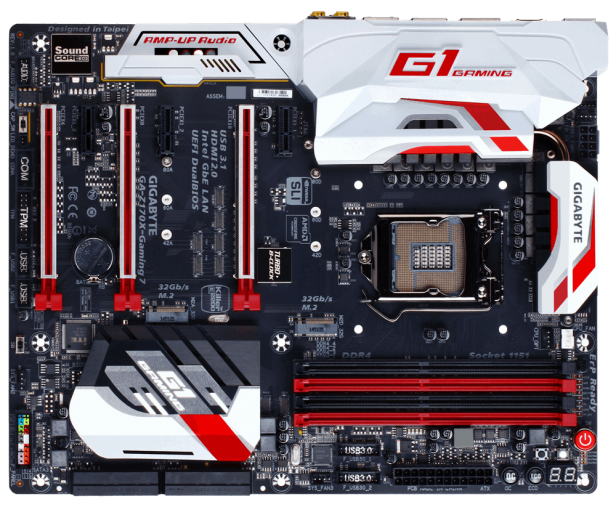 The
most obvious feature when powered up is the Trace Path LED lighting,
which sees a strip of light run round parts of the top of the board as
well as providing downlighting for the rear IO panel – which means you won’t need a torch to see where to plug in your peripherals.

In addition, the colour of the lighting can be changed, so you’ll easily be able to match it to the rest of your system’s lighting scheme.

Also included is a host of features that are sure to put a smile on the faces of both overclockers and tinkerers. Onboard power and reset buttons are joined by an LED post
readout, colour-coded front-panel headers, clear labelling on all the
other main headers, chunky graphics card release clips, single-sided RAM
clips, conveniently right-angled SATA ports and a host of fan headers
along the top edge. 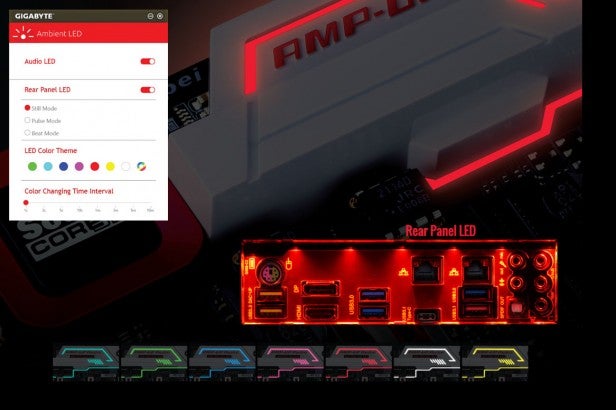 Storage is a step above what you’d normally find too: there are two SATA Express and M.2 SSD slots.

As
you’d expect of an enthusiast board, there’s a hefty 12-phase power
circuit for better stability when overclocking, with an accompanying
heatpipe-based cooling system.

The board will also support up to
three graphics cards, with either triple-CrossFire or quad-SLI (two
cards with dual-GPU) supported.

Joining the gold-plated audio outputs on the rear IO are Killer LAN, standard Intel Ethernet along with two USB 3.1 ports (one is Type-C).

There are only five other USB 3.0 ports, however, which is less than some boards offer. You do get a further four ports via internal headers, so it’s possible to hook up front-panel connectivity, but we’d still like to see a few more on the rear.

Unlike the ASRock Extreme 4+ and Gaming 6+, there’s no CMOS clear button on the back panel, which would have been a rather useful feature.

The Z170X-Gaming 7 really shows what it’s all about during CPU and GPU performance tests. It’s the the clear leader out of all the boards I’ve tested so far.

Its 659 score in the multi-core test of Cinebench R15 is four points ahead of the next best and beats the slowest board by 27 points. Likewise, it comes out on top in 3DMark FireStrike with a score of 10,802, some 79 points ahead of the worst board I’ve tested.

Of course, the real-world impact of that performance difference is minimal, but it highlights that a board that overclocks well will eek out the most performance when pushed.

What’s more, it delivers this level of performance without consuming too much power. The Z170X-Gaming 7 used just 26W while idling and 272W when under load, which compares to 40W and 288W for the worst boards I’ve tested. 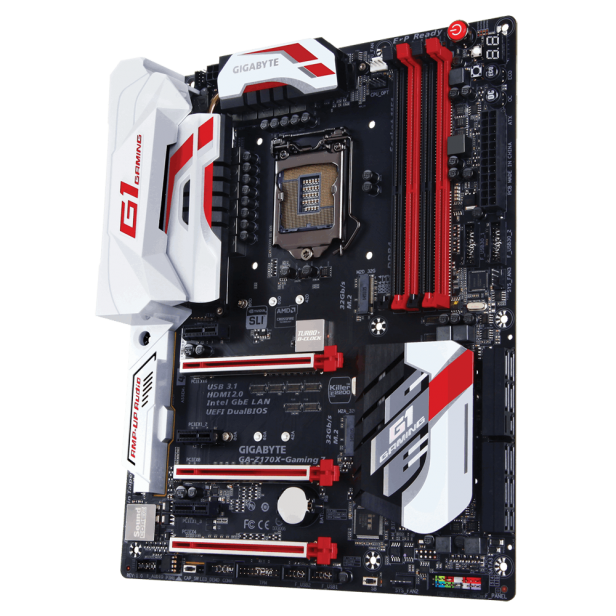 Should I buy the Gigabyte Z170X-Gaming 7?

Looks aside, the Gaming 7 is an excellent Z170 motherboard. It’s packed with features, has an excellent layout and delivers on the performance front too.

The only notable area where it could see improvement in terms of features is the relativity modest number of USB ports on the rear IO panel, but it’s a minor point.

If you want a high-end, feature-packed Z170 motherboard then the Gigabyte Z170X-Gaming 7 is a great choice. While it’s styling might not be to everyone’s taste, it offers up pretty much all the features you could possibly want, with superb performance to boot.