Performance in the U2442V is great. In PCMark 07, it got a score of 5,066 which is the highest we’ve seen recently, and sees the U2442V not only outperforming fellow highly rated Ultrabooks like the Samsung Series 7 Ultra (4,399) and Sony VAIO Duo 13 (4,748) but also the £1,730 14” Lenovo ThinkPad Carbon X1 Touch (5,056). This is an Ultrabook that punches above its lowly weight. Its Geekbench 3 scores were less impressive, clocking in 3,195 but we have more to compare the PCMark scores to, so we’ll give it the benefit of the doubt here.

As a gaming laptop, though, the moment you’ve been waiting for is its 3D performance. We’re pleased to report that in 3DMark it lived up to its promise, setting new high scores in both our Ice Storm (35,906) and Ice Storm Extreme (27,609) benchmarks, aimed at the high-end portables and entry-level desktops. 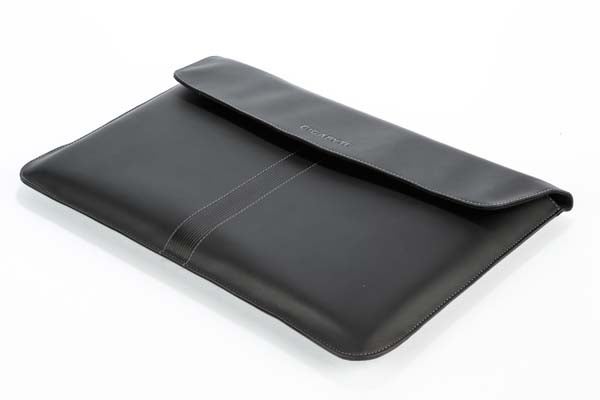 Of course benchmarks only get you so far, so we settled this by loading up a couple of old favourite games to see how they fared. Burnout Paradise was super smooth in 1600 x 900 with all the detail on high, but Crysis 2 was only just about playable in 1600 x 900 when we turned it to Direct X 9 mode. Even on its lowest settings, though, Crysis 2 is still an intensive game, so lots of modern games should run fine on the U2442V if you’re okay with turning down the detail a little.

Elsewhere performance in Windows 8 is smooth, fast and responsive, and the solid state drive means that boot up times are fast too. Our measurements found that a restart takes 14 seconds and a boot from cold just nine. Although our review model packed a 128GB SSD, Gigabyte also sells a version that comes with a SATA drive as well as the SSD, for people who need the speed as well as the storage space.

Even with day-to-day word processing and web browsing, you can hear the U2442V’s fans in action. It’s not hugely distracting, and you get used to it quickly, but there’s always some background noise. It’s not too loud, and would easily be drowned out by some Spotify music or a YouTube video. Despite this, it doesn’t seem to generate much heat that we found when being used in this basic way.

When we ran Crysis and Burnout Paradise though, it got very hot underneath. You’d know about it if you were playing games directly onto your lap, that’s for sure. The fan volume stayed pretty much the same throughout, however, so easily drowned out by game sound effects and music. 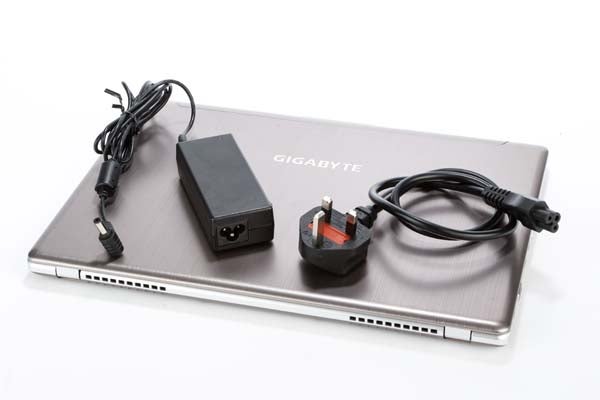 We found the battery life on the U2442V to be a little disappointing. Our standard battery life tests, which involve each laptop browsing, watching videos and word processing at 40% screen brightness found that this Ultrabook will only last three hours and 26 minutes. By reducing the brightness further and turning off wi-fi, you could eke out a little more but it still won’t be challenging the Sony VAIO Duo 13 any time soon.

Rather neatly, Gigabyte has included a function to quickly check the remaining battery when the laptop is switched off with an LED indicator and a right-click, so you’ll know whether to charge it quickly or not. On the subject of charging, a 30 minute burst will boost the battery by 30%, which provides just over an hour of real world usage.

Used as our main laptop for the review period
Tested for at least a week
Used consistent benchmarks for fair comparisons with other laptops
Reviewed using respected industry benchmarks and real world use
Previous
Gigabyte U2442V Review Next
Keyboard, Touchpad and Verdict Review