The Gigabyte’s main components are familiar forces. The GTX 1070 is one of Nvidia’s best GPUs, and the notebook variant deployed here has a 1443MHz core, a 1645MHz boost clock and 2,048 stream processors – with all of those numbers comparable with the desktop card. It’s the same hardware that was included in the HP Omen 17, which boasted a 17.3-inch screen. 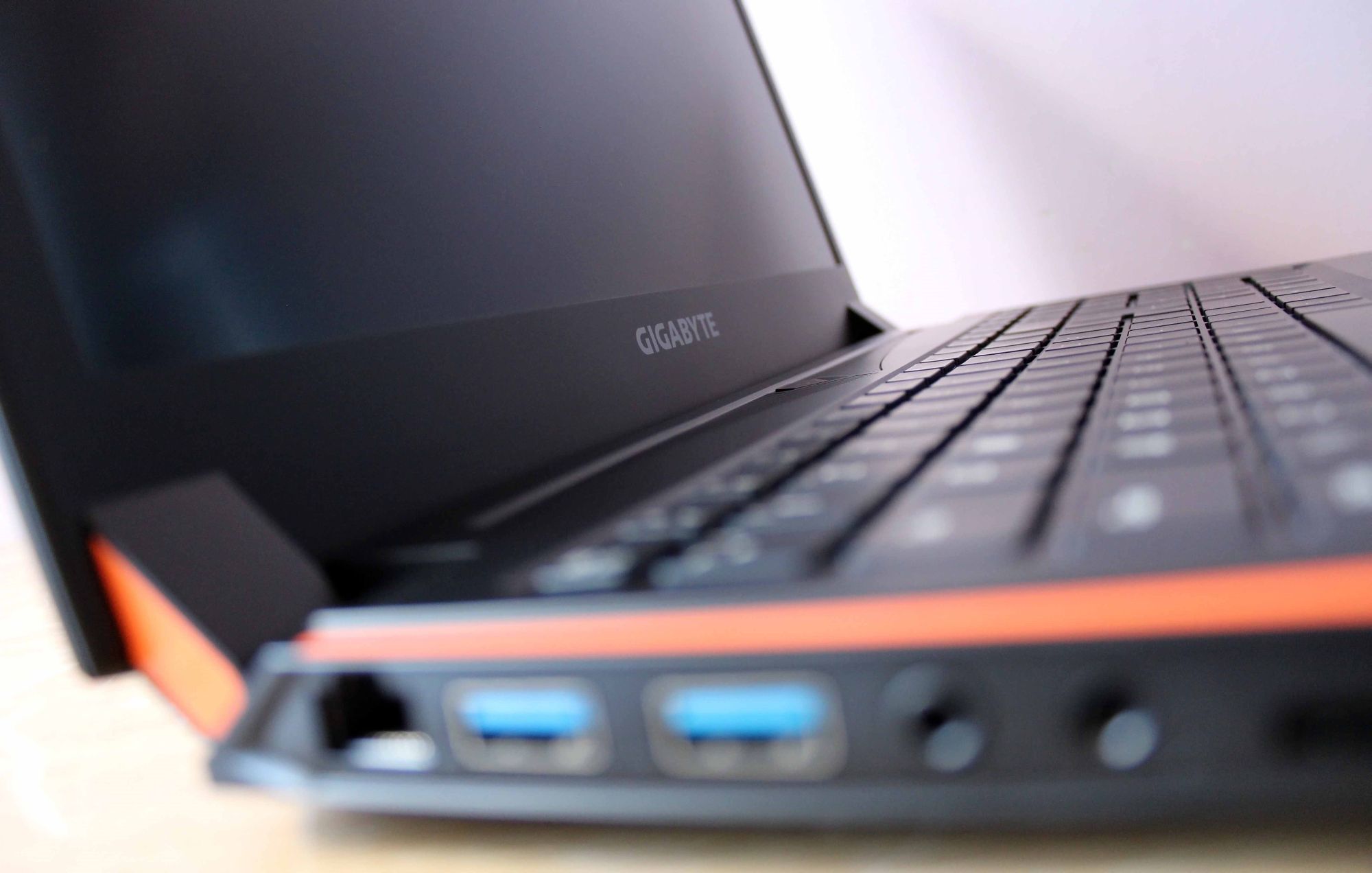 The GTX 1070 delivers excellent performance, especially at the screen’s Full HD native resolution. Its average of 96.3fps in Tomb Raider is three frames ahead of the HP, and it blitzed through Middle Earth: Shadow of Mordor at 129fps – about eight frames beyond the Omen.

The Gigabyte’s good performance continued in 3DMark’s Ultra test, where it scored 3940 points. That’s only about 11 points behind the HP, which isn’t a big enough gap to make a difference – and no surprise considering their identical graphics hardware.

Those excellent scores mean that this machine will play any game at 1080p, but that’s not all – there’s enough power to output to 1440p panels and VR headsets too.

The Core i7-7700HQ is used in basically every high-end gaming laptop these days. Its four cores and 2.8GHz stock speed ensure that it will avoid bottlenecking triple-A titles and tough applications.

The Gigabyte’s Geekbench single- and multi-core scores of 3776 and 13,757 are entirely what I expected, and comparable with the HP, which was quicker in the single-core test but slower when multi-tasking.

The processor is partnered by a LiteOn SSD, which offers 256GB of space and read and write speeds of 2,377MB/sec and 782MB/sec. The former result is good, but the latter is middling – and neither figure can compete with the fastest NVMe drives.

It’s a good bill of health when it comes to pure performance, but the Gigabyte’s thermal performance was disappointing. This isn’t necessarily a surprise given the small heatsinks and fans beneath the base panel.

By default, the Gigabyte’s fan use Gaming Mode, which restricts the fans to a speed that’s short of maximum. This is fine when idling, when the laptop is virtually silent, but the noise barely increased during gaming – which saw the processor and graphics card reach 97°C and 90°C. 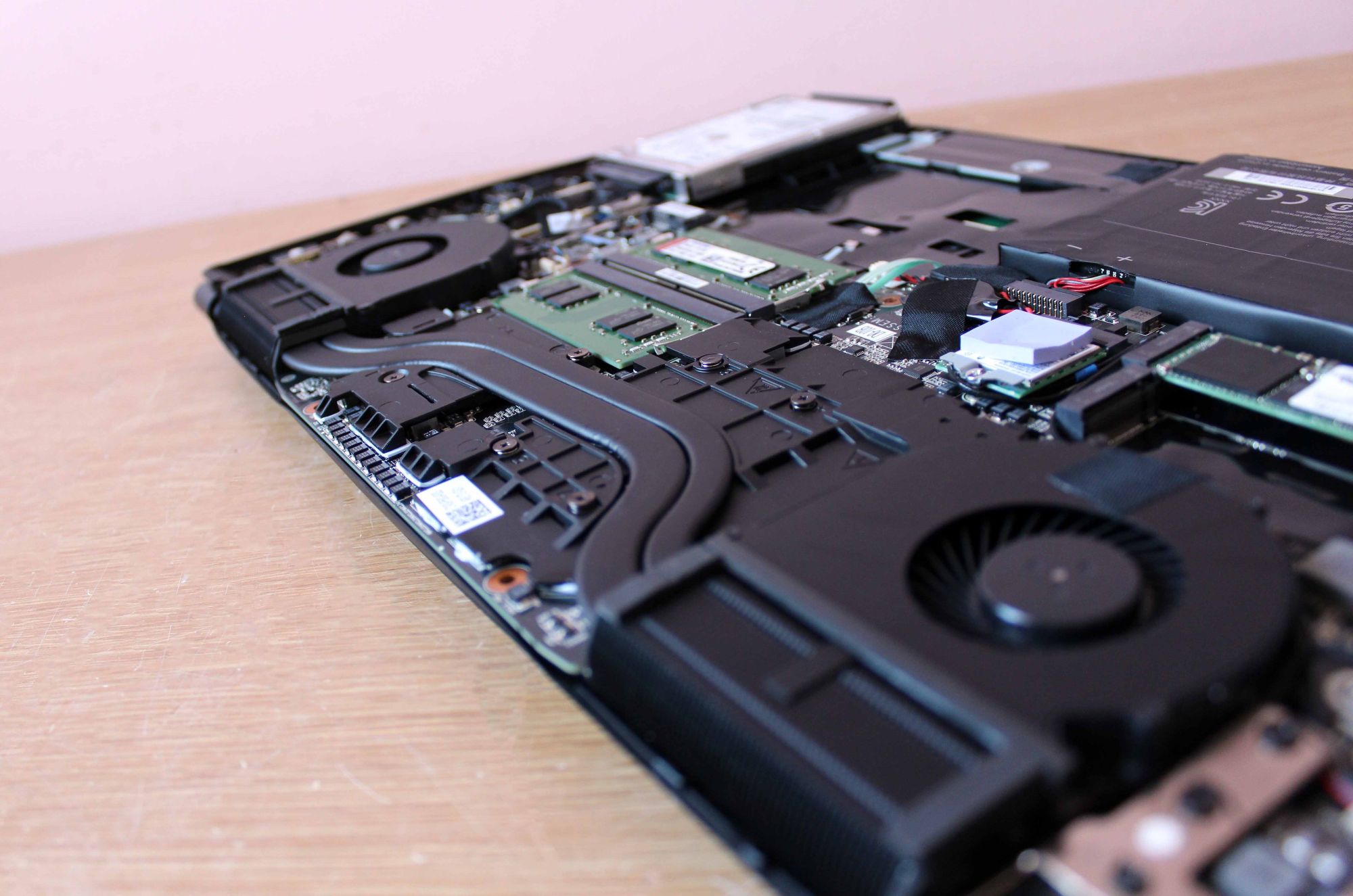 Both of those are too hot, and the heat makes its way to the outside, where the base and the area above the keyboard became noticeably warm. A full system stress-test didn’t increase the temperatures, but the exterior became hotter and the CPU throttled to around 2GHz. It isn’t loud at default settings, but it’s too toasty.

The Smart Manager app does have fan customisation options. Increasing the maximum fan speed to 90% during gaming brought the CPU and GPU temperatures down to 86°C and 76°C – the former is a little hot and the exterior is still warm, but those are still better.

Adding a CPU stress-test with the revised 90% fan speed caused the CPU to hit a peak of 95°C with the speed throttled to around 3.2GHz. That’s a tad better than the laptop’s default performance, but the exterior was still warm.

The situation is slightly better with the Gigabyte’s custom fan mode, but there aren’t any satisfactory answers: at default fan speeds the P56XT’s components and exterior are too hot, and ramping up the fan doesn’t solve those problems, while making the P56XT as loud as its rivals.

The HP returned a similarly disappointing set of thermal results, with a CPU that peaked at 97°C with plenty of noise. Neither of these laptops are subtle, but I can’t help but think that the Gigabyte would have been better with a little extra cooling gear. 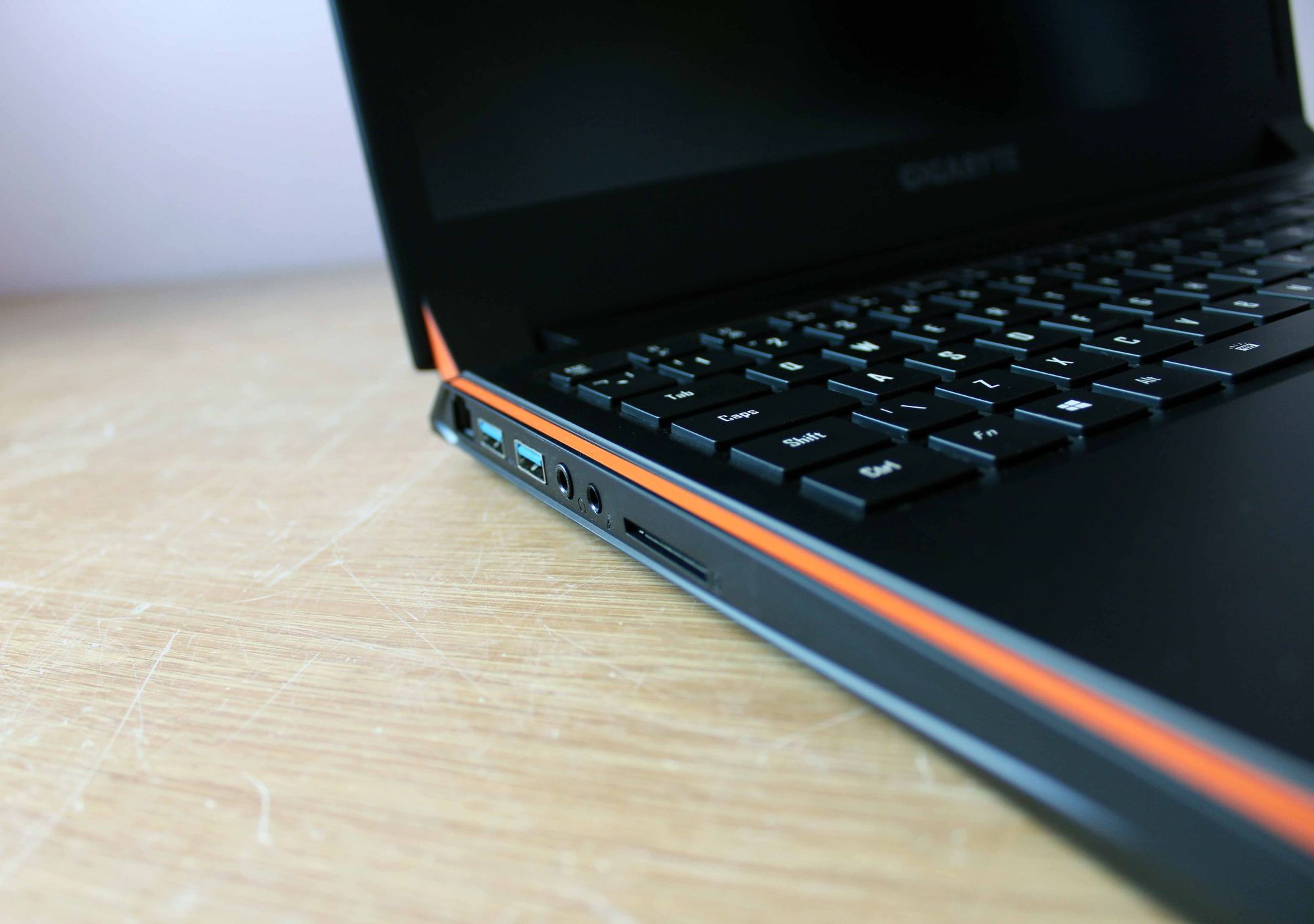 There were no surprises from the Gigabyte’s 91Wh battery, which lasted for 3hrs 12mins in an application test and for 1hr 18mins in a full-brightness gaming test. Both results are about half as long as the HP, although they’re level with most gaming machines.

Should I Buy the Gigabyte P56XT ?

It’s a litter faster than the HP in games and applications, but its battery life is half as lengthy as the HP Omen 17, and the screen doesn’t quite display the colour clarity of its rival. Gigabyte’s machine is more expensive than the HP, too – even though it’s physically smaller.

Both machines suffer similarly with heat and noise, and both have minor ergonomic issues.

If you’re set on a 15.6-inch model then this is a reasonably high-end machine, but the more affordable HP Omen 17 is slightly better.

The Gigabyte P56XT is a little quicker than its HP rival, and it’s solidly built – but it has a few issues. With a screen and battery life that are both middling, average ergonomics and heat issues, the HP offers a larger and superior device.