The Gigabyte’s strong build quality extends to the keyboard, which didn’t budge despite our frantic mid-game tapping. That bodes well for the P35X, and the layout is good – a numberpad, well-sized Return and Space keys, and a white outline around the all-important WASD cluster. 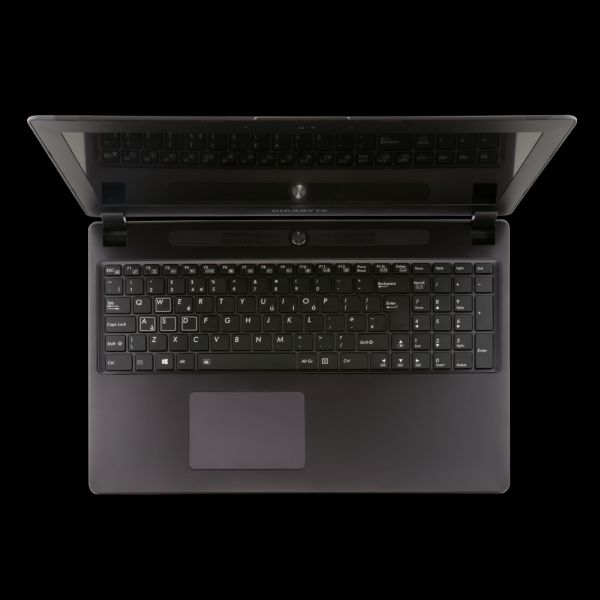 The keys have reasonable travel, and their action is consistent – important for a gaming machine where reliability is vital. It’s better than the Aorus’ flimsy effort, but it can’t match the SteelSeries gear installed into the GS60 – that keyboard has a rapid, consistent action that the P35X doesn’t match.

As ever, this is a Scabble-tile unit, which means it isn’t able to match the snappier action and better travel found on most mechanical keyboards, which we’d always use given the chance.

It’s the same story with the trackpad. It’s a reasonable unit for general use, but the buttons aren’t fast enough and don’t have enough feedback for high-octane gaming, even when compared to cheap USB rodents.

This isn’t the only system on offer in Gigabyte’s P-series of gaming notebooks. The next model down, the P35X V3-CF2, costs £1631 and cuts back in a couple of areas: it’s got a sensible 1080p screen, 8GB of RAM and a single 128GB SSD rather than a RAID array. It’s still got that mighty GTX 980M graphics core, and so it’s potentially a better option than the top-spec version we’ve reviewed.

The P35W costs £1,476 and has the SSD RAID array and 16GB of RAM, but it makes cutbacks in different departments – chiefly, the mighty GTX 980 GPU has been replaced with the GTX 970M, which has fewer stream processors and 6GB of memory. That’s another option, as the GPU will have ample power to play games on its 1080p screen.

One thing common across all of these notebooks is the two-year warranty. That’s a generous level of support that matches the deals provided with the Gigabyte’s competitors. 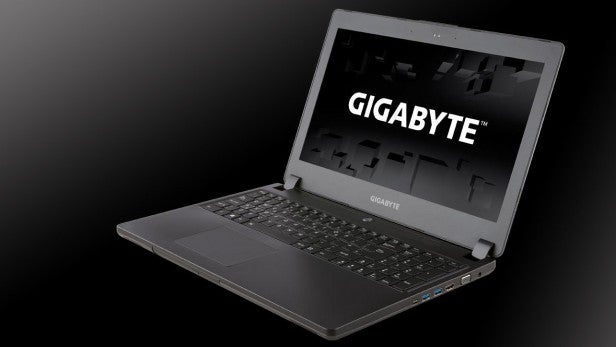 Should I Buy the Gigabyte P35X v3?

Gigabyte’s latest laptop is a pure power portable. Nvidia’s GTX 980M is a monster, and its prowess was demonstrated in benchmarks: at 1080p it’s miles ahead of the nearest rival, and it’s got the speed to play top titles relatively smoothly at native resolution.

That’s impressive, but it’s tempered by weaknesses elsewhere. The screen’s high resolution could cause problems and, aside from that, it lacks in quality – in most departments the Gigabyte’s panel is beaten by competitors.

Battery life isn’t great, and the P35X is a smidgen bigger than its rivals. It also suffers from familiar gaming laptop bugbears, from a noisy cooling system to a Scrabble-tile keyboard.

The P35X is more expensive than the competition, but it justifies the extra cost with such an impressive GPU. If you want a laptop that’s got more gaming power than anything else, this is worth the cost – but other machines are stronger in more departments while costing a bit less. If don’t the absolute ultimate in performance, we’d pick the Auros X3 Plus over this.

Gigabyte’s latest throws down the gauntlet thanks to a GPU that’s more powerful than anything we’ve ever seen in a laptop, but its impressive gaming potential is hampered by a poor screen, middling ergonomics and a lack of battery life.

Check out our other recent laptop reviews, or click here to discover 2014’s best games.