The chipset at the heart of this Gigabyte GA-G31MX-S2 is the Intel G31 which sits squarely at the bottom of the Intel 30 series of chipsets. There are currently seven members of the 30 clan with model codes that describe their intended market and performance. A prefix P is for Performance, Q for Corporate (Quality we reckon) and G for Graphics, while 35 is high-end, 33 is mid-range and 31 is low-end. 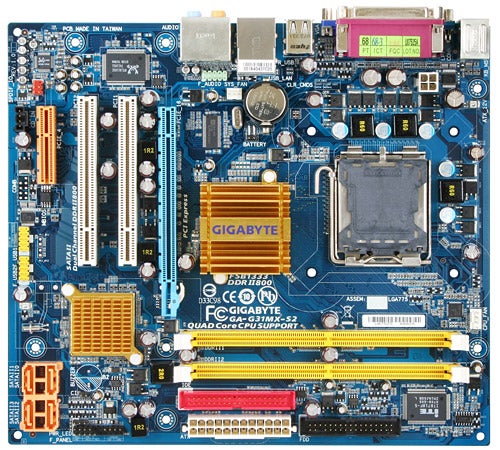 When X38 launches next month it’ll be classified as an Xtreme part that is super high-end with support for PCI-E 2.0 while the relative positions of the existing chipsets will remain unchanged. Between them they offer a huge variety of features – more than any chipset family I can think of off the top of my head, although Riyad may have views on this one. 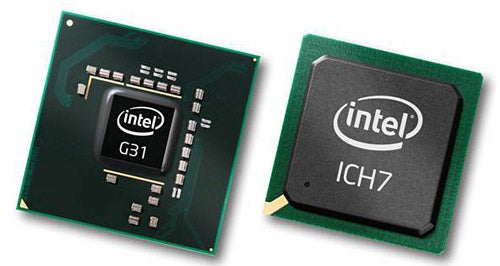 Although P31 and G31 have model names that suggest they are bang up to date they appear to be technically inferior to P65 and G965 so with that in mind let’s take a careful look at this Gigabyte.

It’s a Micro-ATX design that is a curious mixture of the old and the new. Starting at the I/O panel there are legacy Serial and Parallel ports alongside four USB 2.0 ports, Gigabit LAN and six audio mini jacks. Four USB is the bare minimum we consider acceptable on a modern PC but there are two headers on the board that support four more USB ports so provided you have a suitable case you’ll be OK. Having said that, you don’t get any USB brackets in the box. 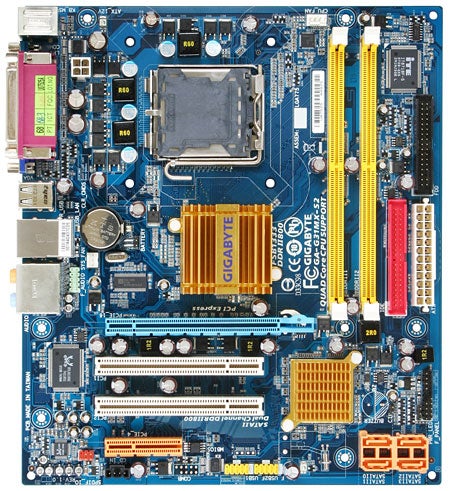 The Realtek audio is a little basic and while it supports Intel’s HD audio with a full eight channels there are no digital connections. The biggest let-downs on the I/O panel are lack of FireWire and the VGA output for the graphics. This might well be a deliberate ploy by Intel as the GMA 3100 graphics core is rather feeble and doesn’t support any clever video features apart from motion compensation. If you want proper video decoding like Intel’s TV wizard or HDMI output then you need the G33 chipset rather than the G31. Even so it would have been nice to have a DVI output to support a TFT display without any need for an adapter.


While we’re knocking GMA 3100, it’s worth pointing out that it is a Shader Model 2 part with support for Vertex Shader 2.0a and Pixel Shader 2.0, but frankly it doesn’t matter as the graphics have no hope of playing any game more testing than FreeCell.

Turning to the layout of the board the four SATA connectors are neatly parked down in one corner in line with the PCI-E x4 expansion slot. It makes sense to include a x4 slot as the chipset supports a total of 20 PCI-E lanes but PCI-E expansion cards are thin on the ground so it’s all a bit hypothetical.


We weren’t best impressed by the way that the graphics slot is jammed up against the memory latches and you’ll have to do some fancy work with a biro or screwdriver to work the retention latch if you want to remove a graphics card from the depths of your case.

You only get two DDR2 memory slots but that’s hardly likely to hold you back or upset your plans for an upgrade and neither should the lack of RAID on the ICH7 Southbridge cause any concerns. There is some merit in using the old ICH7 as it has native support for an IDE connector, unlike Intel’s more recent chipsets which have inexplicably dropped this part. The IDE, floppy and main power connectors are outboard of the memory and are easy to reach but the four-pin ATX 12V connector is in an awkward location behind the I/O panel and between some tall capacitors – all rather too close to the processor socket as well.


There’s a spare system fan connector but we doubt that you’ll need it as the Gigabyte is a cool customer. It helps that the Core 2 Duo needs very little cooling and when we ran the GA-G31MX-S2 with a Core 2 Duo E6750 at 2.67GHz with 2GB of OCZ Reaper memory and a Sapphire Radeon X1950GT graphics card, the passive heatsinks on the board remained cool to the touch. 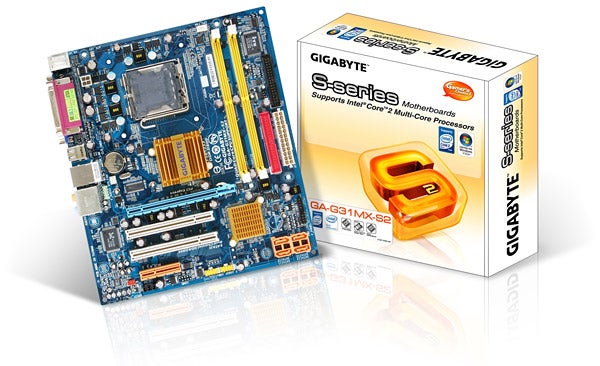 The Northbridge cooler ran at 35 degrees during benchmarking and the Southbridge cooler was only a little warmer at 43 degrees. When we overclocked the CPU to 3.20GHz the temperatures rose slightly to 37 degrees and 49 degrees respectively but we don’t recommend overclocking this board as it causes problems. The processor we used has happily run at 3.52GHz on a 440MHz FSB on other motherboards but here it topped out at 3.20GHz and start-up was an unpleasant process where the Gigabyte declared that ‘No Boot Drive was present’ shortly before Windows did, indeed, start.


At 3.36GHz we could run PCMark05 but 3DMark06 caused the PC to restart. Mind you, according to Intel our E6750 shouldn’t have run in the first place as the G31 isn’t supposed to support the new 333MHz/1333MHz FSB. Happily Gigabyte disagrees.


The GA-G31MX-S2 is absurdly cheap and it’ll be absolutely fine if you’re building a basic Core 2 Duo PC for your mum. However, gamers, home entertainment enthusiasts and overclockers should give it a wide berth.